An alphabet is a system used to represent language in written form. Each letter stands for a single spoken sound. Many languages use alphabets. In Japanese and Cherokee each symbol represents a group of sounds. In Chinese symbols represent the meaning of words, not their sounds.
People in early societies drew pictures to communicate ideas. The Phoenicians, who lived about 3,000 years ago in the Middle eastern country now called Syria, developed the first modern alphabet. However, it contained only consonants. Greek alphabet is considered the first true alphabet, because it contained both consonants and vowels. Greek alphabet is the ancestor of all modern European alphabets, including Latin. The ancient Romans developed the Latin alphabet. As the Roman Empire grew, the Latin alphabet spread throughout the empire’s vast lands.

The ancient Egyptians used hieroglyphics, a system of picture writing.
In traditional Chinese writing, symbols called pictograms are used to represent ideas. There is a different character for every word.
The modern Hebrew and Arabic alphabets developed from the Aramaic alphabet.
Writing system of India, called Brahmi, dates back more than 2,500 years.
The Cyrillic alphabet was created more than 1,000 years ago. People in Russia, Ukraine, Bulgaria, Serbia use versions of the Cyrillic alphabet. 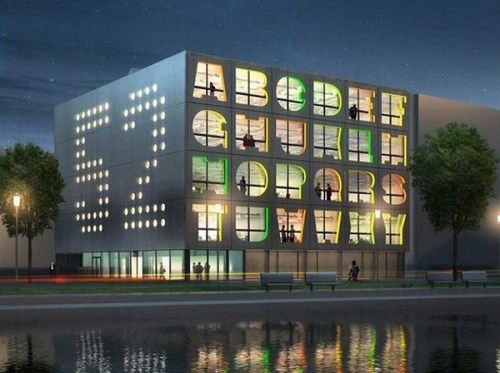 Interesting facts about alphabets
– The Hawaiian alphabet consists of 12 letters.
– The most used letter in the English alphabet is E and the least used is Q.
– The letter W is the only letter in the English alphabet that has 3 syllables (the rest ones have only 1 syllable).
– The Cambodian alphabet consists of 74 letters.
– The letter O is the oldest letter in the alphabet (it was in the Phoenician alphabet, about 1300 BC).
– The inhabitants of Papua New Guinea speak almost 700 languages (this is about 15 percent of all the world’s languages).
– There are more than 1000 different languages on the African continent. And the Berber language in North Africa does not even have a written form.
– The Chinese hieroglyph denoting “difficulty, trouble” is portrayed as two women under one roof.
– “Almost” is the longest word in English, in which all letters are arranged in alphabetical order. 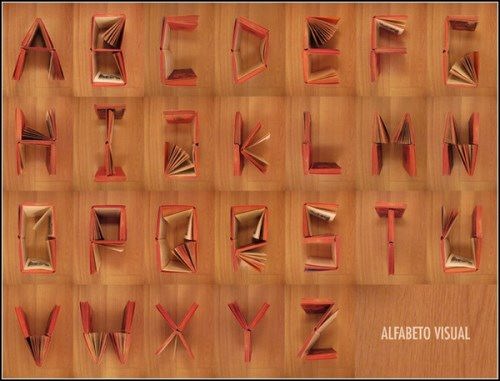 Alphabet made from books. The project by Sonia Lamera

– In ancient Egypt, apricot was called a “sunny egg”.
– The word “metro” in Japanese is composed of three hieroglyphs, meaning “bottom”, “soil” and “iron”.
– Artificial international language Esperanto was created in 1887 by the Warsaw doctor L. Zamenhof.
– There are only six official languages in the United Nations: English, French, Arabic, Chinese, Russian and Spanish.
– In the Eskimo language, there are more than 20 words for snow.
– Today there are approximately 6,500 languages in the world. However, 2000 of them are on the verge of extinction.
– The Universal Declaration of Human Rights was translated into 321 languages. No other document has been translated into as many languages.
– Latin, which is a dead language, is, nevertheless, the official language of the Vatican. 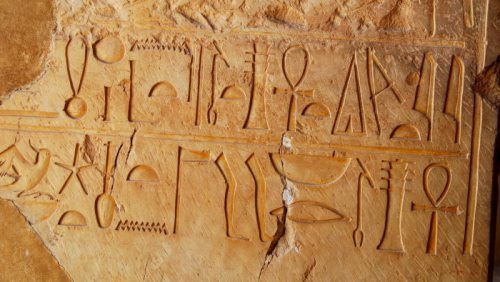 – The sentence “The quick brown fox jumps over the lazy dog” is unique because it contains all the letters of the English alphabet.
– Braille Font is the tactile writing system. It was invented in 1821 by the blind Frenchman Louis Braille. Today Braille Font has been adapted to a huge number of languages around the world.
– Cuneiform is the earliest known writing system in the world. It first appeared in the 34th century BC. For more than 3000 years cuneiform was very common in the Middle East, but gradually it was replaced by the Aramaic alphabet. Finally, cuneiform disappeared in 100 AD. 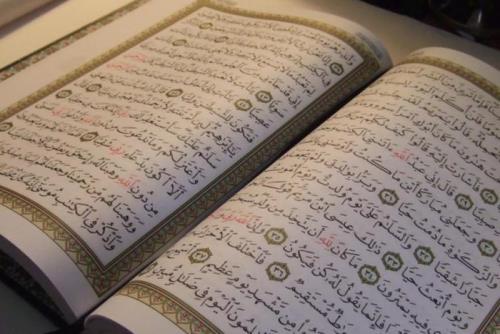 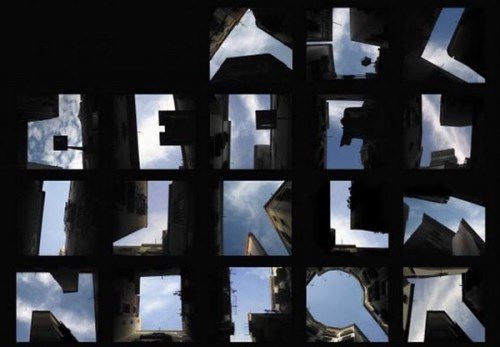 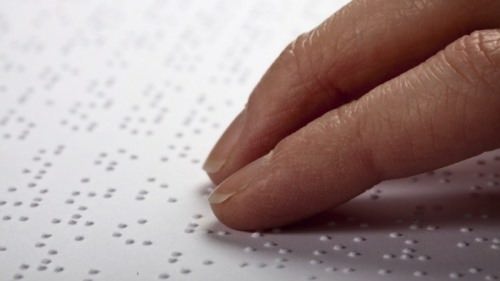 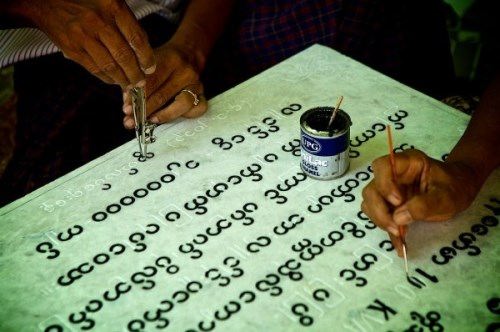 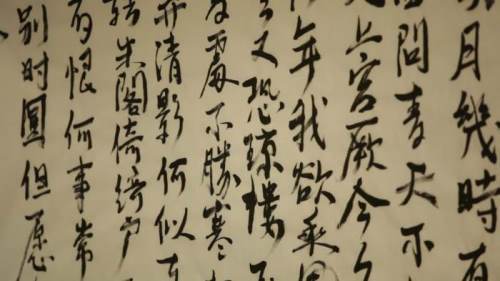 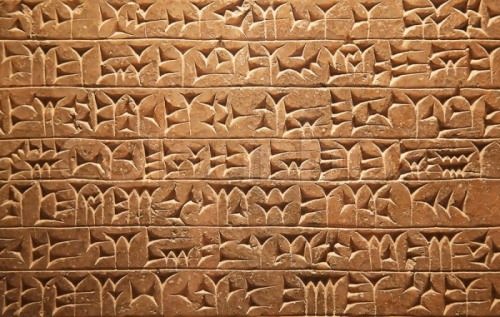 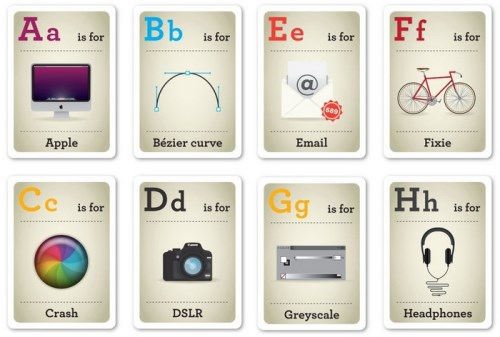 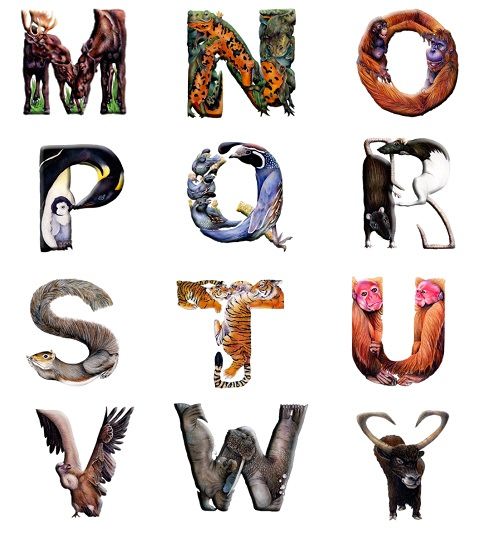 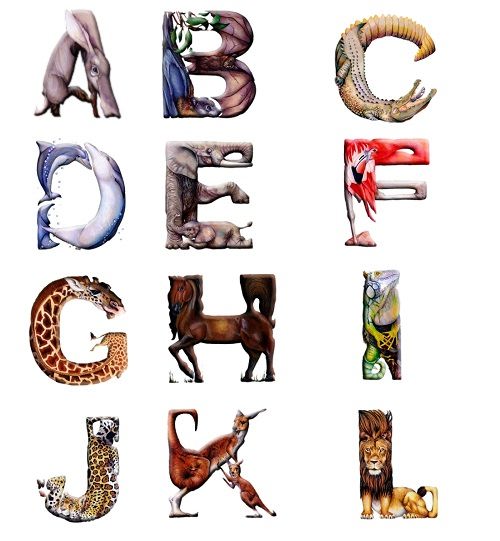 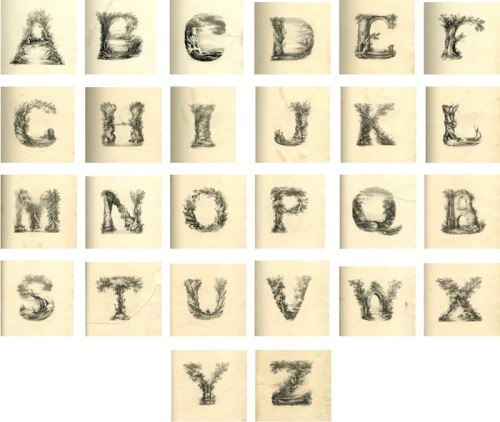 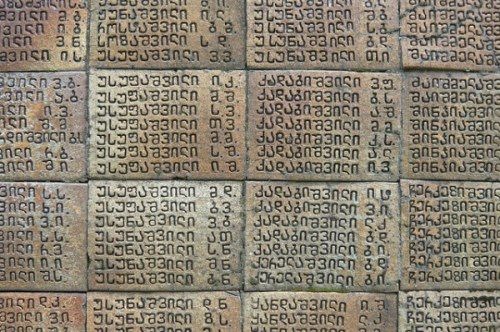 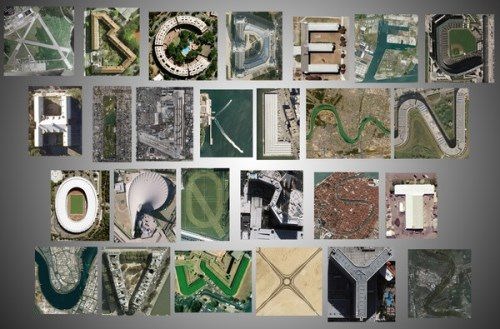 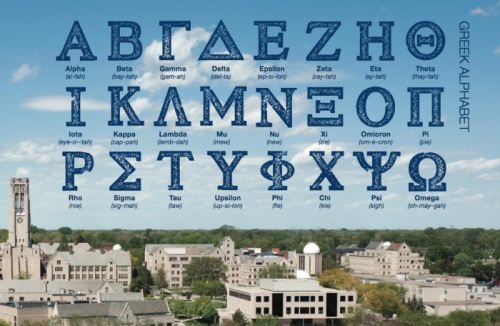 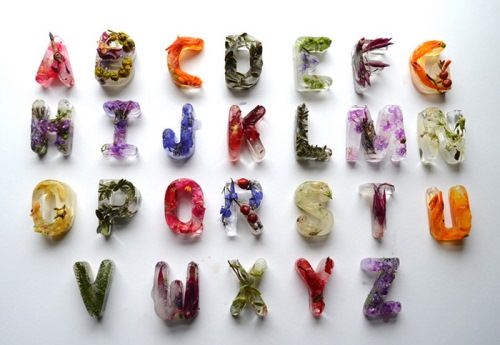 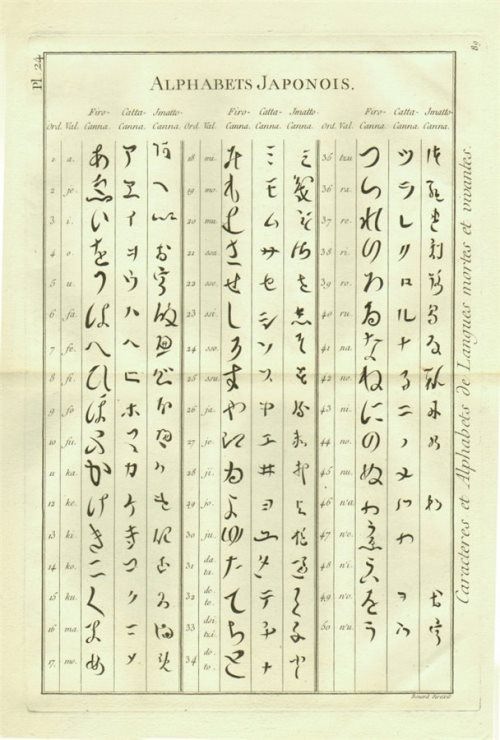 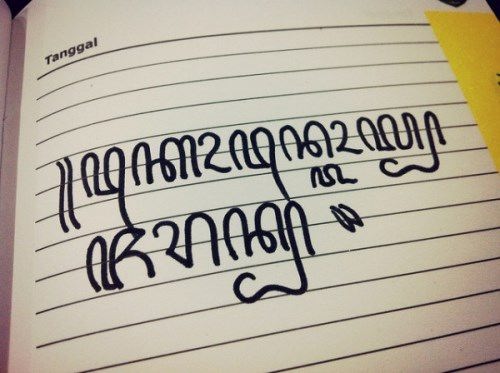 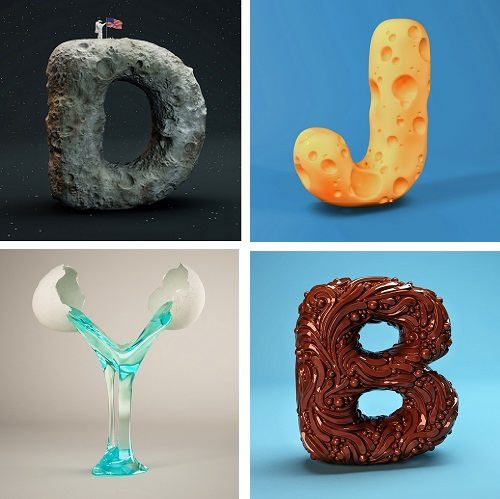 Letters by the design studio FOREAL 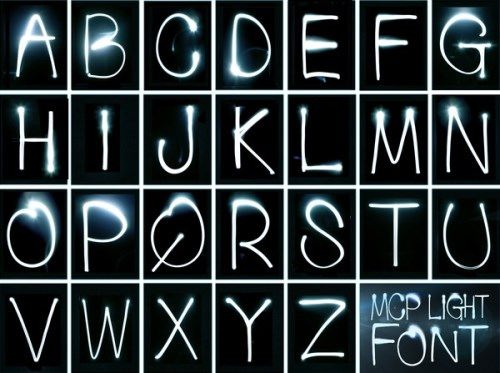 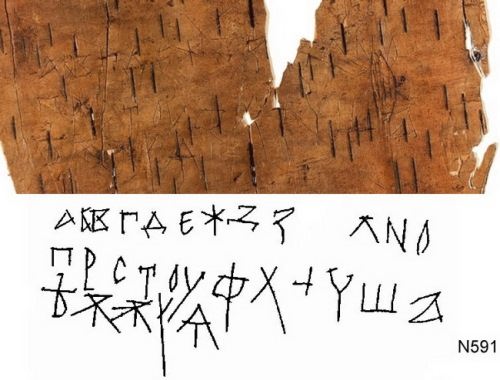 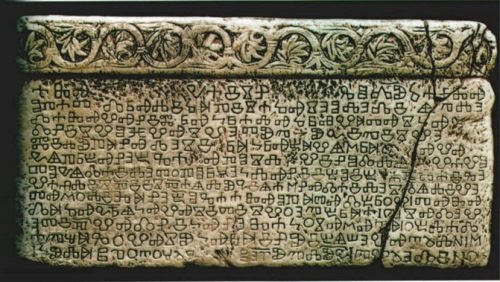 One of the oldest known monuments of Glagolitic script, XI century 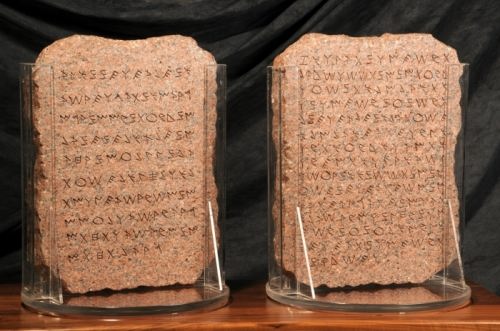 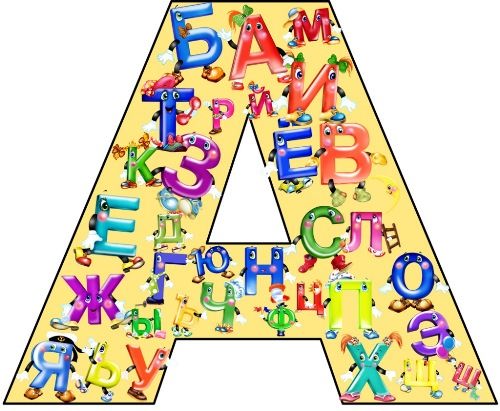 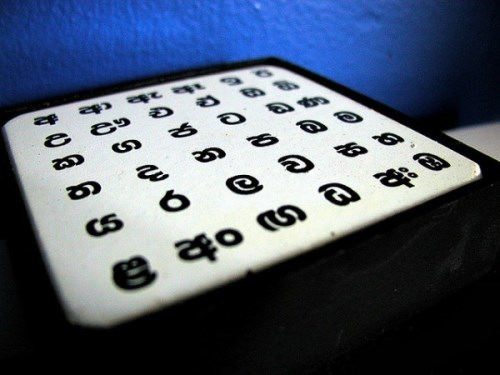 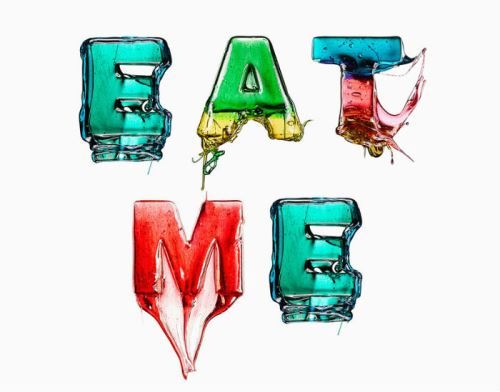 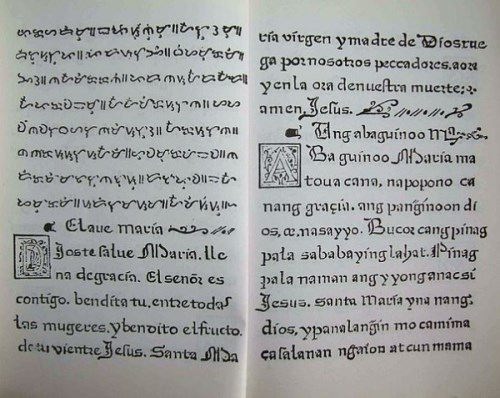 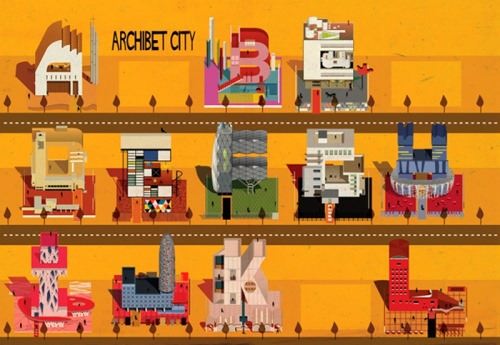 The architectural alphabet by Federico Babina