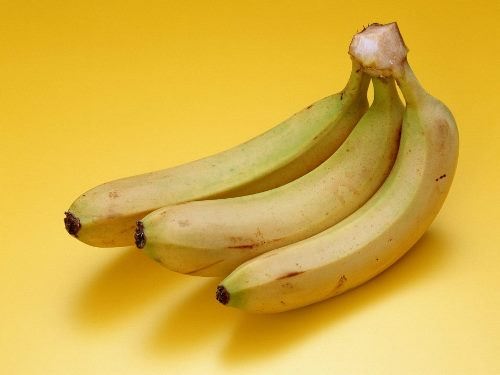 A banana plant is considered to be a large herb, because it does not have a woody trunk like a tree. It may grow to a height of 6 meters or more. Its leaves are 3 to 3.5 meters long. One bunch, made up of several clusters, grows on each plant. Each cluster has 10 to 20 bananas. After the bananas have been picked, the plant is cut down and six months later new shoots grow from the underground stem. The flowers are arranged in a group with male flowers at the tip and female flowers below. The flowers produce nectar and attract birds and bats, which pollinate the flowers.
Bananas originally came from Asia. Banana plantations are a big business in South Asia, Africa, Central and South America, and the islands of the Caribbean Sea. Bananas are picked while they’re still hard and bright green.

People use bananas to make delicious cream pies, cakes, breads, and fruit salads. However, some bananas are served as a vegetable. Bananas are a highly nutritious food. They are full of vitamins and contain potassium. Bananas contain more vitamin B6 than other fruits. It is known that this vitamin is responsible for a good mood.
Bananas are also sometimes cultivated as ornamental plants in gardens and parks. They can be yellow, red, green, black, golden. 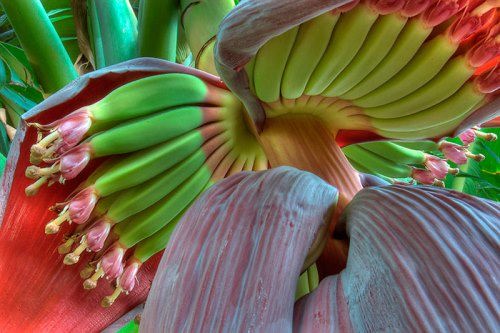 Interesting facts about bananas
– The first president of Zimbabwe was Canaan Banana.
– Mait Lepik from Estonia won the world’s first speed banana eating competition. He managed to eat 10 bananas in 3 minutes.
– In Latin banana is called “musa sapientum”, which means “muse of wisdom”.
– Egg Banana Festival is held annually in one city in the north of Thailand. It takes place after harvesting.
– Banana peels can be used as an excellent fertilizer for rose bushes.
– Banana is the healthiest food for our heart, because the potassium helps to strengthen the heart muscle and normalize the pressure.
– The banana flower in India is the analogue of a bride’s veil. It symbolizes the purity and innocence of a girl.
– Doug Rankin painted wonderful pictures using stamps made of banana tree leaves and trunk. 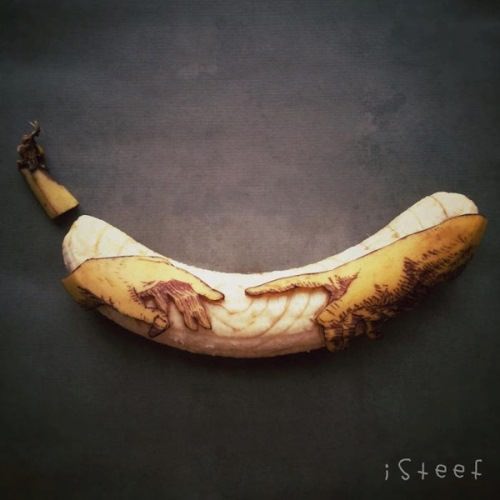 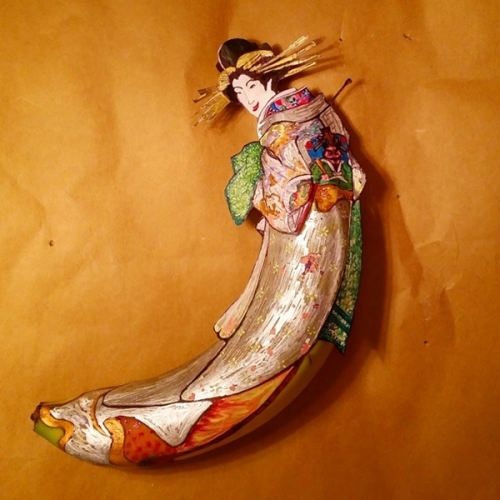 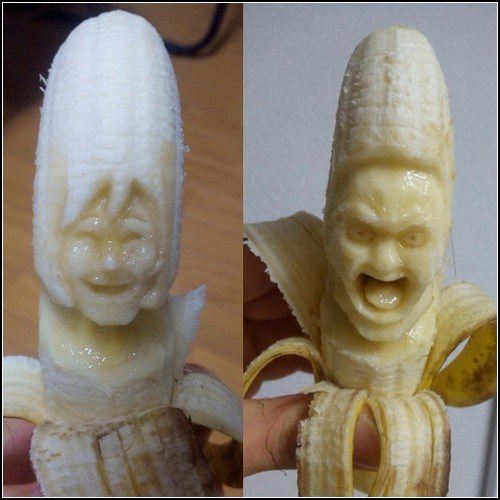 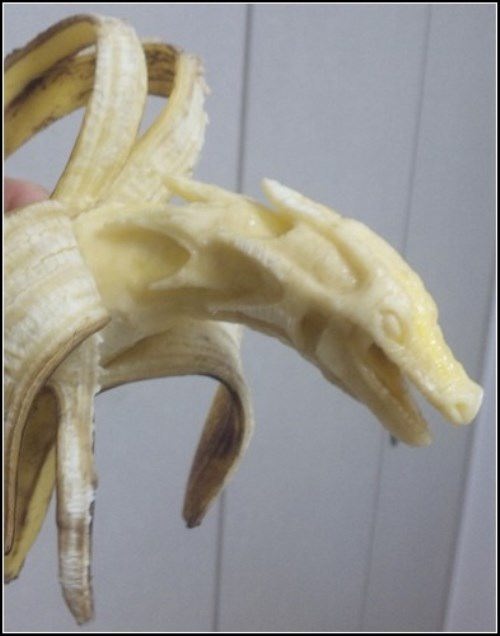 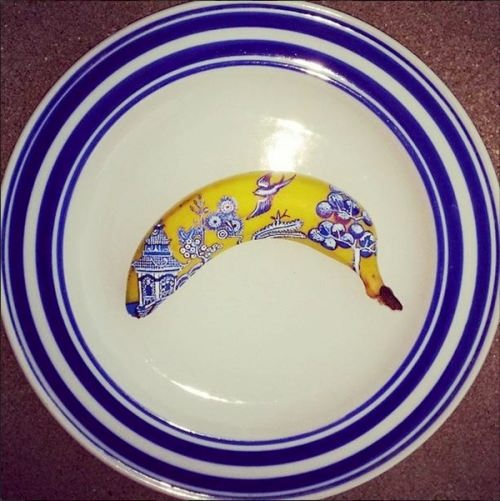 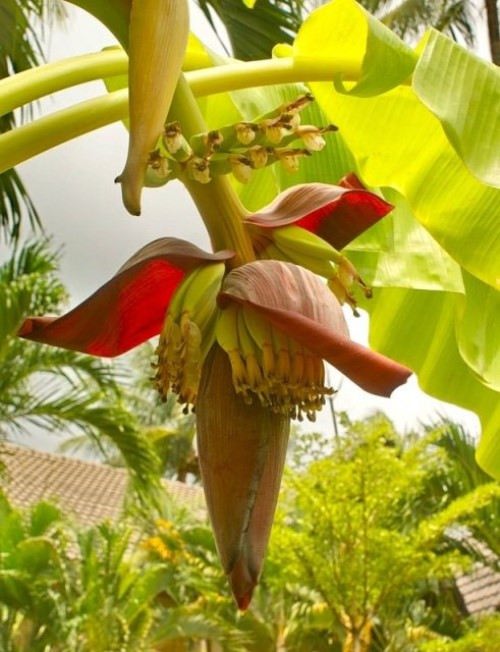 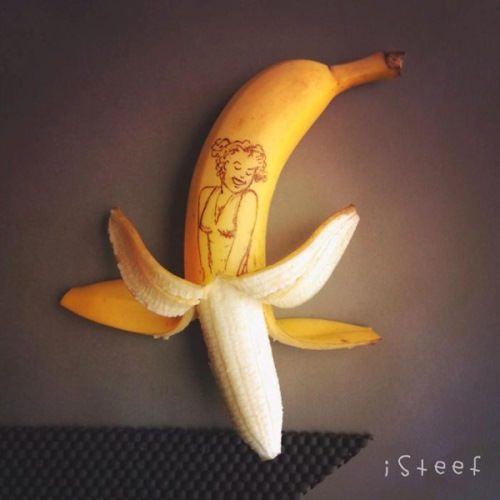 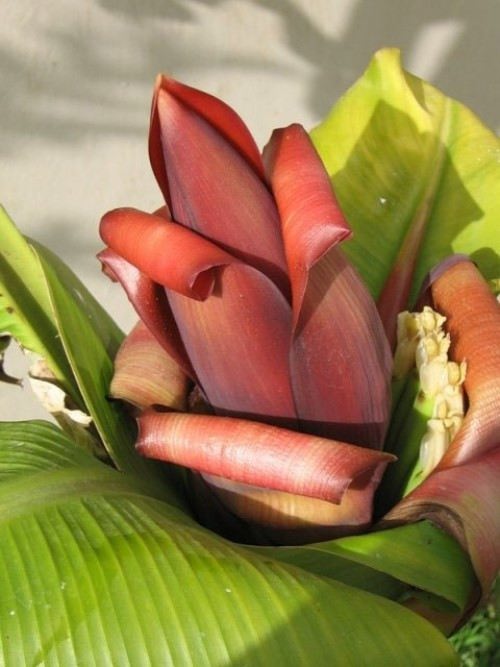 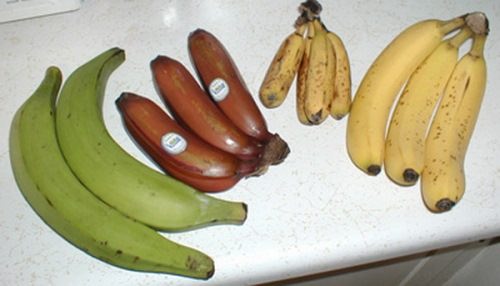 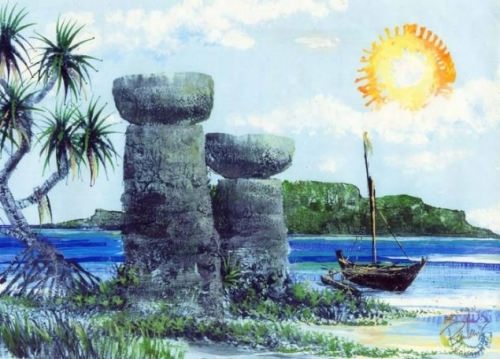 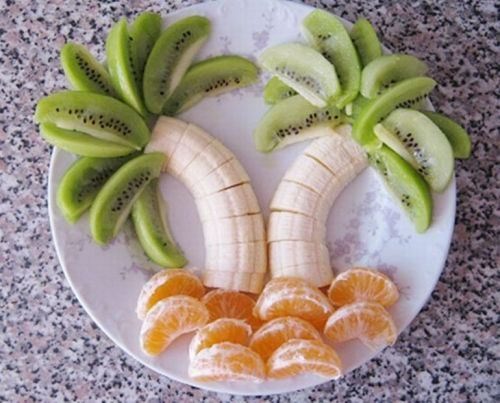 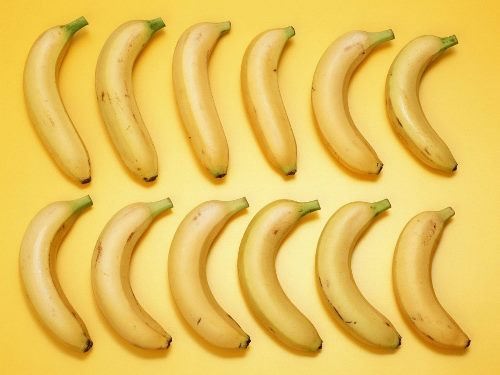 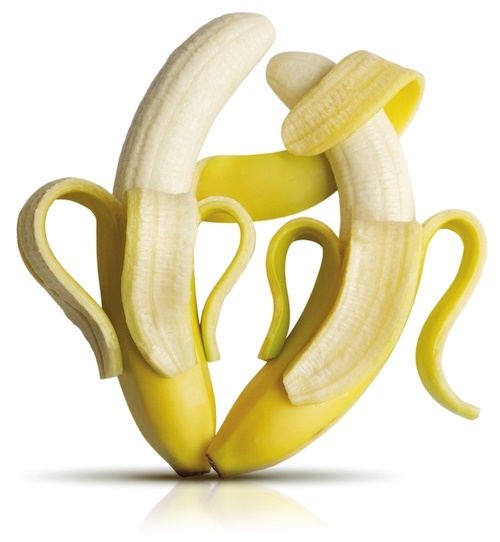 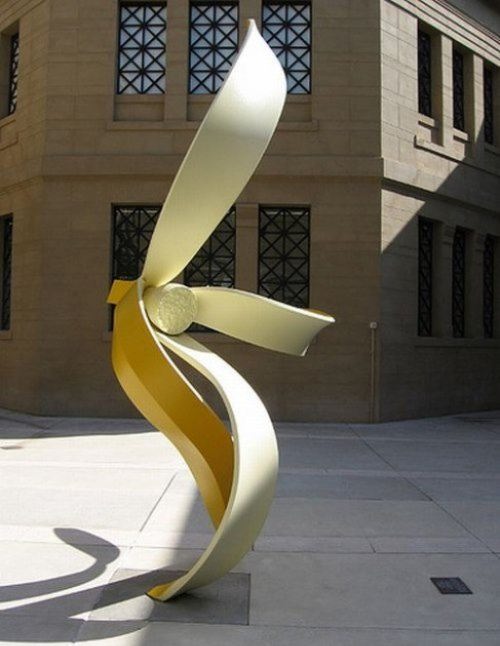 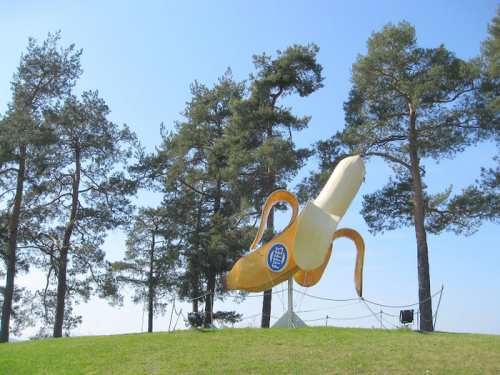 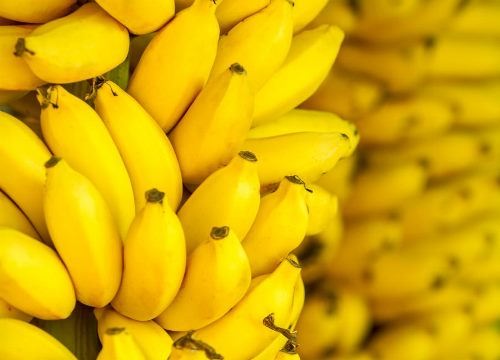 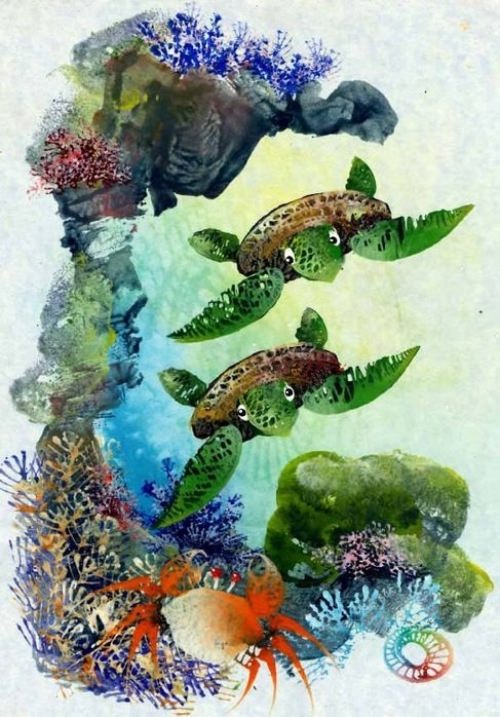 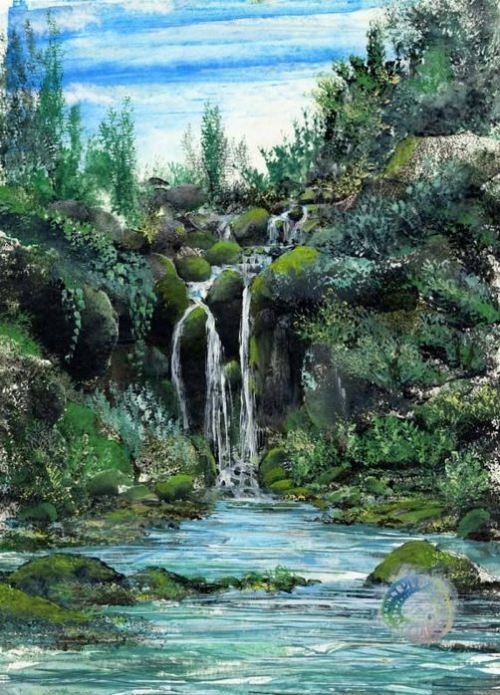