Jordan is a small state with an ancient history. Its official name is the Hashimite Kingdom of Jordan. Amman is the capital of the country and its largest city. Jordan borders Syria, Iraq, Saudi Arabia, Israel, and the Palestinian territory of the West Bank. The Jordan River flows along Jordan’s western border to the Dead Sea. The Syrian Desert (Northern Arabian Desert) covers more than 80 percent of Jordan’s land. The country’s area is 92,300 square kilometers.
Most of Jordan’s people are Arabs and they practice Islam. There is also a small number of Christians. Arabic is the main language.

Many tourists come to see the biblical cities near the Jordan River.
People have lived in Jordan for more than 200,000 years. Ancient Jordan was part of the area known as Palestine. Assyrians, Babylonians, Persians, Seleucids, and the Roman Empire controlled the region.
The Ottoman Empire ruled it from the 1500s until 1918. In 1920 Great Britain took control of the land and 26 years later the territory gained full independence.
Amman, the capital of the country, is called City on Seven Hills. It is the main center of business, finance, and international trade. An ancient citadel, at the top of Al-Qala Hill, towers over the city. At the bottom of this hill is a Roman amphitheater, which is still used to stage shows. 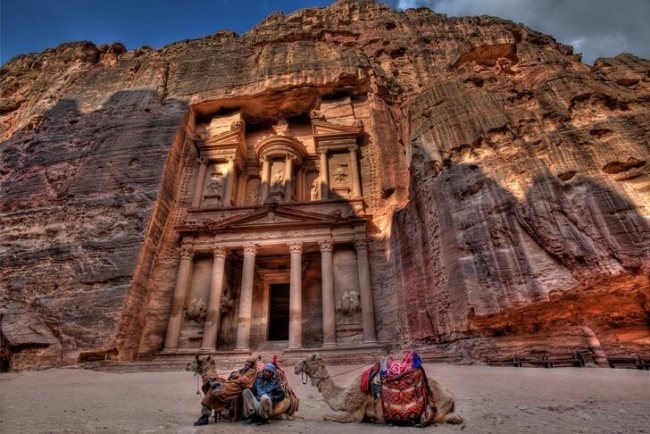 Al-Khazneh was originally built as a mausoleum

Interesting facts
– Jabal Ramm is the highest point (1,734 m).
– Dead Sea, the largest lake, is the lowest point 408 m below sea level. The Dead Sea is rich in minerals, especially potash and phosphates. Limestone, gypsum, marble, and salt are mined in Jordan.
– Jordan is the longest river (322 km).
– One of the main Jordanian sights is Petra, city carved from stone, some of which date back to the 18th century BC.
– The Queen of Jordan Rania Al-Abdullah is considered the most beautiful monarch in the world.
– It is believed that the prophet Moses was buried on the Jordanian mountain Nevo.
– There is a suggestion that the biblical Eden, was located on the modern territory of Jordan.
– Qusayr Amra is the best-known of the desert castles located in present-day eastern Jordan. It was built in the beginning of the VIII century.
– The national flower of Jordan is black iris. 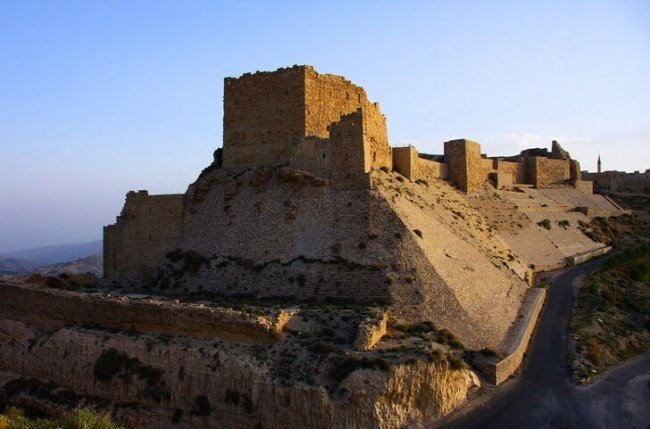 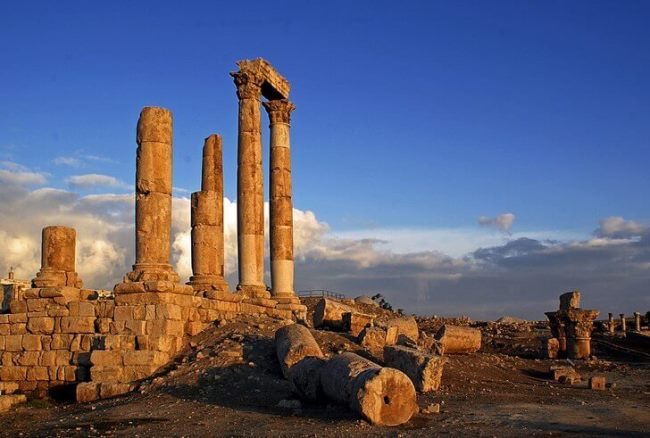 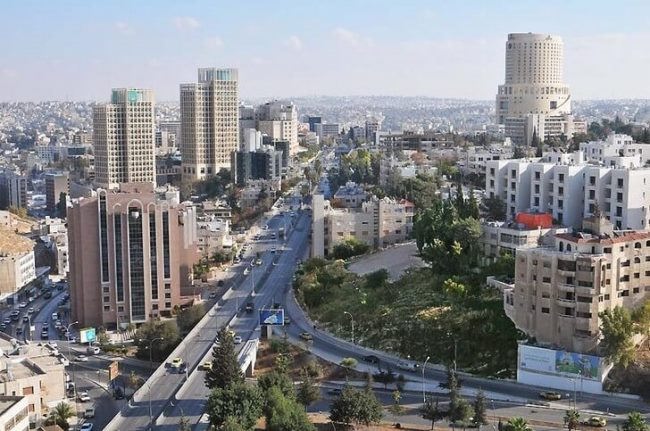 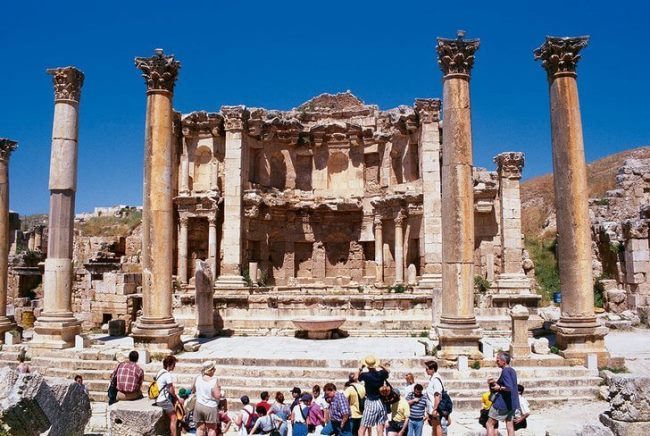 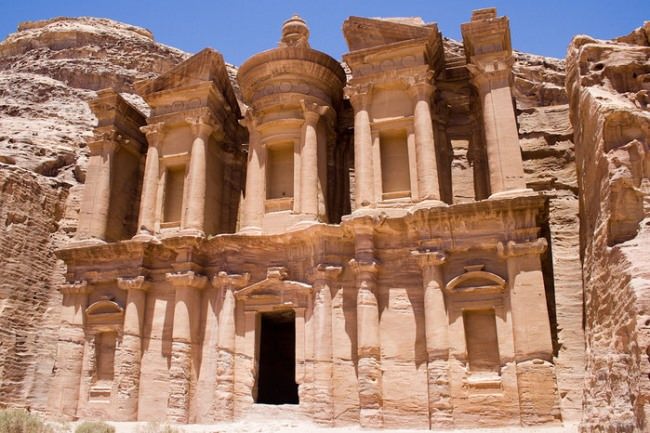 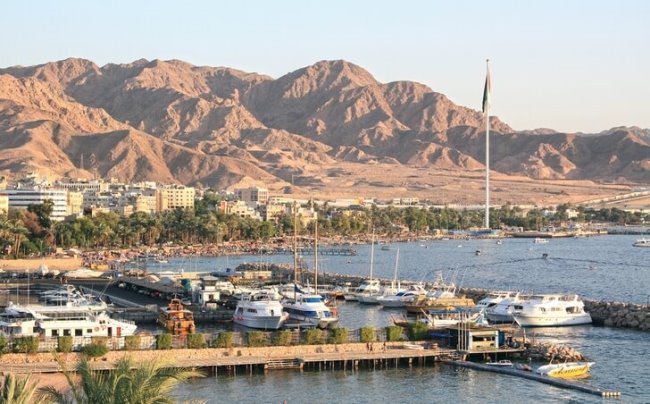 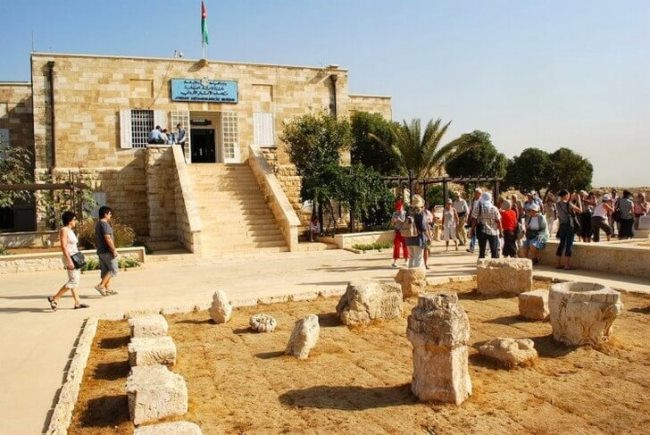 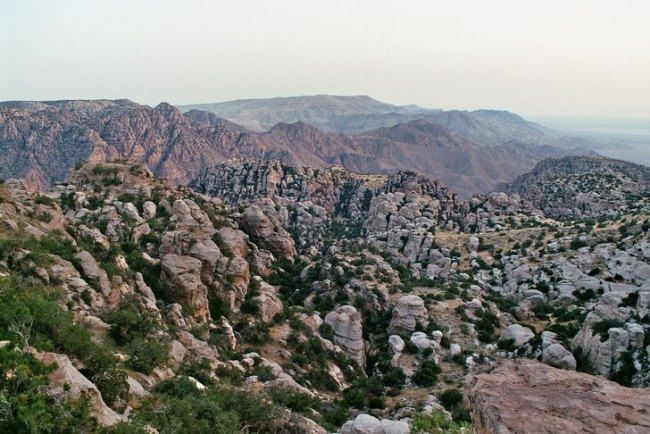 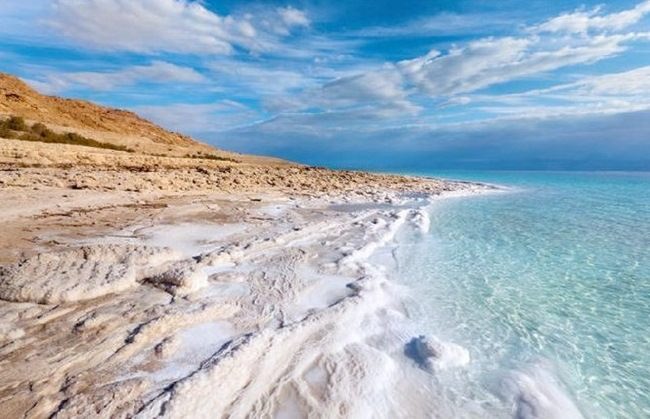 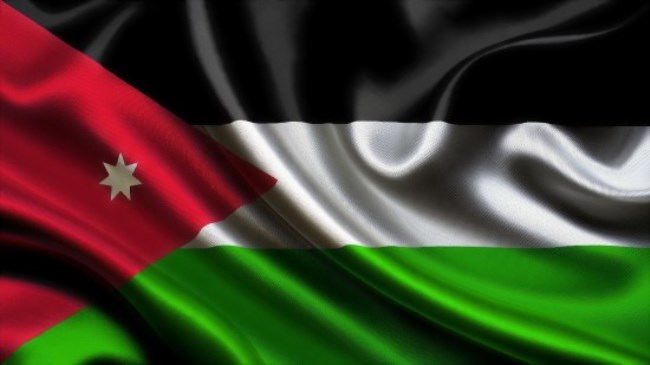 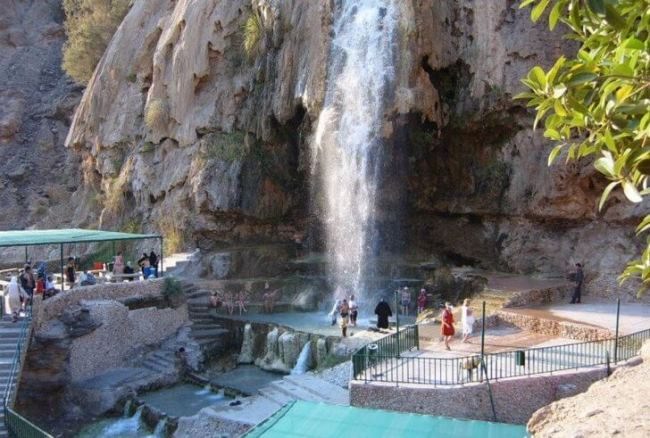 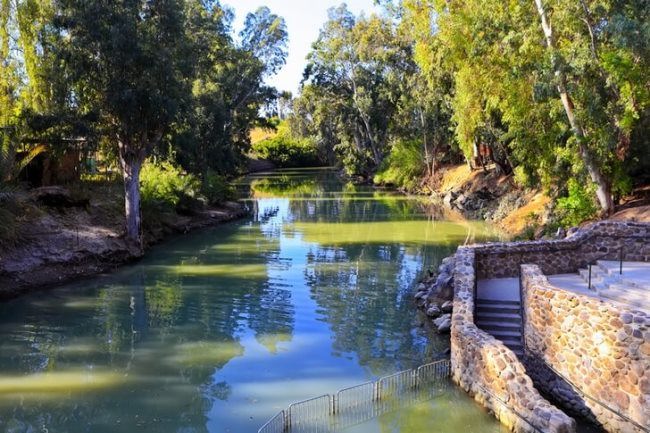 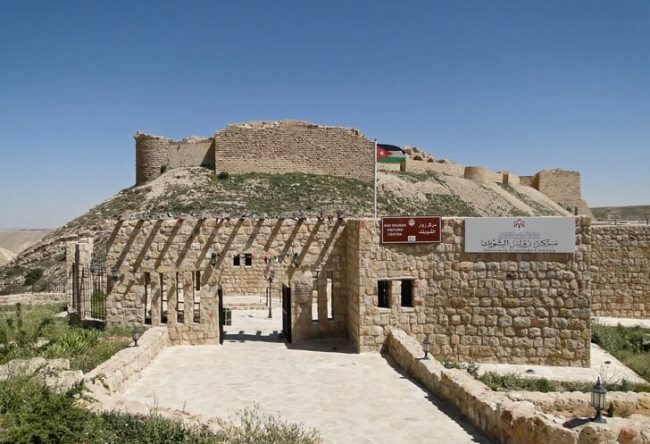 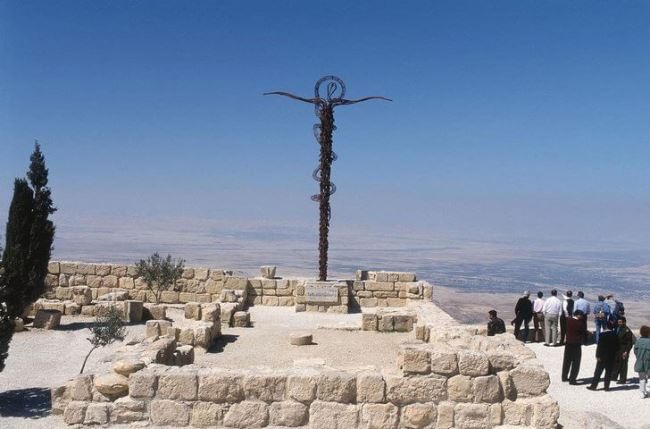 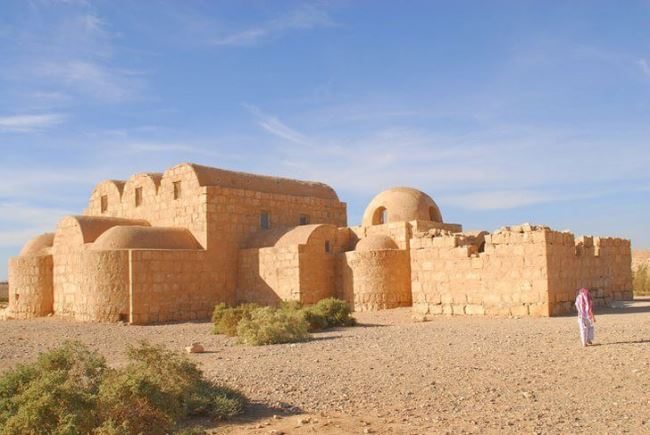 Palaces in the desert 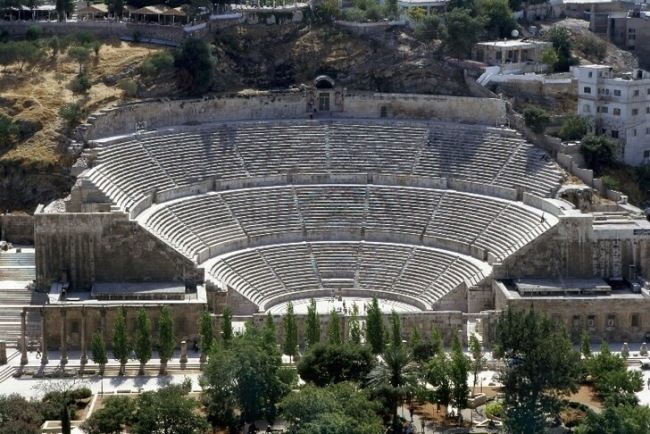 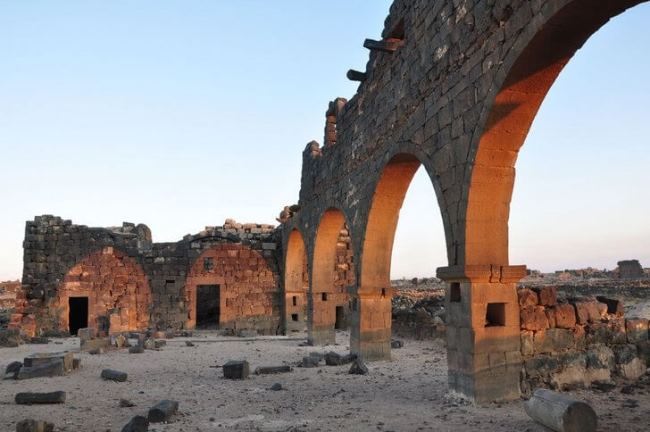 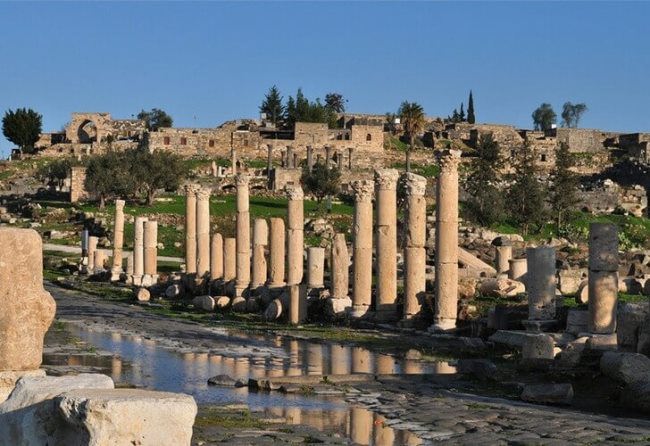 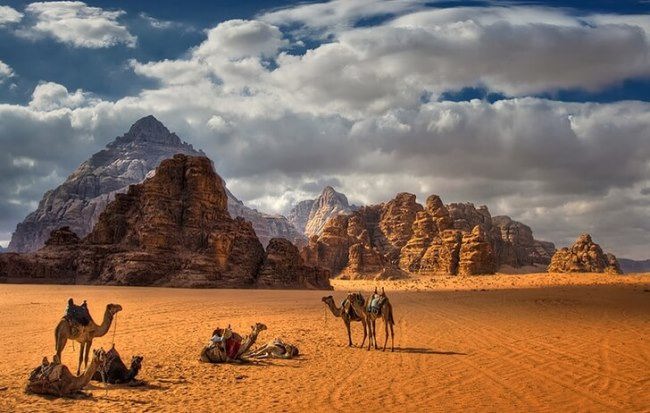 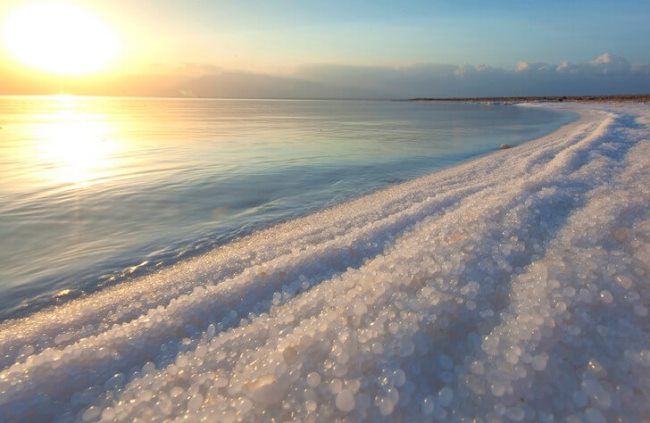