« Illusion Paintings by Rob Gonsalves
Terror of the deep » 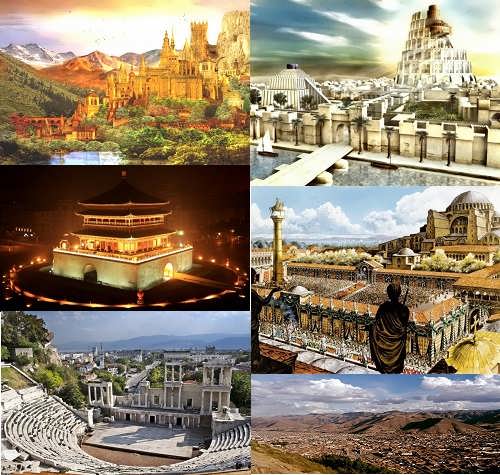 Reflecting on today’s rich cities we imagine a picture of tall skyscrapers and modern architectural innovations. At the same time few people think that there were metropolises and rich cities in the ancient world. Most often, they were the capitals of the vast empires, for example Cuzco was the capital of the Inca Empire, or Xian was one of the historical capitals of China. These cities became centers of wealth and prosperity because of their connection with major trade routes. According to modern standards, they were as rich (or even richer) as some famous today’s metropolises. In fact, they were the centers of technology, art and modern amenities, allowing their residents to live in comfort.
I’d like to tell you about a few of the most powerful and very rich cities of the ancient times. 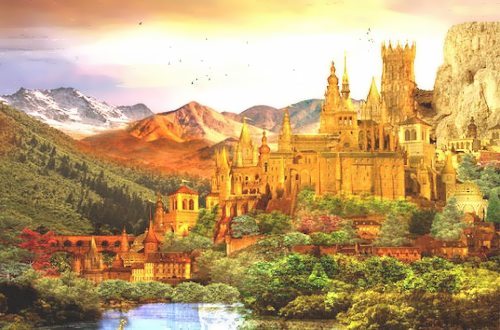 El Dorado was the legendary city located somewhere in Central or South America. It’s the mythical lost city. In the days of the Spanish conquistadors, there were rumors about the city with endless gold reserves, where even the streets were paved with this precious metal. The Spaniards tried desperately to find a city, although no one was exactly sure if it existed. Eldorado is translated as “Golden”. Probably it was the city of the legendary King, who ruled in the northern Andes (today’s Colombia). People who lived there were talented locksmiths and had rich deposits of gold. Not surprisingly, the legend had made such an impression on the greedy Spanish conquerors. 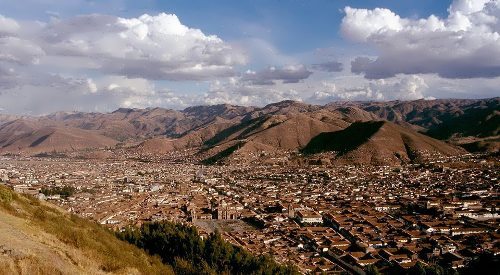 Cusco was the capital of the Inca Empire, but in fact it existed before the Incas. Originally it was a fortress, which was conquered by the Incas and they made it their capital. Cusco still holds the various layers of history and architecture, demonstrating technologies and styles of different eras. Here we can see traces of the people who lived in Cusco at different times. The Incas built a temple, the highway and aqueduct. The city was modern, well planned and prosperous due to its central position in the empire. Cusco is full of exquisite art and architecture. 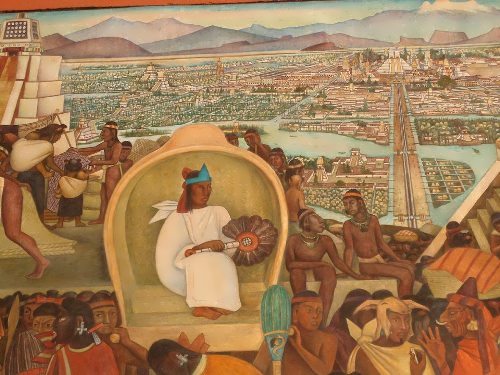 Founded in 1325, this city was the capital of the ancient Aztecs. Tenochtitlan was the impressively rich city built on the shore of a beautiful lake. Similar to Venice, the city was actually placed on the water. It was possible to move on the boat and on foot there. Stone towers and large buildings were rising majestically out of the sea. The main market was located in Tenochtitlan. There were also many churches, public buildings, palaces and even zoos. When the Spanish conquistador Cortez came to these lands, the city’s population was 200-300 thousand people, more than in most cities in Europe. 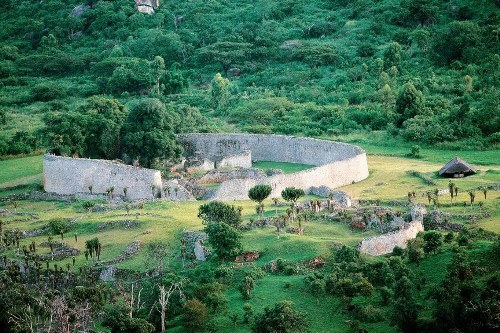 Great Zimbabwe was an ancient city, the capital of the Kingdom of Zimbabwe in the Iron Age. It was a rich center of trade. Great Zimbabwe was protected by high walls and had the royal palace. Even today it’s possible to look at the stone ruins of the once magnificent and rich city, abandoned in 1450, when its gold deposits were exhausted. 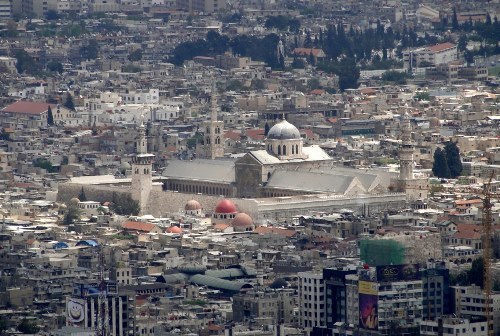 Damascus is the oldest continuously inhabited city in the world. It became wealthy thanks to its merchants. Damascus was under the rule of all empires – from the Romans to the Ottoman Turks. The city is famous for its impressive buildings constructed in the rich style of the ancient times. The city is famous for beautiful citadels, the Old Markets and the Town Squares. 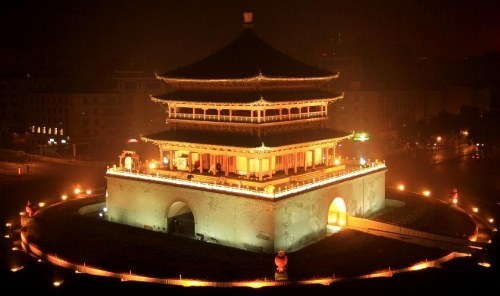 Xi’an is the capital of Shaanxi Province in China. This city is more than 3,100 years old. It was named one of the four great ancient capitals of China thanks to the wealth and power throughout history. Once Xi’an was the beginning of the Great Silk Road, the most famous trade route in the world. Today Xi’an is known primarily for its main attraction – a great army of terracotta soldiers. 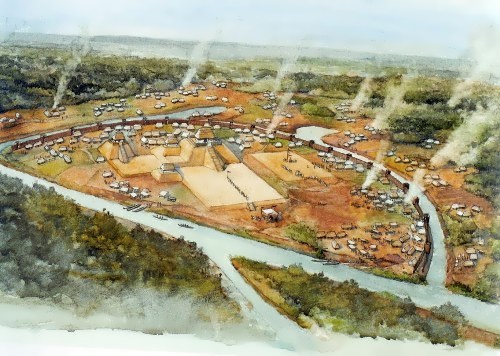 Cahokia was the Indian city of pre-Columbian period. It was located next to the Mississippi River near present-day St. Louis. It was one of the biggest and most influential communities in the Americas. Cahokia was founded more than 500 years before the Native Americans had the first contact with Europeans. In ancient times Cahokia was a very important center because of its extensive trade relations. During excavations, archaeologists have found pottery, shells, copper, wood and stone, as well as evidence that this place was an important center of agriculture. 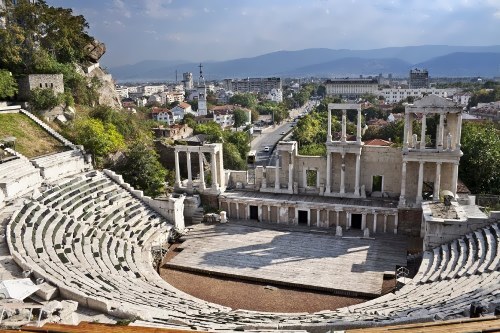 Plovdiv is the second-largest city in Bulgaria after the capital Sofia. Once it was an important part of the Roman Empire, but its history goes back more than 6000 years. Roman writer Lucian once called Plovdiv the biggest and the most beautiful of all cities. The city had a lot of impressive public buildings, shrines, baths and theaters. It also had an advanced water system and sewage system, was protected by a strong double wall. To this day, Plovdiv continues to be “hidden treasure”, where beautiful ancient art and architecture are highly appreciated. 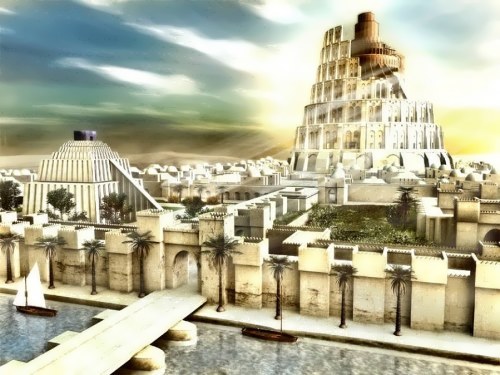 Babylon was a strong, highly developed and rich city, especially during the reign of King Nebuchadnezzar. Huge Babylon was surrounded by a large brick wall and 250 towers over 130 meters in height. All the streets were paved with stone, and the city gates were made of copper. Babylon was surrounded by a moat, and the river Euphrates flowed right through the city. Most likely that mythical Hanging Gardens of Babylon were located here. The Babylonians created impressive golden works of art, including a golden image of Baal, Golden Table made of 22 tons of pure gold, a golden statue of a lion and human. The Royal Palace in Babylon was the most beautiful palace ever built. 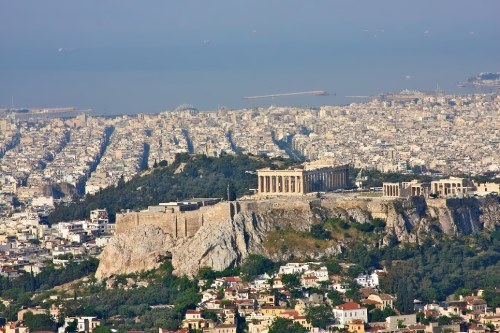 Athens is another famous city, which was very rich in ancient times. Many people believe that it was Athens, which marked the beginning of Western civilization. The city is continuously inhabited for at least 7,000 years. Athens is known for its historical heritage, attractions, art, contribution to philosophy, academics, and religion. Its architectural masterpieces attest to the great power and wealth of the city. There are large public buildings, such as the Agora and Acropolis, as well as important Byzantine churches here. Wealth and prosperity of Athens contributed to the prosperity of democracy and culture for thousands of years. 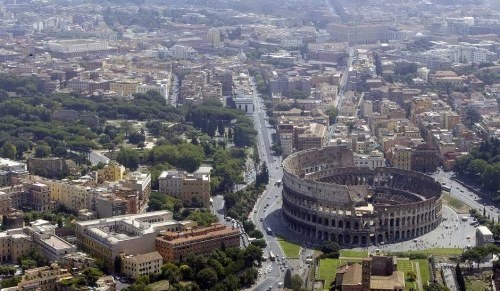 Needless to say, that ancient Rome was the center of the wealth, art, culture and politics. It is often considered the birthplace of Western civilization. Its magnificent architecture preserved to our times – the Coliseum and the marble statues – are the proof of the wealth of Rome. Ancient Rome was a civilized and rich city with rich markets, bookstores, grocery stores, which provides citizens with a comfortable and rich life. And even today it remains the same. 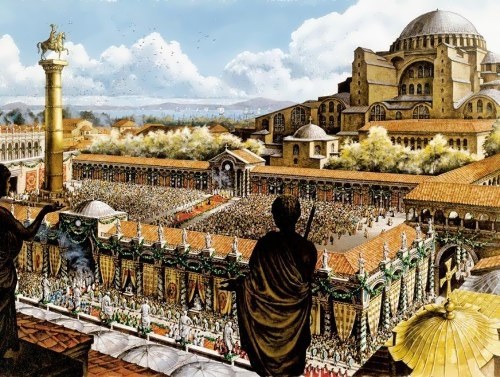 The beautiful and rich city was named in honor of the Emperor Constantine. Constantinople was the capital of the Byzantine Empire for a thousand years. This huge city flourished for many centuries. There were excellent cobbled streets, the court, the Senate building, extensive protective walls, large Golden Gate, forum, and much more amenities in Constantinople. The city had significant influence on art and culture of the West. In fact, the art of the Byzantine Empire spurred the beginning of the European Renaissance.