Neptune is the eighth planet from the Sun. It is named after the Roman god of the sea. Neptune is deep blue in color.
The planet was discovered in 1846 by German astronomer Johann Gottfried Galle. In August 1989 spacecraft Voyager 2 visited it. It flew for 12 years before it got close enough to Neptune.
Neptune is made up mostly of gases, mainly hydrogen and helium, and has rapid winds and big storms. Its winds reach speeds of about 2,000 kilometers per hour, the fastest winds ever discovered in the solar system.
The planet rotates once every 16.1 hours, so its day is about two-thirds as long as ours. But there are about 60,225 days (about 165 Earth years) in one Neptune year. Each season on Neptune lasts for 41 Earth years. 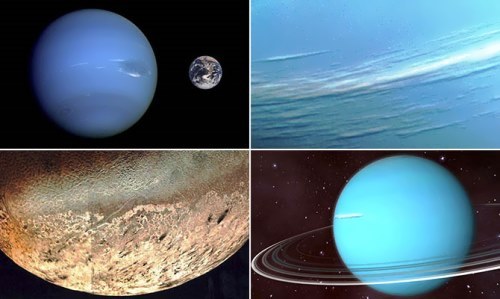 The temperature at the aerosol layer in Neptune’s atmosphere is about -210°C.
The Hubble Space Telescope observed Neptune in 1994 from Earth orbit.
Scientists had found the planet thanks to mathematical calculations and this is the only planet that had found using mathematical method.
230 years before the discovery Galileo thought the planet was a star.
In 2006, when Pluto was excluded from the list of the planets, Neptune became “the most distant planet from the Sun”.
Neptunium is a chemical element, opened in 1948, was named after the planet Neptune.
Neptune is 4 times heavier than the Earth. And it is the coldest planet in the solar system. 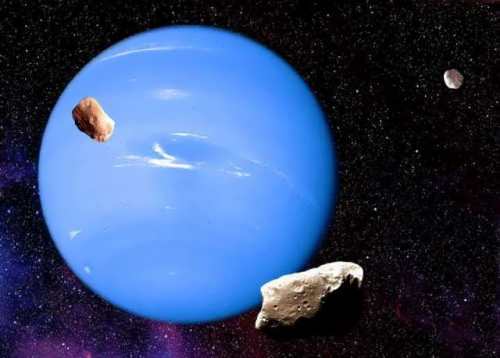 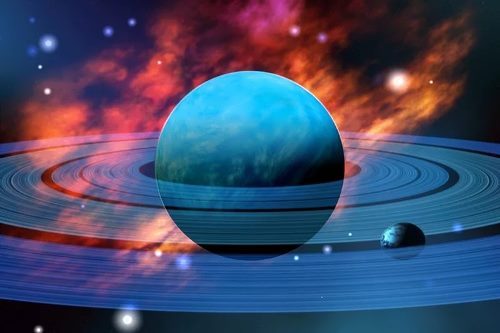 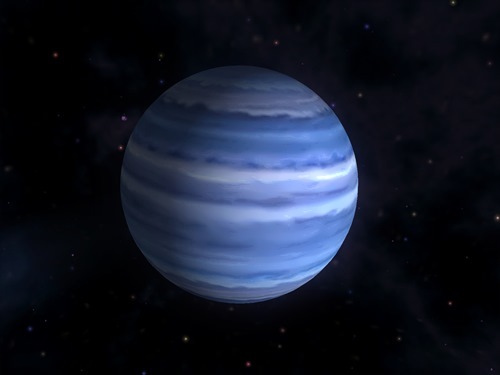 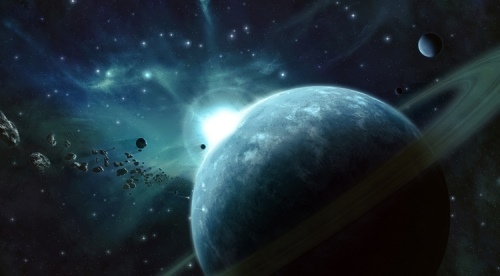 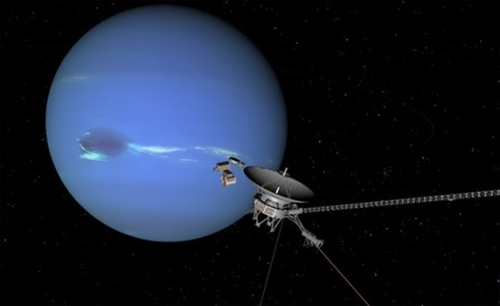 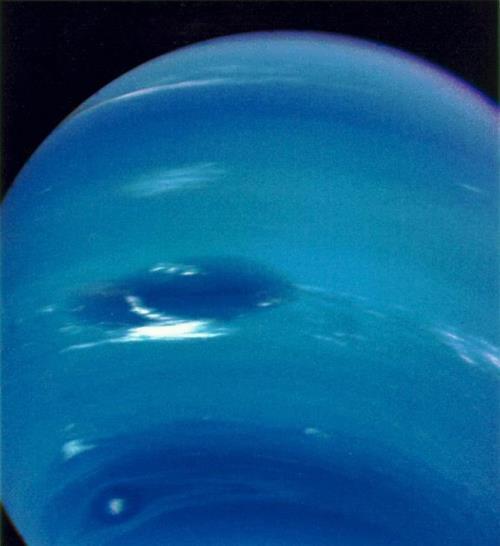 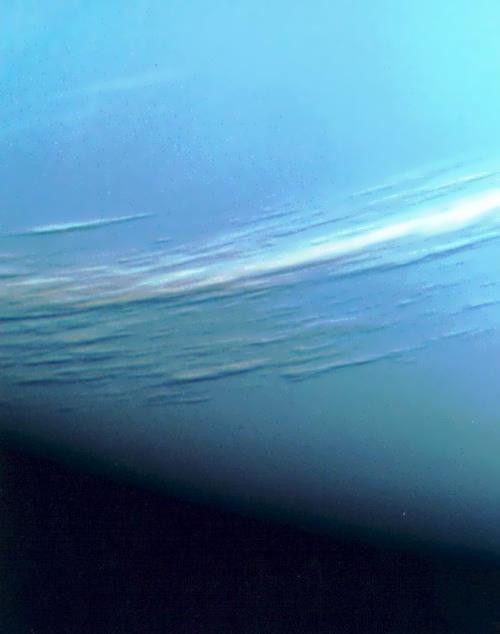 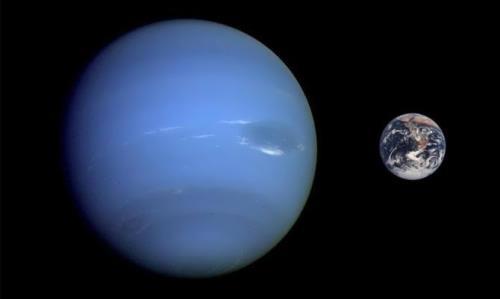 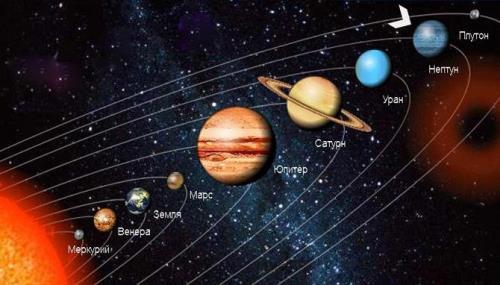 Planets in our solar system 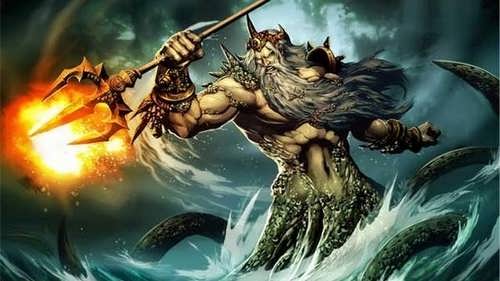 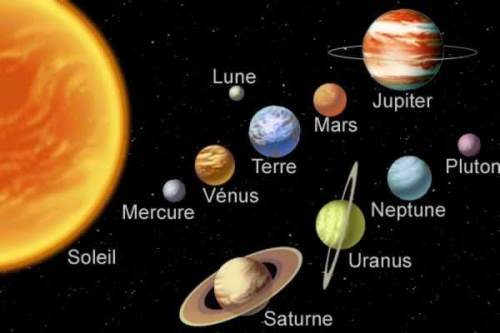 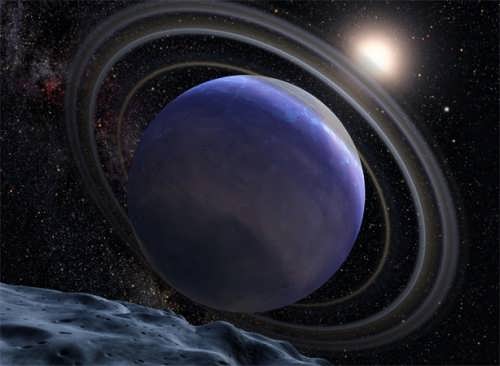 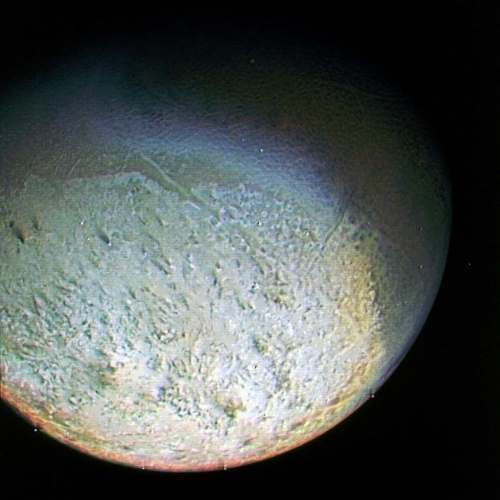 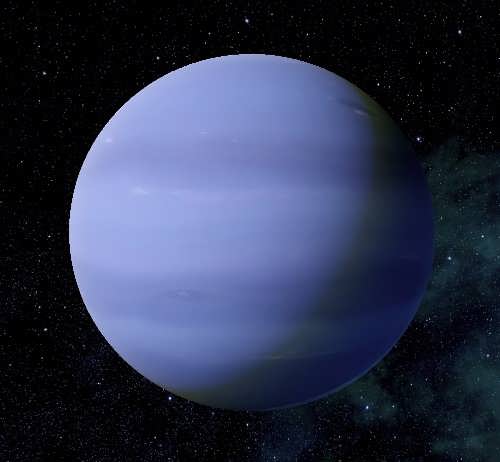