Jupiter is the biggest planet in our solar system. In fact, it is bigger than all the other planets put together. Its diameter is about 143,000 kilometers.
The planet is named after the king of the Roman gods. Jupiter is a giant ball of gases, mostly hydrogen and helium. The center of the planet is probably made of a hot liquid. Jupiter is extremely hot, thousands of times hotter than the hottest place on Earth. Its center may reach temperatures of 25,000° C. It does not have a solid surface at all.
The planet has more than 60 moons. Most of them are very small.

However, four of them are very large: Io, Europa, Callisto, and Ganymede. Ganymede is larger than the planet Mercury. Io is the most volcanically active body in the solar system. Europa is an ivory, gray, and brown world with a water ice surface.
A system of thin rings, consisted of tiny rocks and dust, surrounds Jupiter.
Jupiter is the fifth planet from the sun. It takes about 12 Earth years to complete one orbit around the sun. So, a year on Jupiter lasts about 12 Earth years. A day lasts 10 hours. 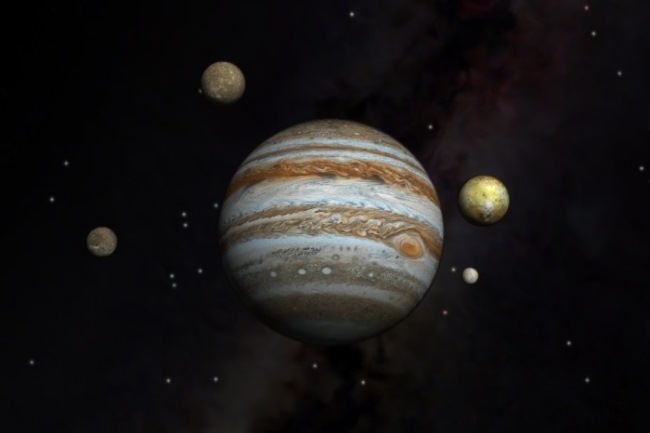 Jupiter’s clouds appear in colored spots and bright and dark stripes. One of the spots is a huge storm called the Great Red Spot, which is more than twice as wide as Earth. This storm has been observed for more than 160 years.
People have observed Jupiter from Earth since ancient times. The first unmanned spacecraft was sent there in the 1970s. Launched in 1989, the Galileo spacecraft arrived at Jupiter in 1995, and began sending back pictures and data from the Jovian system.
Jupiter has a magnetic field more than ten times stronger than that of Earth. The size of the magnetosphere is larger than the Sun.
The light of Jupiter is much brighter than Sirius, the brightest star in the sky. 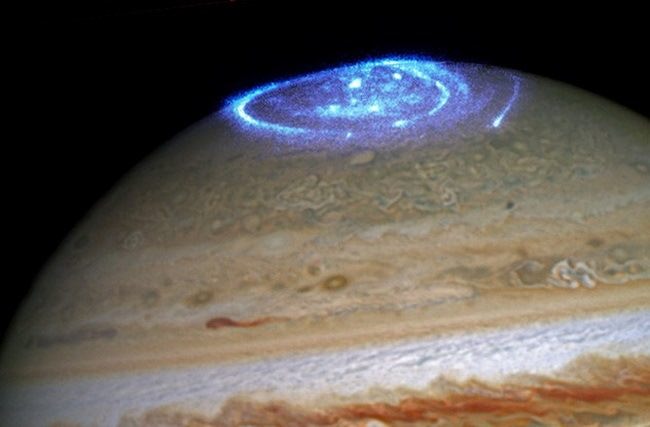 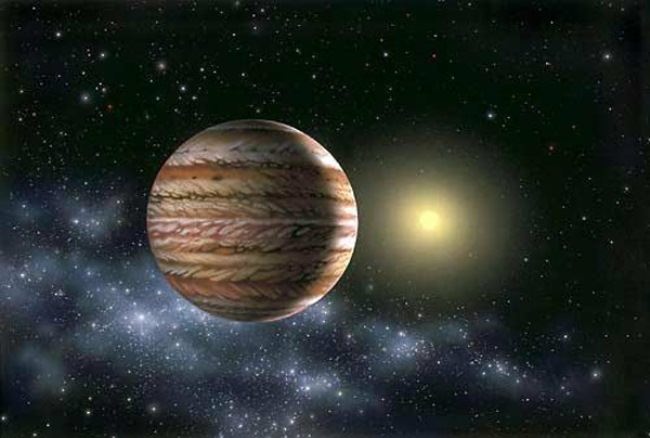 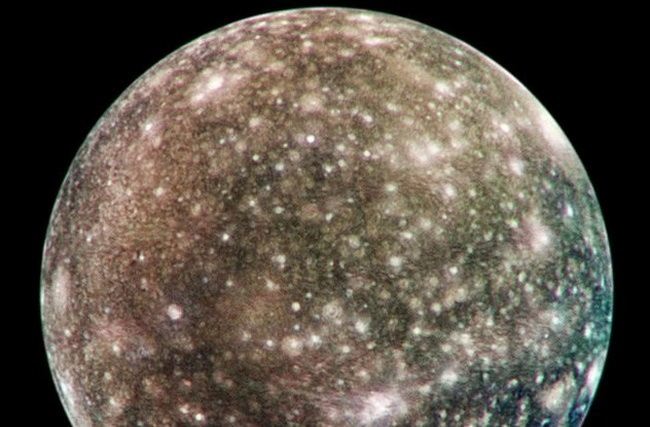 Callisto – the most distressed satellite in the solar system 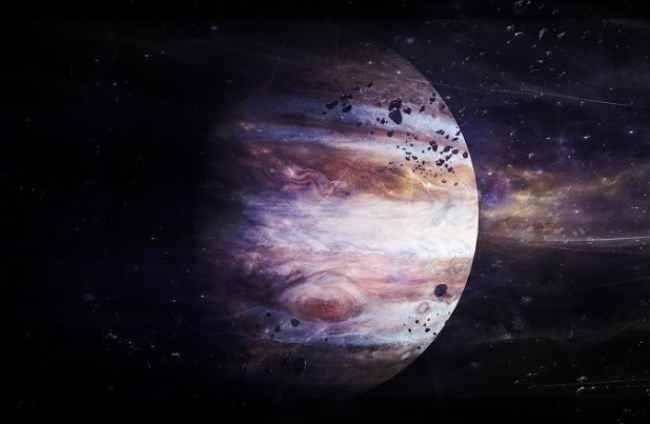 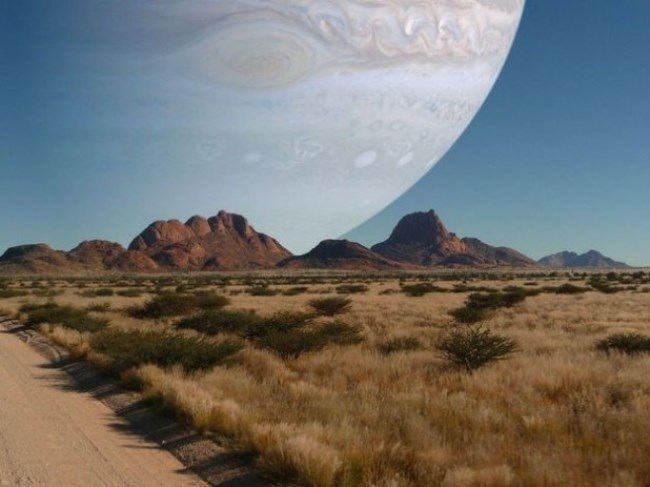 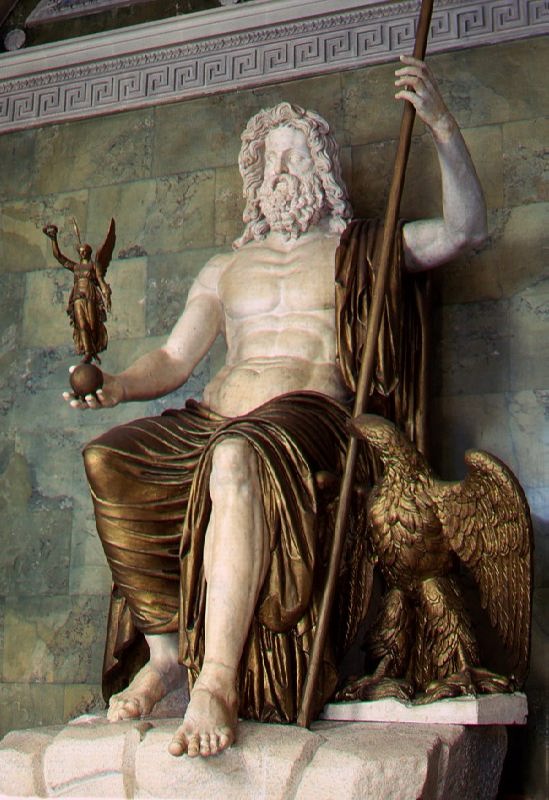 Jupiter – king of the Roman gods 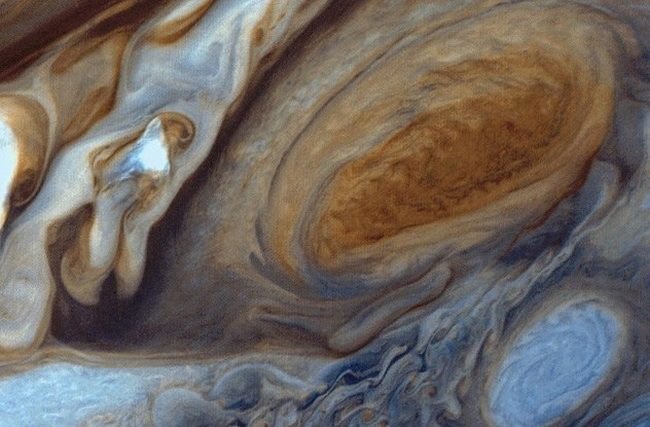 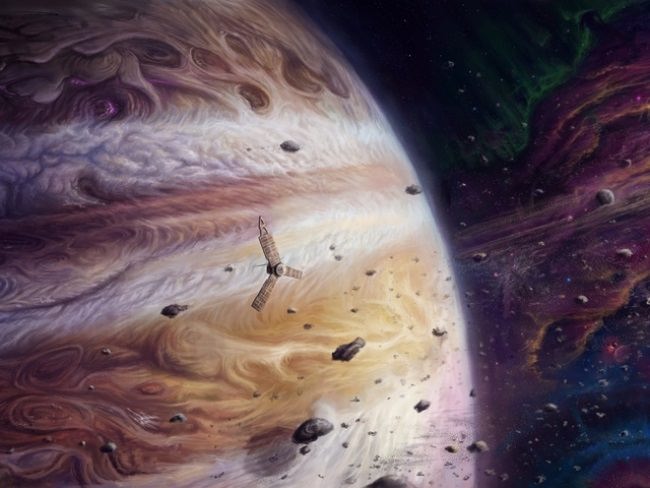 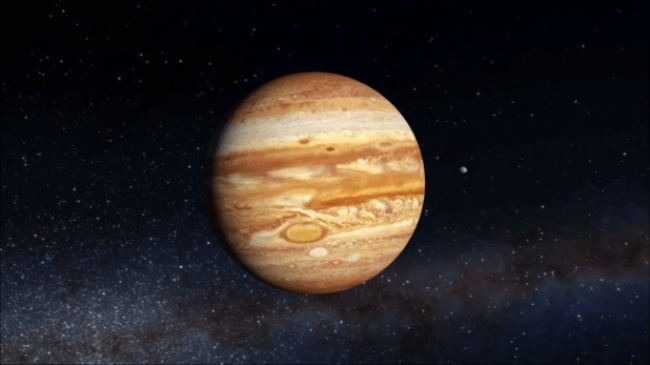 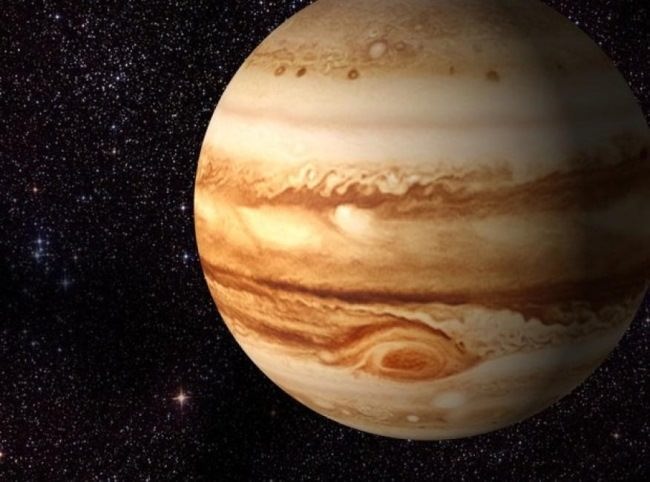 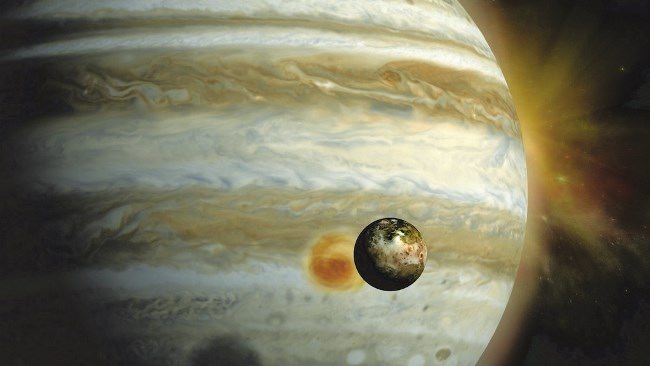 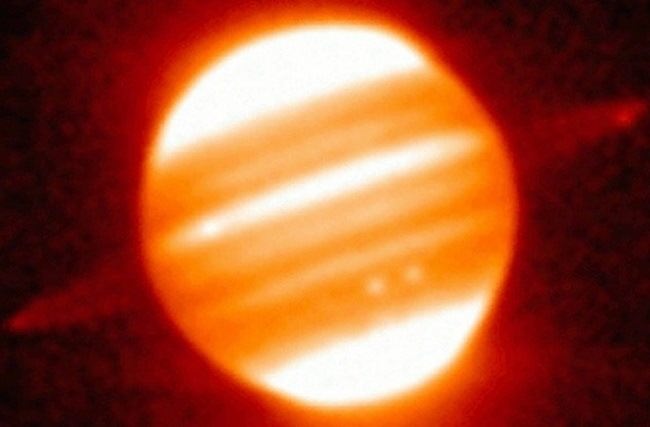 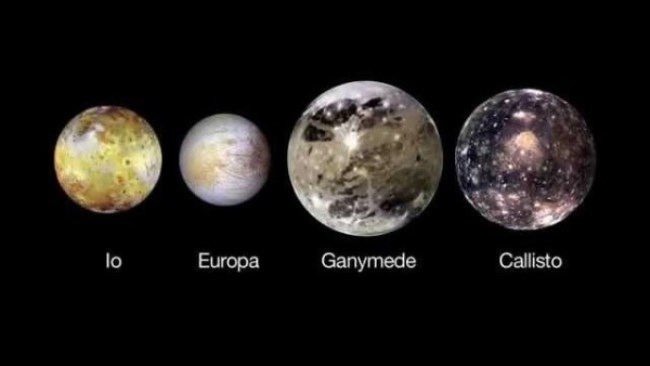 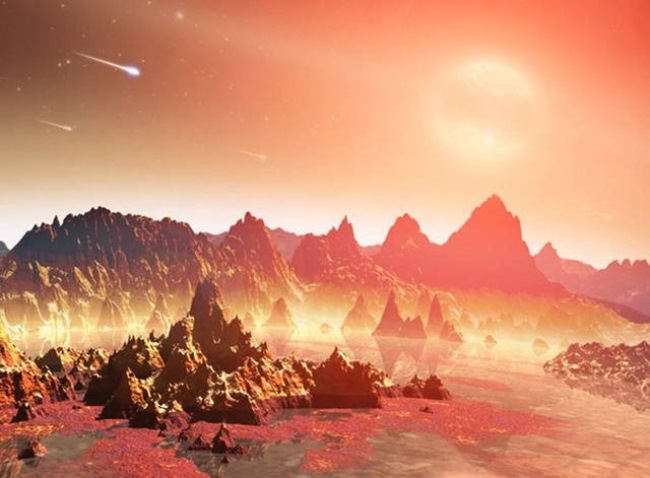 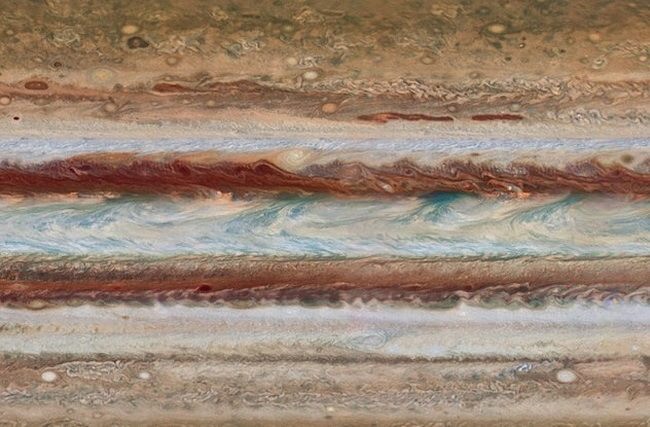 The atmosphere of Jupiter 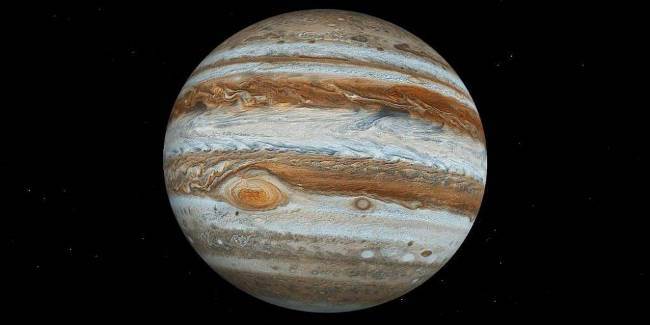