« Uganda – Country of Lakes and Rivers
Kenya – Cradle of Humanity » 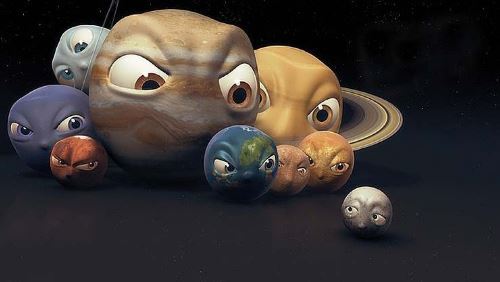 Over the past 100 years, astronomers have made tremendous strides in space exploration. They discovered pulsars, neutron stars, even discovered planets outside the Milky Way!
Pluto is a celestial body discovered less than 100 years ago. Astronomers know not much about it and call it the strangest and the most mysterious thing in the entire solar system.
American astronomer Percival Lowell was the first who said about the existence of the ninth planet. In 1905, he made a sensational statement: there were nine (not eight) planets in the solar system! It was like a bolt from the blue. Scientists demanded evidence. Lowell wasn’t able to prove the existence of the planet before his death on November 12, 1916.

In 1929, promising young astronomer Clyde Tombaugh came to the observatory where Lowell worked. Unlike Percival he had new powerful telescope. The fortune was kinder to Clyde: on March 13, 1930 he announced the discovery of a new planet. It was named Pluto – the first two letters correspond to the initials of Percival Lowell. It turned out that Lowell elementary was out of luck.
Scientists began to doubt: was Pluto a planet or not? Its light was too dim, and it has too little mass for a planet – about 0.2% of the mass of the Earth.
In 1978, Pluto’s moon – Charon was discovered.
Later some astronomers declared: Lowell’s planet did not exist, Tombaugh discovered … an asteroid. Only on August 24, 2006 scientists agreed that Pluto was a dwarf planet. 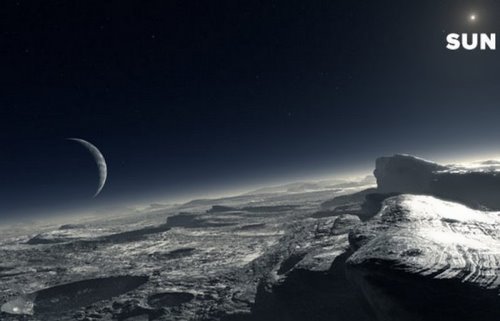 A day on Pluto is equal to six days on Earth

Tiny Pluto is only about 1,485 miles across from pole to pole. Pluto seems more like a giant comet than a planet. It also spins in the opposite direction from most of the planets. A day on Pluto is equal to six days and 25 minutes on Earth. Pluto completes one orbit around the sun every 248 Earth years.
Scientists believe that the average temperature on its surface is about −233° C. Pluto has polar caps.
This planet has three known moons: Charon, Nix, and Hydra.
In Roman mythology Pluto was the god of the underworld.
Pluto was photographed for the first time in 2015. 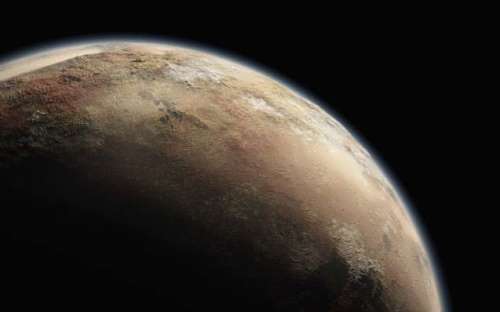 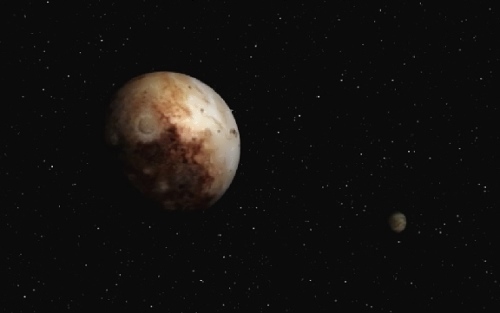 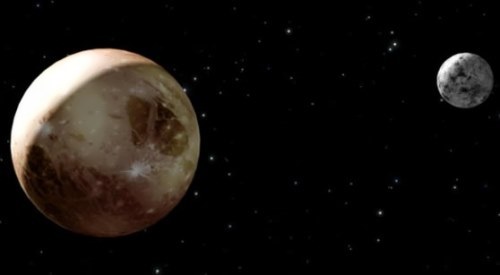 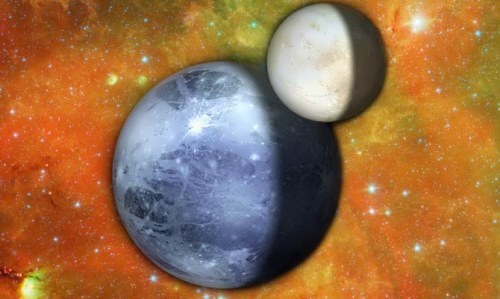 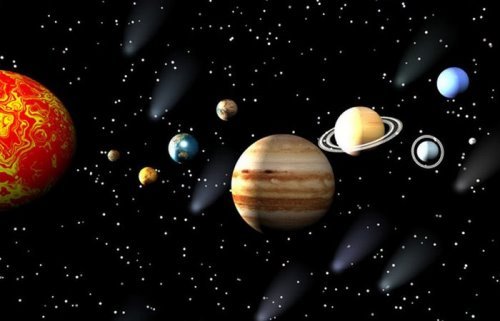 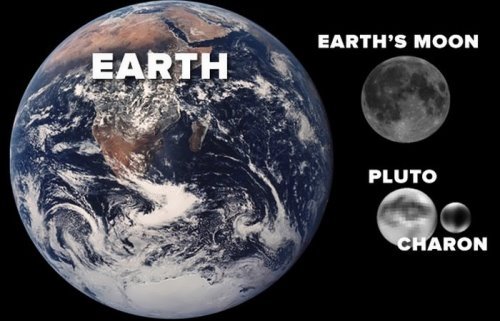 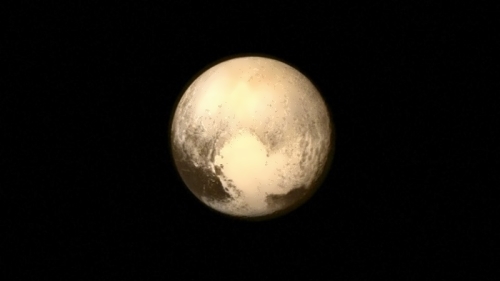 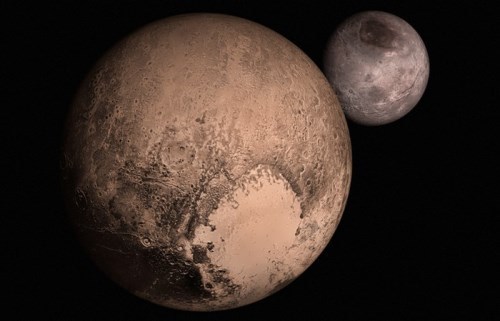 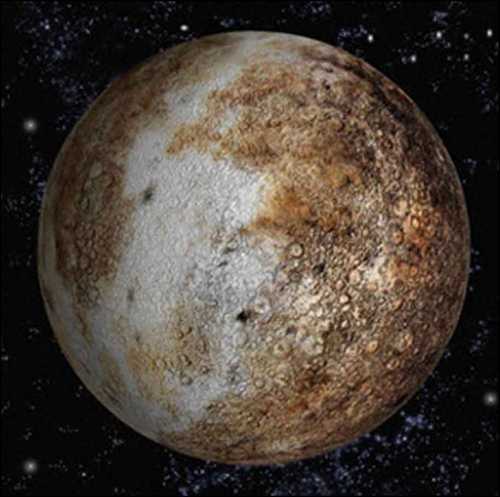 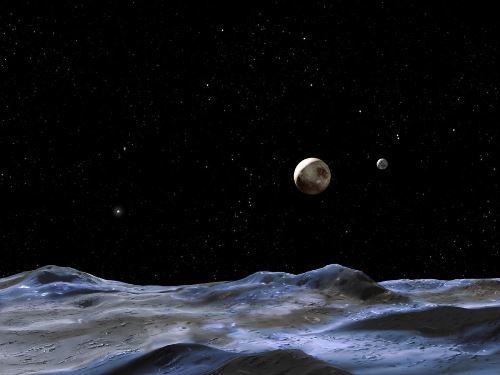 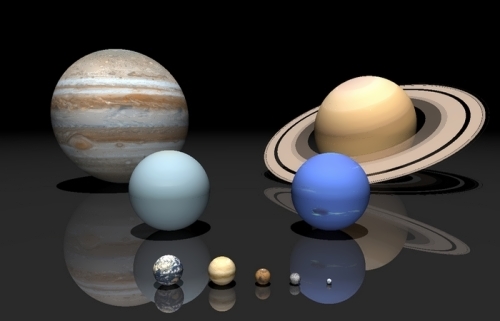 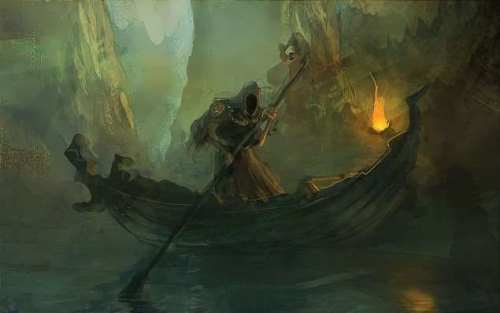 Pluto was a Roman god of the underworld 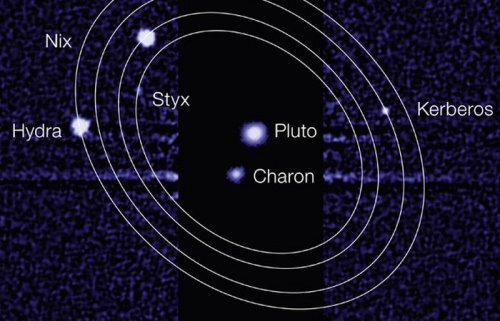 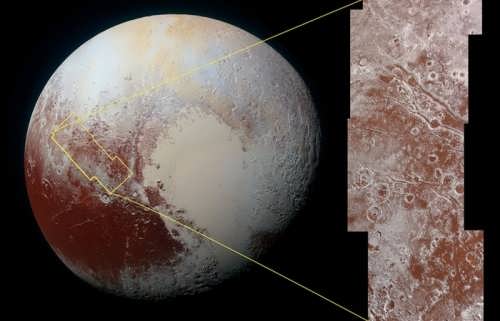 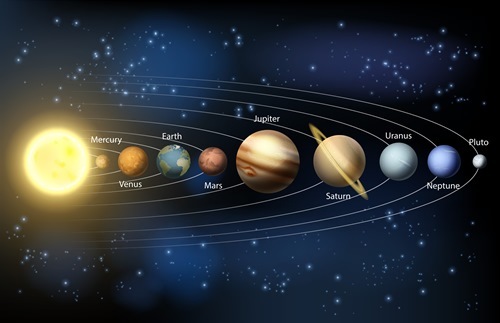 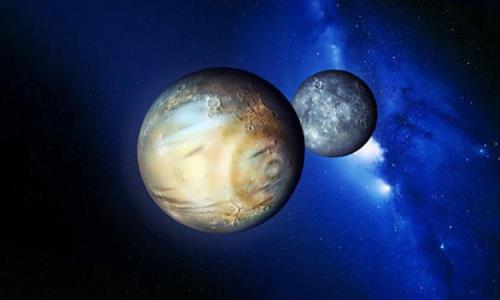 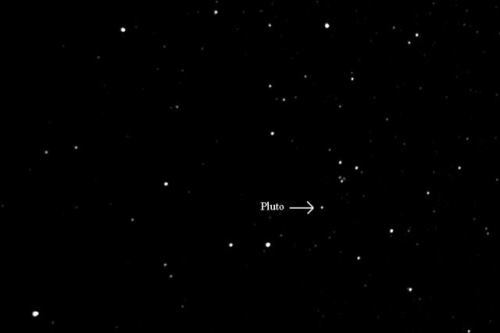 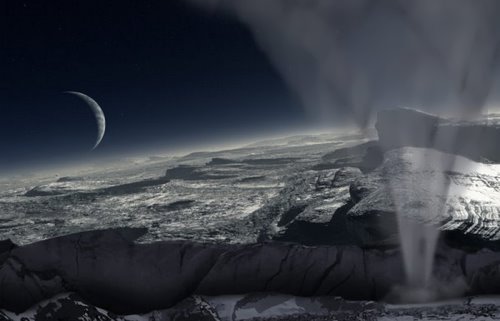 Volcanoes and geysers of Pluto 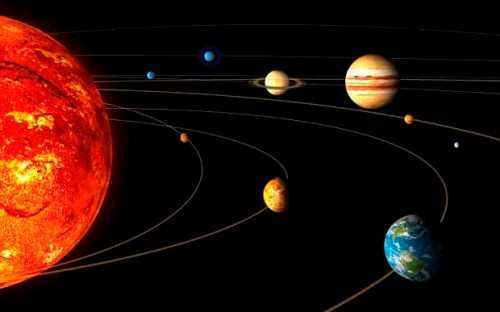