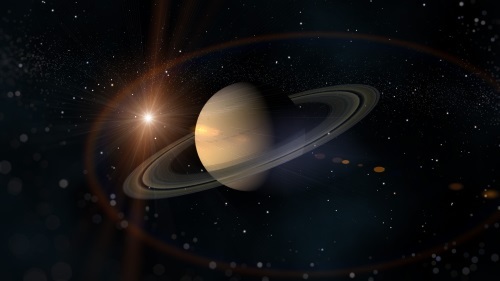 Saturn is the sixth planet from the Sun in the Solar System. It is named after the god of agriculture in Roman mythology. This planet is visible without a telescope.
It is the second largest planet after Jupiter. Like Jupiter, Uranus and Neptune, it is a gas giant.
The astronomer Galileo was the first to use a telescope to view the planet.
The inside of Saturn is probably a core of iron, nickel, silicon and oxygen compounds, with smaller amounts of rocks and dust, then a layer of liquid hydrogen and liquid helium and finally, an outer gaseous layer. The rings extend thousands of miles out from the planet. They are made up mostly of pieces of water ice and dust. Many ancient astronomers believed that Saturn’s rings were its satellites. The rings of Saturn in the novel Martian Way by Isaac Asimov have become a major source of water for the Martian colony.

Saturn has 62 known moons orbiting the planet; 53 are officially named. The largest moon is Titan, which is larger in volume than the planet Mercury. Titan is the second-largest moon in the Solar System. It is the only moon in the solar system known to have a thick atmosphere and clouds.
Saturn is about 1 400 000 000 km from the Sun.
Saturn takes 29 years and 5 months in Earth time to go around the Sun just once.
Saturn’s atmosphere is some 270°F (150°C) cooler than Earth’s and about 90°F (50°C) cooler than Jupiter’s.
Saturn is very light for its size. It would float if placed in water.
In the 1970s the United States sent three unmanned spacecraft—named Pioneer 11, Voyager 1, and Voyager 2—to Saturn. They were the first spacecraft to fly by the planet. 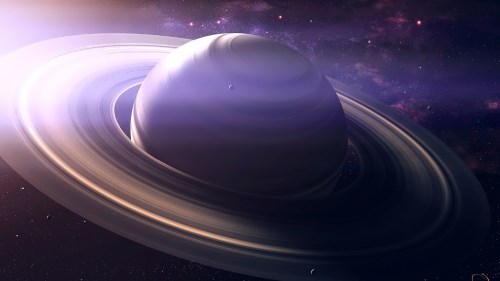 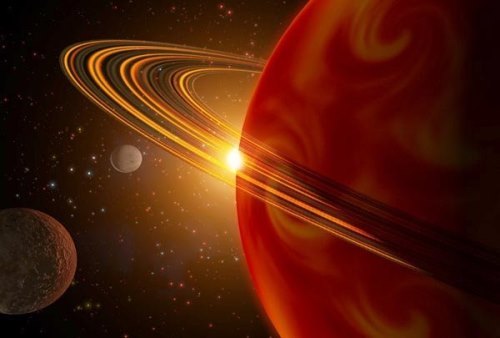 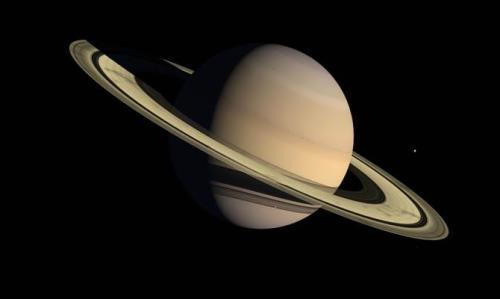 Saturn – the sixth planet from the Sun in the Solar System 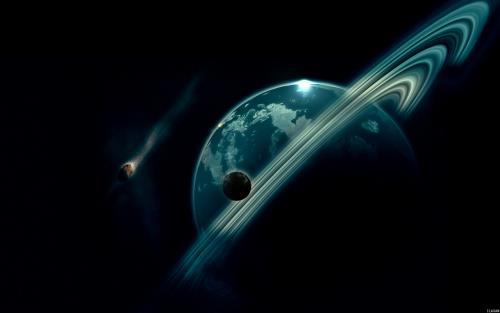 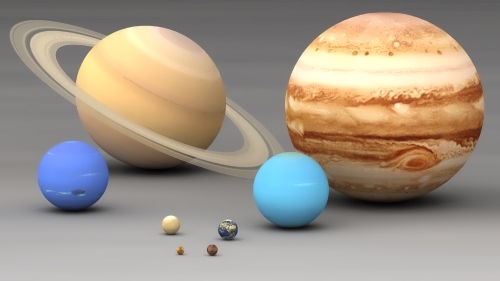 Planets of the Solar System 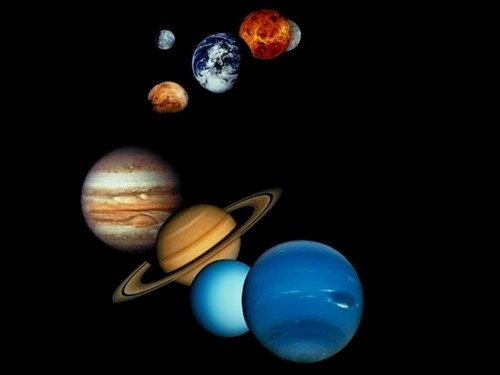