« Most dangerous birds
Land of the pharaohs » 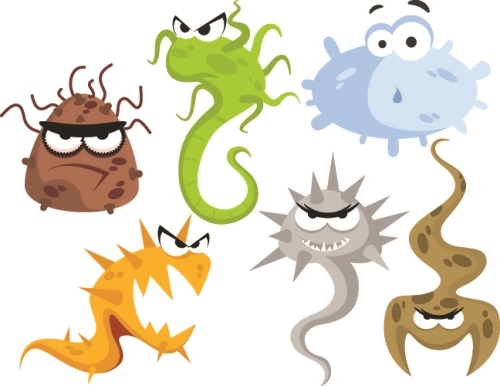 When the word ‘microbes’ is mentioned, people have the tendency to think of damage and disease. But life on Earth would not be possible without microbes. They are everywhere: in the air, on the land, even in the harshest parts of the world. Every inch of every surface of our body is covered with micro-organisms. Billions of them thrive on our skin. Millions are found elsewhere inside us. The total weight of bacteria living in the human body is 2 kilograms.
They make up more than two-thirds of the world’s biomass.
They are micro-organisms, living creatures that are too small to be seen by the naked eye. Two types of microbes are bacteria and viruses. Bacteria have the tools to reproduce themselves, by themselves. They are filled with fluid, and may have threadlike structures to move themselves, like a tail. A virus may have a spiny outside layer, called the envelope. Viruses have a core of genetic material. Viruses cannot reproduce on their own. They infect cells and take over their reproductive machinery to reproduce. 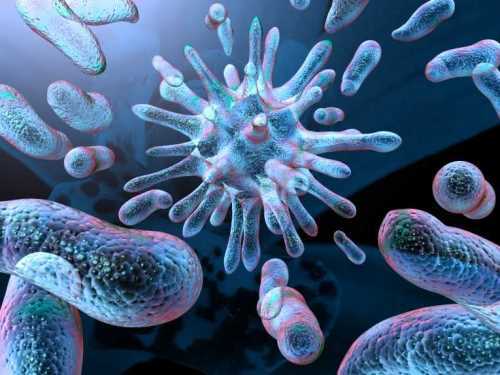 Microbes lived long before dinosaurs ruled the world.
Mankind had learned to harness the power of microbes in the production of food long before Anton van Leeuwenhoek gazed into his first crude microscope.
People discovered fermented curds in their milk pouches, and the cheese industry was born. Today, micro-organisms are found at the heart of industry. The versatile baker’s yeast is not only used in breadmaking, but also in the production of alcoholic drinks.
Vitamins are also produced commercially using a host of bacteria, yeasts and fungi.
In the medical industry, genetically-modified bacteria are engineered to carry the gene for insulin, and to produce insulin.
Microbes had long been used in the medical field to treat non-life-threatening conditions.
In 1500 BC people used mouldy and fermented substances from dung and soybean curd to treat superficial wounds and swelling in China, Egypt and Mesopotamia. Now we have an enormous selection of antibiotics produced by a wide variety of micro-organisms ranging from bacteria to fungi.
Microbes help produce certain essential vitamins such as vitamin B12. Micro-organisms living on the surfaces of our bodies play an active role in encouraging the maturation of our immune system.
Micro-organisms involved in the phosphate cycle and various other chemical cycles ensure that the soil is rich in chemicals for plant growth. 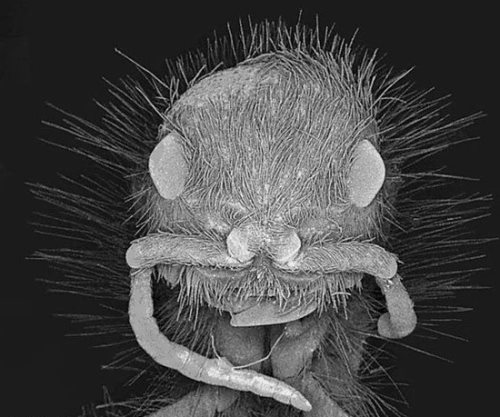 General Microbe
Death transmitted with every breath and touch. Ferocious virus escaped from a secret military laboratory. This fantasy inspired filmmakers and authors of science fiction. In the world of movies and books people are able to save the world: the scientists develop a vaccine at the last moment – a man is stronger than bacteria and viruses. Actual infections, alas, do not always listen to writers and screen writers, and sometimes begin to dictate the story themselves.
After 1812 war in Russia people began to write that the country was protected from foreign invasion by General Frost. Many nations are not so lucky. General Microbe fights against them.
Until World War II the most dangerous assassins in the wars were not bullets, but infection. Going to a campaign, the soldiers, without knowing it, often turned into peddlers of deadly diseases. Military camp life, mud, traders, problems with food and clean water, mass famine – war create ideal conditions for the emergence and development of infections.
The Peloponnesian War (431-404 BC.) Ancient Greece is famous for typhoid and parasitic intestinal infections, called the Athenian plague. In 1627-1628 during the campaign to pacify the Protestants in France royal army of eight thousand people crossed the country from end to end. Plague bacillus went to war together with them. Soon France lost about a million people.
Pandemic flu (“Spanish flu”), which broke out at the end of the First World War, was perhaps the most deadly epidemics in human history. It claimed the lives of about 50 million people around the world more than died on all fronts in 1914-1918. 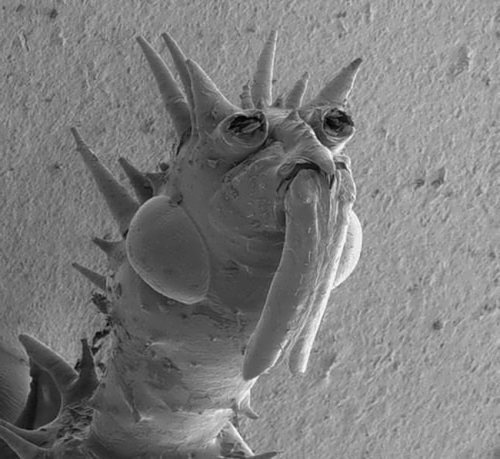 Blankets of mass destruction
Not always the epidemic began by chance. Long before the invention of biological weapons armies sometimes managed to put germs into their service. In the Middle Ages, during the siege of the city or castle besiegers sometimes threw into the bodies of the dead from the plague. In North America, during the protracted wars of the English colonists with the Indians there were cases when Indians were intentionally infected with smallpox. So, in 1763, General Jeffrey Amherst ordered to send them infected blankets. The epidemic killed thousands of Indians.

Microbes – conquistadors
Involuntary “union” with bacteria and viruses was a more reliable guarantee of victory than the talent of the commander or strategic advantage. The history of European colonization of the New World was written not only by greedy conquistadors, but also by fierce microorganisms. Such Eurasian infections like smallpox, measles, influenza, typhus and plague helped small troops of the Spaniards in the XVI century to crush militant empire and tribes.
When Francisco Pizarro in 1531 landed on the coast of Peru with a group of 168 people, civil war raged in the multi-million empire of the Incas. In just a few years before the arrival of the conquistadors there was an epidemic of smallpox. The disease devastated the empire, killed the emperor Huayna Capac and his eldest heir. There was the struggle for the throne. Pizarro took advantage of civil strife to crush the power of the Inca.

Price of insulation
For tribes, who centuries or even millennia lived in isolation, a meeting with newcomers from other continents often was fatal – even if they came not to win, but to trade or to preach. In 1903 Kayyapo tribe that lived in the Amazon jungle, was visited by a single missionary. There were seven thousand Indians and by the end of the 1920s only about thirty people stayed alive.
However, do not think that the General Microbe always fought on the side of the European conquerors. Malaria, cholera, yellow fever and other diseases of tropical Africa, Southeast Asia and New Guinea, which mowed Europeans, much slowed the colonization of the lands. Microorganisms do not swear any crown; they do not have a strategy of world conquest. They only survive, multiply, evolve. Nothing personal, only business. 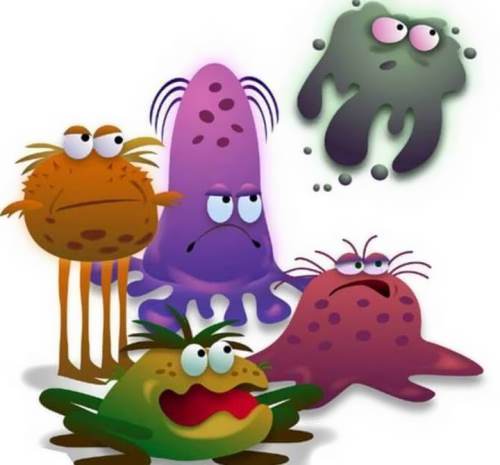