Iguanas are reptiles that belong to a large family of lizards. Most species of iguana live in the Americas. The best-known kind is the common, or green, iguana. It is found from Mexico south to Brazil. Some kinds of iguana live on the Galapagos Islands. The males are larger than females and grow up to 2 meters long and weigh up to 6 kilograms.
Iguanas are well equipped for speed and climbing with four powerful legs, each with five long thin toes tipped with strong claws.
Iguanas eat leaves, fruits, insects, small mammals, and birds. The marine iguana of the Galapagos Islands eats seaweed.
They live in trees, holes, burrows, and among rocks.
Iguanas are assigned to seven genera, their common names being banded iguanas, land iguanas, spiny-tailed iguanas, ground iguanas, desert iguanas, green iguanas, marine iguanas and chuckwallas.

Seven to 12 weeks after mating, the green iguana lays 20 to 30 eggs, each about 4 cm long. The banded iguana lays three to six eggs, each about 3 cm long. The banded iguana is unique in that egg incubation takes an unusually long five to eight months.
The Fiji banded iguana is so–named because males of the species have pale, bluish–green bands covering their green bodies. Their skin color changes in response to light, temperature, and mood. They are about 19 centimeters long and their tail measure two to three times their body length. The Fiji banded iguana lives on various islands that are a part of the island nations of Fiji, Tonga, and Vanuatu in the southwest Pacific Ocean. 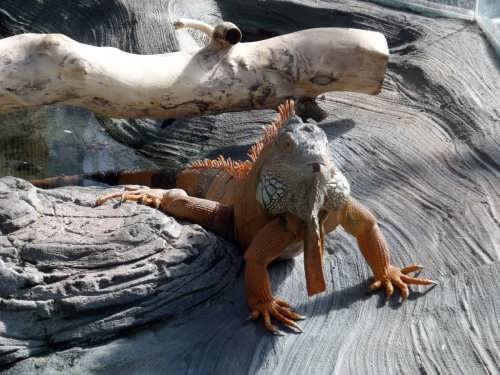 The Galapagos land iguana is a large iguana with a stout body. They reach a length of almost 1.2 meters and weigh an average of about 7 kilograms. This iguana is yellowish–brown in color with patches of black, brown, and rust. They prefer dry areas on the islands they inhabit.
People keep them as pets and in rural areas people eat them. Cats, large birds, and other animals also eat young iguanas and their eggs.
Iguanas may live up to 40 years. 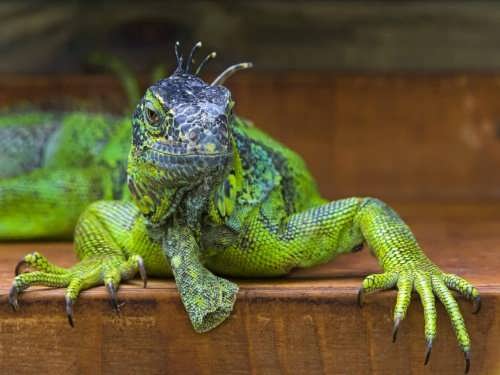 Green Iguana colors, in fact, are not only all shades of green. The coloration varies from green to pale lavender, black and even pink. In the west of the Costa Rica, green iguana looks red, and in the more northern regions, such as Mexico, it is orange. In El Salvador, juveniles often appear bright blue, but their color changes significantly when the lizards are older. In ancient times, the inhabitants of the Maya believed that the world is located inside a huge house, and its walls are four giant iguanas, called by the Indians “Itzam”. Each iguana symbolized a certain side of the world and had its own special color. In the sky, the tails of iguanas converged forming a roof. The Mayan called this house Itzam Na, which literally means “iguana-house”. 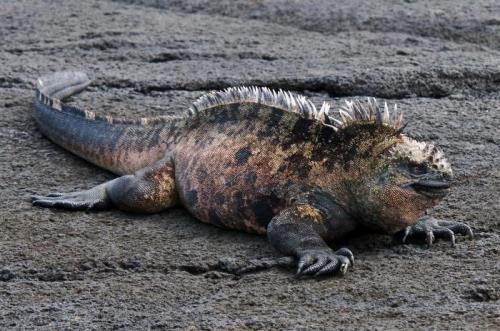 Through the entire human history Iguana was periodically revered as a god, who represents not only an iguana, but everything in the world. God was so great and all-embracing that alongside with paintings, He was depicted in the iguana patterns and colors. For this very reason, iguanas were depicted as deities. Even in the XVI century Spanish missionary Diego de Landa watched the Indians bring a green iguana as a sacrifice to the gods.

Indians Moche culture in the west of Peru, among other animals worshiped a green iguana. Multiple figures and images of iguanas were included in exhibits of the Larco Museum in Lima. One of the most common characters is a humanoid god with the head, crest and tail of iguana. This deity, often in the company of other deities in the form of a man with a badly wrinkled face and round eyes, acts as one of the key figures in the funeral procession. 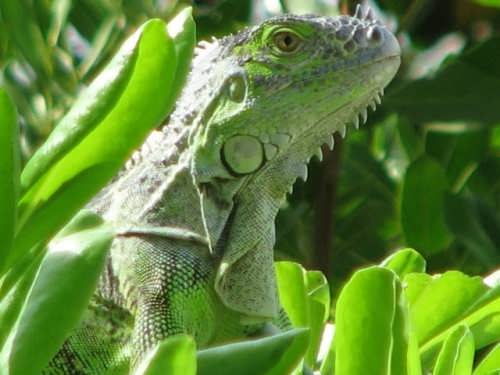 In recent years, iguana has become one of the most popular pets, and perhaps the most accessible reptiles. Approximate reptiles market analysis suggests that at least 10-15 thousand of young iguanas annually get into the hands of domestic animal lovers. Given that under proper conditions the iguana can easily spend more than 15 years, it would be easy to assume that they have become as common as dogs and cats. But adult iguana – a rare phenomenon, causing surprise and curiosity.

Interesting facts about the green iguana:
1. It turns out that the iguana has a real third eye! It is on the top of the head of lizard, and looks like a white flake. This feature iguana got from its ancestors, but now it does not work in full force, yet, the eye, like an ordinary, contains both the lens and the retina. It is very convenient due to its location, the lizard responds to the danger that is approaching from the top.
2. Iguanas are good swimmers.
3. Iguanas, like other lizards are able to fold the tail and then grow a new one. With the tail, they are able to inflict hard blows, like a whip. 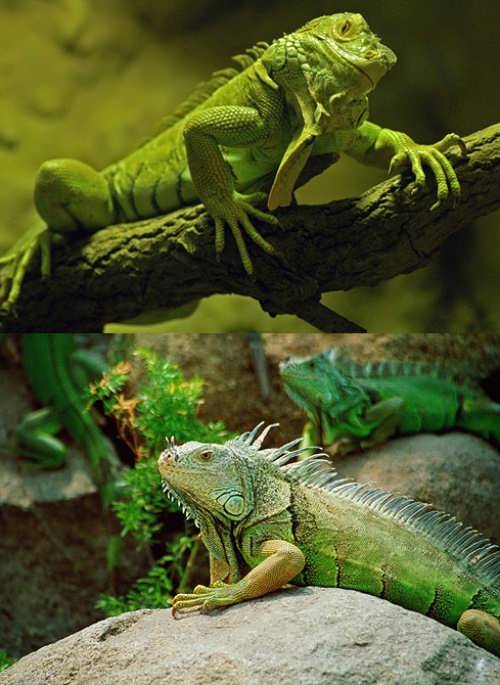 Blue Iguana – is an endangered species of lizards, which live only in the Cayman Islands. These iguanas are notable by the fact that they are most long-lived among lizards. One blue iguana was recorded to have lived for 67 years.

Rock Iguana is a rare reptile. Stony slopes, dotted with pebble bed drying up rivers, coastal cliffs – this is the place where you can meet one of the most prominent Mexican reptiles – rock iguana (lat Petrosaurus thalassinus).
Source: myreptile.ru 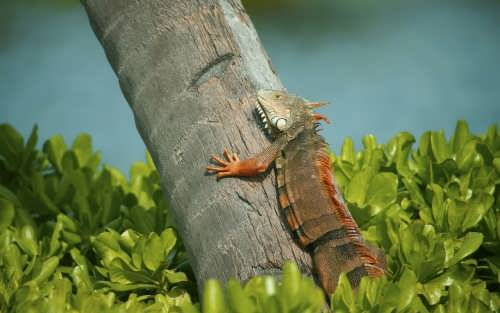 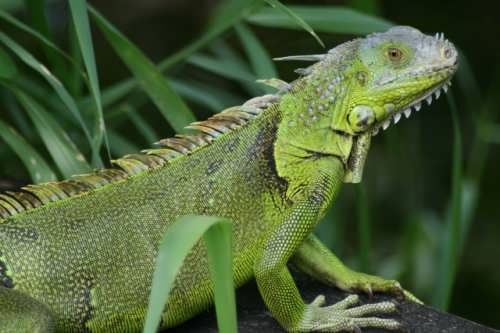 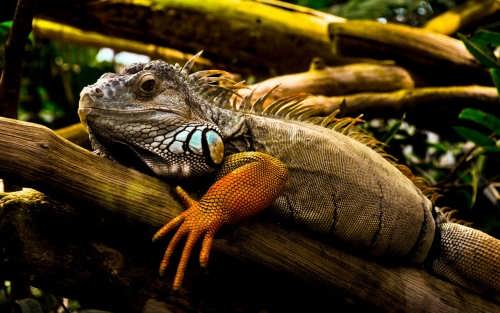 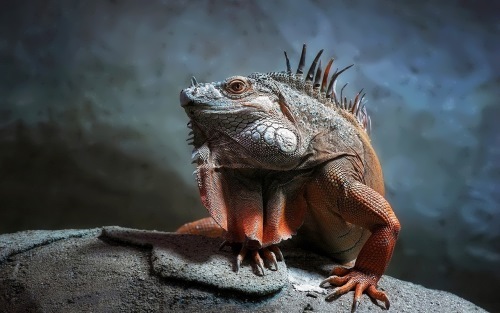 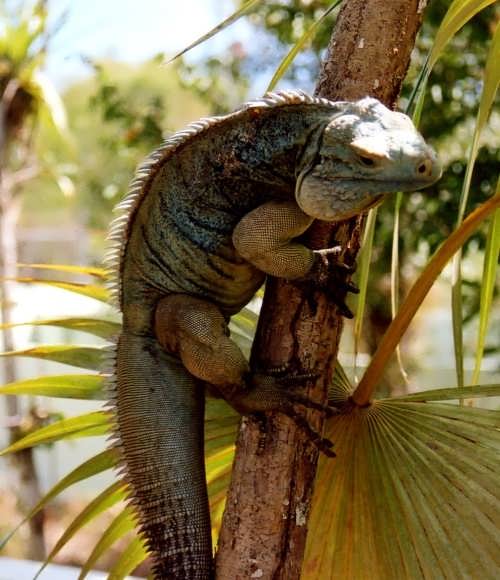 Iguana on the branch 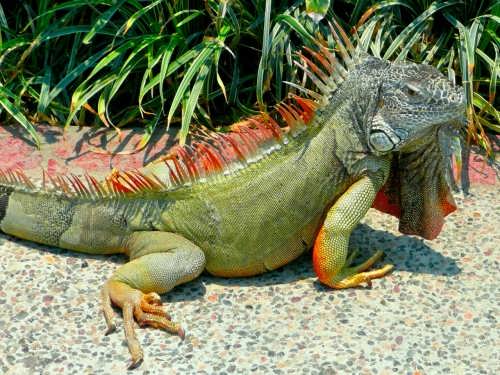 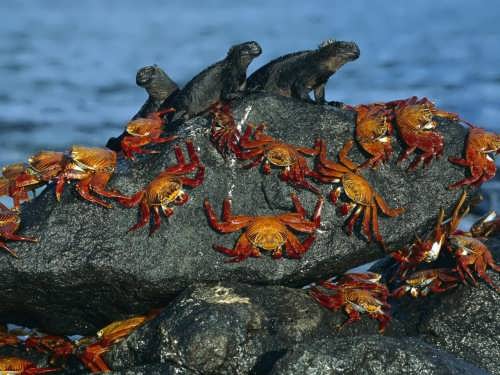 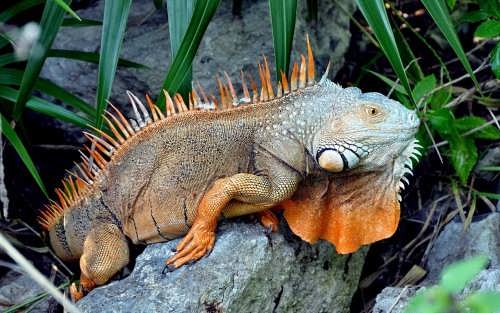 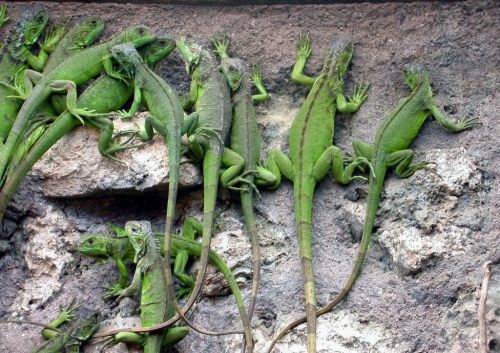 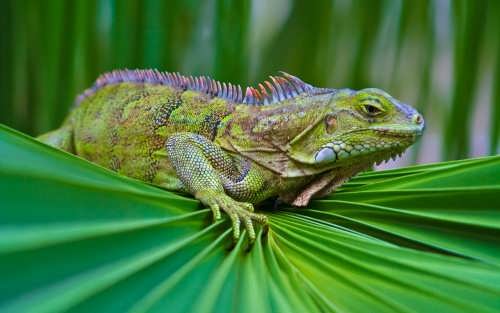 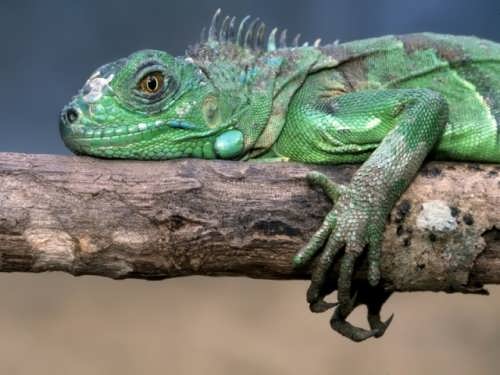 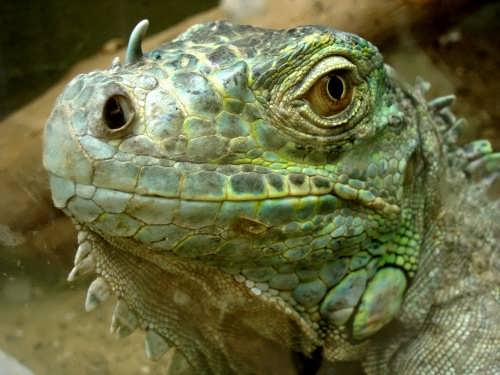 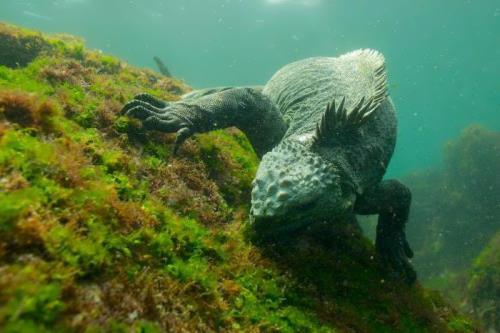 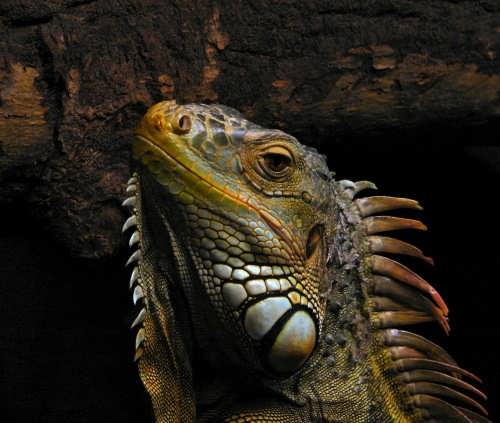 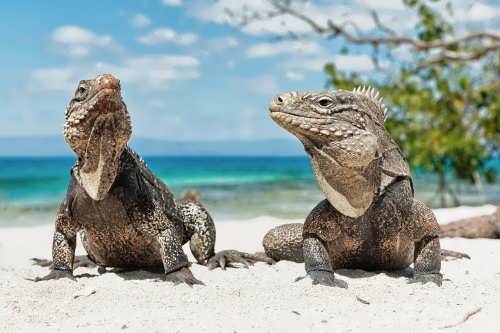 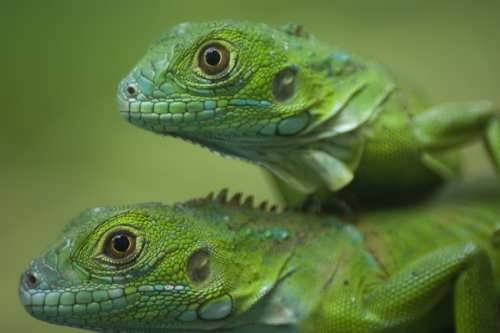