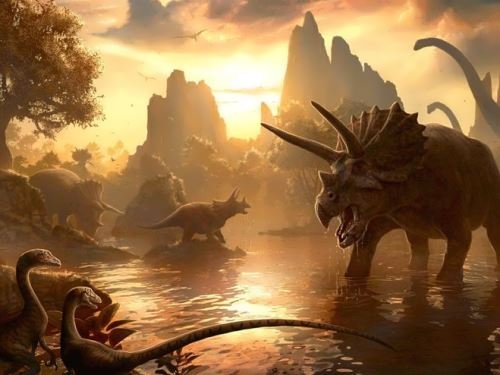 They Once Ruled the Earth

Millions and millions of years ago the land, sea and sky were ruled by reptiles — pterosaurs, ichthyosaurs, plesiosaurs, and mosasaurs.
One of the largest of all animals was Brontosaurus. It was as long as a line of ten elephants and weighed about 30 tons. It spent his days wading in the water and eating green plants.
Most of the ancient reptiles were plant-eaters. Many had small heads on very long necks, and they walked on four legs.
Tyrannosaurus Rex had a huge head and a thousand teeth. He could kill and eat a Brontosaurus.
Tyrannosaurus Rex means “king of the lizard tyrants.” Brontosaurus means “thunder lizard.” Dinosaur means “terrible lizard”. 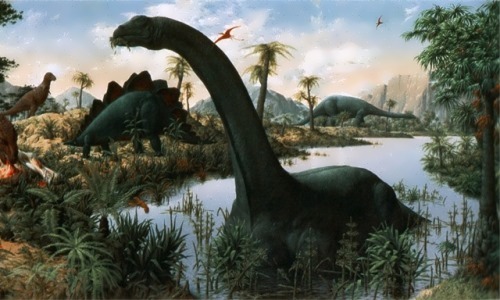 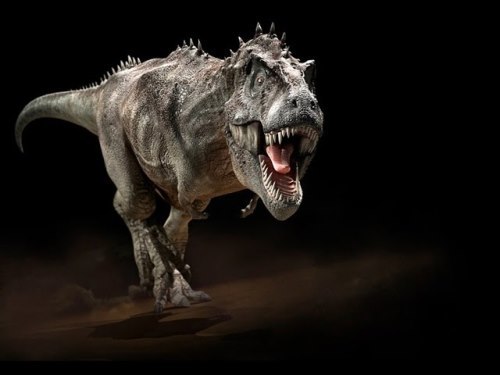 Pteranodon was one of the largest flying reptiles. It measured about 8 meters from the tip of one wing to the tip of the other wing. 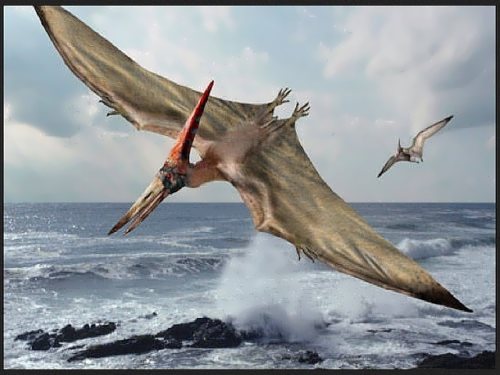 These fantastic reptiles had died out long before there were any people on earth, about 65 million years ago. Most dinosaur discoveries are made in China, Mongolia, the United States, and Australia.
Today there are only five kinds of reptiles: the lizards, the turtles, the snakes, the crocodilians and the tuatara. There are about 6,000 species of reptiles scattered over the earth.

The small tuatara is a unique reptile, a leftover from the days of the dinosaurs. It grows very slowly and is probably one of the longest-lived animals on earth. They live only on the small cold islands off New Zealand. 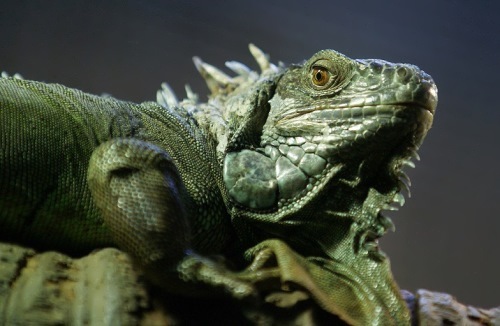 The largest reptiles of today are the crocodilians. A crocodile which was 8 meters long was killed in 1954.
Their jaws are so strong they can crush a man. Crocodilians are wonderful swimmers. They catch and eat most of their food right in the water. It may me a turtle, a fish, or a swimming bird. Sometimes the larger crocodiles wait for animals to come to the water to drink. Then they may swing their tails and knock their prey into the water. 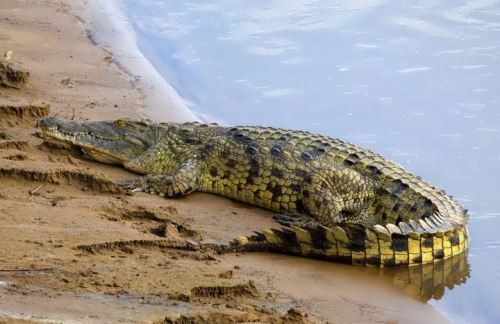 Snakes are different in many ways. Scientists believe that there are about 2,700 kinds of these legless reptiles. No snakes live in the polar regions or high in the mountains. Their eyes are always open because they have no eyelids. Snakes eat only animal food swallowing it whole. Its tongue isn’t poisonous. Poisonous snakes inject venom through their fangs when bite.
The largest poisonous snake is the king cobra, growing to more than 5 res. Its fangs have more venom than any other snake — bite can kill an elephant in four hours.
The giants of the snake world are the python and the anaconda. Both can grow to be over 9 meters long. They twist their bodies around their prey and squeeze it until the victim stop breathing. Then they swallow it.
The fastest snake is probably the black mamba of Africa. It can move at a speed of 11 kilometers per hour over a short distance.
Snakes are helpful controlling rats and other rodents. 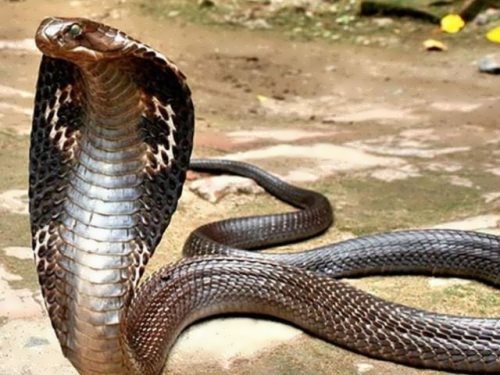 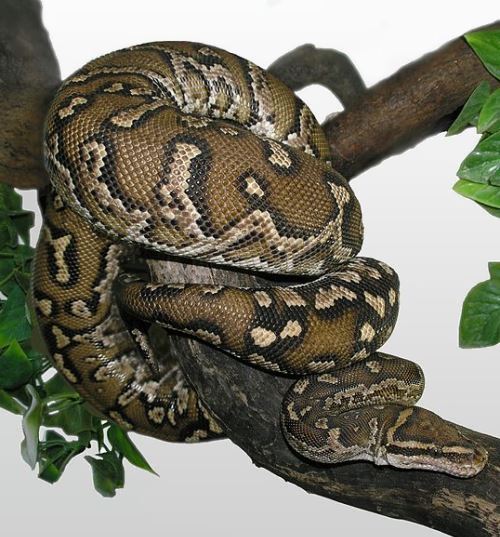 A House on the Back
The turtle is the only reptile with a shell. It’s an excellent natural protection. If an enemy comes near, the turtle pulls its head, tail and legs into its shell and it won’t come out till there is no danger.
Sea turtles rank as the fastest ones. The green turtle can swim at a speed of nearly 32 kilometers per hour.
Turtles have no teeth. They have beaks.
Some kinds of turtles live longer than human beings.
Today, many species of turtles face extinction because people hunt them for food and for their shells and gather their eggs. 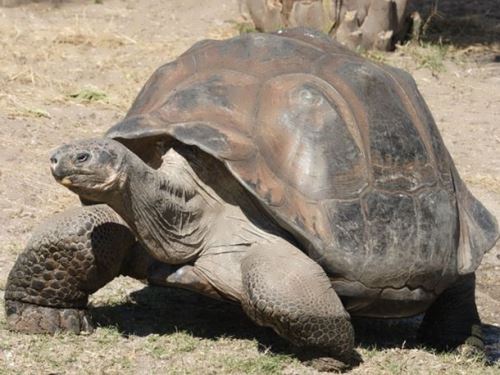