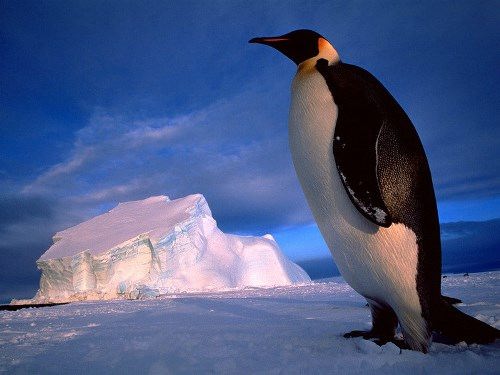 Penguins are flightless sea birds. Its torpedo–shaped body allows the bird to travel swiftly in water. They use their short flat wings like flippers. Penguins are the only birds that can swim but cannot fly. There are 18 types of penguins. They live in Antarctica, Africa, New Zealand, Australia, and South America. Penguins have a thick layer of fat that helps to protect them from the cold. A penguin typically has a black back and a white belly. Short, glossy feathers cover its body are waterproof and helps keep the bird warm.
Penguins live in nesting colonies, that can be enormous. In large groups they are safer from predators, such as skuas, sharks, killer whales, and especially leopard seals.

Group living also provides better care for their young and protection against the cold.
They tend to mate for life. They make nests of sticks and coarse grass in holes in the ground. The females lay one or two eggs, and then both parents take turns looking after them. 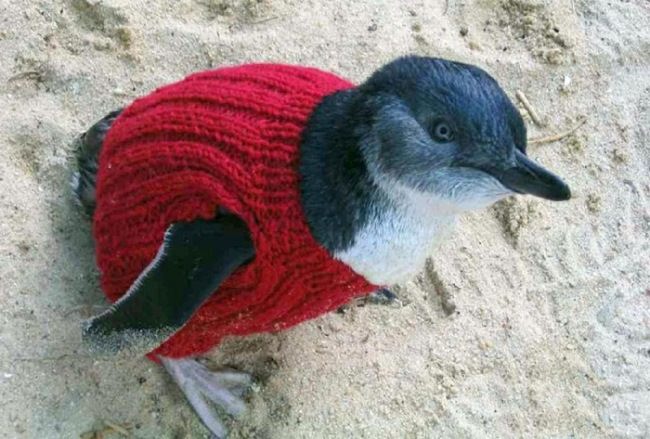 Penguins eat squid, krill and small fish. They learn about the location of food from each other.
The yellow–eyed penguin is mainly gray and white in color. It has a crown of yellow feathers and bright, yellow eyes. An average adult yellow–eyed penguin can measure 76 centimeters long and weigh 5 kilograms. A female lays 2 eggs, the second of which is laid 4 days after the first. Both parents incubate the eggs. The yellow–eyed penguin is found in New Zealand on South, Stewart, Codfish, Campbell, and Auckland Islands.
The emperor penguin is the largest type, which weighs about 36 kilograms. They live only in Antarctica and have golden ear spots on the head. They live up to 20 years. A female doesn’t build nests. The father holds an egg on his paws, warming it in the folds of the belly.
Polar species of penguins can survive at the temperature -60 degrees Centigrade.
Penguin is a symbol of the Linux operating system. 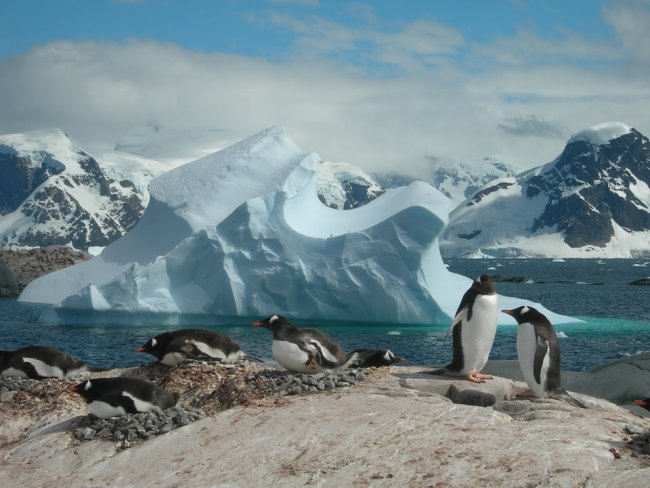 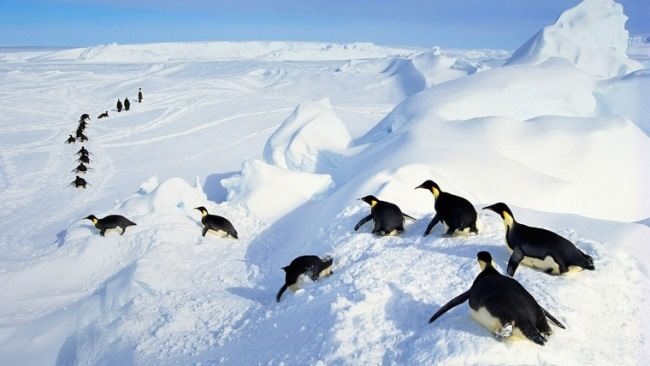 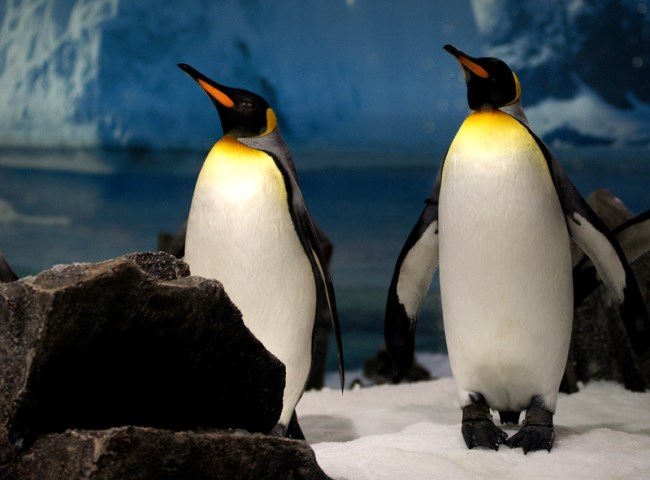 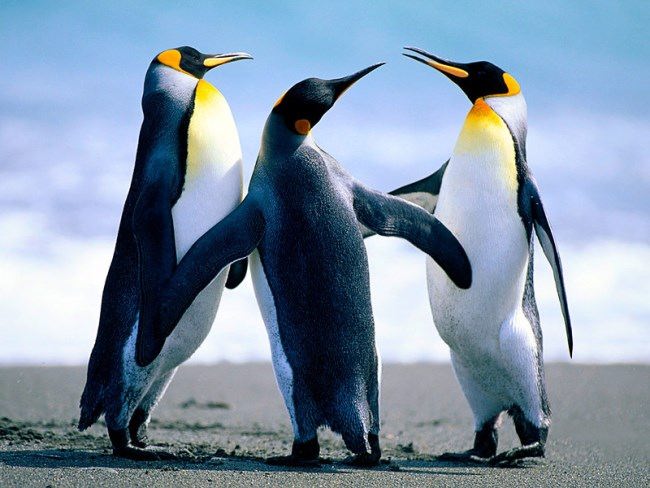 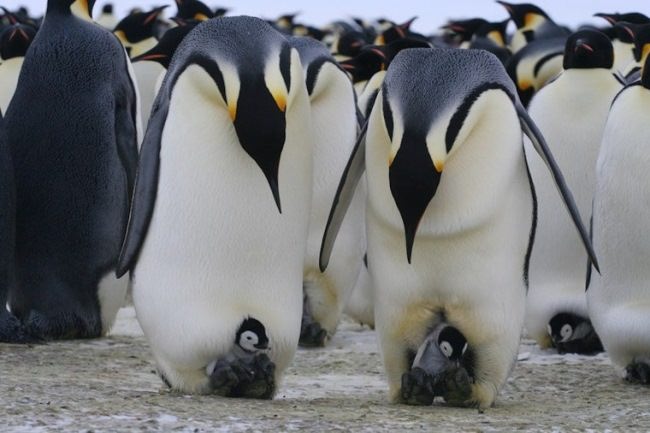 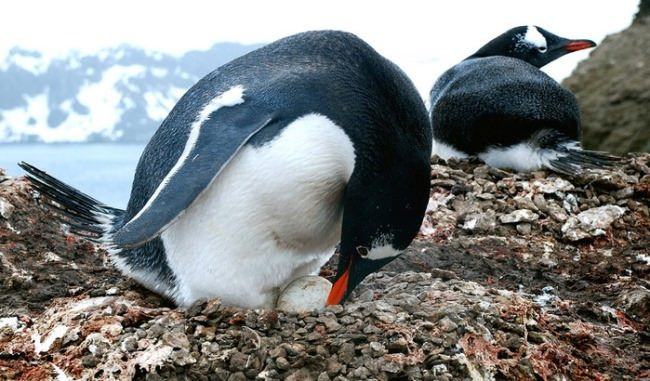 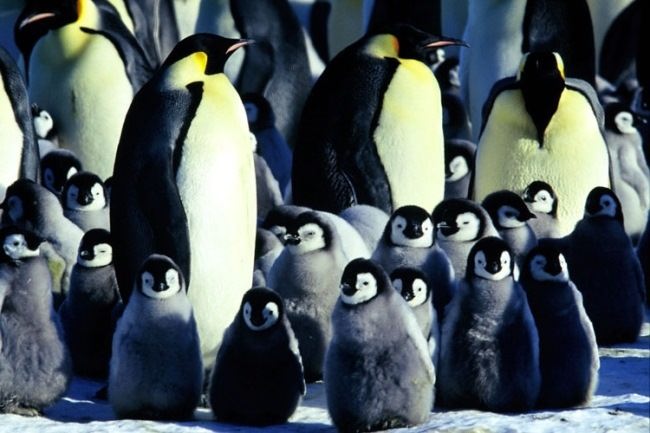 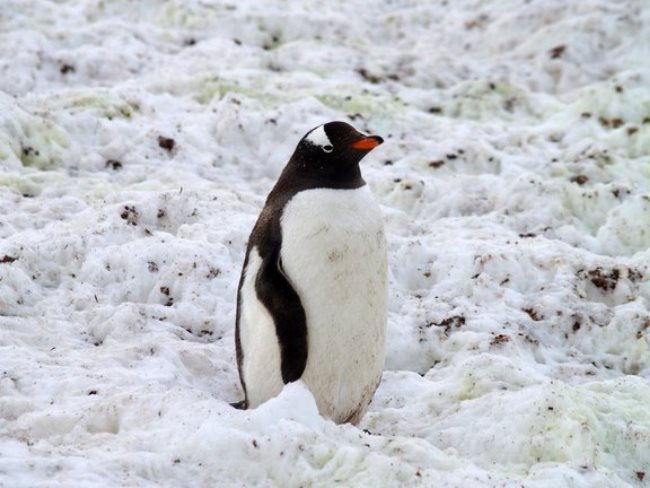 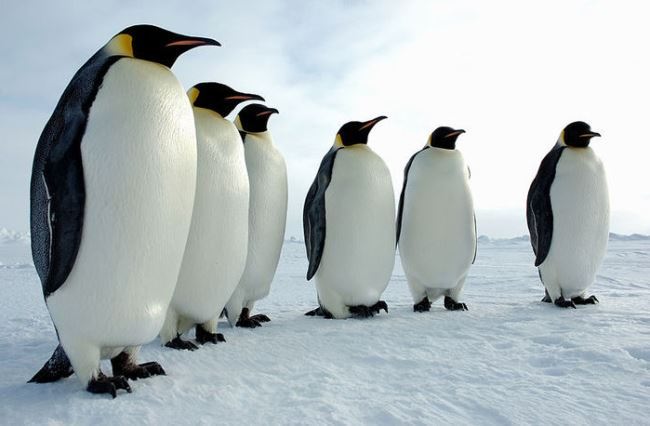 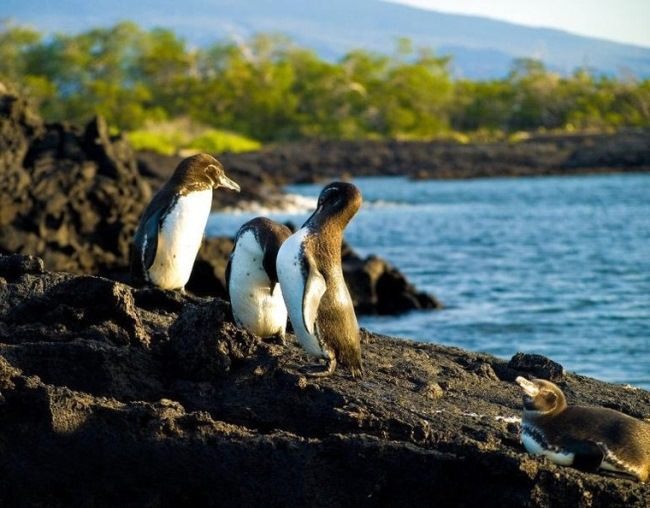 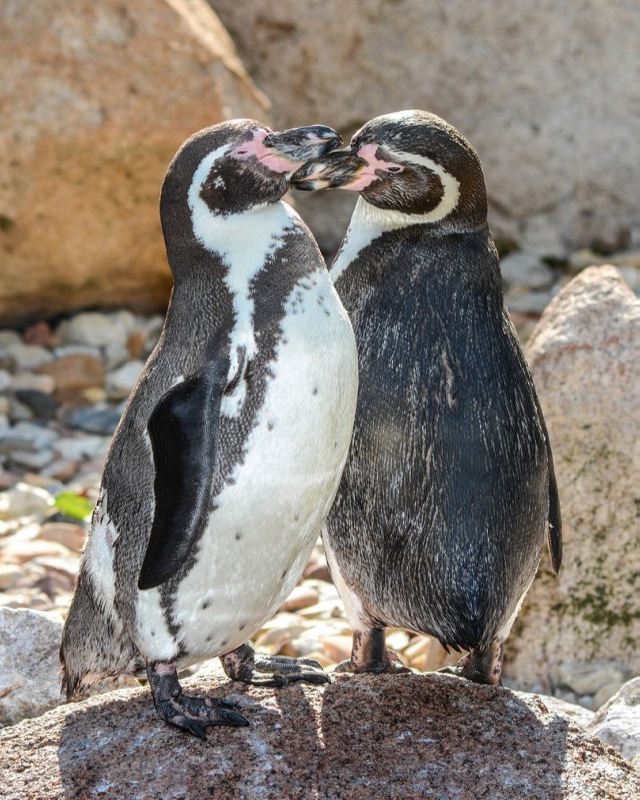 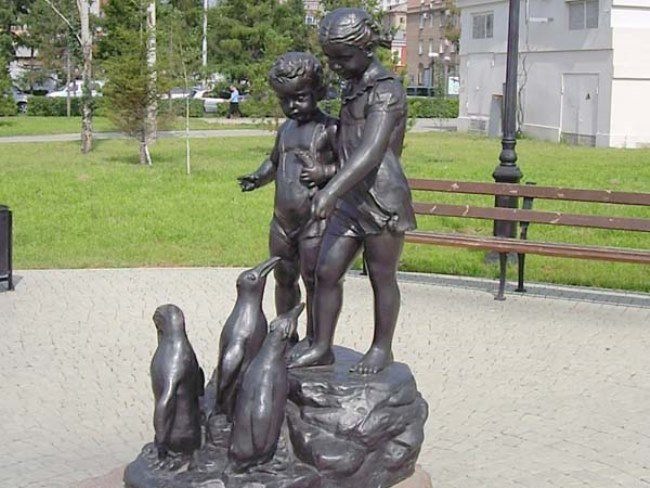 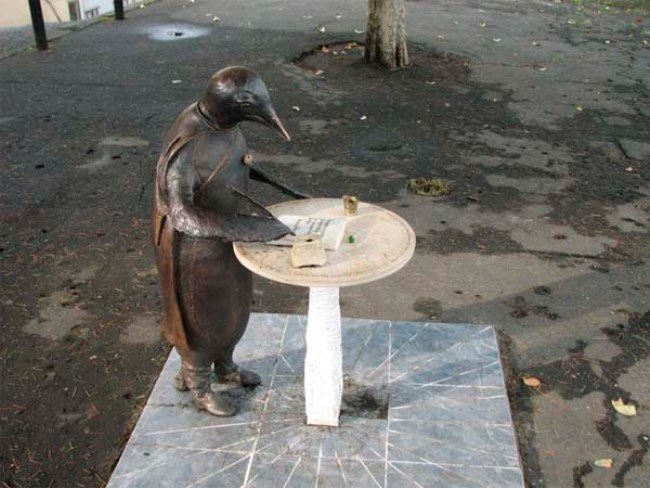 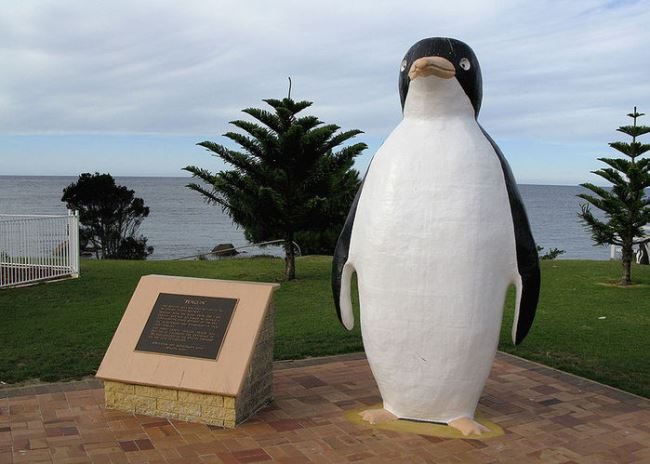 Monument to penguin in Australia 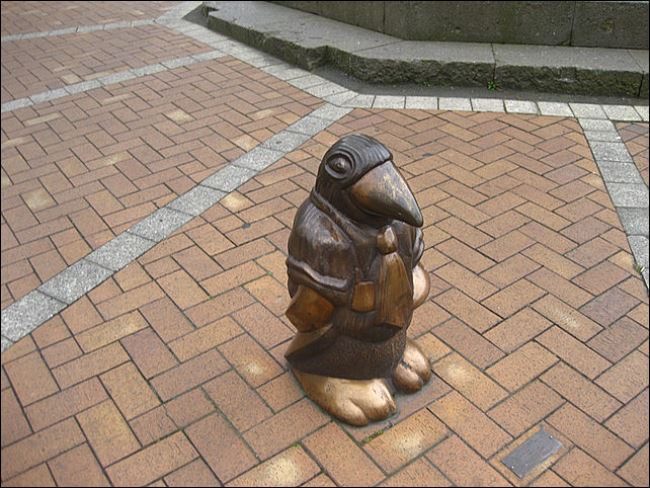 Monument to penguin in Dnepropetrovsk, Ukraine 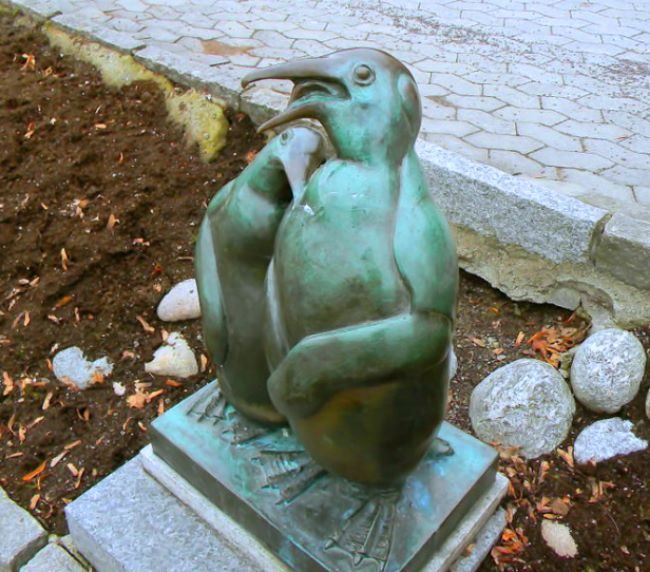 Monument to penguins in Norway 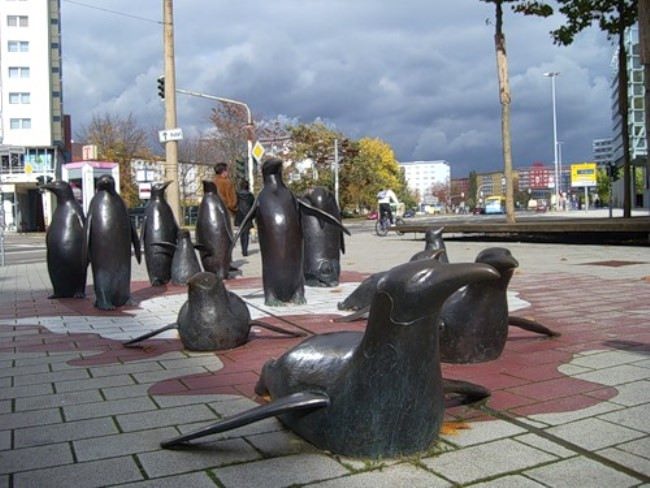 Monument to penguins in Germany 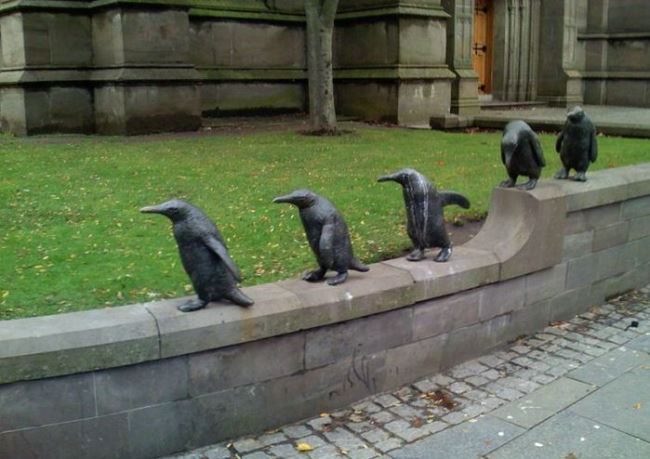 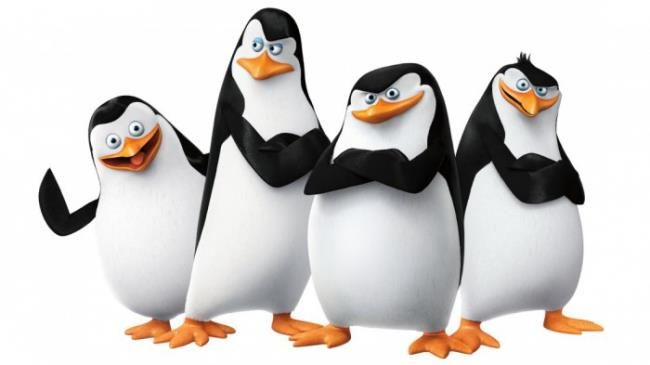 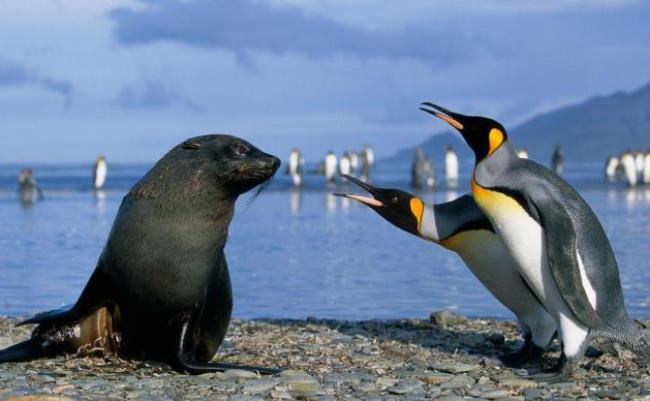 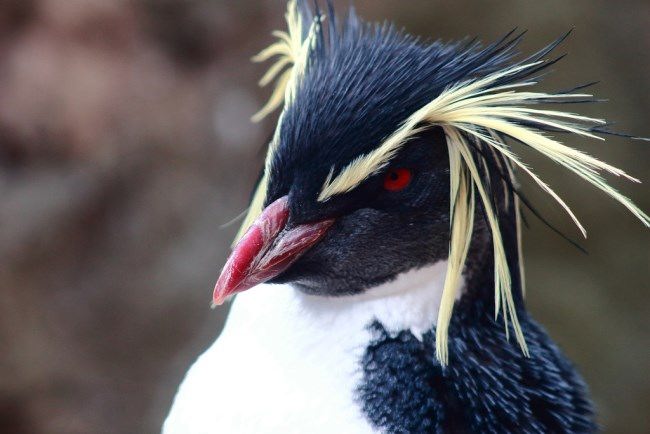 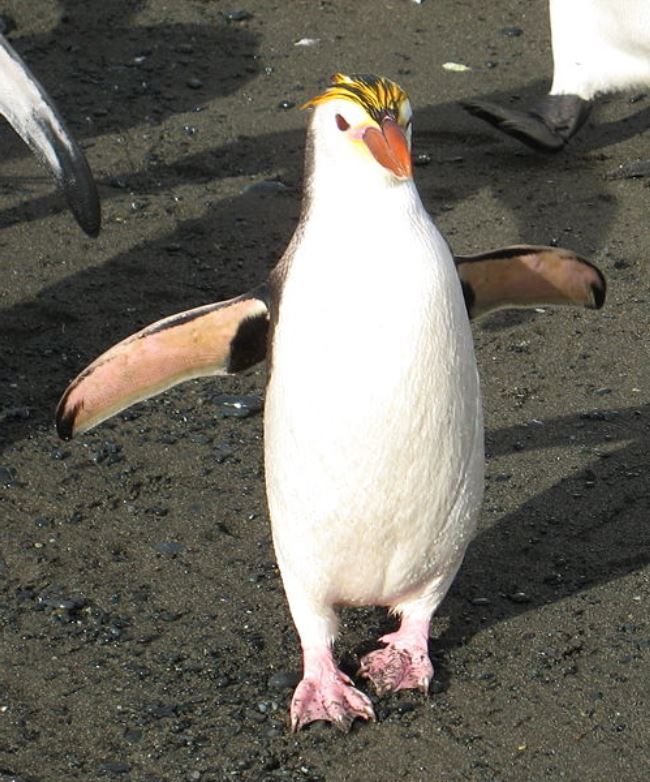 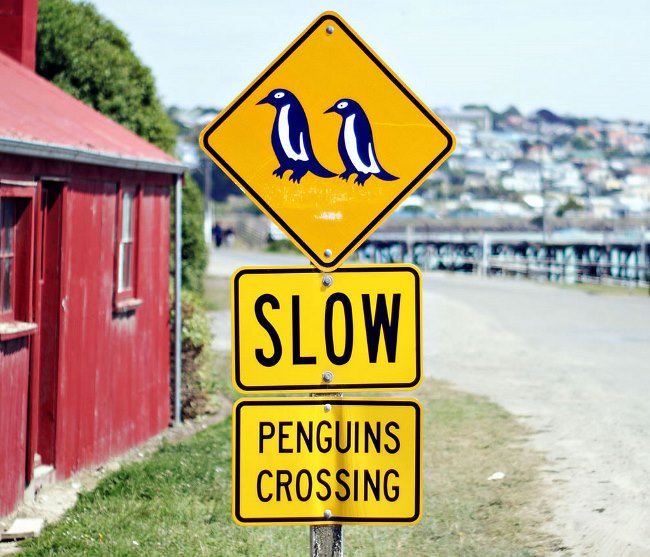 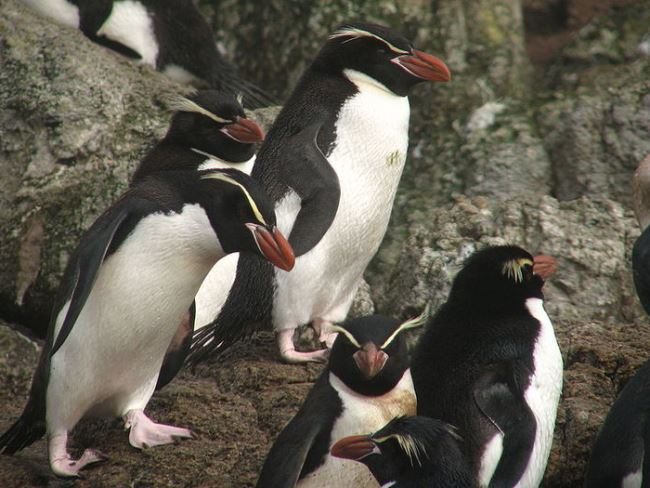 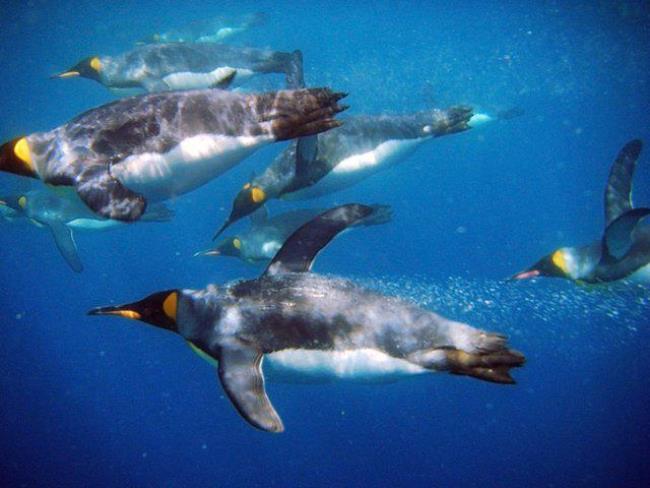 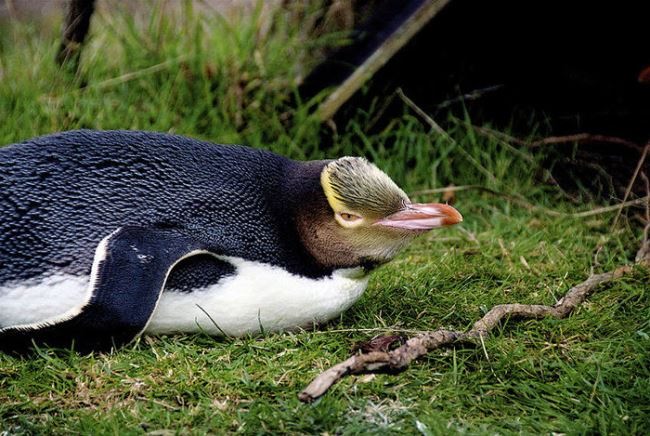