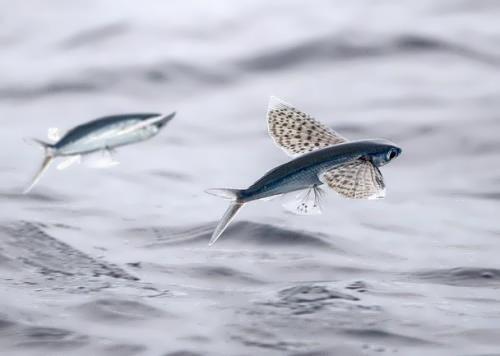 Flying fish is a unique fish. They do not actually fly by flapping wings, like birds do. Instead, they jump from the water and use their fins to glide through the air. They live in warm seas throughout the world. There are about 40 different species. They are close relatives of the needlefish, halfbeaks, and sauries.
These fishes are usually less than 45 centimeters long and are deep blue on the back and sides and silvery underneath. Their pectoral fins are almost as long as the body and serve as wings. The tail fin may vibrate as rapidly as 50 times per second and by these movements the fish may make several thrusts into the air in rapid succession.

They have narrow body with large, winglike fins. The speed of the flying fish at the time of the flight is about 16 km / h. Sometimes fish makes serial jumps, during which the tail immerses in the water several times. Sometimes jumping series can be for 40-43 seconds. During this time the fish manages to fly a distance of 400 meters.
Flying fishes “fly” to escape predators. Some fish can go as far as 180 meters in a single glide. 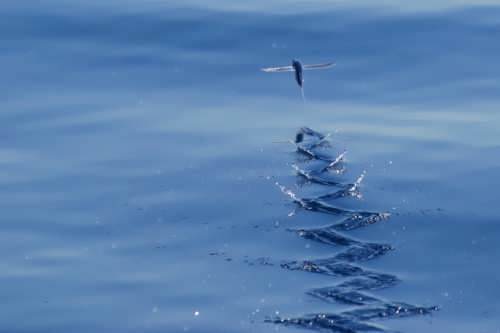 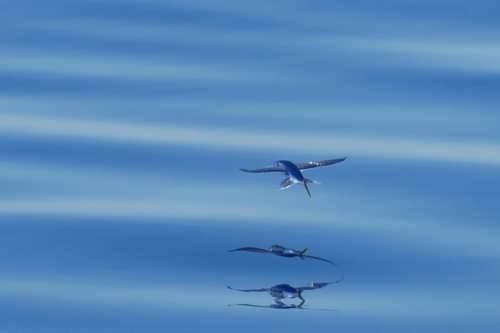 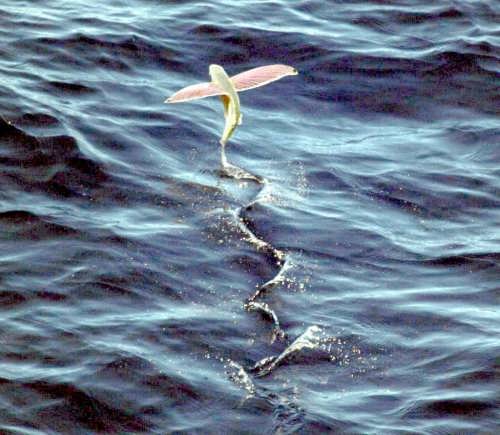 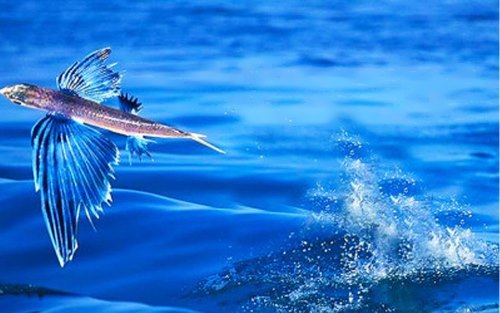 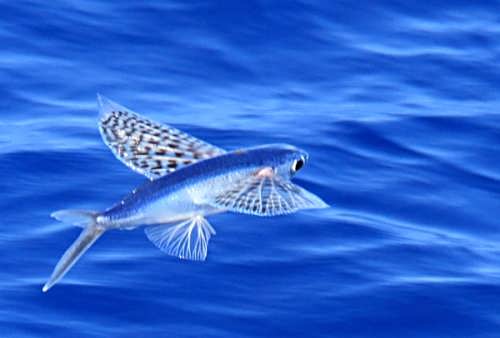 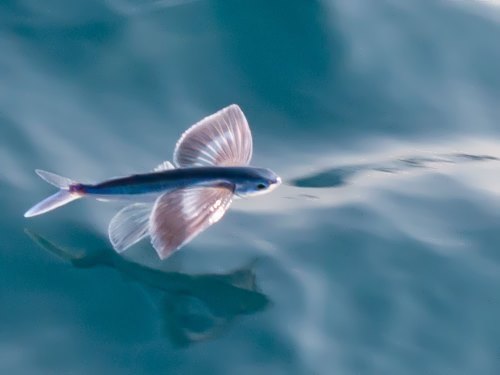 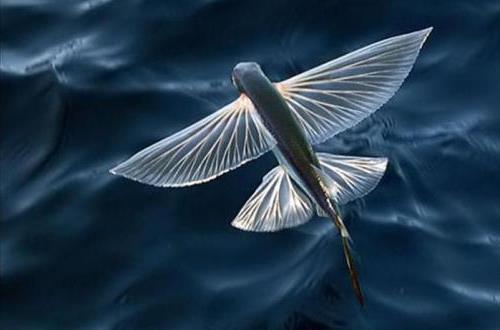 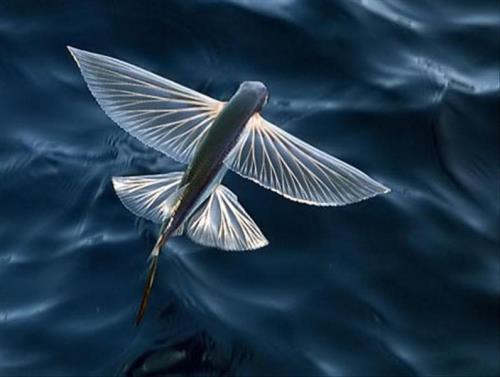 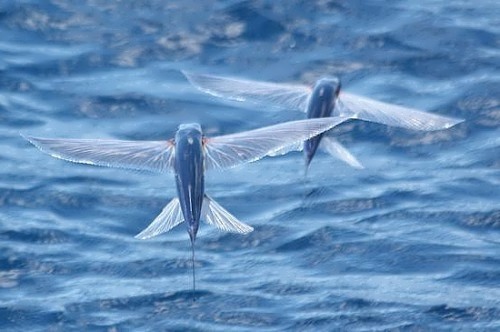