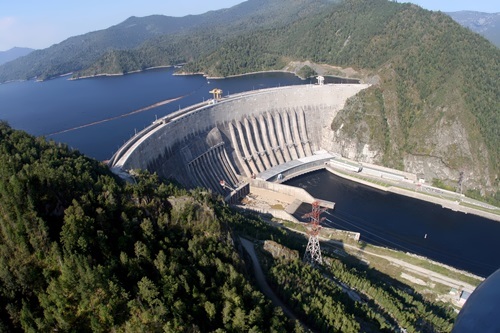 It is the largest hydroelectric power plant on the Eurasian continent. Its construction on the Siberian Yenisei River began in 1968. Today the dam height reaches 245 m and it is over 1 km long. The first ten 640 MW hydropower units were launched in 1978. Currently, all ten hydropower units in total produces 6400 MW, it is considered the world’s third power.
The Yenisei River is the deepest and most powerful river in Russia. The average water consumption is 19.8 thousand cubic meters per second.
They were going to build many power plants in the Soviet Union in 60s of the XX century. Electricity would be enough for Far East, but the construction was dictated not only by the desire to get cheap electricity. Deposits of marble, non-ferrous metals were discovered near the Yenisei and they began construction of the aluminum plant.

In 1978 the hydroelectric power plant was launched. At the same time Mainskaya power plant with smaller capacity, 381 MW, was built to smooth out fluctuations in the water level.
Construction of the power plant has long been over, but the Yenisei forced to strengthen it again and again.
Arch-gravity dam even recorded in the Guinness Book of Records as the most reliable hydraulic structure of this type. This huge dam was built in the rocky shores of the Yenisei. Just imagine, 9,075,000 m³ of concrete was used. Such amount of concrete would be enough to build the highway from Moscow to Vladivostok! 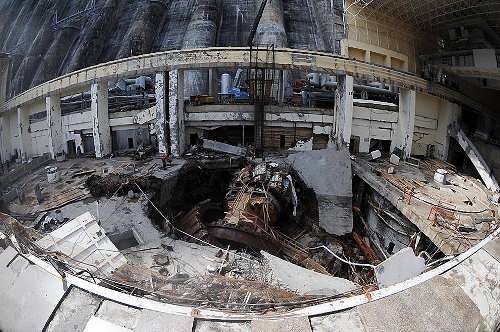 The unusual Group monument to hydropower plant builders combines bronze figures of people of different professions, who were directly involved in the construction.
More than two hundred organizations participated in the construction of energy giant on the Yenisei. Young professionals from all over the former USSR came there.
Each turbine RO-230/833-B-677 of the energy giant has an impeller diameter of 6.77 meters and weighs 156 tons! Water turbines were made in Leningrad. 10 huge impellers travelled almost 10 000 kilometers! They were transported by water transport through the Arctic Ocean.
In 2009 there was the largest man-made disaster. As a result 75 people were killed, basic equipment and computer room were badly damaged. After the accident in 2009 many tons of turbine oil flowed into the waters of the Yenisei and 400 tons of fish were killed. 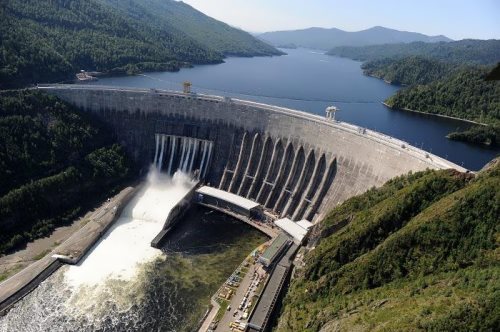 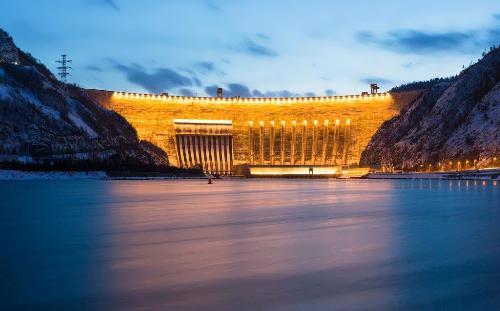 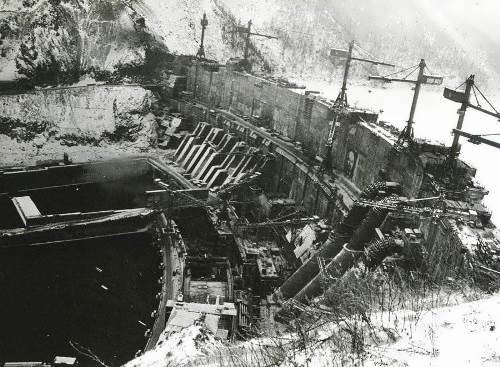 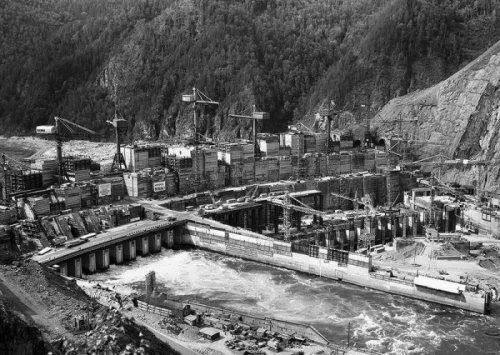 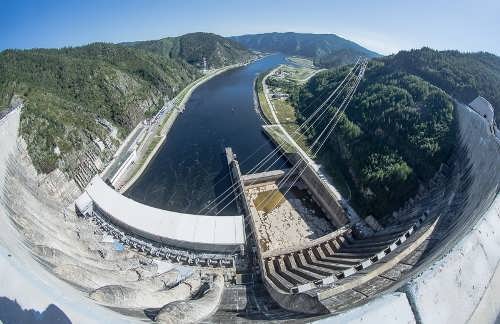 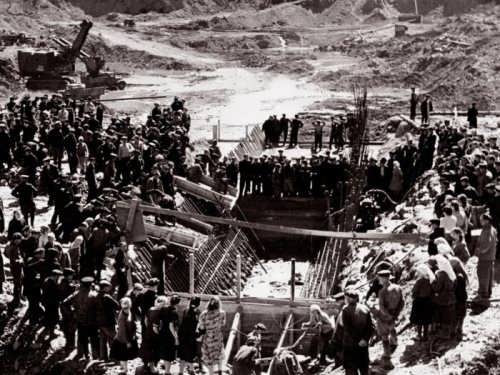 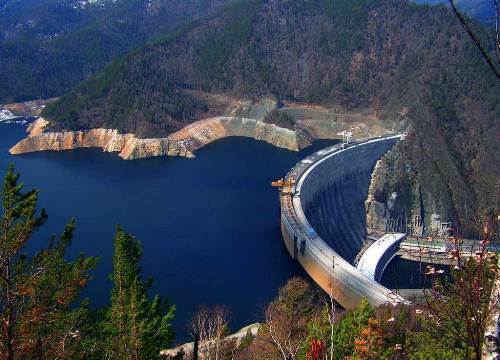 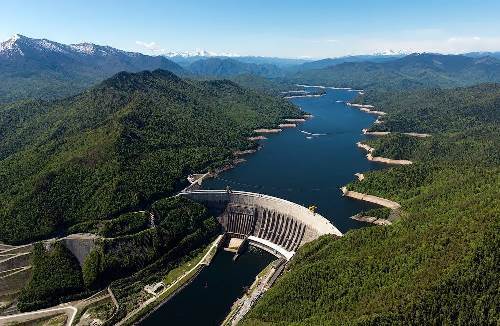 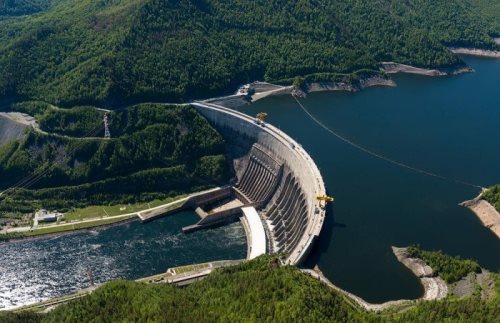 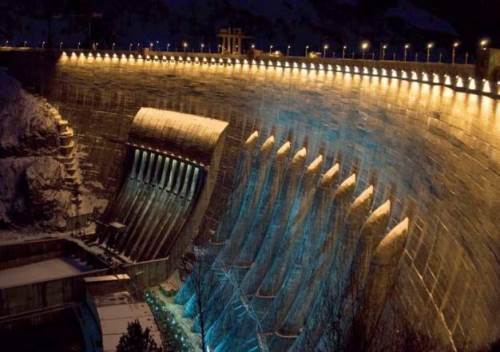 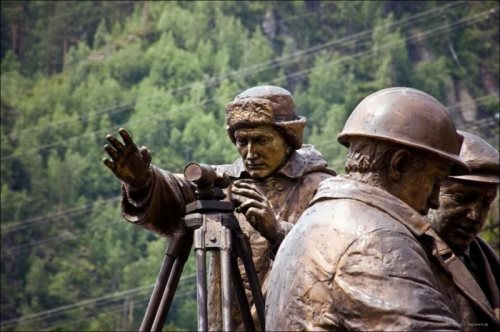 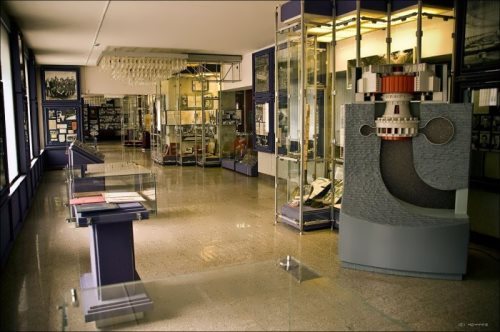 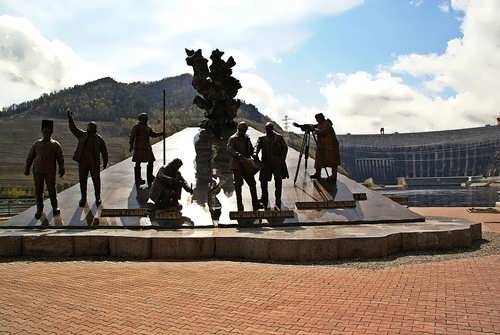 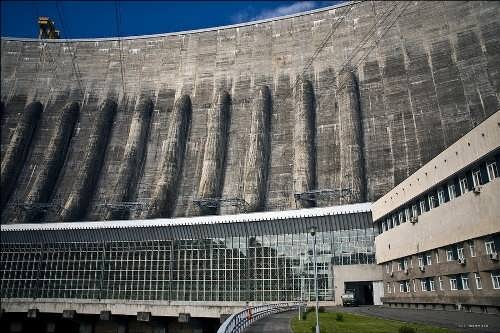 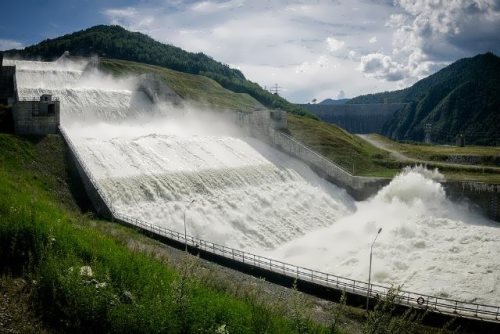 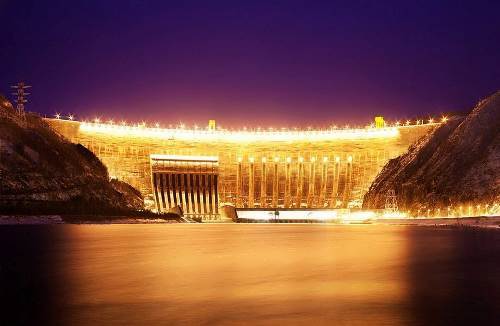 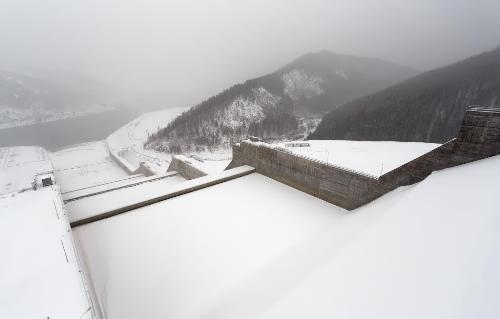 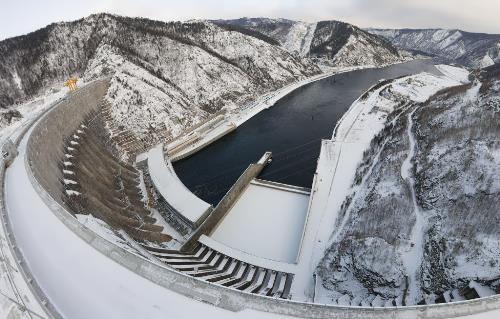 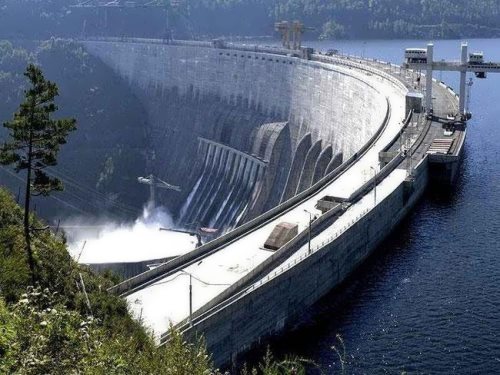 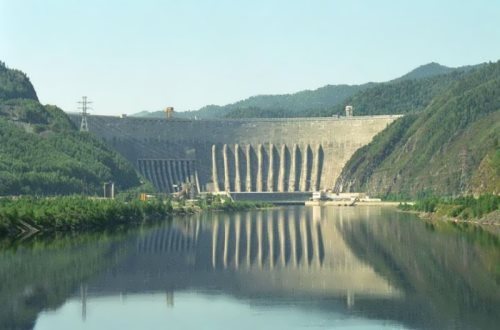