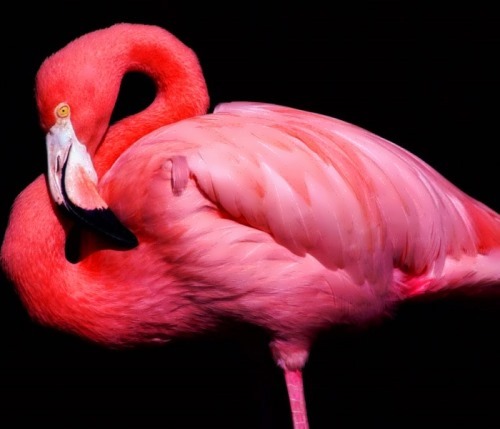 Flamingos are tall, mostly pink birds with long legs. They fly and feed in large flocks of hundreds to even millions of birds. They are wading birds, this means they feed while standing or walking in shallow water.
These birds occur in tropical and temperate regions of Africa, Madagascar, India, southern Europe, Caribbean coasts, highlands of the Andes in South America, and on the Galapagos Islands.
Flamingos live in warm regions near lakes and bodies of water called lagoons.
There are five species of flamingo. The greater flamingo is also commonly kept in theme parks and zoos.
The Chilean flamingo is a smaller species, occurring from central Peru through the Andes to Tierra del Fuego.

The lesser flamingo breeds on alkaline lakes in East and South Africa, Madagascar, and northwestern India.
The Andean flamingo occurs above 2,500 m in the Andean highlands from Peru to Chile and northwestern Argentina.
Flamingos have a very long neck and long legs, with webbed toes on their feet. They have long, strong wings, and a short tail.
Flamingos eat algae, shrimp, snails, crabs, and mollusks.
These birds sleep while standing on one leg, the other leg folded up and stowed under the body, and the head laid over the back.
The nest of flamingos is placed on the top of a cone-shaped structure made of mud scooped up from shallow water using the bill. Both sexes incubate the one or two eggs. Young flamingos are born white, with soft, downy feathers and a straight bill.
Flamingos are very social and often live in large groups, called colonies.
They get their pink coloring from the carotenoid pigment in their food, which is the same pigment that makes carrots orange.
Ancient Egyptians believed that flamingos were the living representation of the god Ra. In the Americas, the Moche people of ancient Peru worshipped nature and paid a great deal of attention to these birds and often depicted flamingos in their art.
The flamingo is threatened on many fronts. Human collectors steal its eggs. The body fat of the bird has historically been used as a rub to treat rheumatism, a disease of the joints. People pollute and destroy its habitat.

The plumage of Flamingo can vary – from pure white to orange and red. Even the name of the bird, which comes from the Spanish word meaning flame, suggests the bright palette of colors and shades. But the most ubiquitous color is Pink. For most people pink is associated with tenderness, romance. Flocks of Pink birds is an impressive look at the background of exotic greenery surrounding the river and on the background of gray rocks. One of the many legends dedicated to Pink flamingo, tells how flamingos regretted people dying of starvation in the lean years and helped them. According to the legend, Flamingo fed poor people with pieces of meat, hatched out of its body. The blood flowing from the wounds, fell on its feathers and dyed them pink. That’s why the pink plumage of flamingos remains such a prompt to the descendants of survivors to not forget about it.

Meaning of mascot of phoenix bird, flamingo and therefore, as a type of Phoenix, in Feng Shui: Bird phoenix in China – a symbol of sun, fire, heat, summer. Since the Chinese phoenix has always been considered “the wife of” the dragon, the phoenix mascot helps to create not only a strong union, but it even helps childless couples.

In Latin, flamingo sounds like a Phoenicopterus, which is translated as “purple wing”. Flamingo – a prototype of the mythical bird Phoenix. It is known that according to legend, at the end of his career phoenix burned in the fire, then certainly reborn from the ashes. It is no accident it is believed that the prototype of flamingos are lycidae phoenix, symbol of transformation and rebirth.

Talisman with phoenix of red or fiery color will bring happiness, the victory, the beauty and wisdom, help in the prosperity. And to the creative people will assist in the execution of their desires and achieving the goal. 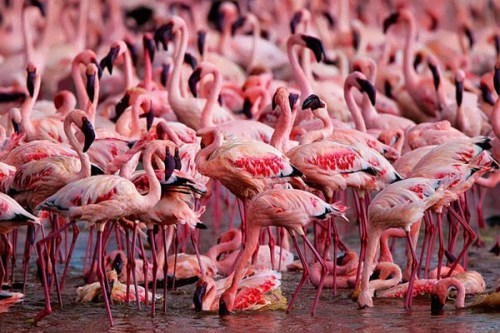 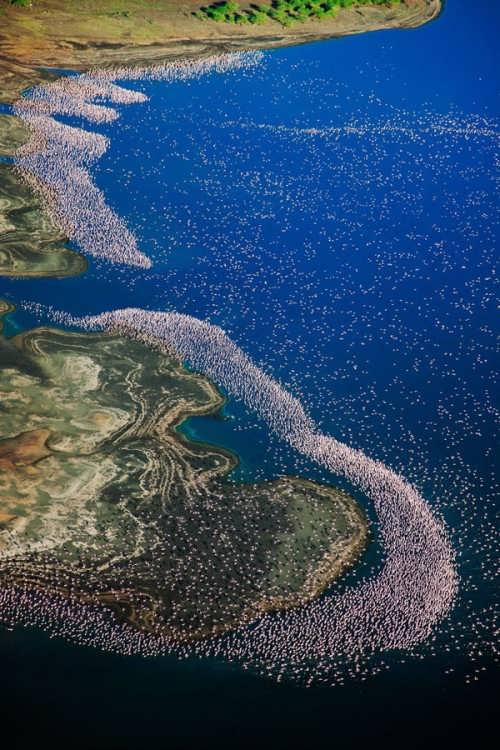 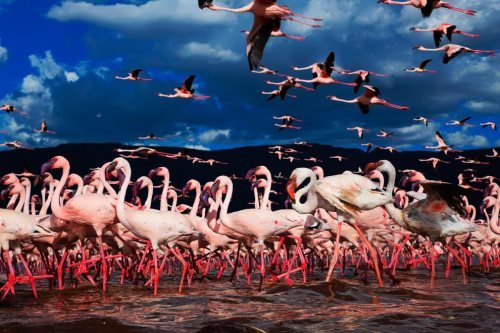 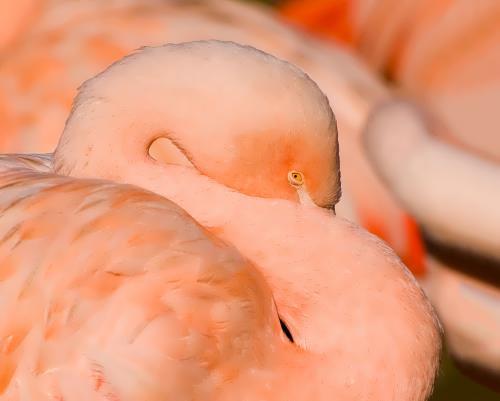 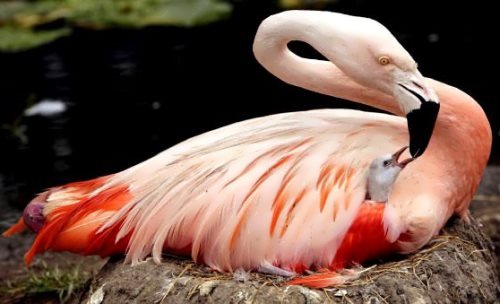 Mother and her child 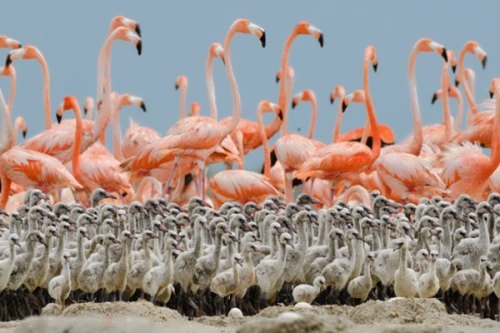 Flamingoes and their young 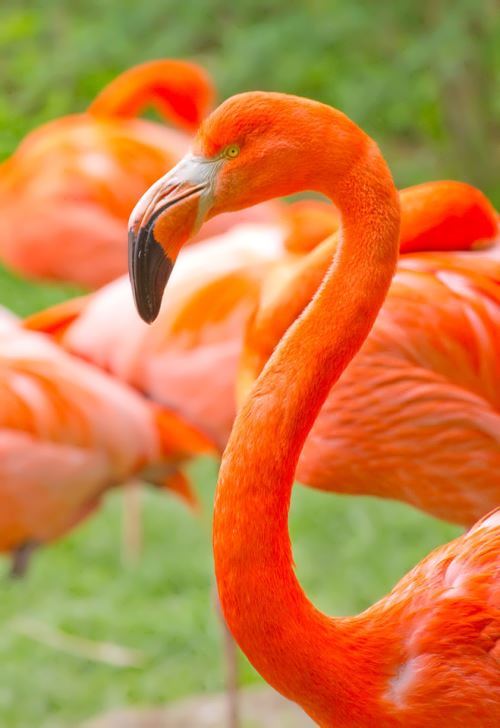 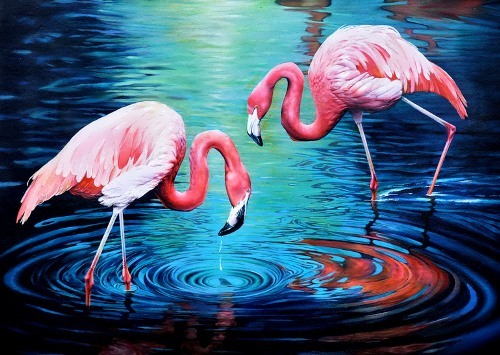 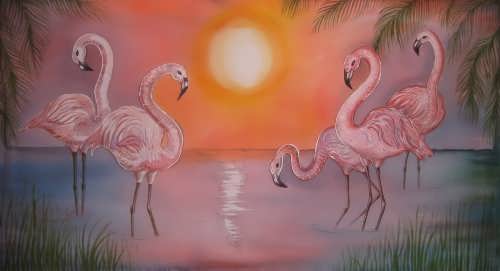