Bandicoots are amazing animals. They are small, rabbit-sized marsupials with a thick set body, short limbs, a pointed muzzle, short neck and short hairy tail. Their hind feet resemble those of kangaroos and possums. The hind feet are considerably longer than the front pair, and the second and third toes of the hind foot are fused together. The forefeet have three prominent toes with strong claws used for digging and searching for insect prey. Bandicoots have adapted to a wide range of habitats, including arid and semi-arid regions, coastal and sub-coastal habitat, savannah and lowland and mid-montane rainforest.
The smallest species mouse bandicoot weighs less than 100 g, while giant bandicoot may weigh more than 5 kg.

Bandicoots are terrestrial and nocturnal species, constructing shallow burrows and surface nests beneath vegetation. Rabbit-bandicoot is the only species that constructs a large burrow system, which may extend 2 m underground.
Bandicoots feed mainly on insects and their larvae, but they can also eat fruit, berries, seeds, and fungi. 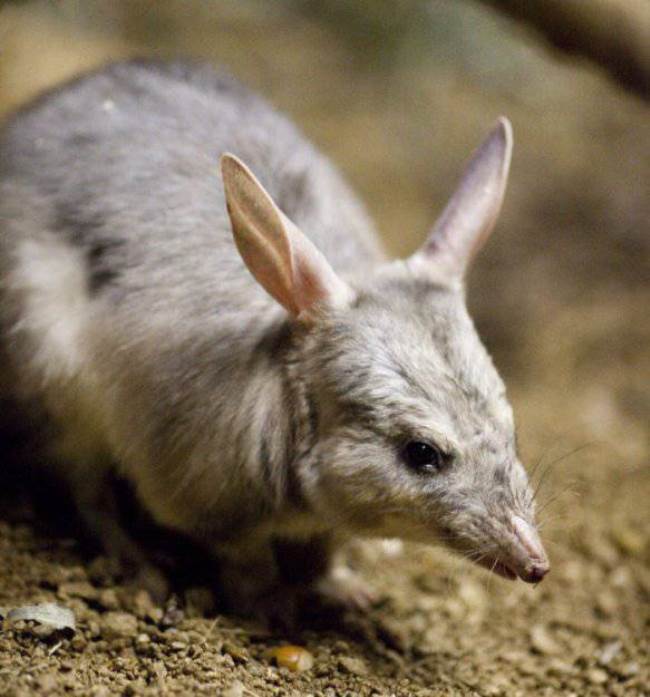 The young are born at a very early stage of development, usually after a gestation period of just 12 days—one of the shortest periods of any mammal. Following birth the infant crawls its way into the mother’s pouch. The average litter size is four. As the young grow, the mother’s pouch increases in size. Juveniles remain in the pouch for about 50 days.
The golden bandicoot’s coarse fur is a mixture of yellow-orange and dark brown hairs, giving it a golden appearance. It has a long, tapering snout and short, rounded ears. An average golden bandicoot measures 23 to 48 centimeters and weighs about 1.4 kilograms. They are nocturnal and remain in their nests during the day. They eat insects and worms. 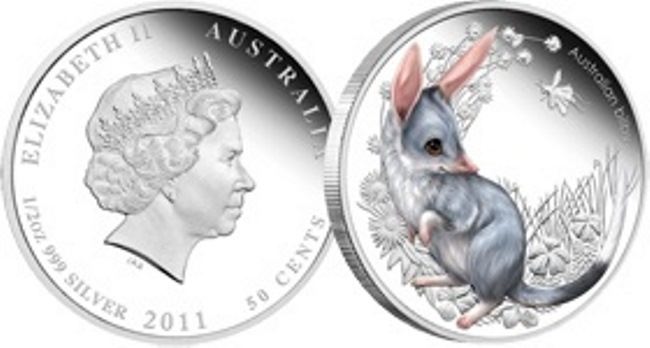 Bandicoot on the coin

Bandicoots are attacked by owls, dingo dogs, foxes, cats. Escaping predators, they hide in the ground or under fallen leaves. In addition, the animals die from infectious diseases. The number of these animals is decreasing, and some species have disappeared. People protect wild populations by preserving the natural habitat. 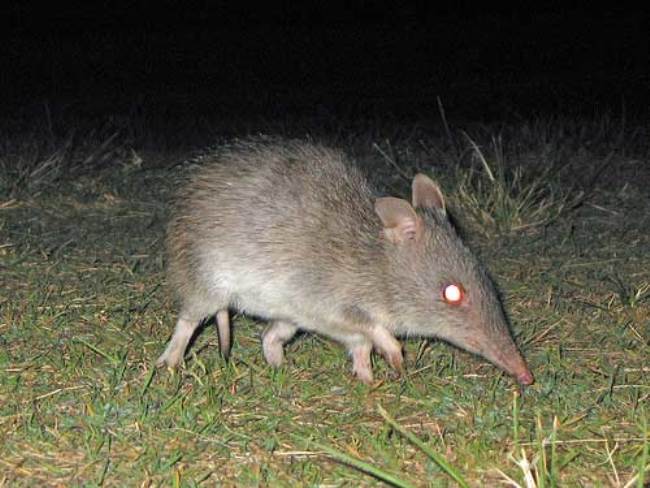 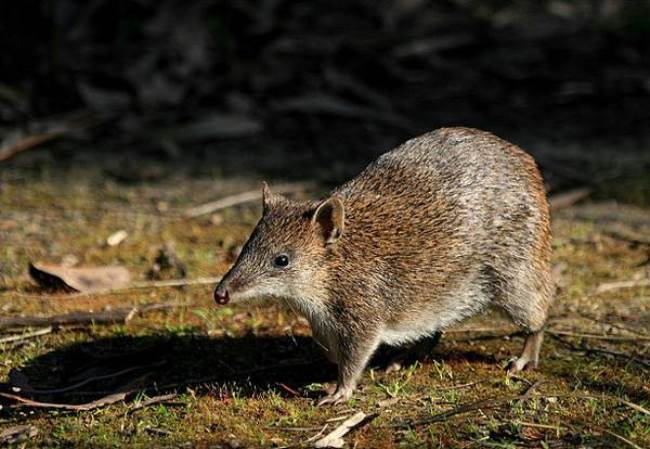 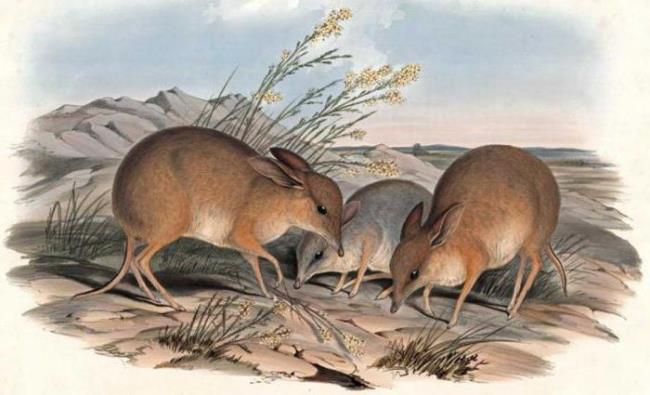 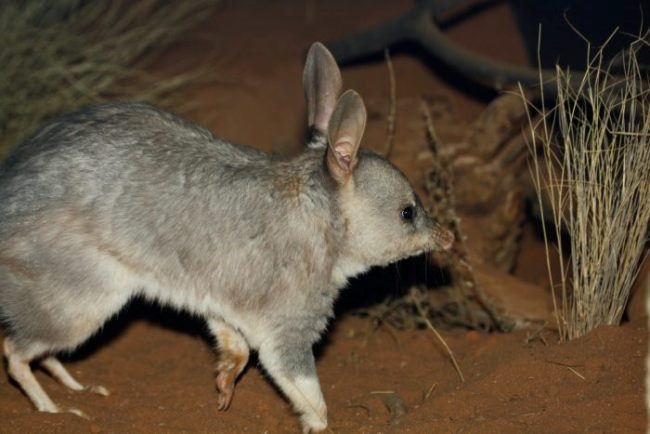 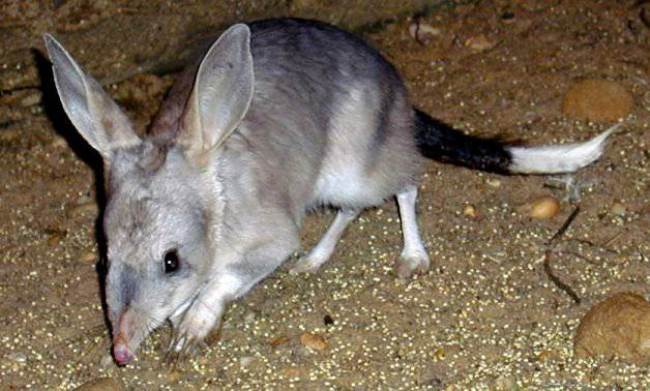 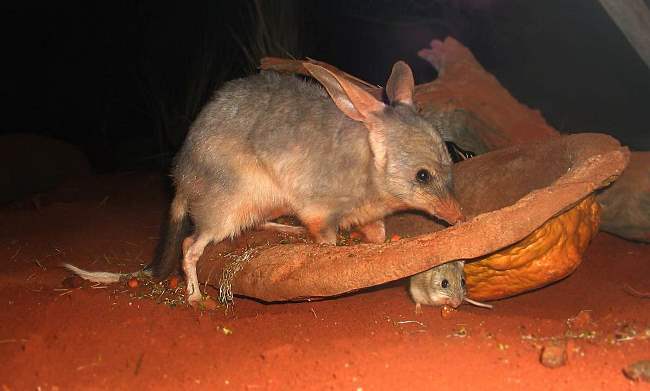 Female bandicoot and her baby 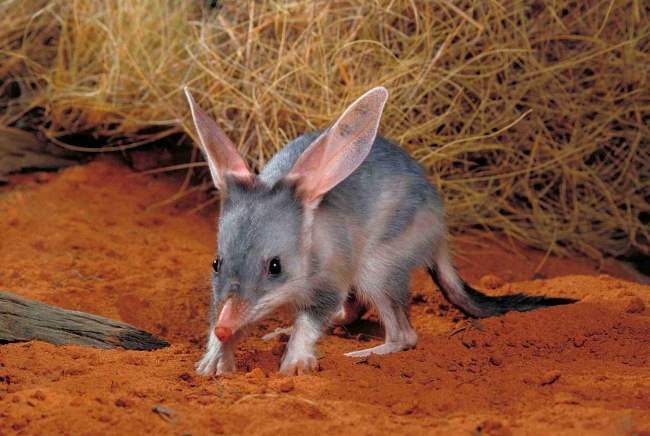 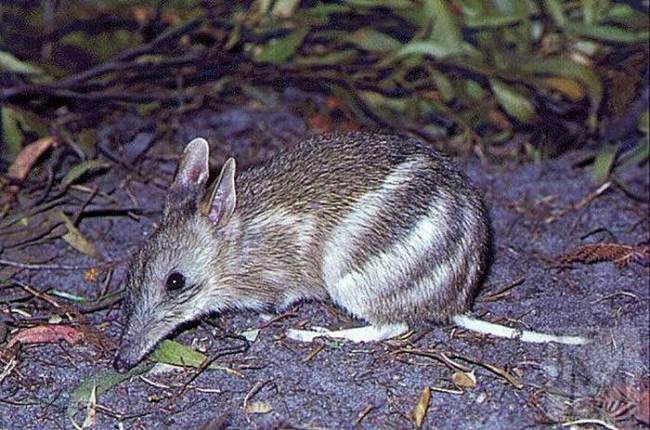 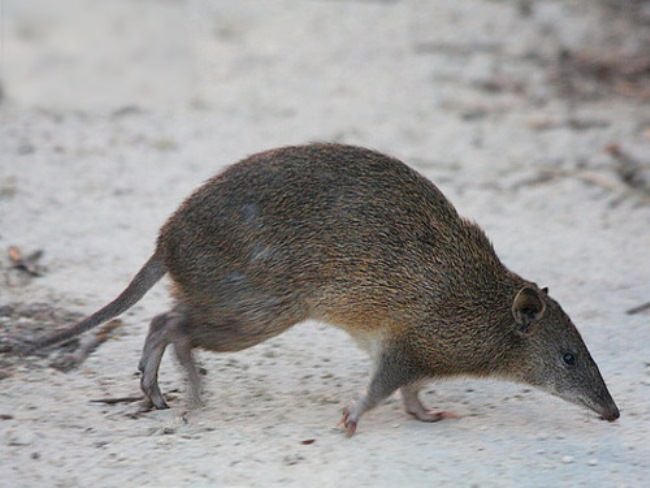 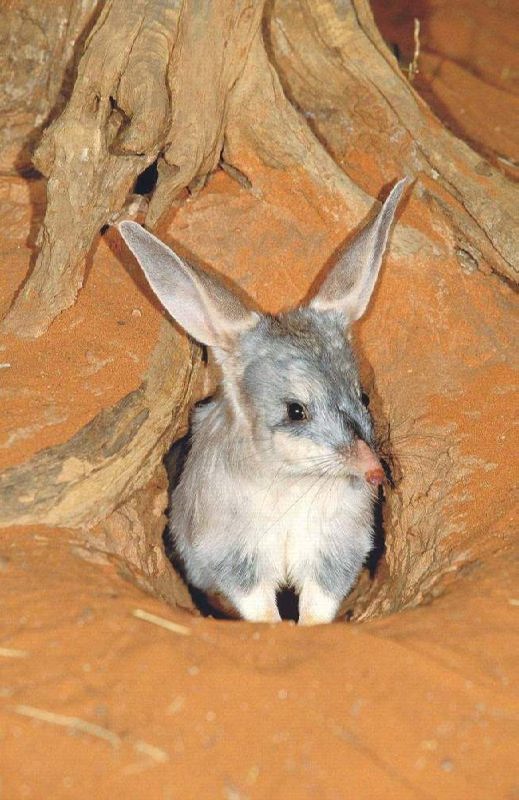