Earwig is a long-bodied insect with chewing mouthparts and many-jointed antennae. They hatch into nymphs which closely resemble the adults. The most distinguishing characteristic of earwigs is the pair of unjointed, forceps-like structures that terminate their abdomen. The pincers are useful in defense.
Earwigs are nocturnal animals, and they hide during the day in dark, damp places. There are about 900 classified species of earwigs in the world.
Earwigs received their common name from the folk belief that these insects would sometimes crawl into the ears of people as they slept.
Earwigs live on all continents of our planet, except frosty Antarctica. They eat different plants, other insects, and sometimes honey. In rural areas of England, earwig is called battle-twigs. Almost all earwigs have wings, and they can fly, but they do it very seldom. Several species of earwigs are wingless and blind.

After mating, which lasts for several hours, the female begins to prepare a nest, which looks like a straight burrow. A few days later it lays eggs and collects them into one big pile. The female covers them with the front part of its own body. The mother stays in the hole for the next five or six weeks until the larvae hatch from the eggs. 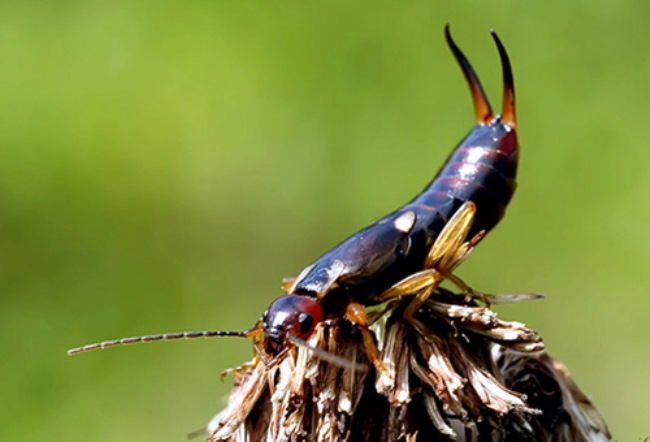 Saint Helena giant earwig is the largest, with an average body length of 3.6 to 5.3 centimeters. The horny pincers extending from the rear of the body measure between 1.5 and 2.3 centimeters. Males use their pincers to battle each other over the right to mate with a female. Both males and females have black bodies and reddish legs. This species is wingless. The Saint Helena giant earwig is found only on the island of Saint Helena. They prefer to live under stones or in the soil near burrows.
The insect is active during the summer rainy season, but when the dry season begins, the earwig seeks shelter underground.
The Saint Helena giant earwig was discovered on Saint Helena in 1789 and was considered quite common on the island until 1965. However, recent searches have failed to find a single earwig. On January 4, 1982 the Philatelic Bureau of the St. Helena Post Office issued a commemorative postage stamp depicting the earwig. 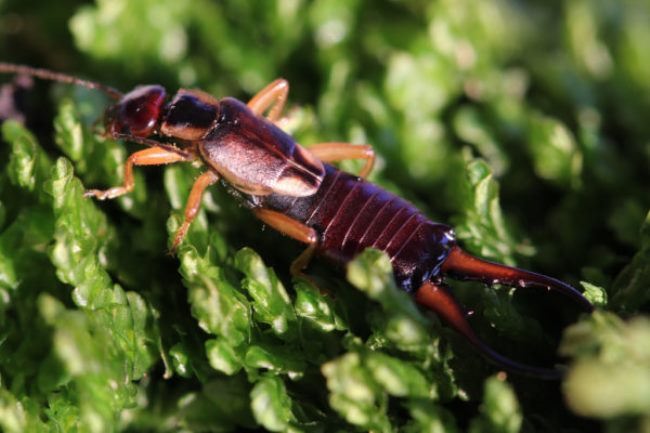 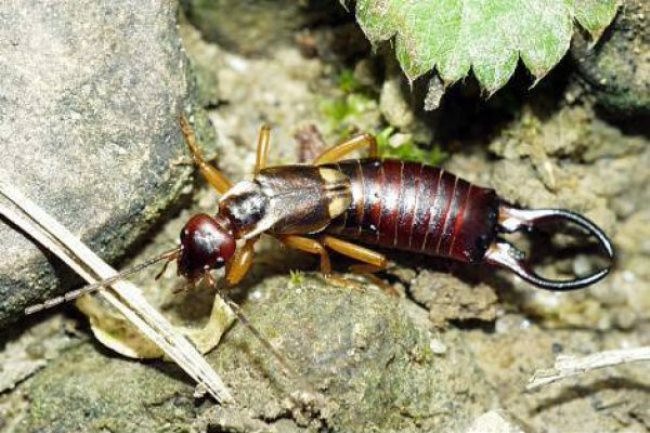 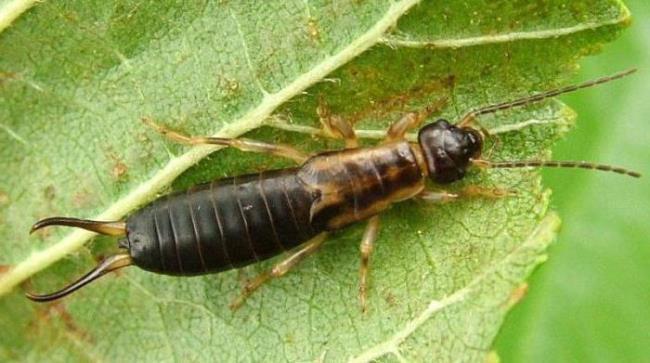 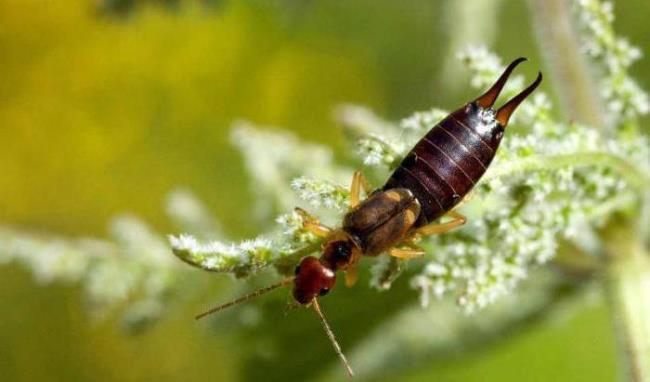 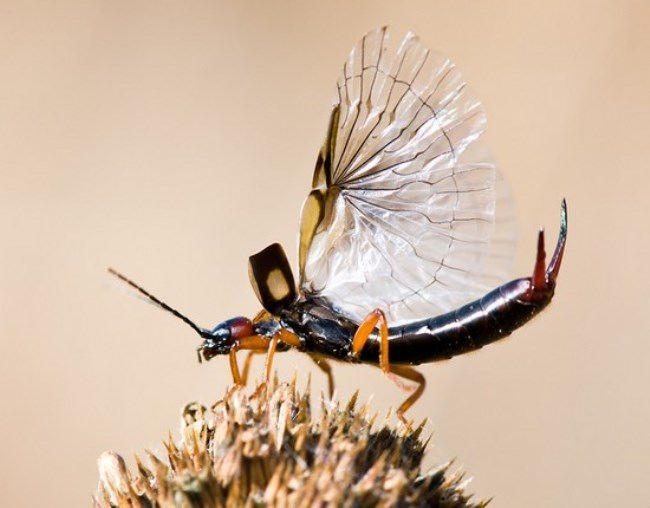 Earwig is going to fly 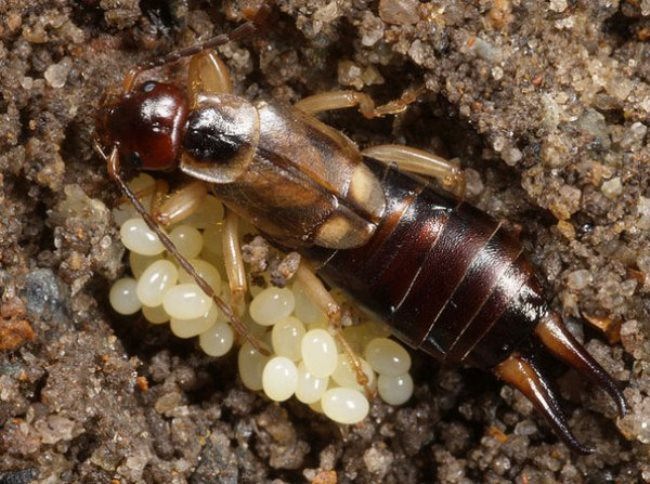 Female earwig and its eggs 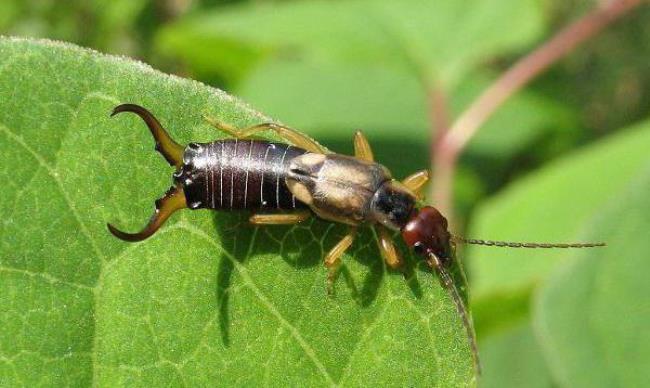 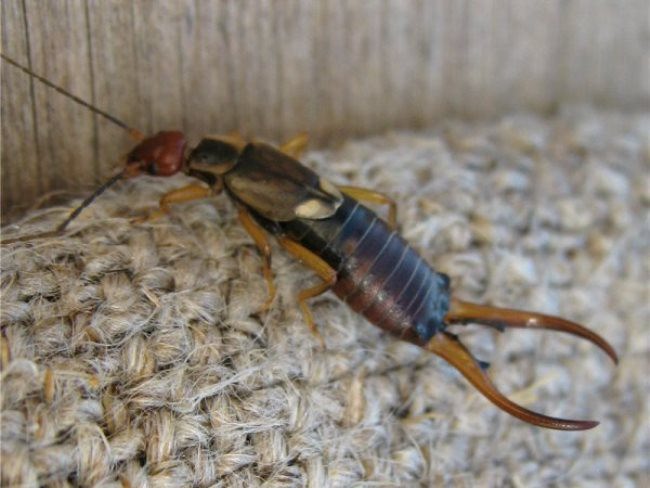 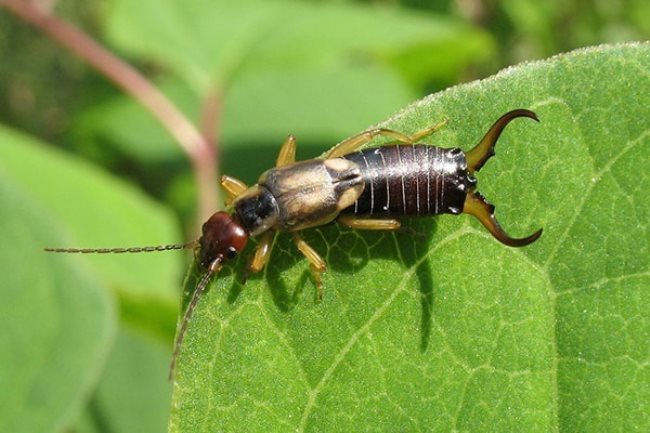 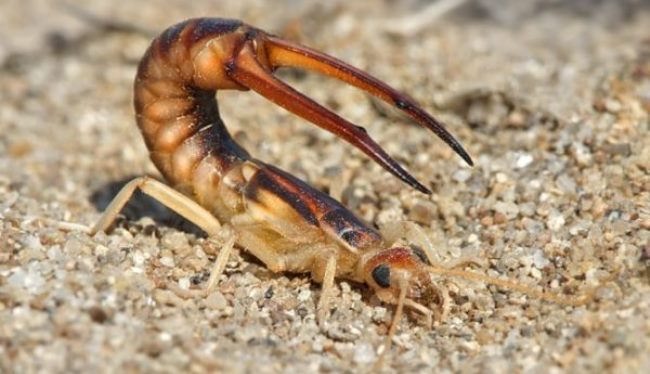 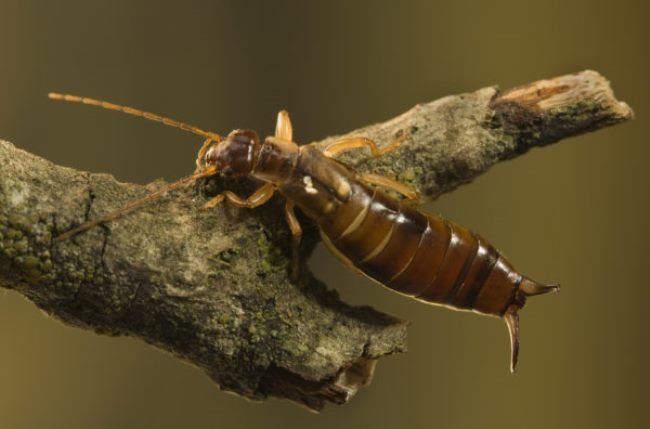