Although the koala is often called a “koala bear” it is not a member of the bear family. It is a marsupial—an animal related to wombats, opossums, and kangaroos. It is found only in Australia.
Koalas are small and round, with little eyes and a big black nose. They have no tail. Adults range from about 61 to 90 centimeters in length and weigh about 4.5 to 13.5 kilograms. Males are much larger than females. Their fur acts as a rain repellant and provides warmth. Koalas are arboreal and nocturnal.
They have a keen sense of balance and are very muscular. Koalas climb by means of their large hands and feet, which are equipped with long, strong, curved claws.

Koalas are herbivorous and their diet consists mainly of eucalyptus leaves and they drink dew.
These animals sleep an average of 18 to 20 hours per day. They have a very low metabolic rate and by sleeping long hours and remaining fairly inactive, they are able to save energy.
During mating season, males mate with several females. The female koala gives birth to a single offspring after a gestation period of 34 to 36 days. The undeveloped baby weighs only a couple of ounces and is delivered directly into the mother’s pouch, where it will stay for six to seven months. Then the koala baby is ready to explore the world. At first, it climbs up on its mother’s back. After a year the young koala leaves its mother to make its own home. 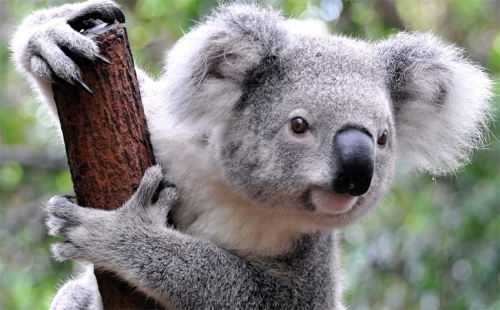 Koalas in the wild can live from 13 to 18 years. They have absolutely no enemies. Except man.
The koala was once hunted by the millions for its fur. Then governments passed laws to protect it. But the koala is still threatened by disease and by the loss of its natural habitat.
According to scientists, these animals exist on Earth for about 15 million years!
Koalas’ fingerprints are very similar to the fingerprints of a person. Koalas are one of the rare animals with a papillary pattern on their fingers. 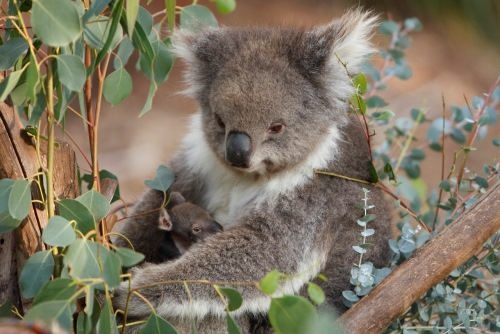 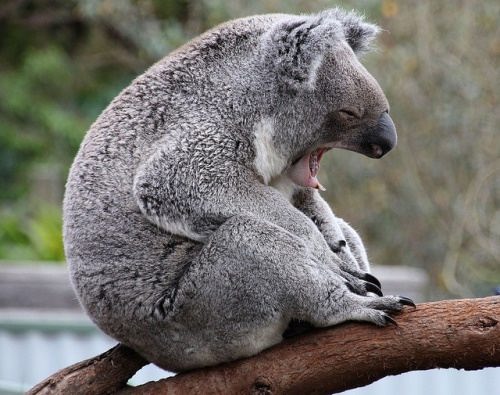 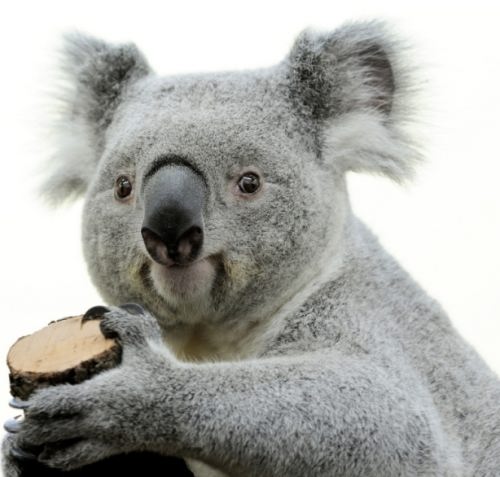 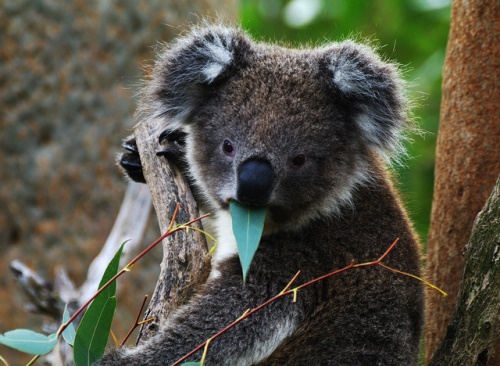 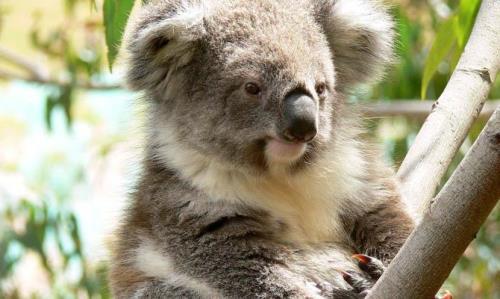 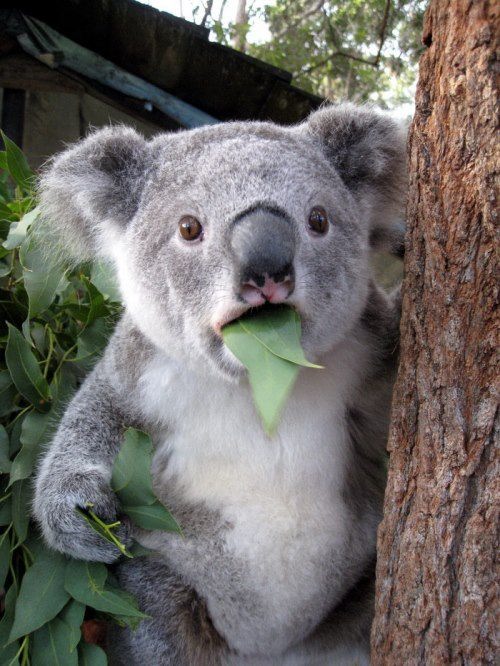 Do not disturb. I am eating. 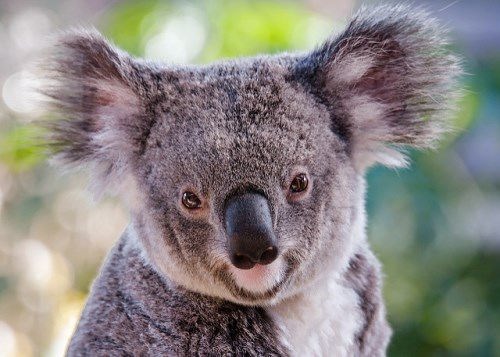 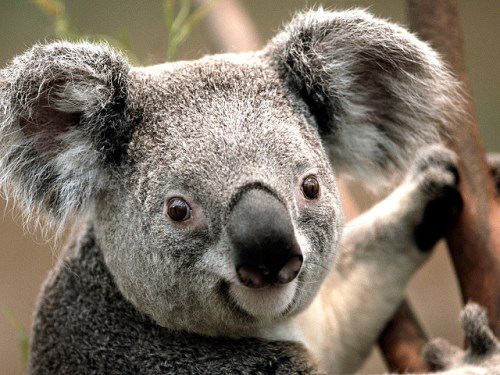 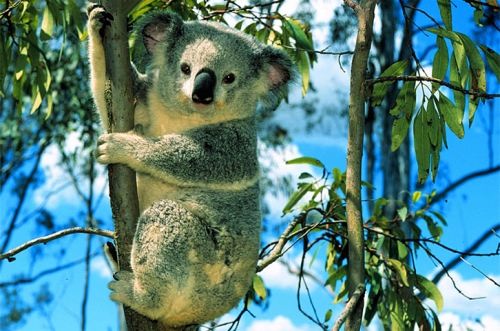 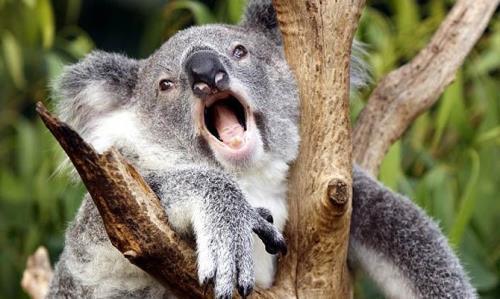 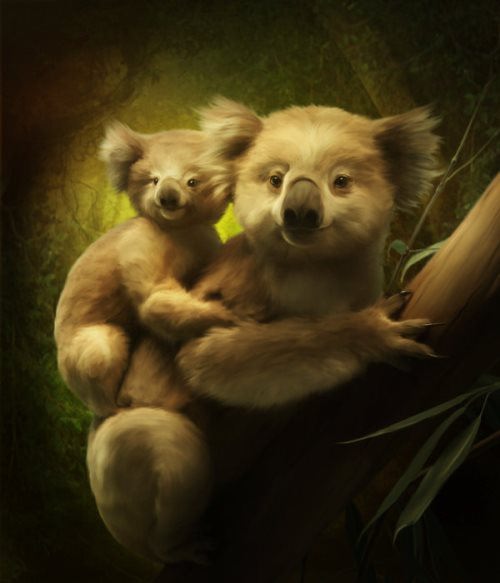 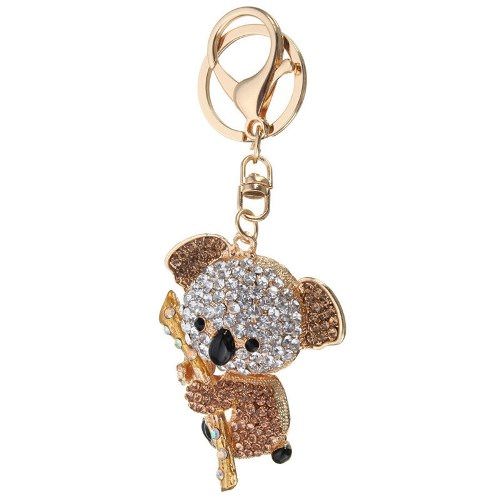 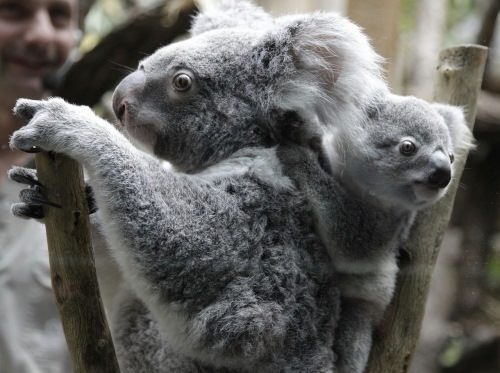 Koala with its baby 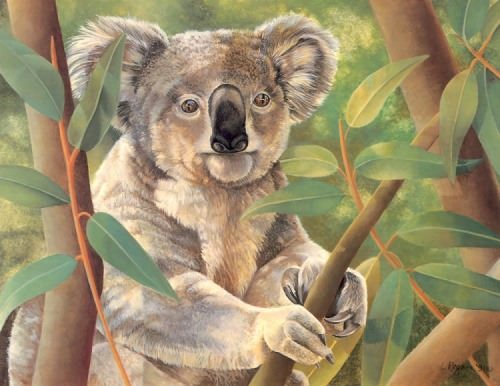 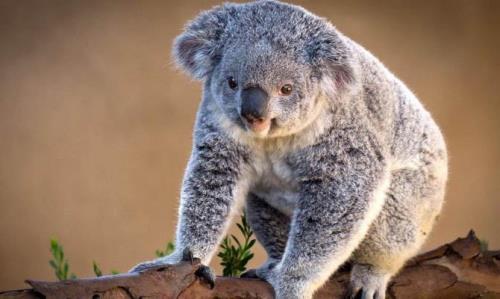 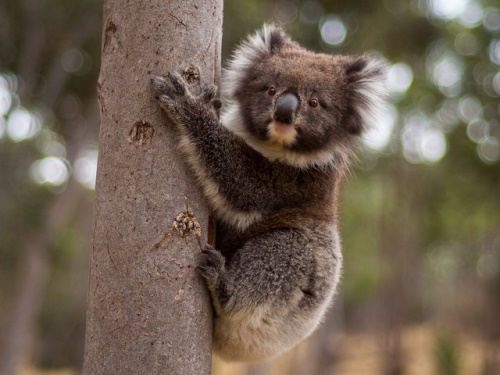 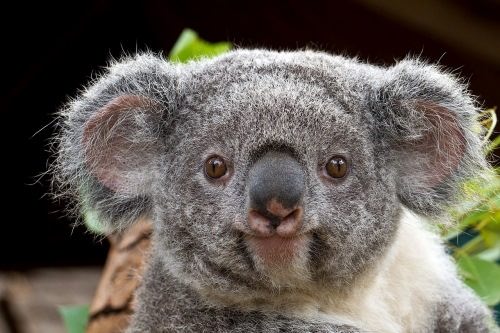 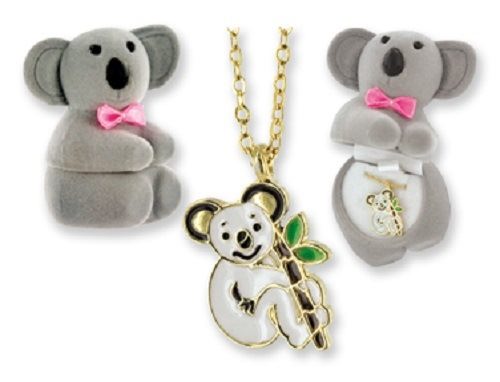 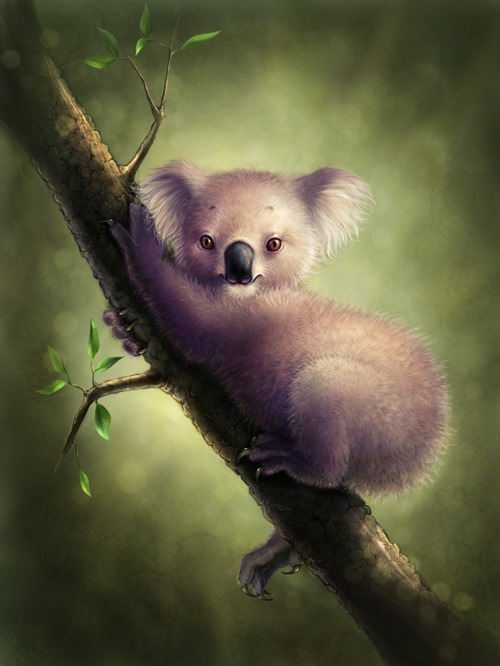 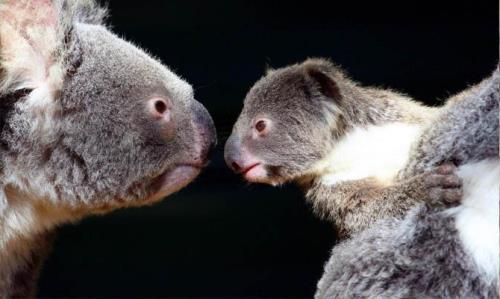 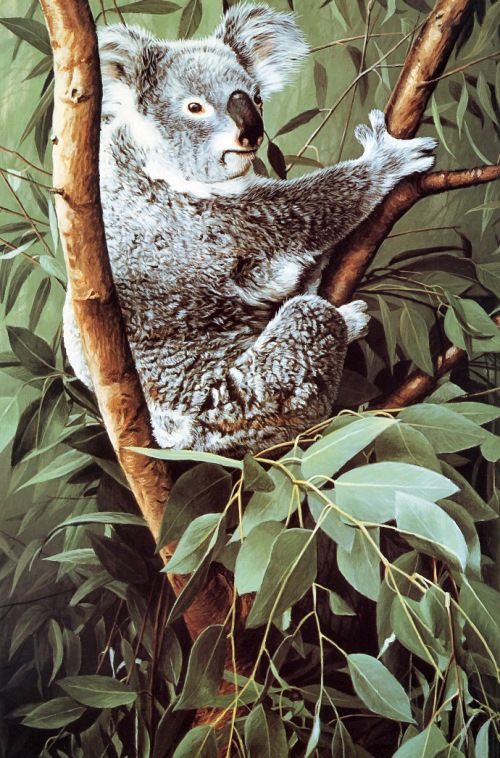 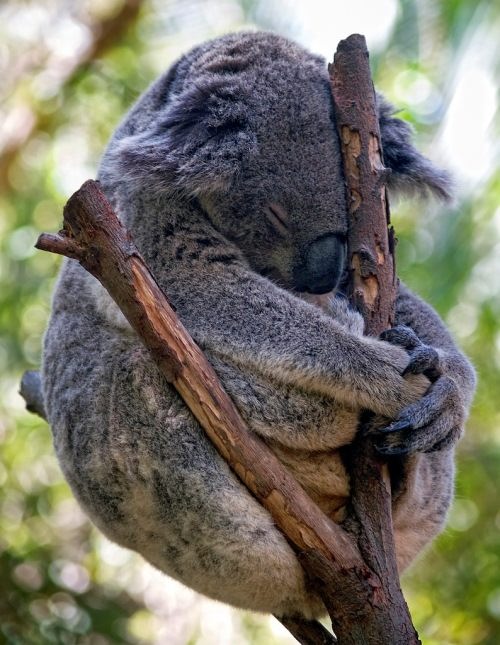 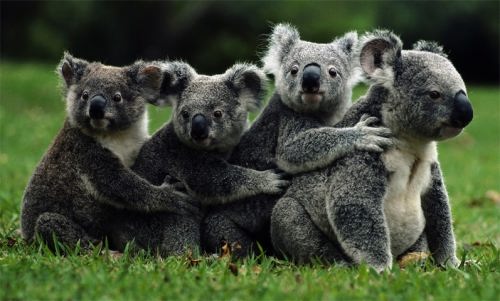 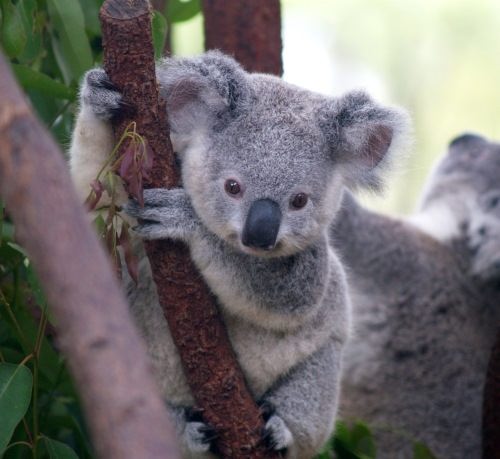 The baby is called a joey 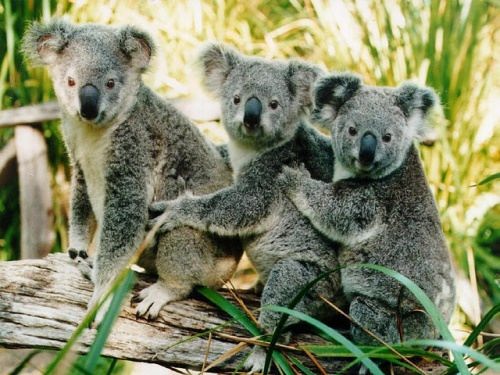 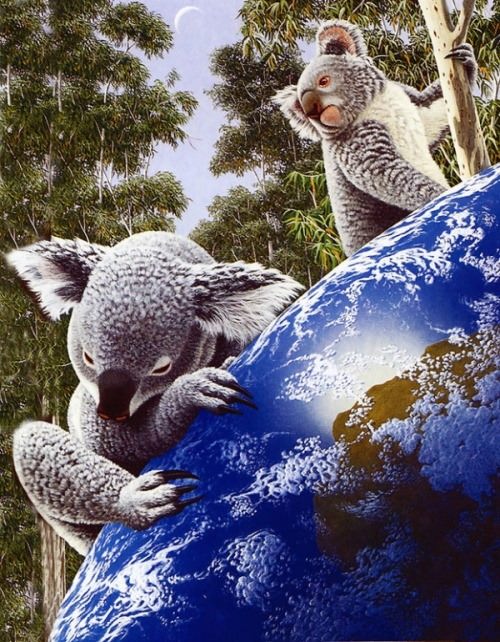 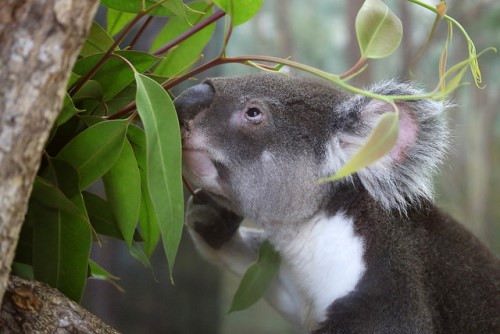