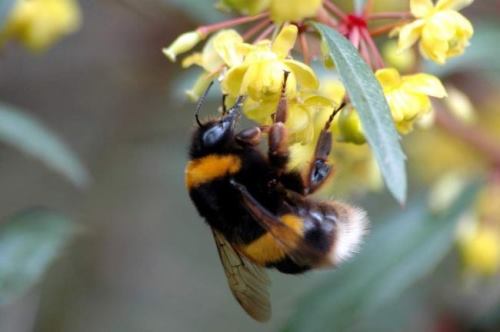 The bumblebee family, as well as the wasp family, exists only one summer. In spring, the queen begins to look for a place for a nest. An abandoned mouse mink, a moss bump, a hollow, a squirrel’s nest, a birdhouse, are all suitable for this purpose. Having covered the nest with dry grass or moss on the outside, the queen makes the first round wax cell inside. In the cell, she places a small supply of food — a mixture of flower pollen and honey — and makes several eggs. Then she builds the others. Meanwhile, in the first cell, the larvae hatch. When they eat the food supply, the female gnaws a hole in the cell through which she feeds them.
After a week and a half or two weeks, the larvae begin to weave silk cocoons and turn into pupae. Then small working bumblebees are born and they begin working immediately – build cells and feed the larvae.

In the second half of summer, fully developed large females, future queens, and males appear in the nest. By the end of summer, there are up to 500 bumblebees in large nests, but such nests are rare. In the fall, the old queens, the males and the workers die, and the young queens leave the parental nest and start searching for a winter shelter in the ground, in the moss, in the straw, or in another convenient place. In the spring they form new families.
Bumblebees sting is not as painful as wasps and bees. In addition, they are much more peaceful. Therefore, mice, badgers, foxes often attack their nests and eat bumblebee honey, larvae and pupae.
Bumblebees feed on nectar and pollen. In order to get food for the larvae, each insect must visit thousands of flowers. Workers and queens have a device for collecting pollen on their hind legs; it consists of a “basket” and a “brush”. Bumblebees transfer pollen from flower to flower and pollinate plants. 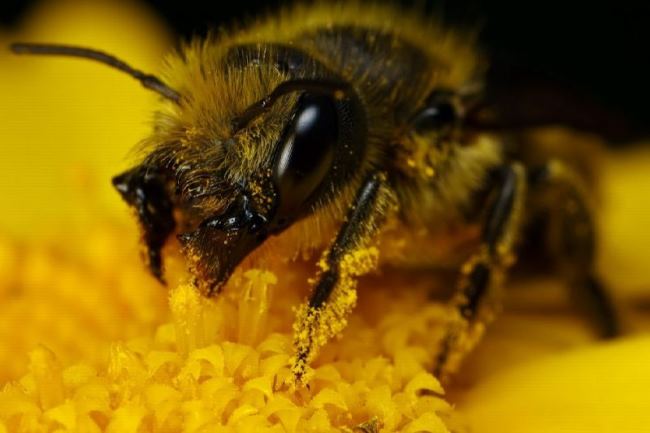 Bumblebees are very useful insects. Their nests need to be protected in every way. Bumblebees tirelessly rush from flower to flower and are therefore the most valuable pollinators. They are especially important as the pollinators of clover. When the clover began to be grown in Australia, it bloomed well, but did not bring seeds. This continued until bumblebees were brought from Europe.
About three hundred species of bumblebees live in North Africa, North America and Northern Eurasia. They are also found in the mountains of some other regions of the globe.
You know, this insect controls the temperature of its body and it is the most resistant to cold weather insect.
A flying bumblebee can reach speed of about 18 kilometers per hour.
There are so-called cuckoo bumblebees, which lead a parasitic lifestyle, putting their larvae to other bumblebees in their hives. In addition, they mimic their color. 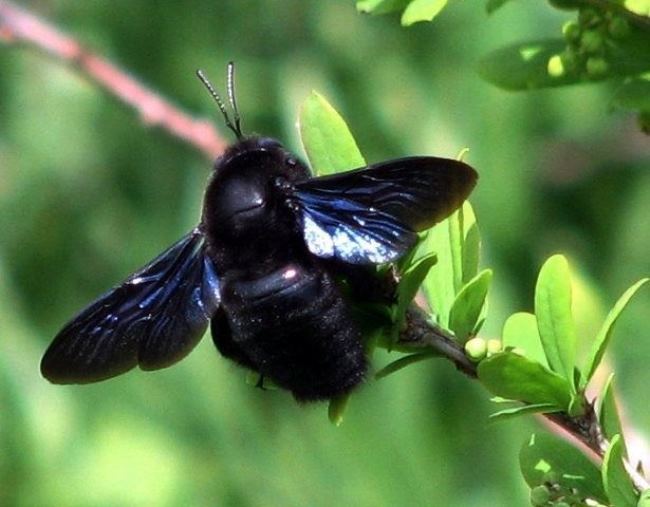 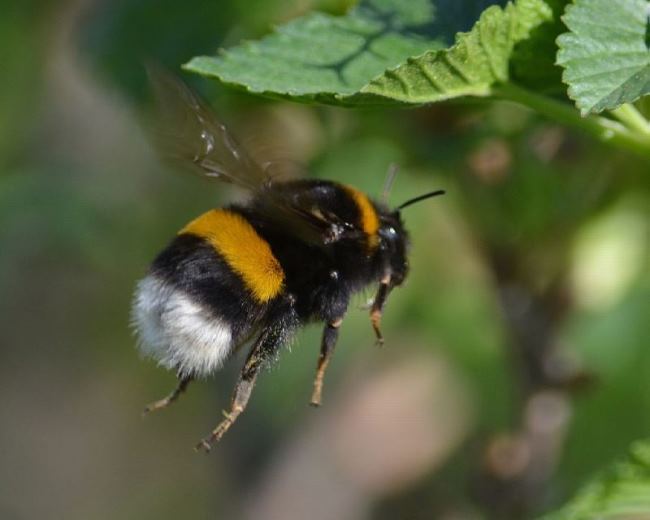 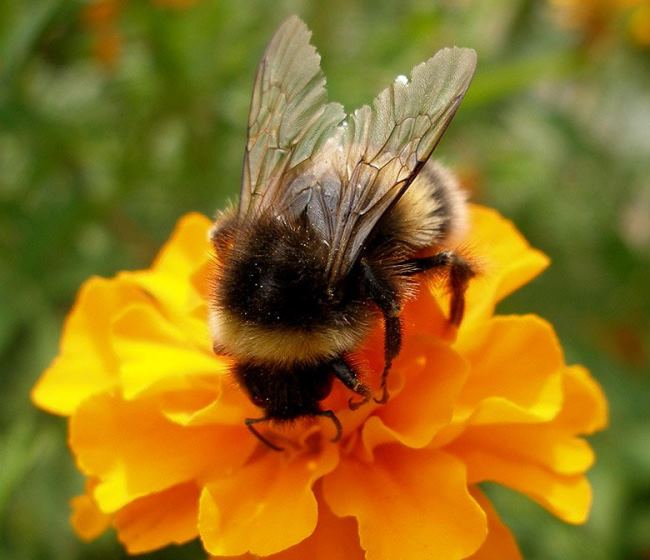 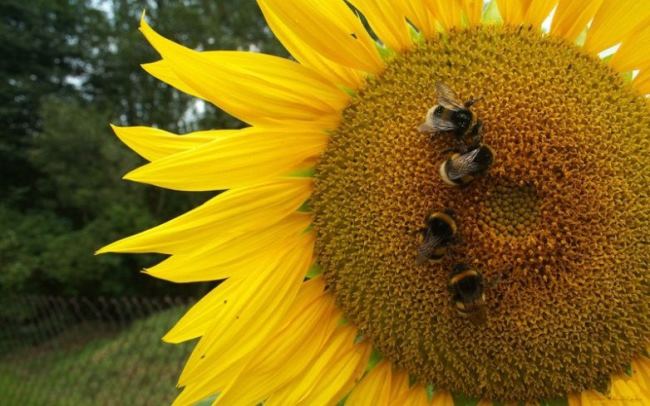 Bumblebees on the sunflower 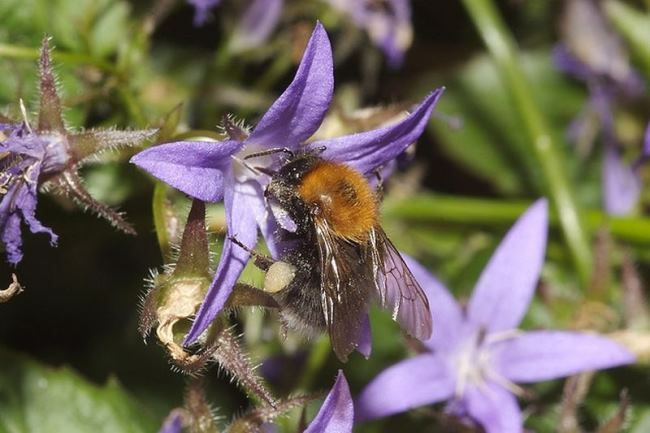 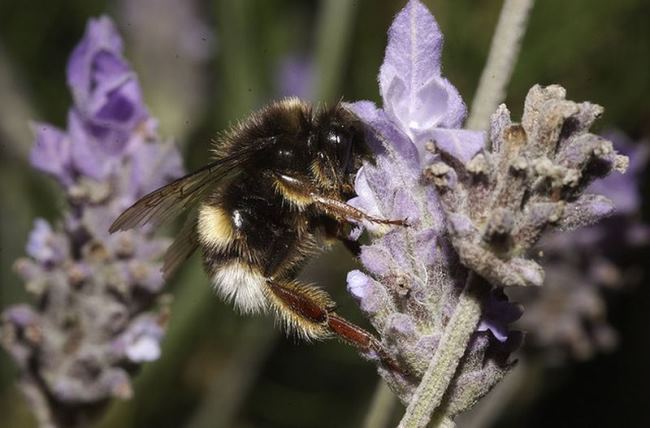 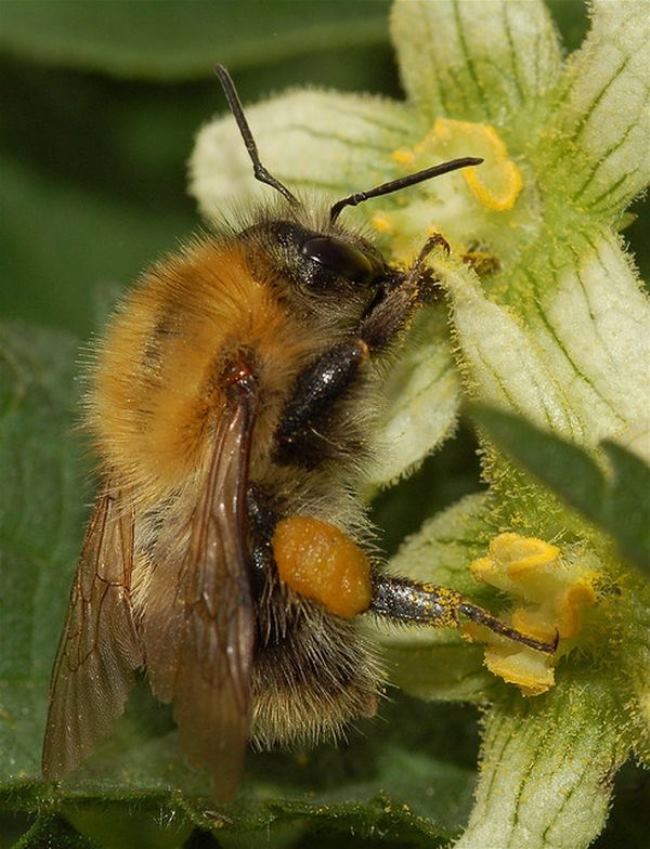 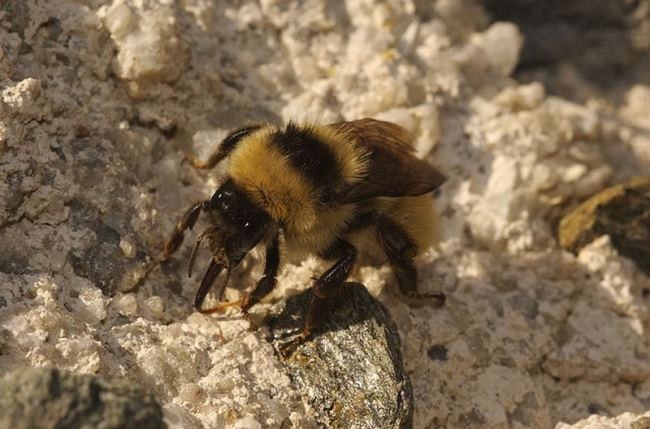 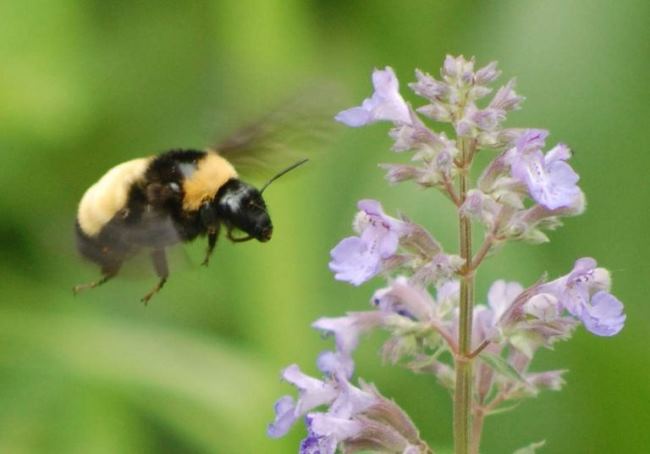 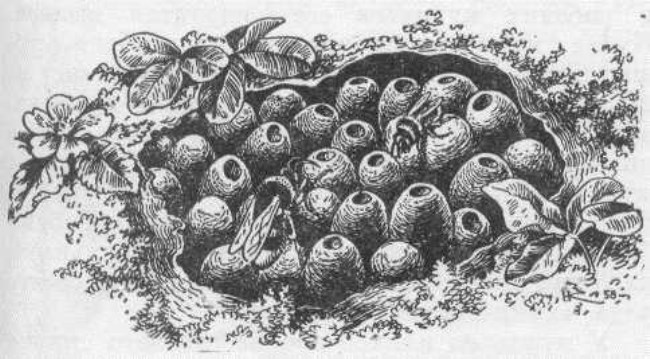 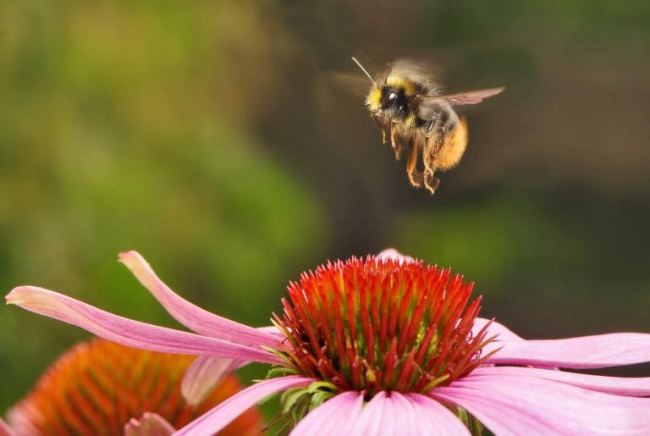 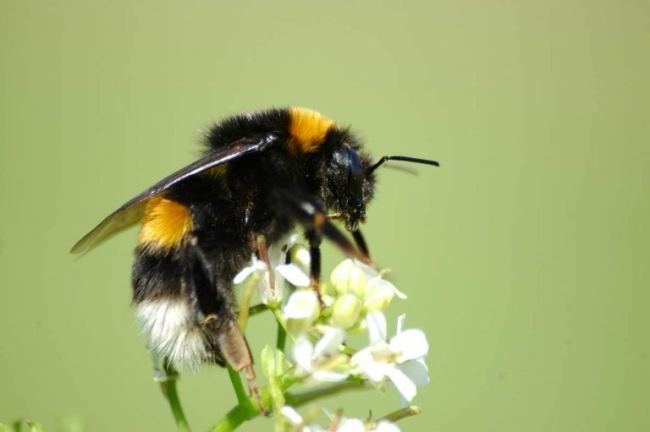 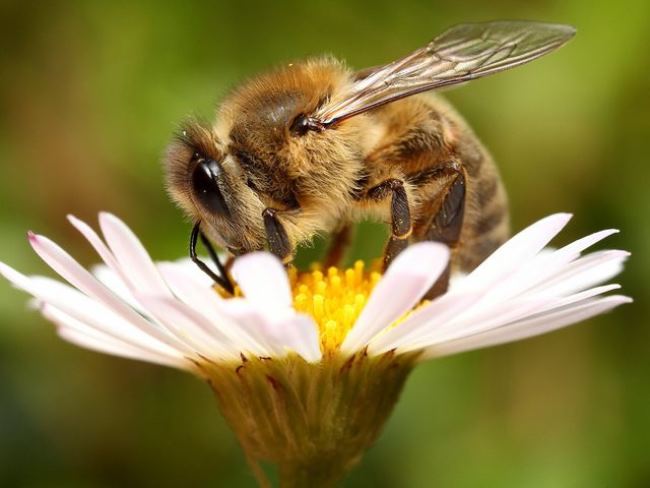 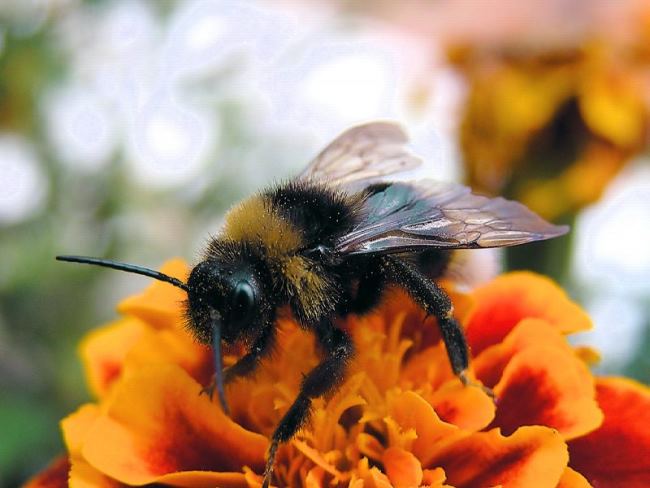 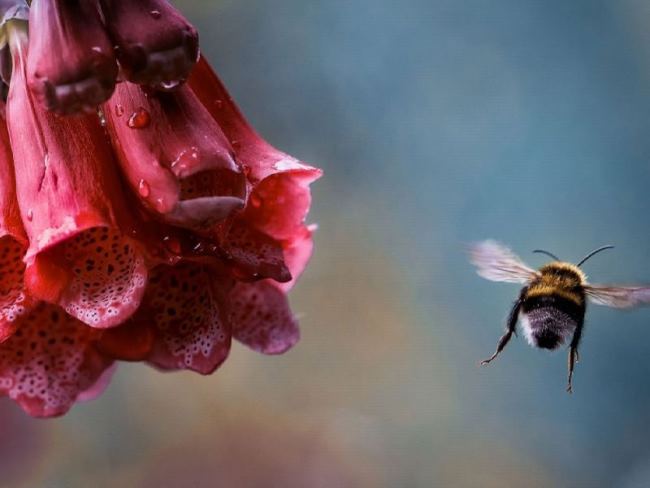 Flying bumblebee can reach speed of about 18 km per hour 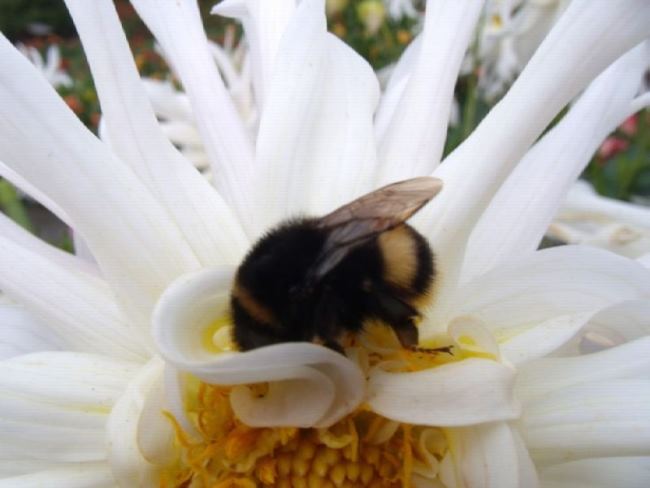