Ants have been on Planet Earth for more than 140 million years. There are more than 12,000 different kinds of ants. They are found almost everywhere in the world, but they are most common in hot areas.
All ants live in colonies. Each colony has at least one or more queens. The job of the queen is to lay eggs. Worker ants look for food, look after the young, and defend the nest from unwanted visitors.
The Slave-Maker Ant raids the nests of other ants and steals their pupae. When these new ants hatch, they work as slaves within the colony.
Red Ants have a sting which they use to defend their nest. Black Ants and Wood Ants can squirt a spray of formic acid. Some birds put ants in their feathers because the ants squirt formic acid which gets rid of the parasites.
One of the most interesting kinds of ants is the ‘army ant’. It eats living things!

In Africa, there is a type of army ant called the ‘driver ant’. They kill and eat anything in their way: insects, snakes, lizards, birds…
The Australian ant, also known as the dinosaur ant, is considered one of the most primitive ants alive.
Ants have six legs. Their legs are very strong so they can run very quickly. Ants smell with their antennas.
Ants have two stomachs – one holds the food for itself and second stomach is for food to be shared with other ants.
Ants keep aphids, tiny green insects, which are called “ant cows” because the ants “milk” them to get a sweet juice the aphids produce. Other ants grow fungus inside their nests.
Most ants live in nests that they build in protected places. Many live underground, sometimes under a rock. Some ants live in trees or inside wild plants. Others build their nests on the ground, using tiny sticks, sand, mud, gravel, and even leaves.
Most ants live for 6 to 10 weeks, though some live up to 15 years. 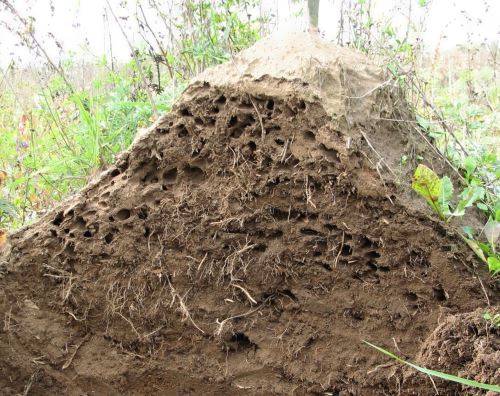 Interesting facts
– An ant’s brain has about 250,000 brain cells. A human brain has 10,000 million so a colony of 40,000 ants has collectively the same size brain as a human.
– The ant can lift a load of approximately 50 times heavier than its own weight.
– The ant has two eyes, and each eye consists of many smaller ones. 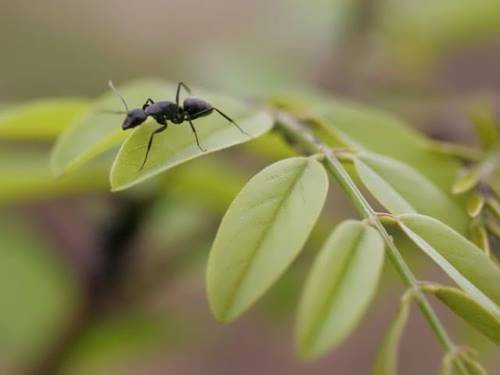 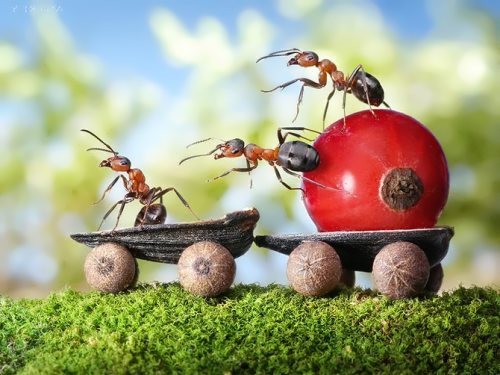 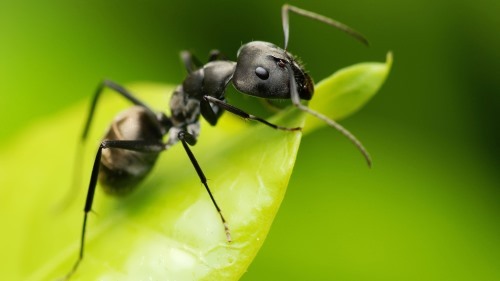 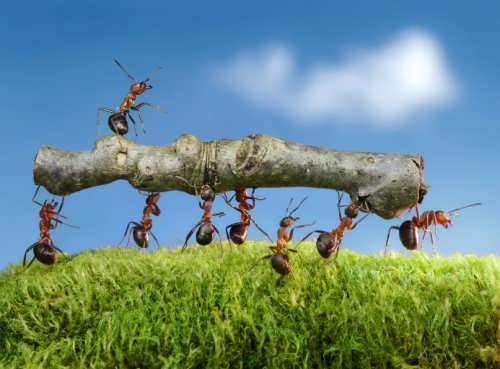 Ants are incredibly clever and can move very quickly 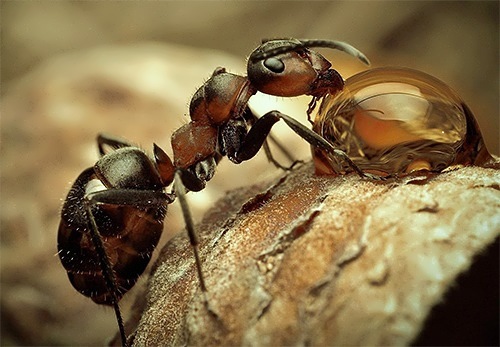