Earth’s inhabitants do not stop thinking about the colonization of the surrounding space. To find a way to adapt to life on other planets, scientists is studying the amazing creature with fantastic qualities, and the most important is invulnerability to any aggressive environment.
Tardigrada, or water bear, is a unique creature. There is no other living being in the world which can survive under extreme conditions. It easily withstands the temperature from absolute zero to 100 ° C. It is afraid neither high blood pressure nor radiations that are dangerous to other living organisms. During the experiment, water bears survived -273°C without losing the ability to move and reproduce. They were put into alcoholic solution and liquid helium. Gas attacks of hydrogen sulfide and carbon dioxide water bear did not even notice. It was not afraid the pressure to 6 atmospheres, six times greater than the pressure in the Mariana Trench – the deepest point of the oceans. They live up to 200 years and are able to survive without food and water for a long time. And they can easily do even without air up to a few weeks!

The world-famous cockroach has long had the title of the most enduring creature, but comparing with water bear it is just an invalid. However, the most surprising feature of the water bears is the ability to “resurrection”. Without moisture these creatures die. Drying up, they lose up to 97% of water in the body, but if a single drop of water gets on their skin they will immediately come to life. In a state of apparent death, they can spend up to several years.
For the first time this amazing creature was discovered back in 1773 by the German pastor Johann August Ephraim Goeze who wrote in his diary: “A small animal looks like a bear in miniature. So I decided to call it a small water bear.”
In 1777 Italian scientist Lazzaro Spallanzani also found a water bear and named it Tardigrada (meaning “slow stepper”). It should be noted that the Italian was much closer to the truth, as he discovered a new kind of creature which was moving very slowly – about 2-3 mm per minute. 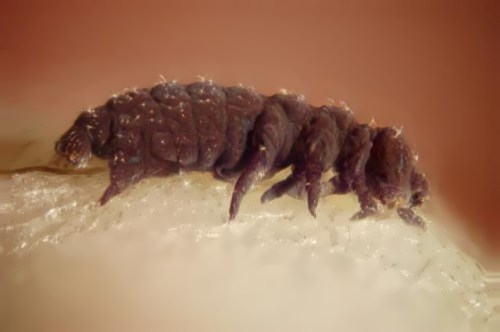 The water bear is very tiny and its length is 0.05 – 1.5 mm. Today there are more than 900 species of water bear in the world. Tardigrades were found in the Himalayas at an altitude of 6000 meters and in the sea at a depth of 4000 meters, and even in the ice in Svalbard. They live in salt and fresh waters, in moss or lichen, located on the ground, trees, and rocks or on the old walls. Scientists say that there can be up to thousands of water bears one gram of moss.
This animal has digestive, nervous, and even reproductive systems. However they haven’t circulatory and respiratory systems. Instead of blood the animal uses liquid and breaths with the help of the skin.
Most often, tardigrades are herbivores; their favorite food is chlorophyll cells. However, the family has its black sheep: there are kinds of water bears that eat their relatives.
In 2007 and 2009 scientists launched tardigrades into space. Water bears were not afraid of any vacuum of space or space radiation background. 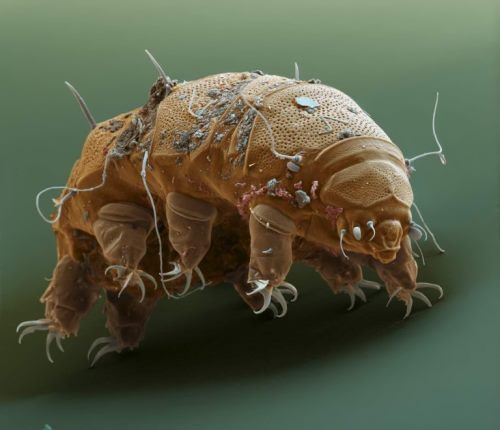 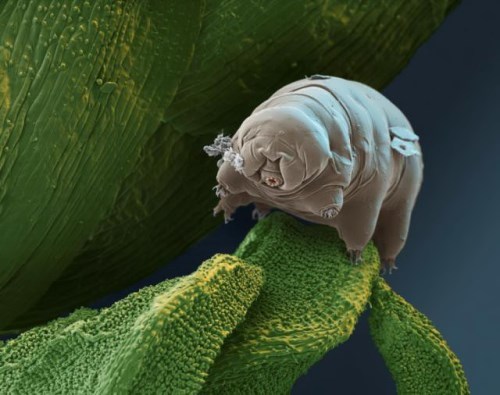 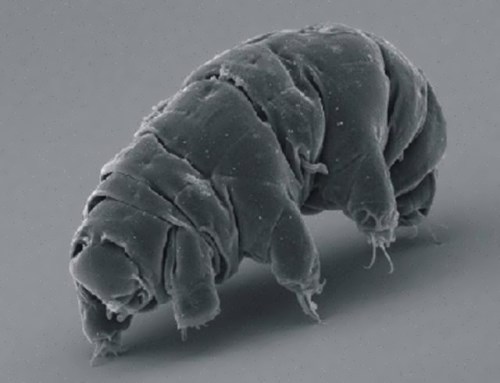 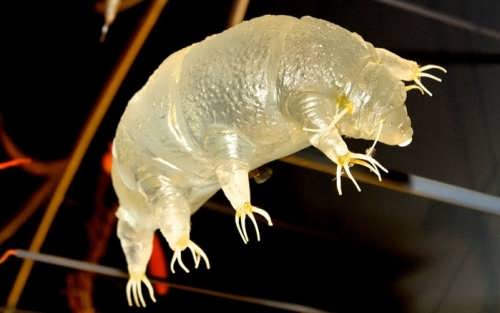 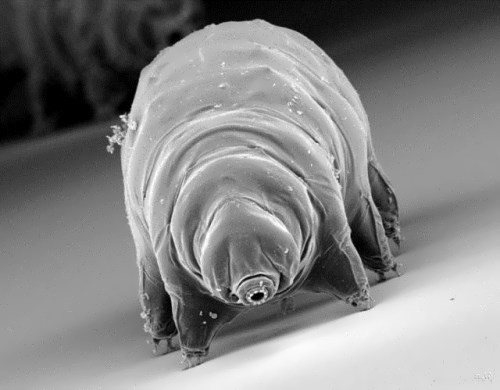 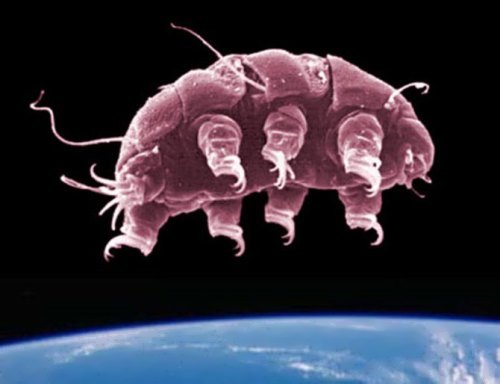 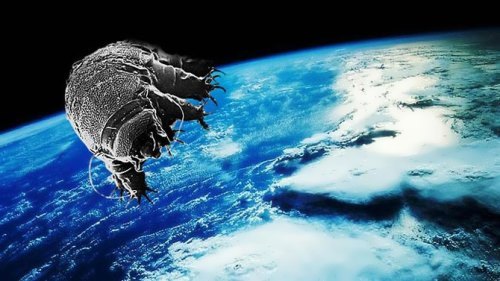 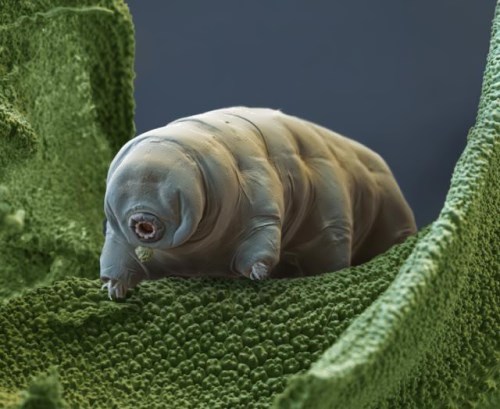 The most enduring creature