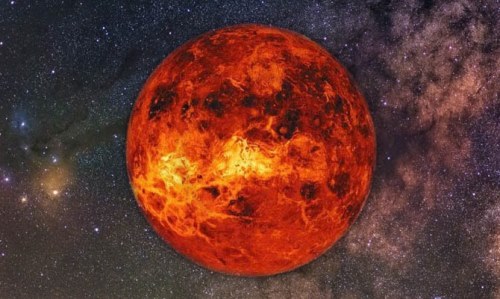 Mars is the fourth planet from the center of the solar system. It is named after the ancient Roman god of war. It is often called the ‘Red Planet’. This is because the surface of Mars is orange-red.
Scientists have many reasons for going to Mars: to explore, to learn new things, to find important minerals and search for evidence of past or present life on Mars.
Some scientists think that one day we’ll be able to live on Mars.
Mars has an atmosphere (but it is made mainly of carbon dioxide) and there are signs that there once was water there. Some scientists think that billions years ago there was a huge ocean in the northern half of Mars. There are large, extinct volcanoes dotting its surface, ice caps covering its poles that look very much like Earth’s polar regions.

The first spacecraft to fly close to Mars was Mariner 4, in 1965. In the 1970s two Viking spacecraft landed there.
Since the 1990s the United States and Europe have sent several spacecraft to orbit the planet. They include the U.S. Mars Global Surveyor and Odyssey and Europe’s Mars Express.
The United States sent two more rovers, called Spirit and Opportunity, to the planet in 2003. The rovers moved around on the surface.
On August 6, 2012, American space agency NASA landed a robot called Curiosity on Mars. It was the biggest robot rover ever sent to the Red Planet. Curiosity is the size of a small car and weighs a ton. It’s also armed with hi-tech equipment to study the planet. It landed in Mars’s Gale Crater, near the planet’s equator. The crater is next to the Martian mountain Sharp, which is three times the size of Everest, the tallest mountain on Planet Earth. 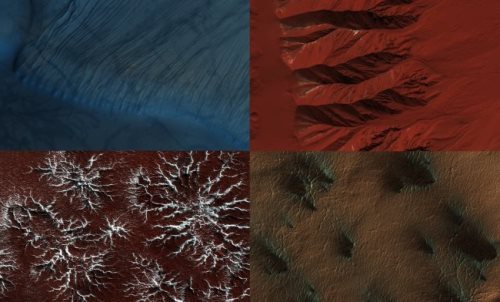 Interesting facts
– The largest mountain in the Solar System is on Mars. It is called Olympus Mons. It’s about three times higher than Mount Everest.
– Mars is smaller than Earth. Its diameter of about 2,111 mi (3,397 km) is a little over half that of Earth, and it is only 10% as massive as our planet. It is the second smallest planet in the solar system, after Mercury.
– The Martian year is almost twice as long as an Earth year. There are 687 Earth days in a Martian year.
– Mars has seasons. The longest season on Mars is spring. It lasts 7 months. Summer lasts 6 months, autumn – 5.3 months, and winter is just over 4 months.
– Mars is a cold planet. It can get as warm as 27°C, but usually it is much colder, as cold as -90°C!
– Martian ‘days’ are only 37 minutes and 22 seconds longer than Earth days.
– Mars is a windy planet. Sometimes, winds on Mars are so strong that they create dust storms. These dust storms cover much of the planet, and it can be months before all of the dust settles.
– Mars has two tiny satellites, Phobos and Deimos.
– Sunsets on Mars are blue.
– The first person, who saw Mars through a telescope, was the famous Italian scientist Galileo Galilei. This happened in 1609. 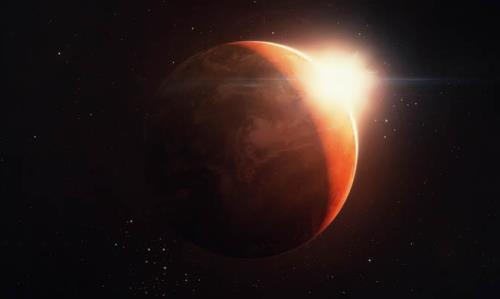 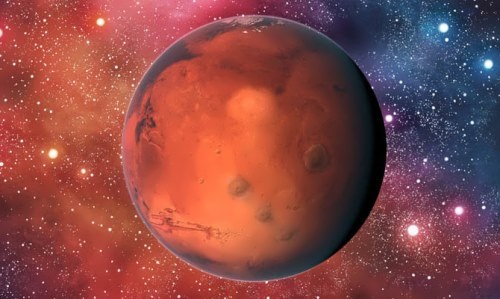 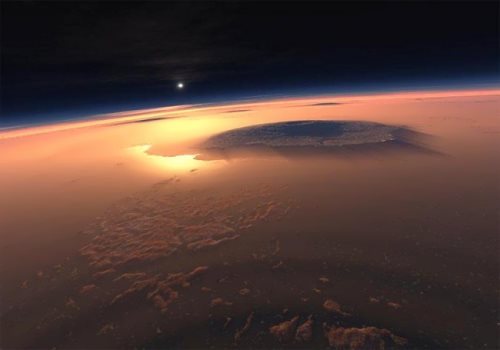 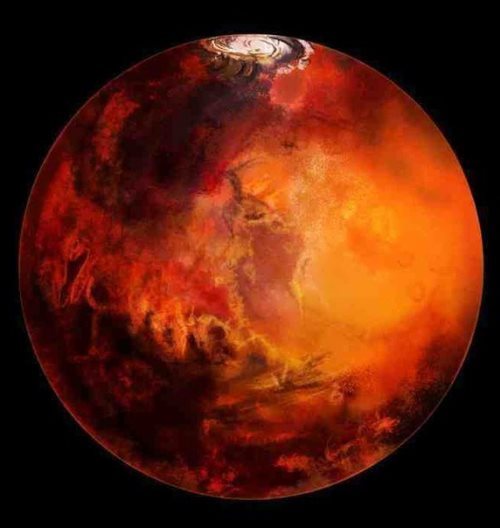