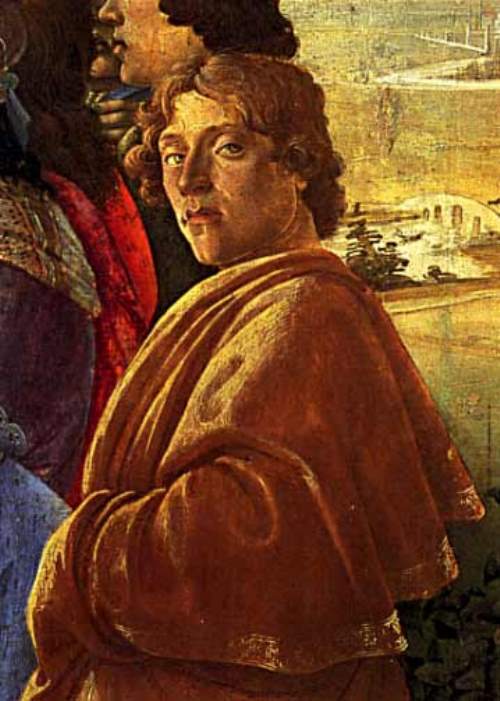 Birth of Venus is one of the most famous paintings created by the great master of the Early Renaissance Sandro Botticelli. Venus is a symbol of feminine beauty and mystery as well as his other female characters. The great master painted the same woman in all his works. Who was she?
A few people know her name today. But in the second half of the XV century, she was the muse of art and the first beauty. The best artists of the Renaissance portrayed her defenseless nakedness, although she didn’t pose nude to any painter. It was only their imagination. Botticelli was in love with this woman all his life. She was his Venus, his Spring, his Madonna and Athena. Her name was Simonetta Vespucci. The paintings show not only her beauty, but also her mystery.

On September 29, 1469 Lorenzo de ‘Medici hosted lavish reception. Young Amerigo Vespucci invited his relatives – cousin Marco Vespucci and his wife. Merchant Marco looked at all the decorations with greed and envy in his eyes. It was unpleasant for Amerigo, because he was a friend of the Medici brothers. Amerigo would have never invited greedy Marco to the palace, if his wife hadn’t asked about it. A month ago, his cousin returned from Genoa with a young wife – the daughter of a successful merchant. Amerigo could not refuse 16-year-old Simonetta.
Amerigo took his relatives to a host and whispered, “Piero de ‘Medici died a couple of months ago. Now the country is ruled by his son Lorenzo. Friends call him The Magnificent. The only pity is that he is not handsome.”
Lorenzo saw Vespucci and his relatives. He didn’t like receptions, but for the sake of friendship he prepared a little speech. Marco and his wife bowed to the ruler and… Lorenzo forgot all the words. He stared at the young beauty. Golden curls, dark golden eyes and delicate red lips. She looked like a goddess. Lorenzo felt sorry that earlier this year he got married to soothe his dying father. Why did not he meet this beautiful woman before?!
“I’m glad that you visit me, Seigneur Vespucci!” Lorenzo said politely. Then he turned to the lady: “I hope you enjoyed Florence.” But the young beauty kept silence. 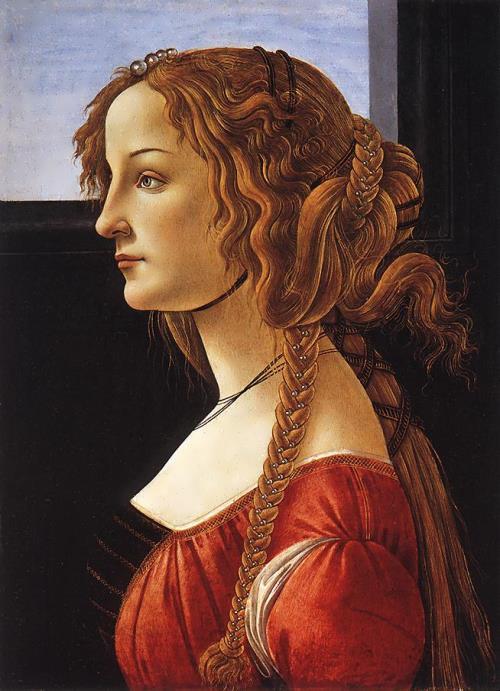 Marco tried to rectify the situation: “Sorry for my wife’s shyness! She is from Porto Venere, and all the women are silent there. They say the goddess of love was born from the sea foam there”.
“Venus!” – thought Lorenzo. But the girl didn’t say anything staring into the distance. Lorenzo turned and saw his younger brother, 16-year-old handsome Giuliano… 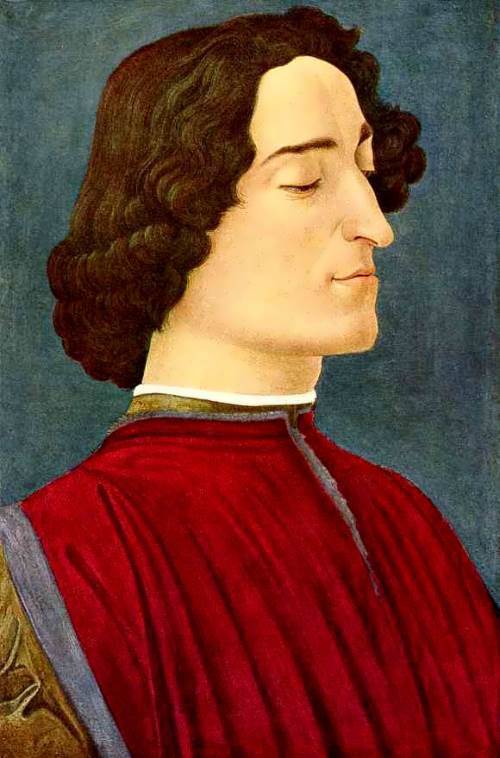 A few months later Marco Vespucci’s life changed. Thanks to the beauty of Simonetta Marco became a very successful merchant. And the two brothers (Medici) presented his wife with expensive gifts. But she preferred poems to jewels. Even serious Lorenzo began to write poetry. Many noble men were in love with the beautiful lady.
25-year-old court painter, Sandro Botticelli, fell in love with Simonetta at first sight. In 1475, Giuliano ordered to paint a portrait of his beloved. Botticelli was delighted. Finally, he would be able to see the beauty so close. Very quickly Simonetta got tired and coughed. And suddenly Botticelli realized – Simonetta was ill! A week later, the artist learned that she had tuberculosis. On April 26, 1476 Simonetta died. A day later, she was buried in the Church of Ognissanti in Vespucci’s family crypt.
Lorenzo was depressed. Giuliano was weeping with grief for several days. Only Marco was not very frustrated and a month later he married again. Giuliano became unsociable and taciturn, and asked God to take him to Simonetta.
On April 26, 1478, two years after the death of Simonetta, an influential family Pazzi tried to overthrow the Medici. Rebel group broke into the cathedral. Giuliano was the first, who saw the danger; he stepped toward the rebels and dozens of daggers stabbed into his body. He didn’t even scream and Lorenzo realized that he did it deliberately. After all, it was the only way to meet Simonetta again. Lorenzo was wounded. Citizens did not support the Pazzi. The rebellion failed.

There were rumors in Florence that beautiful Simonetta did not die from tuberculosis. Giuliano, who wanted to save the life of his beloved ordered to find a vampire for Simonetta. She would become a vampire, but she would be alive. The vampire was caught and after his bite Simonetta got over her illness. However, soon Giuliano began to behave very strangely: he was afraid of sunlight, didn’t want to meet friends. They said he turned into a vampire too. Realizing the terrible situation, Simonetta jumped off the high city tower.
Botticelli heard all these wild rumors in the tavern. How could people believe this nonsense?! Poor Simonetta and Giuliano! .. They just wanted to love and be together. And no magic could bring them back to life. And only he – the painter – could. He would paint them in one picture and they would be together forever.
The artist began to work. He did not know that until the end of his life he would paint only her. All the goddesses and nymphs had her beautiful face. And the great Venus… No wonder, Simonetta was called the pearl of Florence. Simonetta’s Eternal Spring and Eternal Life are in the masterpieces by Botticelli.
On May 17, 1510 the last great painter of the Early Renaissance was buried near Simonetta Vespucci. 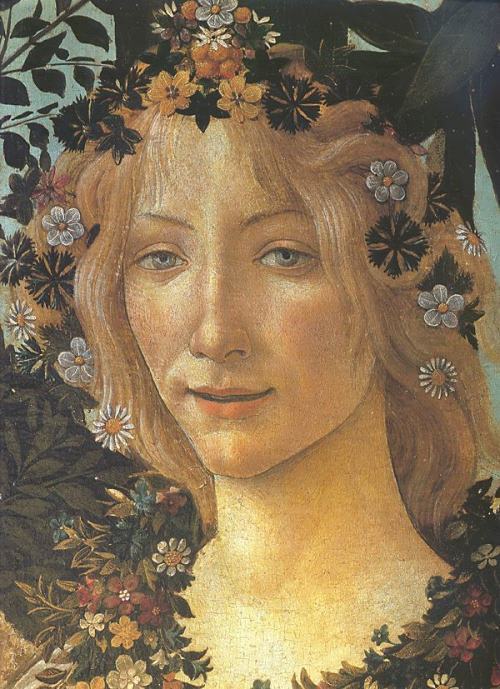 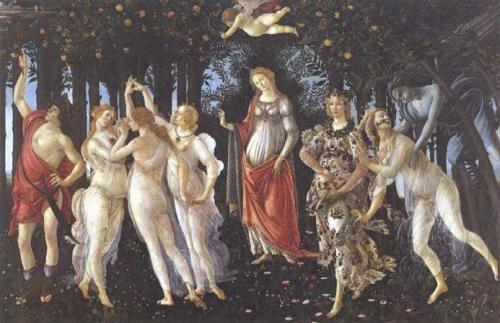 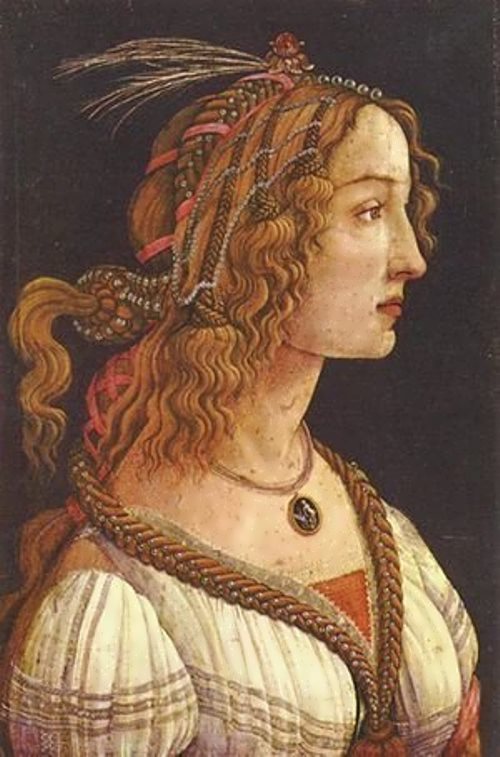