Once a person had liquid food, he had no choice but to invent a spoon. The ancient Egyptians had spoons made of wood, stone and ivory. In ancient Rome, they used spoons made of bronze and silver. In the Middle Ages, rich people ate with silver spoons, while the rest of the spoons were made of tin and wood. In the countries of Northern and Eastern Europe, which were rich in forests, spoons were carved out of wood.
In Russia spoons appeared at least two thousand years ago. In ancient Novgorod there were various wooden spoons decorated with paintings and carvings. Silver spoons in Russia were made by forging. For a simple Russian peasant, the spoon was one of the few personal things. Therefore, it was protected and marked.

From time immemorial, spoons have been used in villages for spells. To bewitch a man, it was necessary to burn his spoon secretly. In the XIX century, fortune telling on spoons filled with water was very popular.
In Russia there is a custom to give a newborn a silver teaspoon. People also use spoons as musical instruments. The first information about such musical collectives appeared only at the end of the XVIII century. Together with the automatic gun spoon participated in the Great Patriotic War and reached Berlin.
In the famous Cambridge several centuries ago an interesting ritual was invented: a huge wooden spoon was given to the student who received the lowest score in the mathematics exam, and a photograph of the student with a spoon was necessarily made. The tradition lasted until 1909. The last spoon, solemnly presented to the student that year, is kept as one of the most valuable exhibits in the university’s museum.
The original way of using a spoon was invented by the father of surrealism, the world famous Salvador Dali. When the artist went to bed, he took a spoon in his hand. During sleep, the spoon fell to the floor with a thud. Dali woke up and hurriedly sketched everything he had seen in his dreams.
Up to the 17th century metal spoons were mainly forged, then they were cast, and only in the 19th century the German industrialist was the first to organize their industrial production. At the same time in Germany, a new material for the production of spoons – an alloy of nickel, copper and zinc, which became widely known as cupronickel, began to be produced. In 1825, one entrepreneur founded a factory of utensils in Saxony. The main products of the factory were cupronickel spoons and forks.
A quarter of a century later, Emperor Napoleon III invited ambassadors of many countries to have dinner. He offered his guests to use spoons made of the new metal – aluminum. Just at that time, for the first time in the world, aluminum began to be manufactured industrially in France, but the technology was so complex that the metal was more expensive than gold. 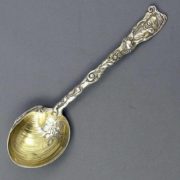 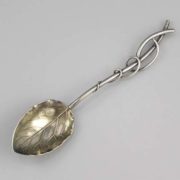 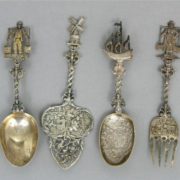 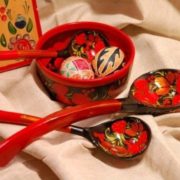 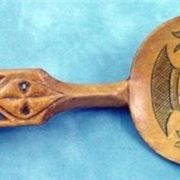 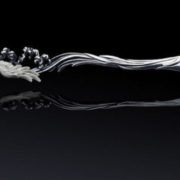 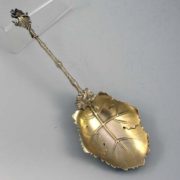 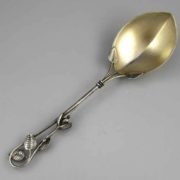 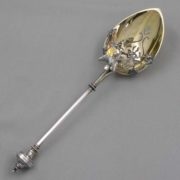 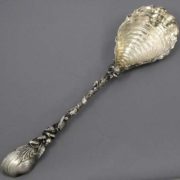 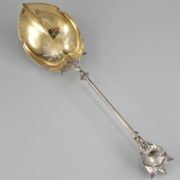 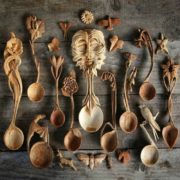 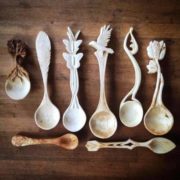 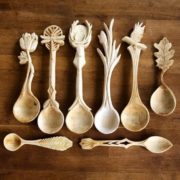 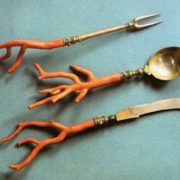 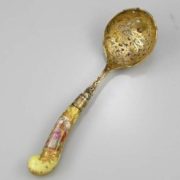 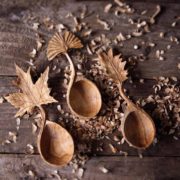 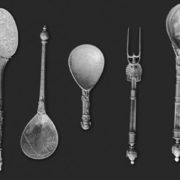 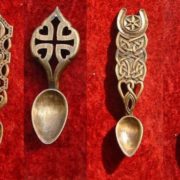 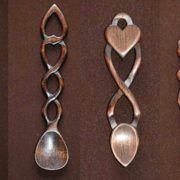 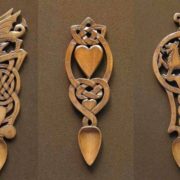 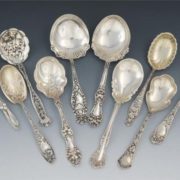 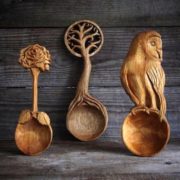 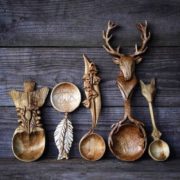 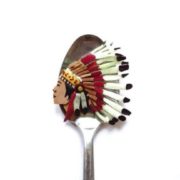 Indian on a spoon by Ioana Vanc 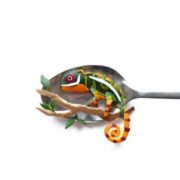 Chameleon on a spoon by Ioana Vanc 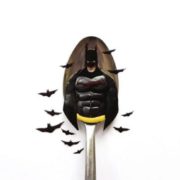 Batman on a spoon by Ioana Vanc 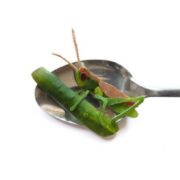 Grasshopper on a spoon by Ioana Vanc 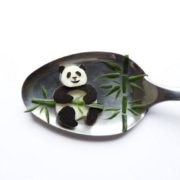 Panda on a spoon by Ioana Vanc 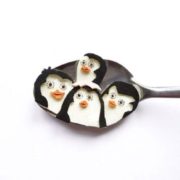 Penguins on a spoon by Ioana Vanc