In the Nubian Desert, which is between the Nile River and the Red Sea, 320 km from the famous Aswan Dam, there is an unusual structure – the majestic Abu Simbel Temple, carved from the mountain ridge, dedicated to the gods Amon-Ra, Harmakhis and Ptah and the deified pharaoh Ramses II. The temple has an amazing history.
In 1813, the Swiss traveler and geographer Johann Burckhardt saw a strange sand-strewn stone boulder on the bank of the Nile. There were four giant sitting figures, which were supposed to depict the gods with the appearance of Pharaoh Ramses II the Great. At the bottom, a narrow stone entrance to the sanctuary was dug out. Soon they found a 65-meter-long passage, the steps of which were decorated with bas-reliefs. In some places there were bright paintings that glorified the military approaches of Ramses II. Thus, the majestic Abu Simbel temple was discovered.

Four grandiose statues in front of the entrance were designed not only to decorate the temple, but also to remind the Egyptians of the greatness of their ruler Ramses. The temple was built 1300 years before the new era. Thousands of peasants, stonemasons, prisoners of war were convoyed to the desert. The construction took many years of hard work. The name of the chief sculptor was fixed on one of the walls of the temple.
After the stonecutters finished carving out figures from the rock, the artists began their work. They painted statues, walls, ceilings with the brightest colors. There were four halls inside the temple. Everyone could enter the first hall, representatives of the nobility could enter the second hall, and only priests could enter the third one. The fourth hall was a sanctuary where statues of Harmakhis, deified Ramesses II, Amon-Ra (sun god) and Ptah (god of darkness) were installed. Only the pharaoh could enter this room. 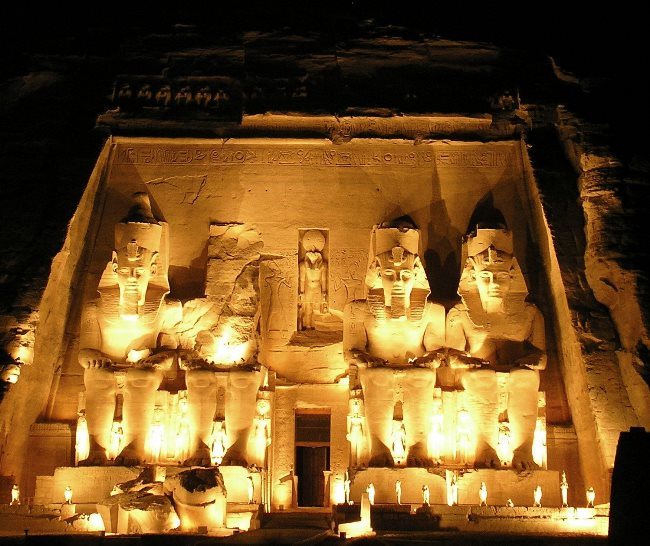 It’s difficult to say how Abu Simbel became covered with sand and hidden from the eyes of a man for many centuries. Almost for a century and a half, the majestic temple was an attractive place for researchers and travelers. However, in the mid-60s of the XX century, it was on the way to the waters of the Nile, which had to spill after the construction of a giant Aswan dam with a hydroelectric power station in 1971. It was necessary to move the temple to a higher place. Specialists of international organizations helped Egypt. It was a unique operation – the temple was neatly sawn into blocks and moved 180 m to the side, where it was rebuilt on the artificially created foundation. Another temple, which Pharaoh Ramses dedicated to his wife Nefertari, was also removed from the flooded area. 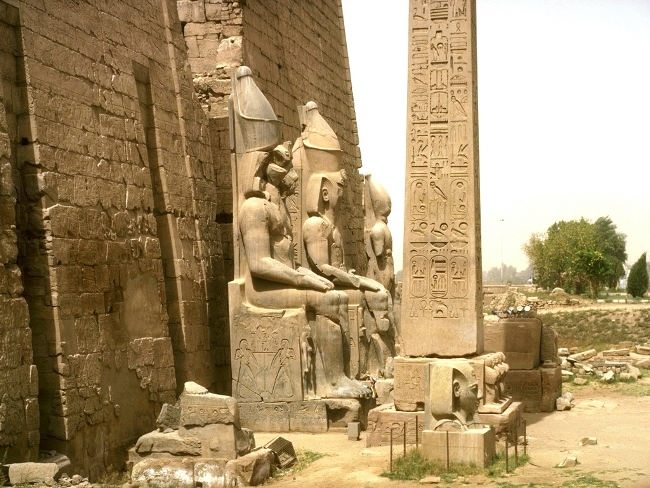 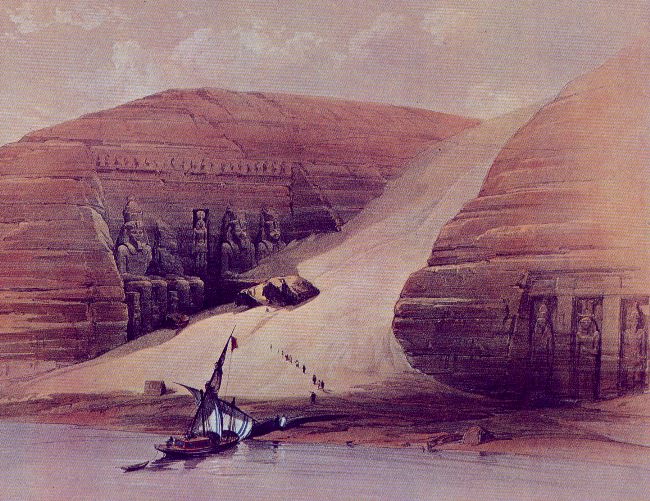 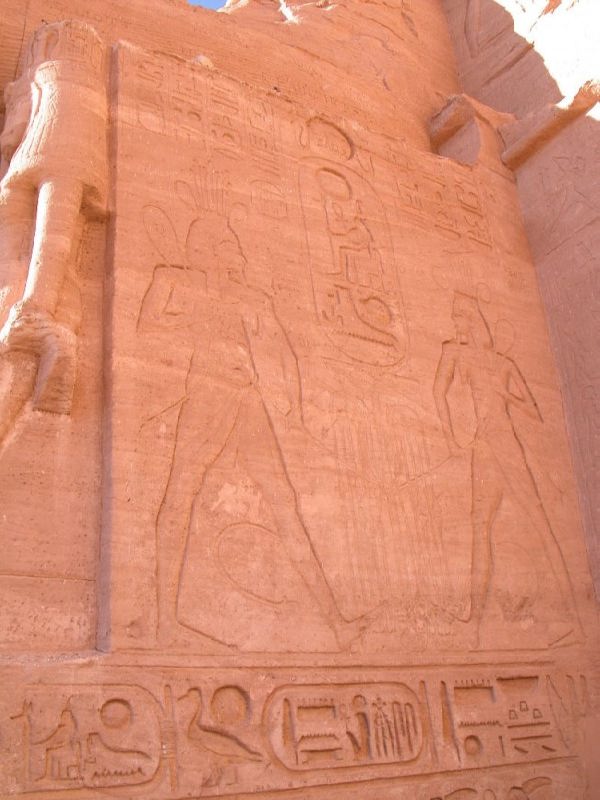 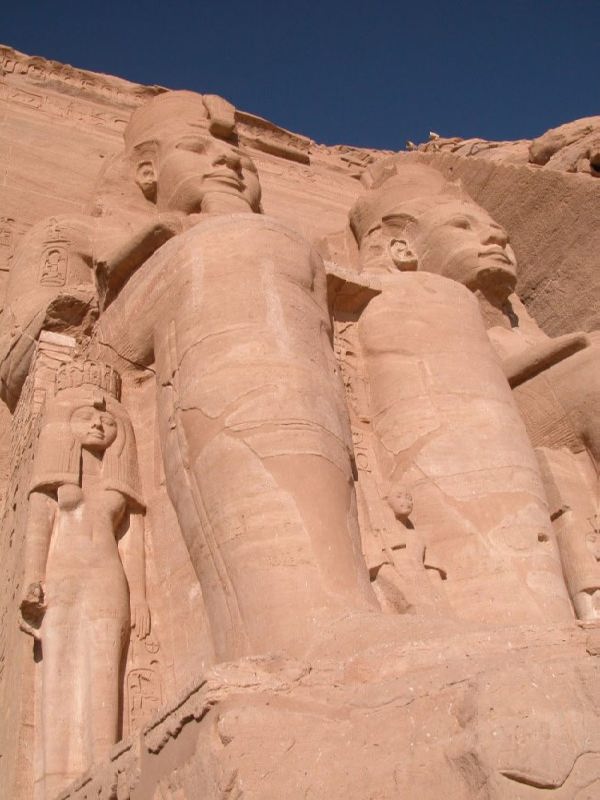 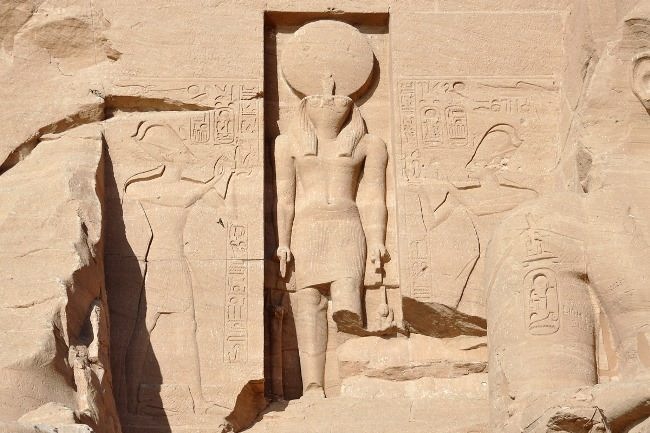 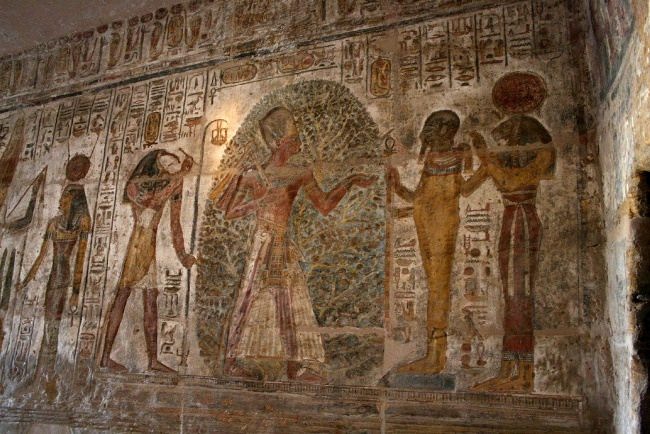 Bright painting on the wall 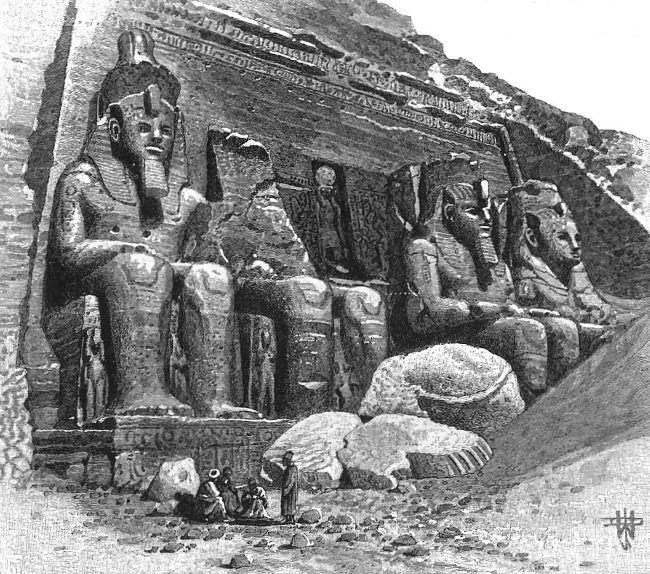 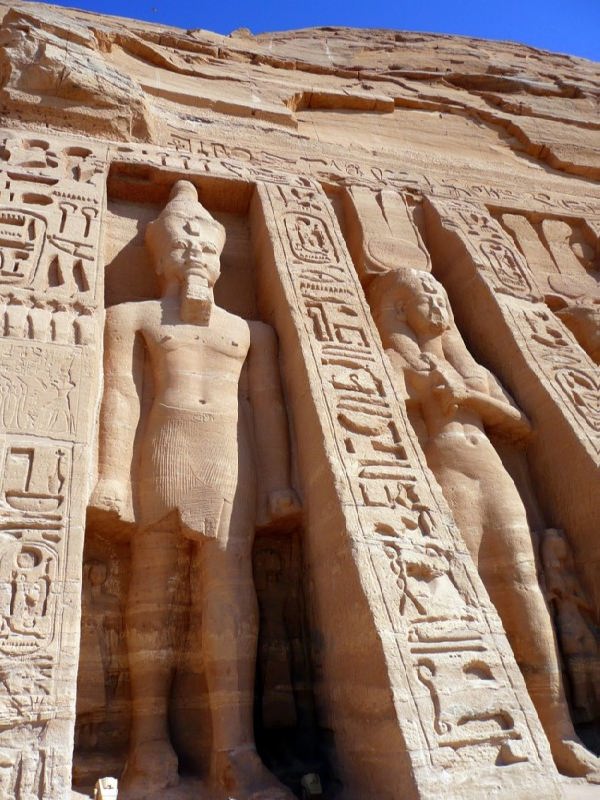 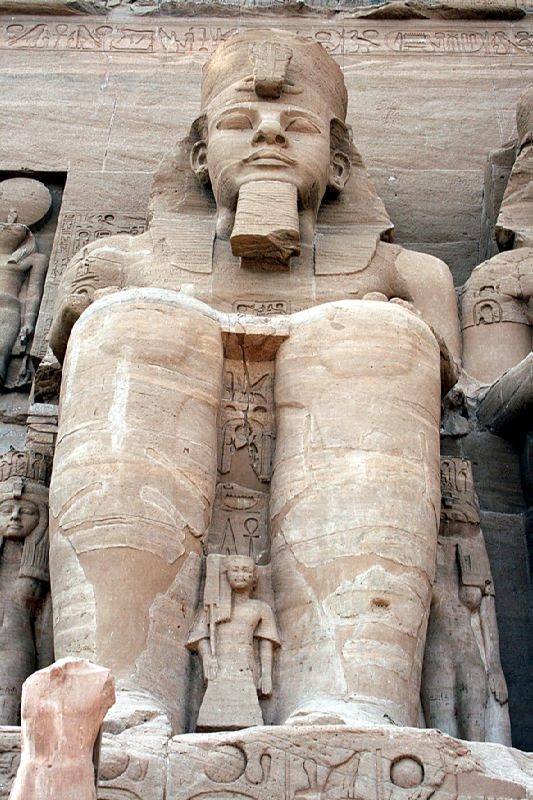 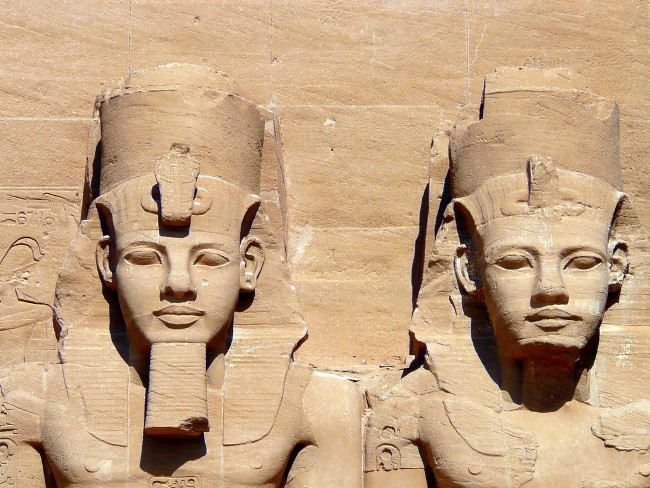 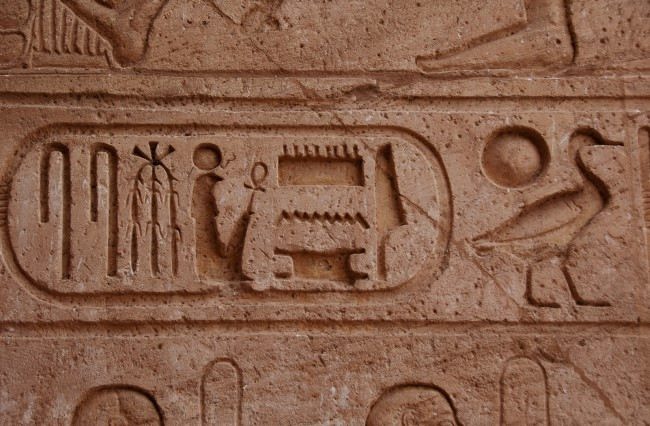 Hieroglyphs on the wall 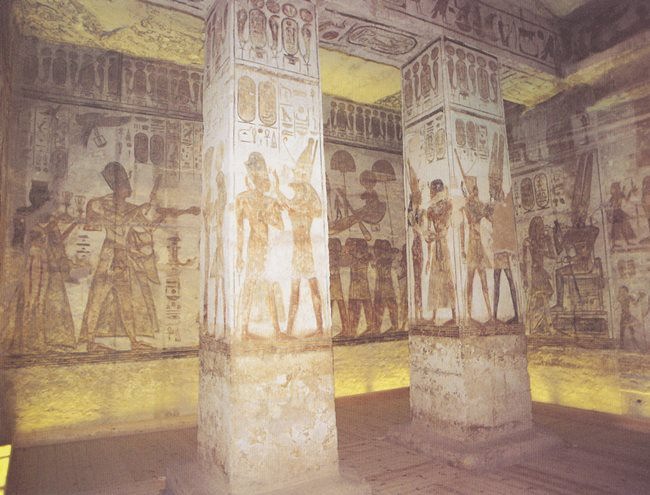 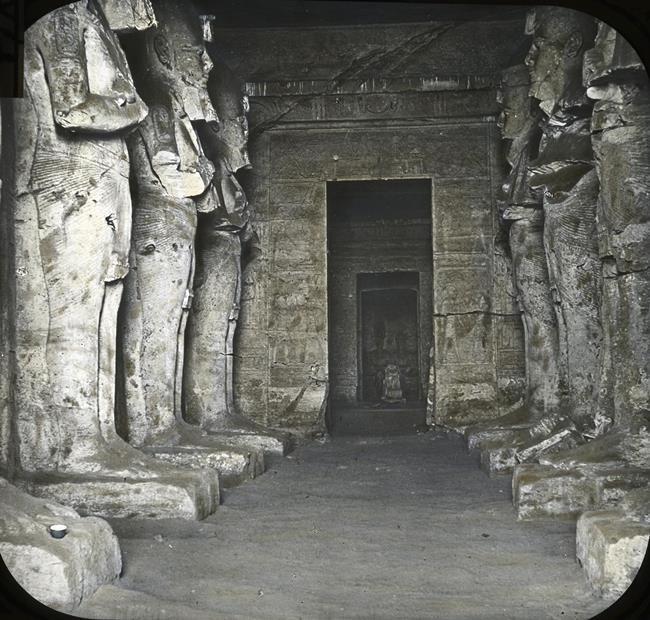 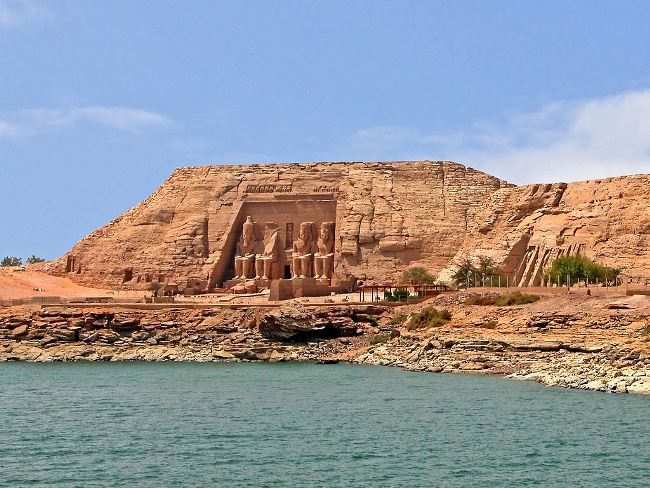 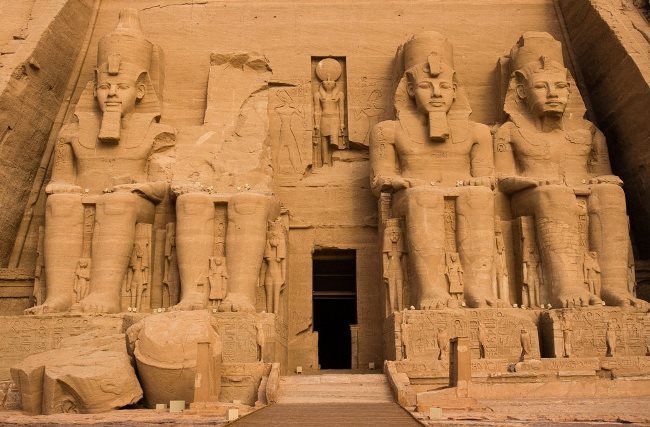 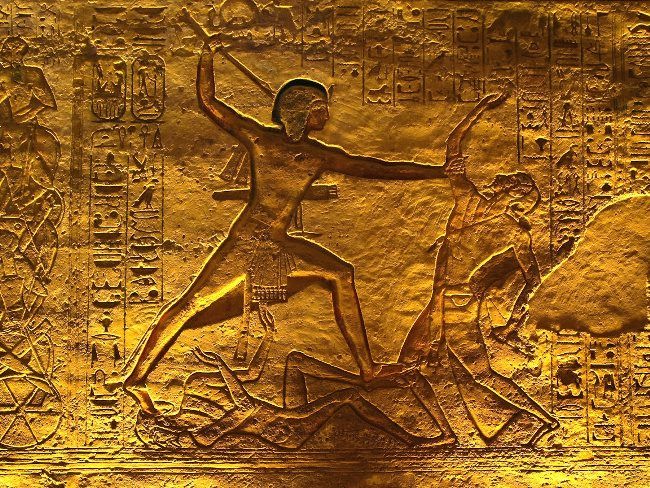 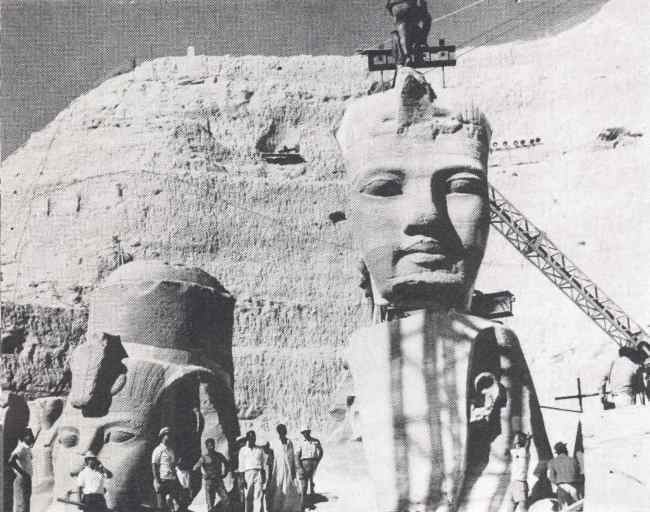 Reconstruction of the temple 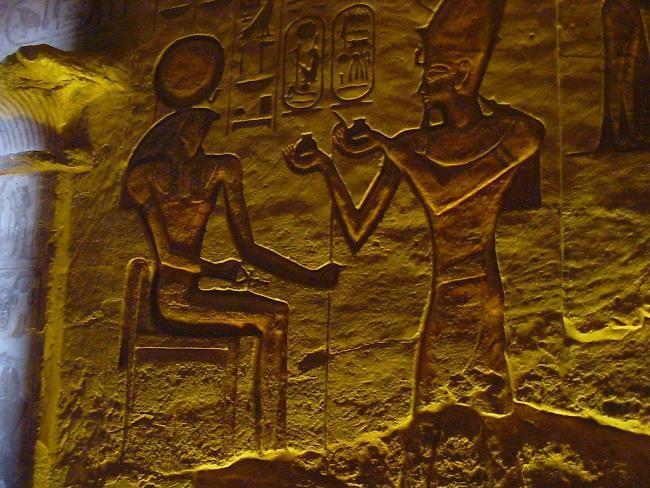 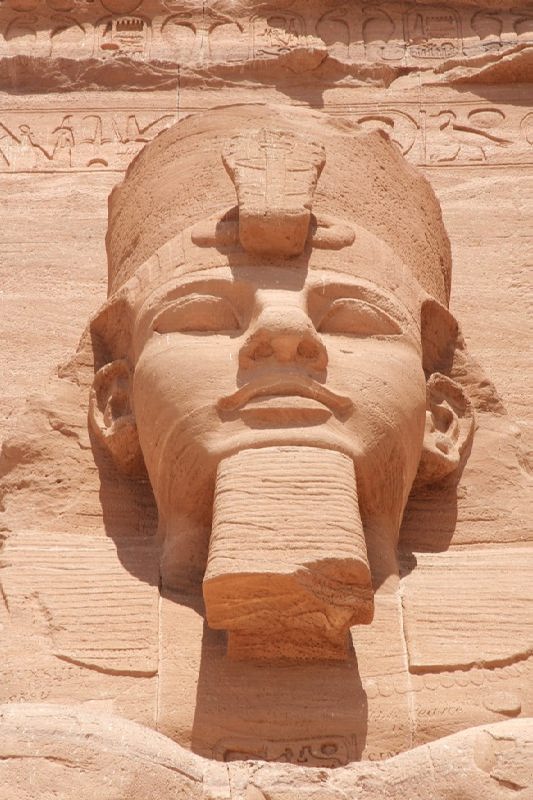 The Head of the God 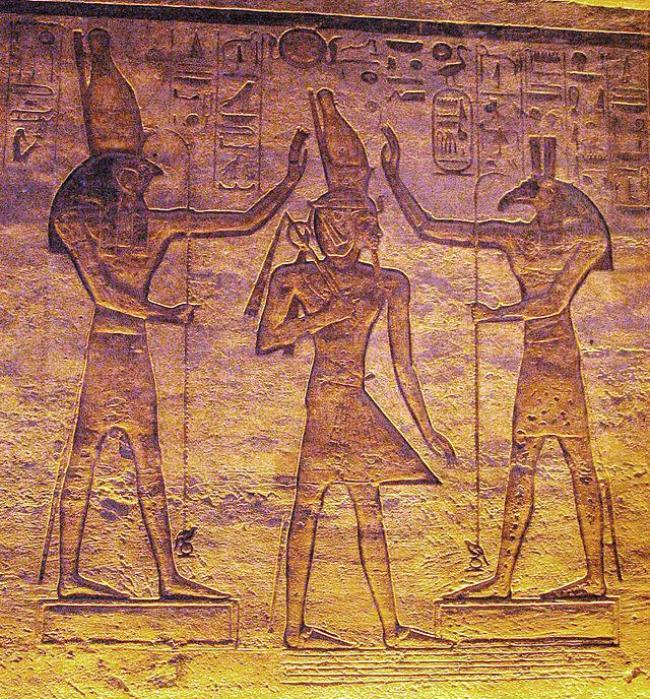