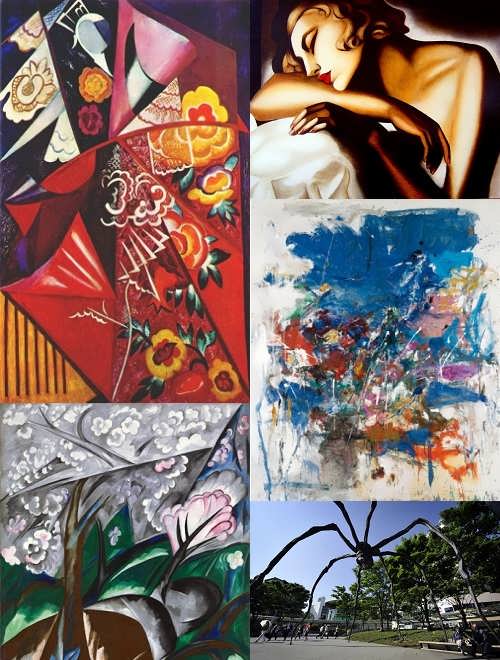 Natalia Goncharova (June 4, 1881, Tula Province – October 17, 1962, Paris) was a famous Russian avant-garde artist. She made a significant contribution to the development of avant-garde art in Russia. Natalia was a relative of Natalia Nikolaevna (nee Goncharova), great Russian poet Alexander Pushkin’s wife. In 2009 Goncharova’s paintings were more expensive than the work of any other female artist in the history.
Her most expensive work is “Flowers”. It was sold for more than $ 10 million. 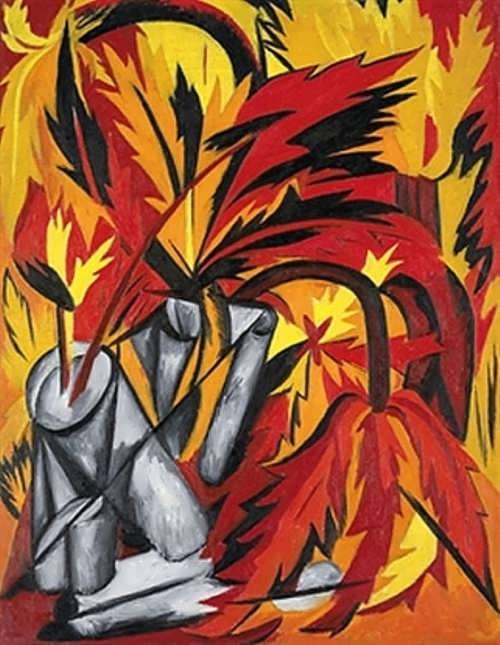 This painting is considered as a landmark for the Russian avant-garde. Goncharova mixed the latest trends of European art (she studied the paintings of Gauguin, Matisse, Picasso) and her own style – Rayonism. Natalia developed it together with her husband, futurist Mikhail Larionov. 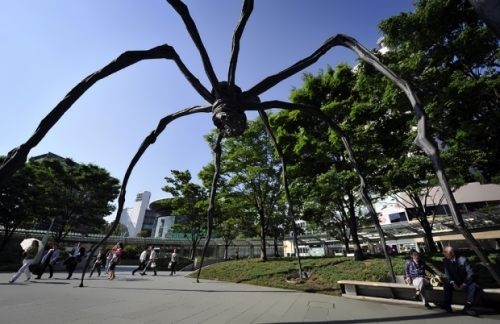 Louise Bourgeois was a French-born American artist. She lived for almost a hundred years and tried her hand in many areas of art of the twentieth century – Cubism, Futurism, Surrealism, Constructivism and Abstractionism. But Bourgeois became famous primarily as a sculptor. Her work combines a unique system of symbols. The key theme of her work was childhood memories. “Spider” is a symbol of the mother for Bourgeois.
“She was smart, patient, friendly, and reasonable like the spider. And she knew how to protect herself, “- said the artist about her mother.
Giant bronze sculptures of Spiders by Louise Bourgeois break records at auctions.
Last record belongs to an almost seven-meter Spider from a private collection in the Napa Valley near San Francisco. It was bought on November 8, 2011 for $ 10.7 million at Christie’s. 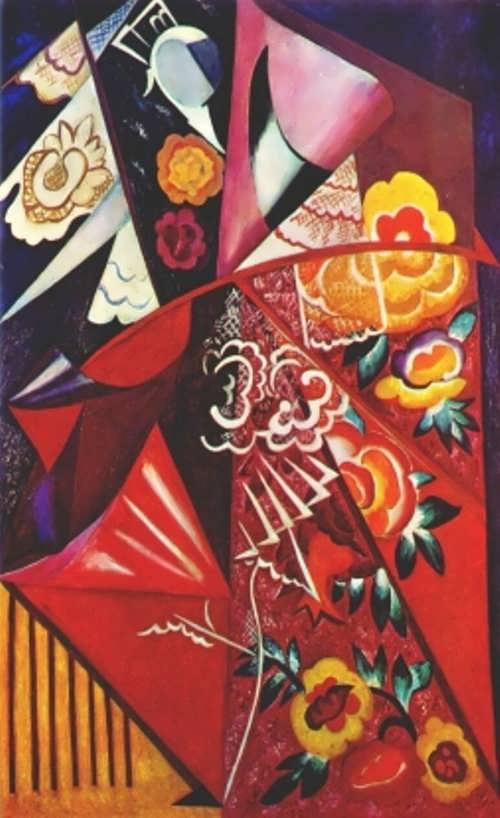 This picture was painted during the First World War. At that time the artist moved from Russia to Paris, where she made decorations for Diaghilev’s “Russian Ballet”. In the picture we can see the powerful energy of Spanish dance. 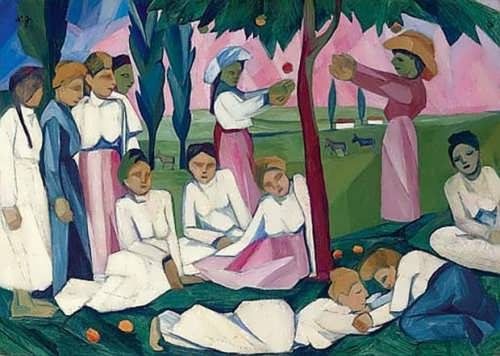 This picture set a record for Russian painting in 2006 at the Christie’s auction, “The Impressionists and the masters of the XX century”. We don’t know who bought the painting, the buyer wished to remain anonymous.
When Natalia painted “Picking Apples”, she was fond of impressionism, post-impressionism, cubism and futurism. Goncharova also was inspired by Russian icon painting. As a result, she created a series of pictures “Picking Fruit” in a very original manner. 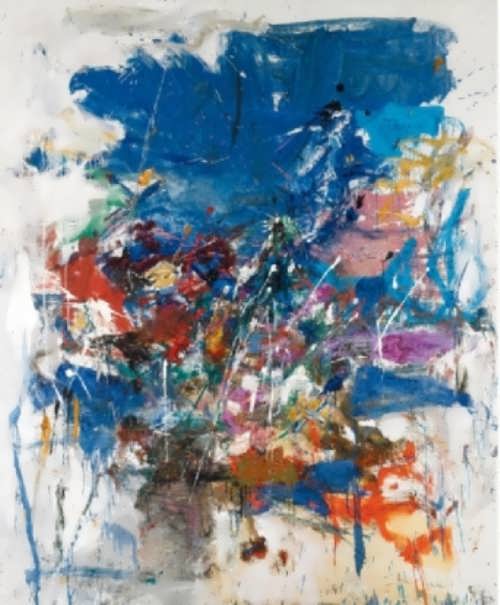 “Untitled” was one of the first works by Mitchell in the new for her style – abstract expressionism. Mitchell, according to the Berlin trading company Artnet.com, is the most successful artist on the auction turnover. From 1985 to 2013, 646 paintings of the artist were sold; a total price was $ 239.8 million. 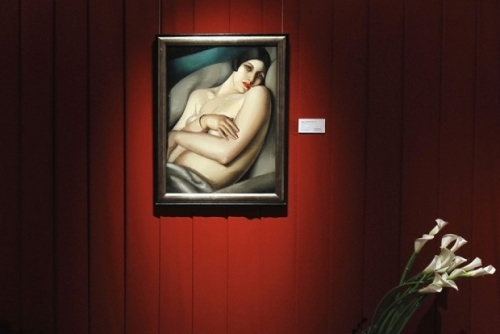 Tamara de Lempicka was an American artist with Polish roots, who lived for some time in St. Petersburg. She worked in the Art Deco style, which appeared in 1920-30s and soaked up the spirit of the “Century of Jazz”.
“Dream” was painted during a fruitful Paris period and after auction in 2011 it was the most expensive work of the artist. In 2009 her picture “Portrait of Marjorie Ferry” was sold for $ 4.9 million and “Portrait of Madame M.” for $ 6.1 million. 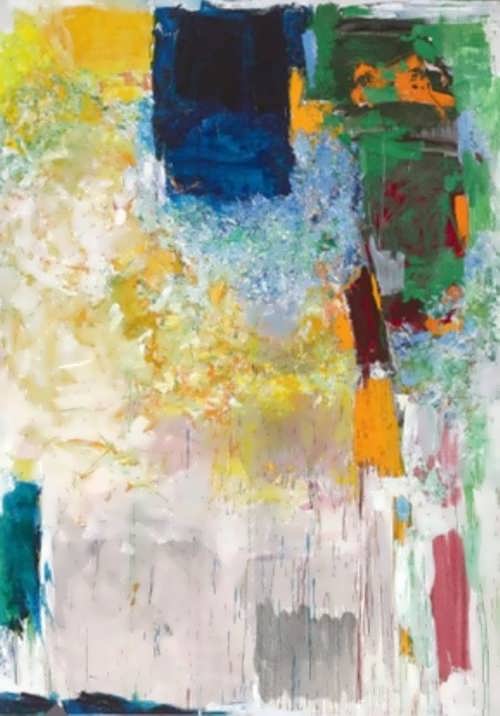 This picture is dedicated to Mitchell’s older sister, Sally. The work is very different from her previous paintings. “Salut, Sally!” is a bright and sunny picture. In 1970 the artist settled in the small town 55 km from Paris. Her first solo exhibition was held in the same year.
The painting was in a private collection. 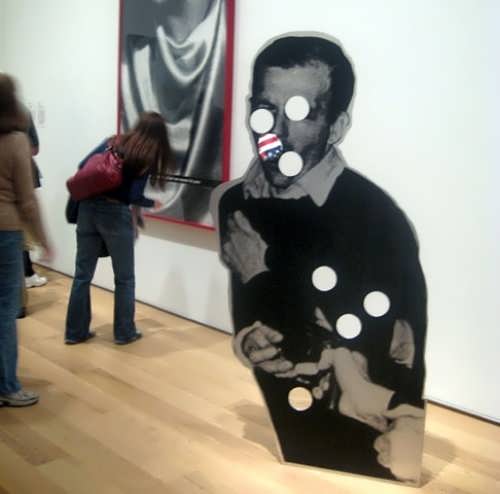 Cady Noland is an American postmodern sculptor. The peak of her creativity was in 1980-1990. Her last work was created 11 years ago. According to Bloomberg, Noland is one of three artists whose works’ price went up over the past 13 years.
This sculpture depicts Lee Harvey Oswald, the only suspect in the murder of US President John F. Kennedy.
For her sculptures Noland uses images from the media, increases them, puts on the aluminum sheets and then cuts out. In some cases, she makes holes – bullet points.
Her solo exhibitions were held in the United States, Japan, Europe, and artist’s works are sold by leading auction houses worldwide. 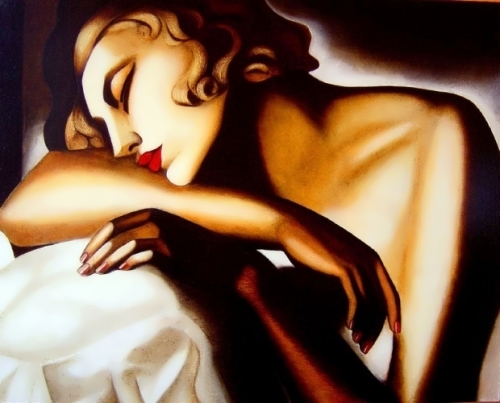 Tamara de Lempicka created the image of a strong and sexy woman. It is not surprising that Madonna became one of the main collectors of her paintings. The artist’s world is filled with luxury, expensive dresses, perfect bodies. 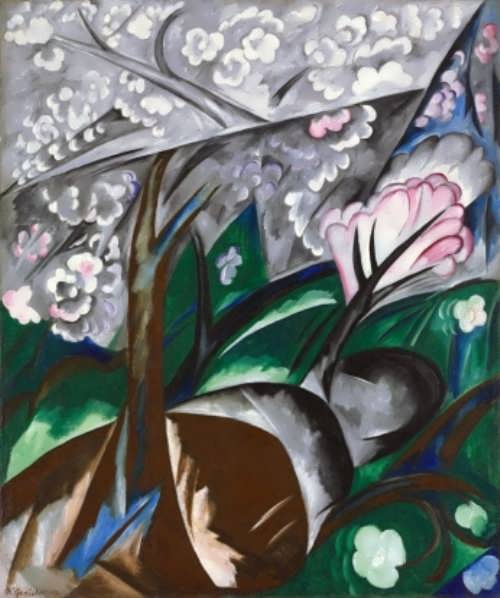 Critics say that this painting is much closer to the picturesque French tradition of the XIX century than to the works of Kazimir Malevich and Wassily Kandinsky.