« History of chopsticks
What is remarkable about your heart? » 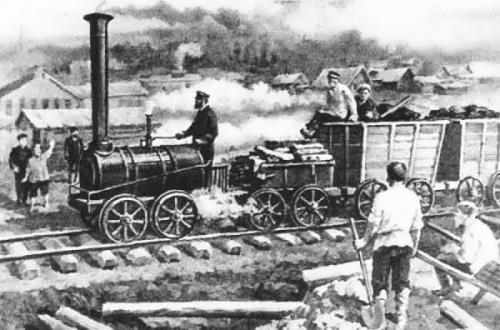 A railroad, also called a railway, is a type of land transportation. A vehicle called a locomotive pulls most trains. A locomotive can be powered by an engine that burns diesel fuel or by electricity.
Trains can be divided into two types: passenger and freight. The speed of many large passenger trains is about 100 miles (160 kilometers) an hour. However, some trains in Europe and Japan can go more than 180 miles (290 kilometers) an hour.
Before trains and locomotives people used horses to pull carts along tracks. In 1803, Richard Trevithick from Britain built a locomotive that ran on steam power. The railway cars were quite like stagecoaches except that they ran on wooden rails. Locomotives which breathed out steam and flame had taken the places of horses. The engine of those days had four light driving wheels and a tall smokestack. The wood, which was used for fuel, and also the water, were carried on a small platform behind the engine. As the engine had no engineer had to drive facing the winds and storms. For that reason, the locomotives were not always used in rainy weather. 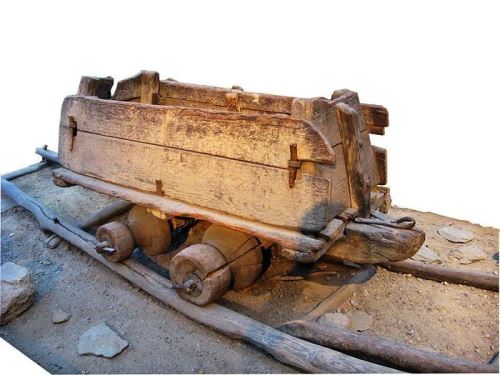 The three or four passenger cars behind the engine looked very much like stagecoaches. Fifteen persons could ride inside each coach. Other passengers could perch on the tops of the coaches. The windows were simply openings. There was no way of keeping out the smoke and the cinders. Occasionally the engineers had to stop the train in order to help put out a fire that had been kindled in a passenger’s clothing by a spark from the engine. The last car of the train was a high, open van where all the baggage was piled and covered with oilcloth. At first there was no way to light or heat the trains. Later lamps and stoves were used.
In the 1820s George Stephenson built the first steam train to carry goods and passengers. It was the fastest steam locomotive of the time, with a speed of 36 miles (58 kilometers) per hour.
Diesel engines replaced steam engines between the 1930s and the 1950s.
But little by little, these railroads were improved. They played a great part in developing the country. They made it possible for people to have goods shipped from far away regions. 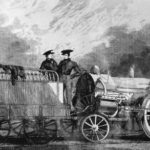 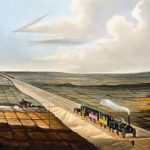 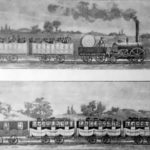 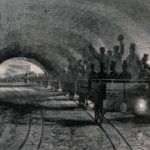 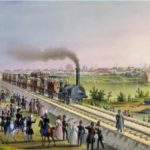 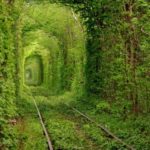 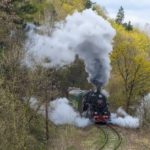 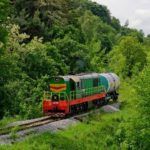 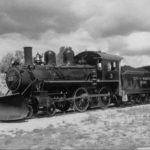