« Land of the pharaohs
Stupidity is dangerous » 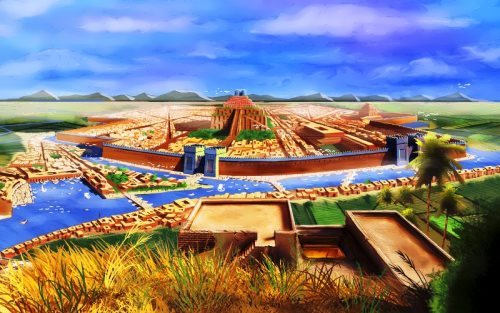 Mesopotamia, “The Land Between Two Rivers,” lay in the valley of the Tigris and Euphrates rivers. The rivers provided fish and birds as sources of food. The water from the rivers allowed the fertile land of Mesopotamia to produce crops.
Sumerian civilization dominated Mesopotamia from 3500 B.C.E. to 2000 B.C.E. It was replaced by Babylonia, then Assyria.
Cities were vital for trade, handicraft production, government, and military defense. The cities collected the wealth of their outlying agricultural regions: barley, dates, wheat, vegetables, and livestock.
Each city had its own god. The central structure in the fortified city was the temple to the city’s god and protector. City administration was initially by assembly, but by 3000 B.C.E., kings ruled the city-states. The king ruled over the city and its hinterlands.

Sumerians were the first to use bronze. They also made pottery and carved stones and shells while creating gold and silver jewelry. 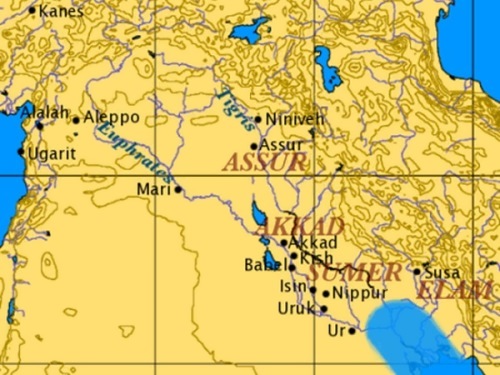 Babylon was a successor to Sumer, dominating until around 1600 B.C.E. Babylon used Sumerian irrigation and agricultural technology and the Sumerian calendar. Babylon worked with perfumes, cosmetics, medicine, and pharmacology. The civilization collapsed when the Hittites invaded around 1596 B.C.E.
The third major city civilization, Assyria, was expansive. Assyria established a few large cities for trade and crafts development.
The Mesopotamians had high-value literature, prime examples of which were the creation myth, Enuma Elish, and the epic, Gilgamesh.

Modeling, depicting scenes from the poem of Gilgamesh, the palace of Sargon II, around 710 BC

Interesting facts
– One of the world’s first archaeologists was Nabonidus, king of Babylon from 556 to 539 BC. He excavated ruined shrines and temples near the city, and restored the great ziggurat (tower) of Ur. His daughter, princess Ennigaldi-Nanna, collected antiques from Southern Mesopotamia, which she stored in a temple at Ur – the world’s first known museum.

– Beer may well have been the most popular drink in Mesopotamia. It was being made from malted barley before 6000 BC and the Sumcrians even had a goddess of intoxicating drink called Ninkasi.

– Hundreds of thousands of clay tablets have survived to the present day. Several collections of tablets so numerous that they can only be called libraries have come to light. 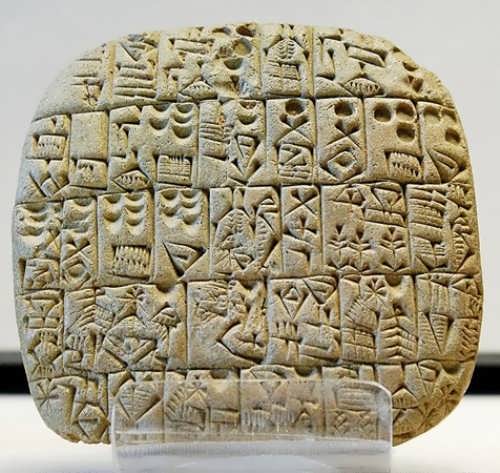 A clay tablet from Shuruppak approx. 2600 BC

– Mesopotamians were exploiting the Middle East’s best- known natural asset – oil – thousands of years before Christ. They probably used it as fuel for lamps. They also used pitch for bonding brickwork on buildings and for waterproofing boats.

– The Book of Genesis tells how the descendants of Noah started to build a tower ‘with its top in the heavens’. Some scholars believe that the foundations of the tower – the Tower of Babel – can still be seen on the site of ancient Babylon in southern Iraq. It was built during the reign of Nebuchadnezzar II, who ruled Babylon between about 605 and 562 BC. Nebuchadnezzar also built the Hanging Gardens of Babylon, one of the seven wonders of the ancient world. The Babylonians called the tower Etemenanki, the ‘House of the Foundations of Heaven and Earth’. 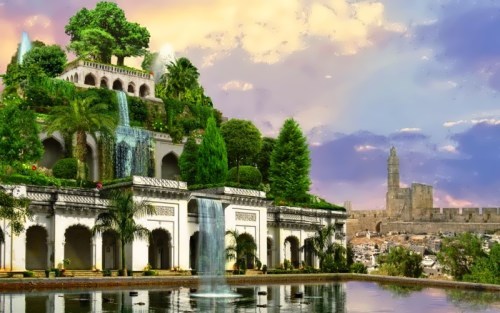 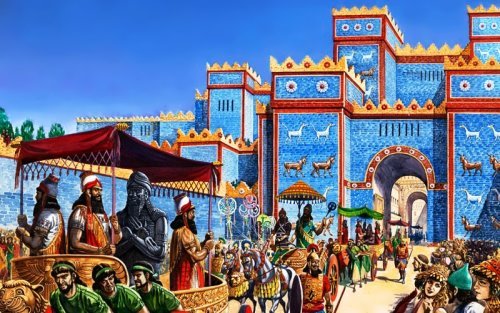 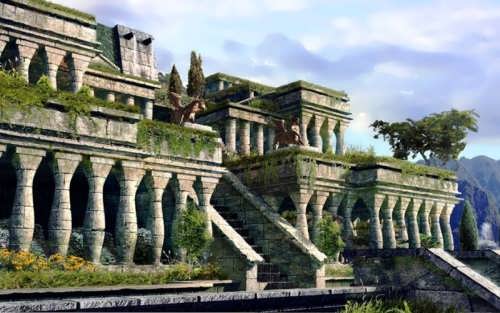 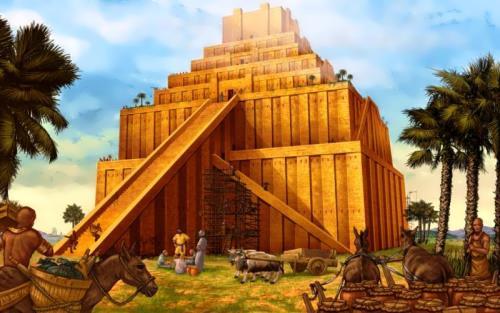 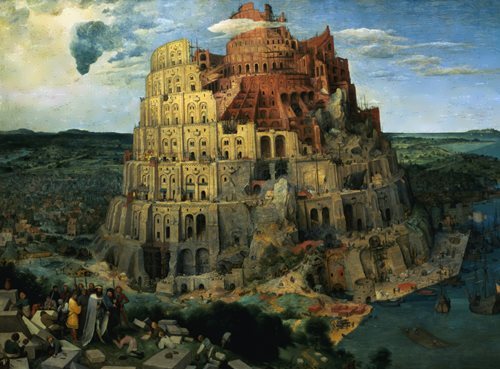 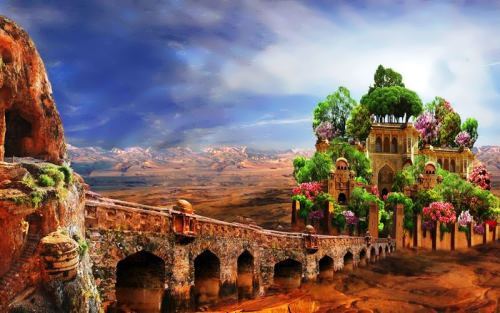