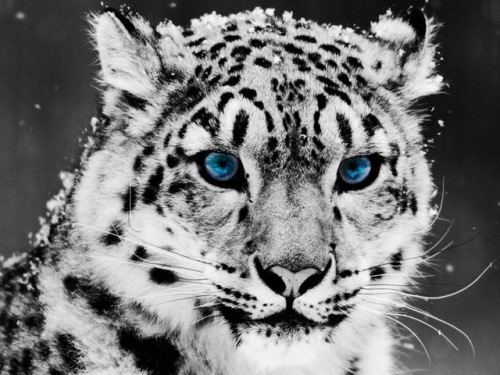 The snow leopard, also known as the ounce, or irbis, is a large cat. The snow leopard habitats are located in the territory of many Central Asian states. These are Afghanistan and India, Kazakhstan, China and Mongolia, Pakistan, Uzbekistan, Tajikistan and the southern Siberian territories of Russia. It would seem that the area is large enough, but their number decreases every year.
Beautiful thick, fluffy and soft fur serves as an excellent protection against cold. The color of the snow leopard is gray with a smoky touch, sometimes almost white. On the whole body there are black large annular and small continuous spots. In summer, the color is lighter than in winter. Thanks to their fur, snow leopards are perfectly adapted to those harsh conditions in which they live.

An adult snow leopard has a body length of 75–130 cm and a tail of 70–100 cm. It stands 50–65 cm at the shoulder, and has a body weight of 35–70 kg.
After a gestation period of about 100 days a female gives birth usually to two cubs in a rocky lair.
Snow leopards have lived as long as seventeen to nineteen years in captivity, but their life span is less in the wild.
The maximum height at which the snow leopard was found is about six kilometers above sea level. 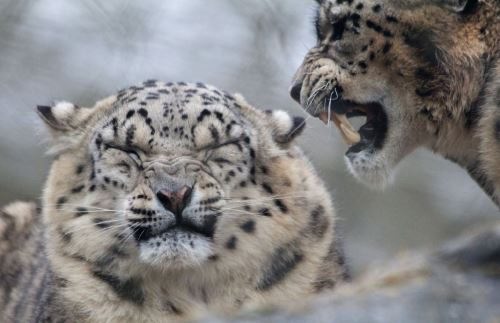 They are solitary predators. They typically rest during the day and feed during the early morning or late afternoon. They feed on ibex, sheep, musk deer, boar, hare, rabbit, pika, marmot, ptarmigan, and pheasant.
These cats are incredibly jumping. During the hunt, they are able to jump 6 meters in length and 3 meters in height.
An unusually beautiful hide of this animal is an expensive trophy for the poacher. Human greed leads to the fact that these large wild cats become an endangered species. To save snow leopards people keep them in the zoos.
October 23 is the International Snow Leopard Day. 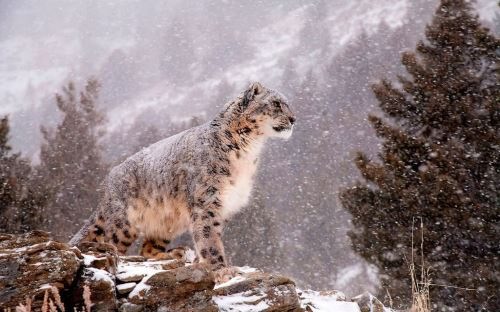 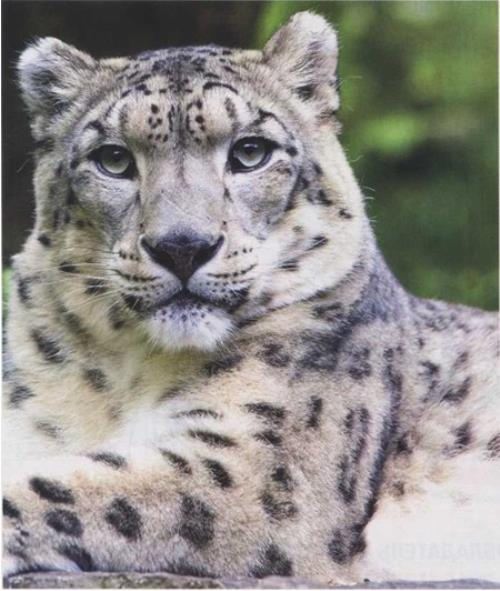 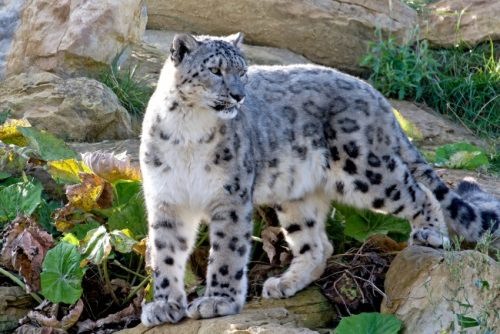 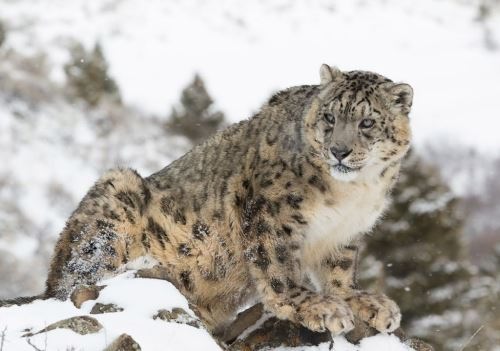 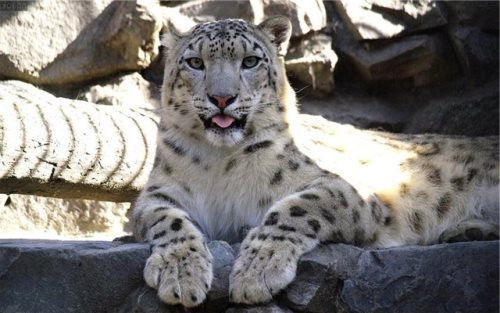 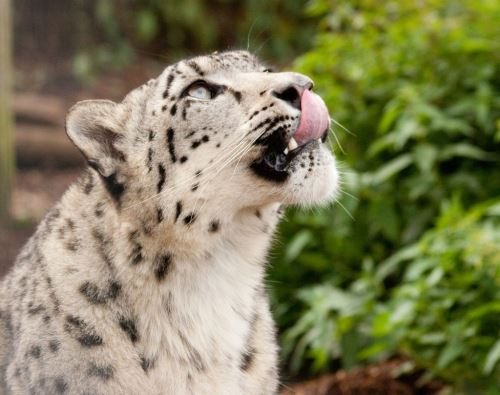 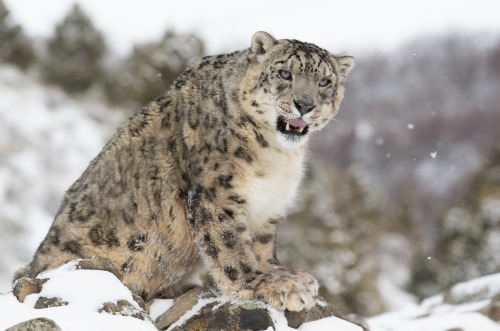 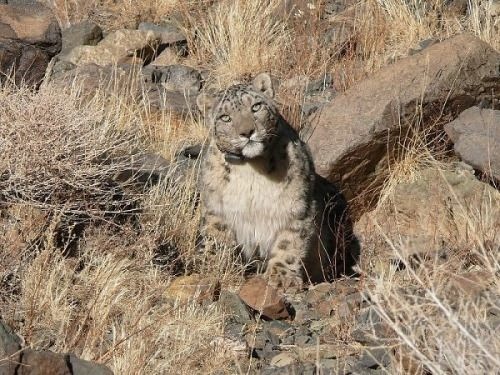 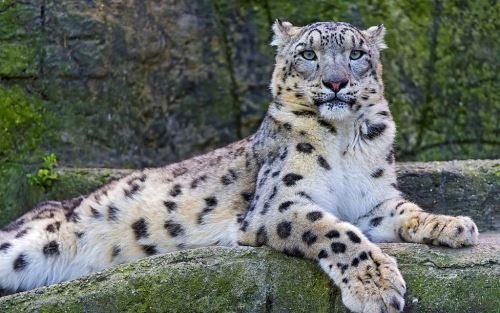 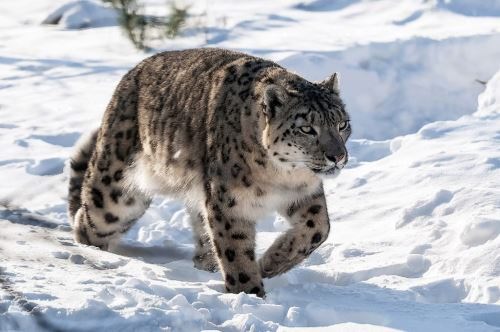 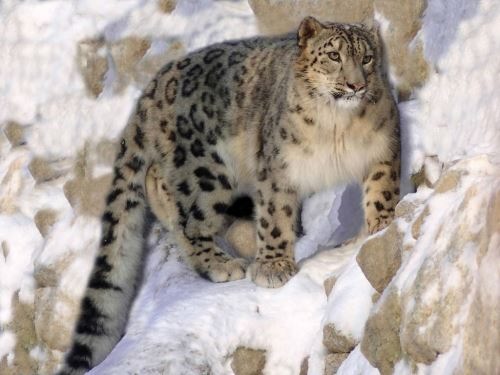 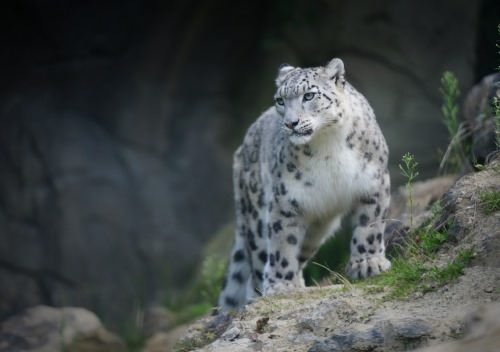 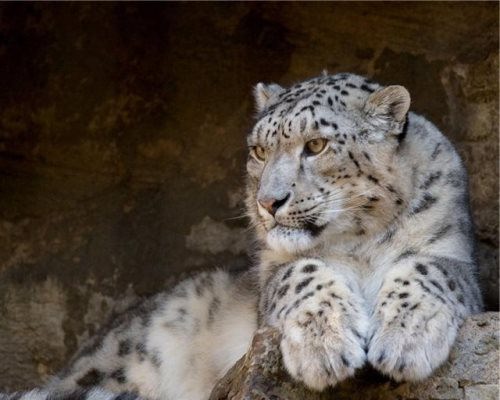 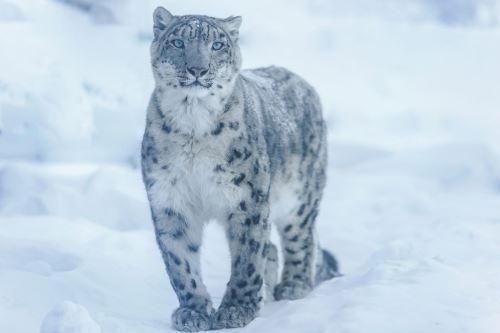 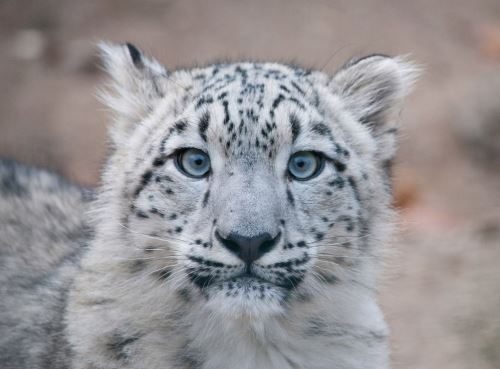 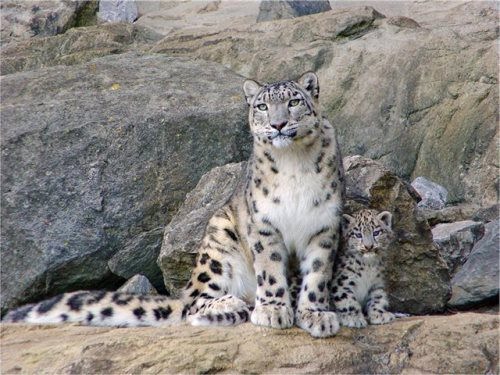 Mother and her kitten 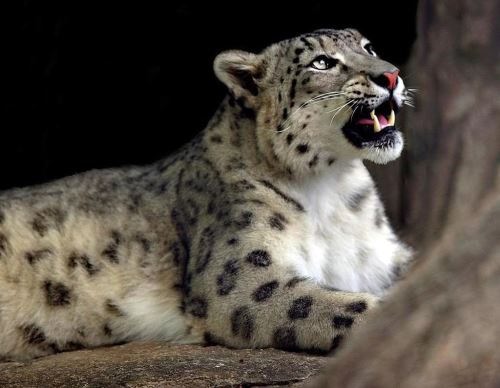 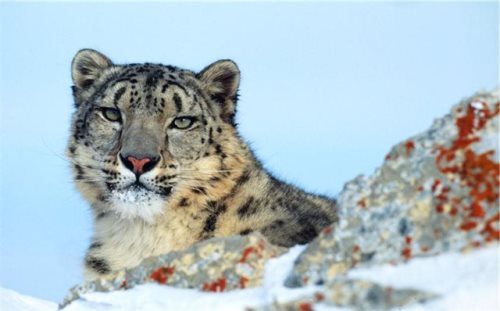 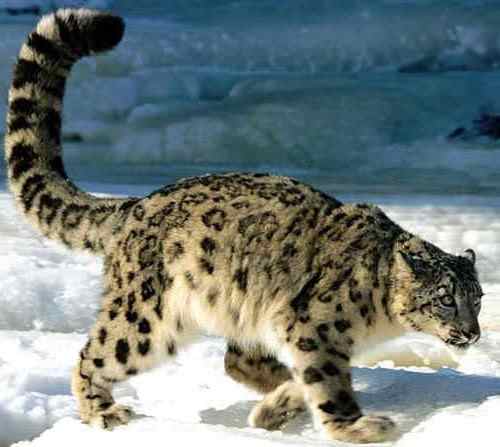 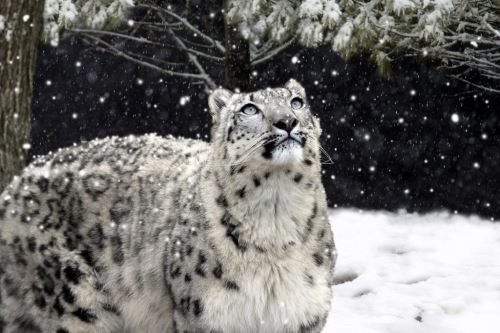