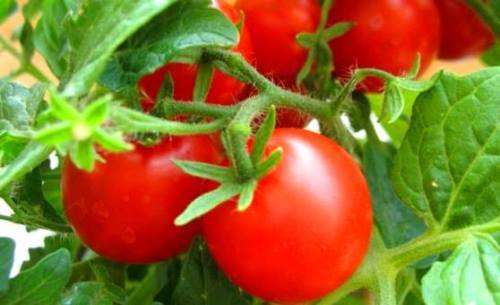 Tomatoes are commonly called vegetables, but they are actually fruits. They are eaten raw or used in cooking. Canned tomatoes and tomato juice are also popular.
Tomatoes were first grown thousands of years ago by South American Indians who lived in the Andes Mountains. In Mexico, Indians cultivated tomatoes long before Spanish explorers arrived in the 1500s. The name “tomato” comes from tomatl (which means large berry), a word in the language of the Aztec people of Mexico.
The Spanish who returned to Europe brought the tomato back with them. The tomato was first used as a food in Spain and Italy.

From Europe, tomatoes were taken to North America. Today they grow all around the world, wherever winters are not too cold and summers not too hot.
For a long time the tomato was believed to be a relative of the poisonous belladonna plant. In fact, the roots and leaves of the tomato plant are poisonous. At first Europeans grew tomatoes only for decoration. Tomatoes were grown in pots among other indoor plants, they decorated flower beds. Then people began to notice that the smell of the plant drives away the gnats, and the gruel from the pitted fruits heals festering wounds. People used tomato juice to treat some gastric diseases. So the American guest became not only decorative, but also a medicinal plant. 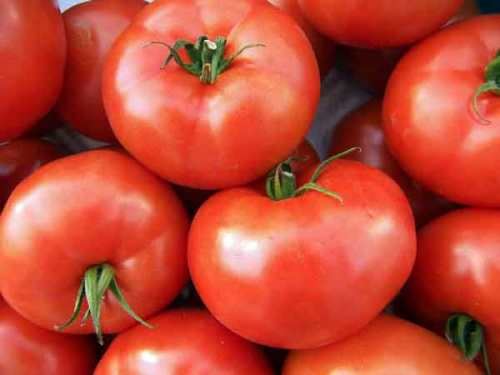 In France, the tomato appeared on sale in 1793 and immediately because of its red color became a symbol of the revolution along with the Phrygian cap.
Tomatoes belong to the nightshade family. The leaves are hairy and have a strong smell. The flowers are yellow and hang in clusters. The fruit can be round or oval. Tomatoes contain many small seeds surrounded by jellylike pulp.
Tomatoes are packed with vitamins A and C. It is useful for treating cardiovascular diseases, gastritis, general decline of strength, weakening of memory, anemia. Tomato juice lowers blood pressure, helps to lower cholesterol in the blood. Tomatoes regulate the metabolic processes and activities of the gastrointestinal tract, enhance the work of the kidneys.
They’re used to make soups and salads. Tomatoes also form the base for ketchup, chili sauce, and spaghetti sauce.
A lot of tourists in late August go to the Spanish town of Bunol to take part in the famous tomato battle called Tomatina. 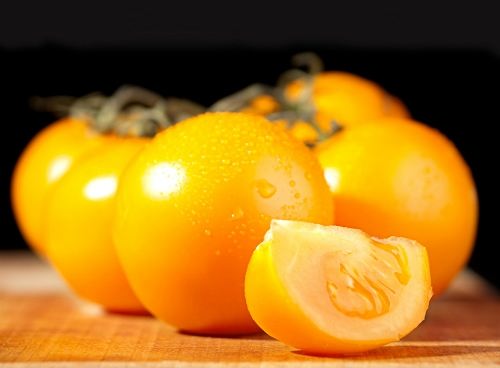 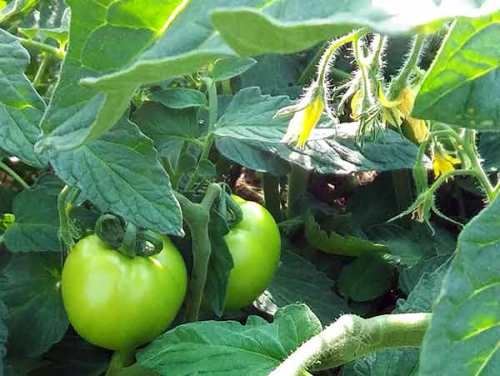 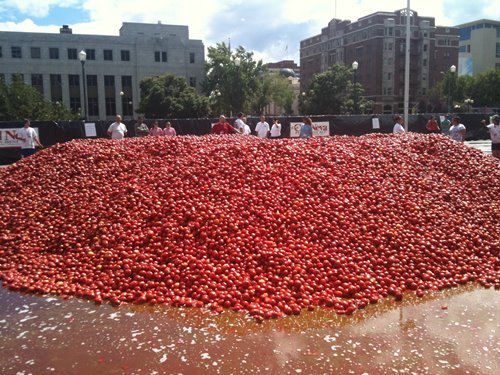 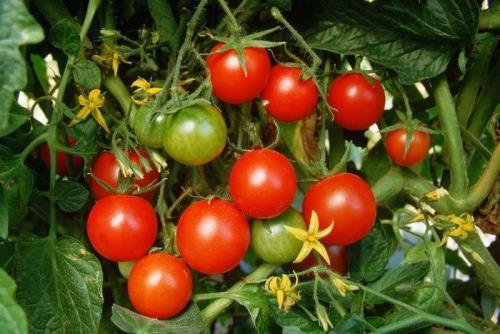 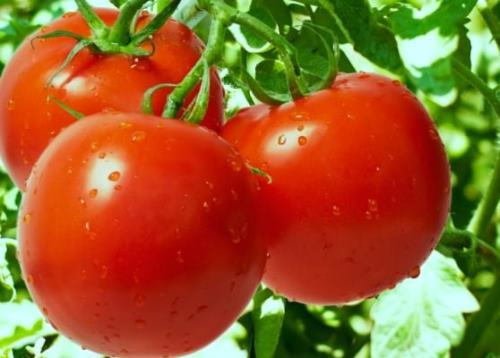 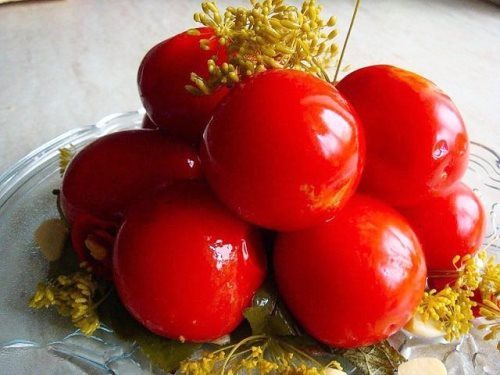 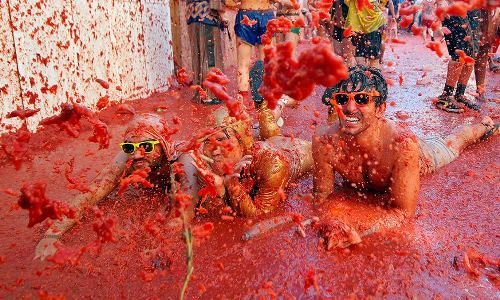 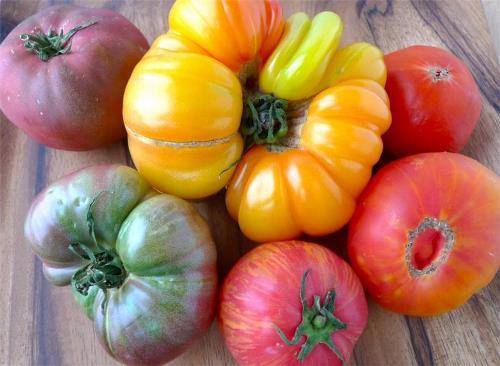 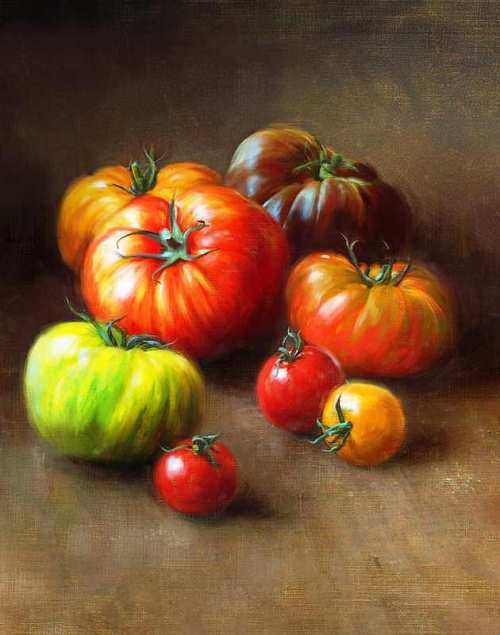 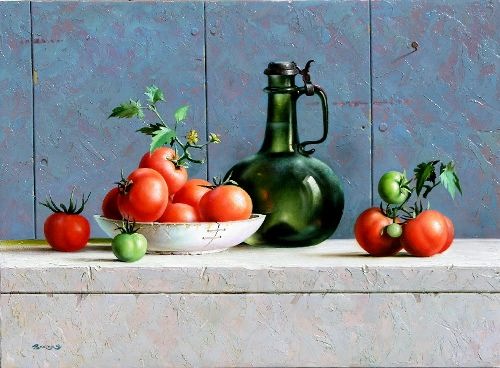 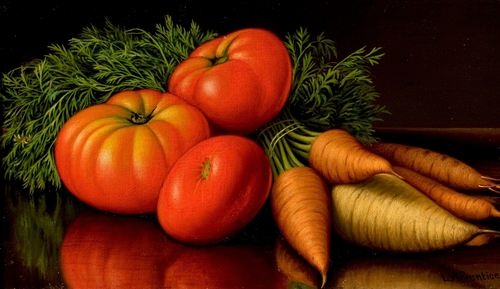 Still Life with Tomatoes and Carrots 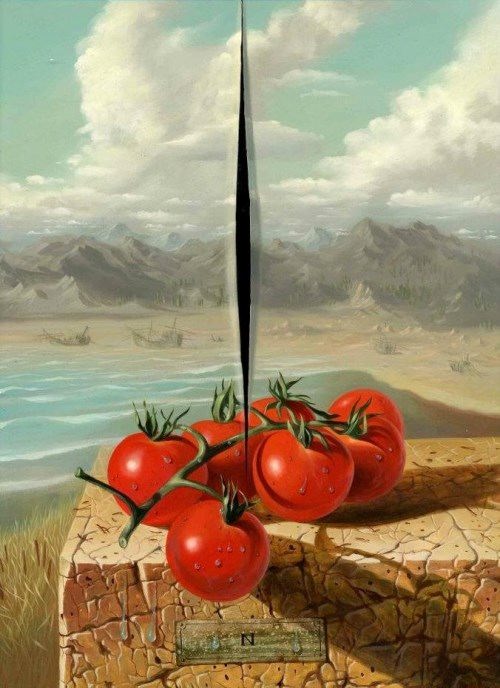 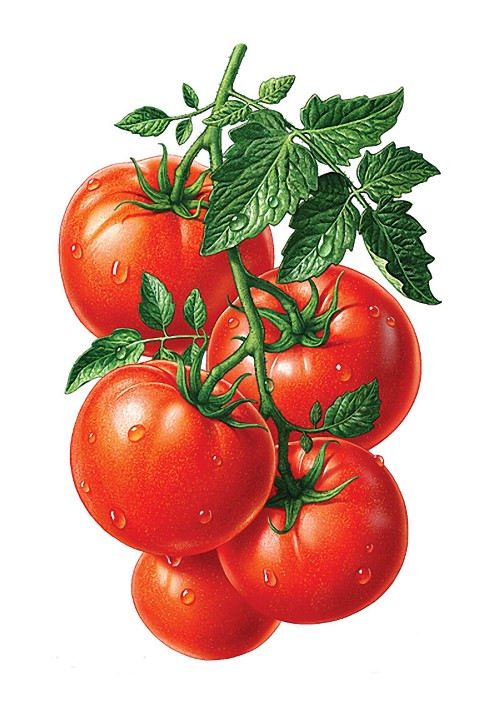 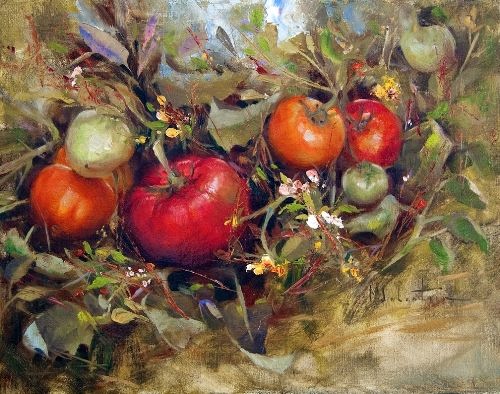 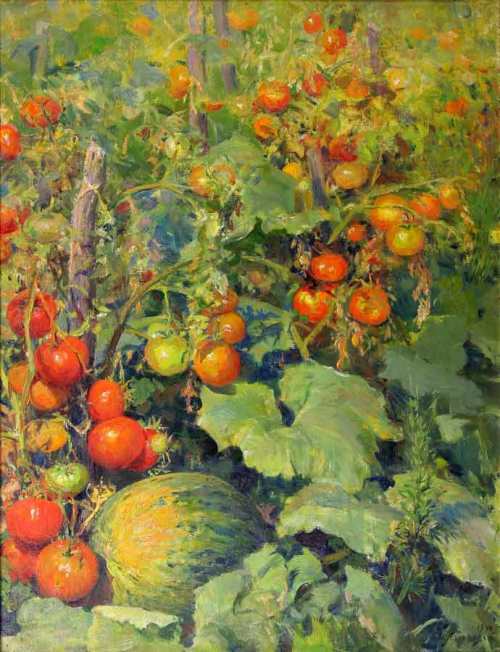 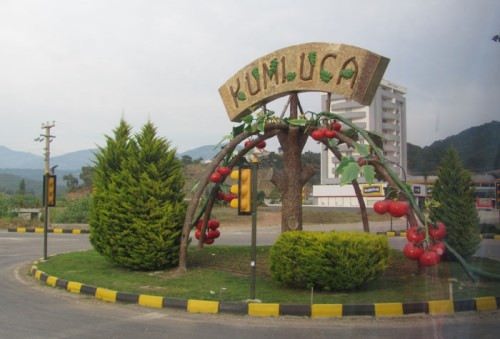 Monument to a tomato bush in Turkey 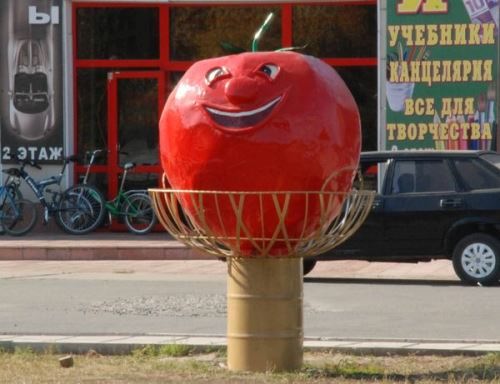 Monument to a tomato in Minusinsk, Krasnoyarsk Territory, Russia 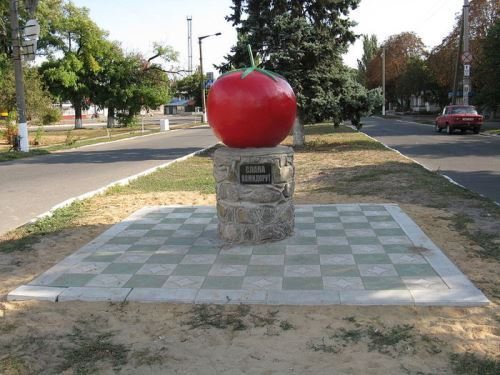 Monument to a tomato in Zaporozhye region, Ukraine 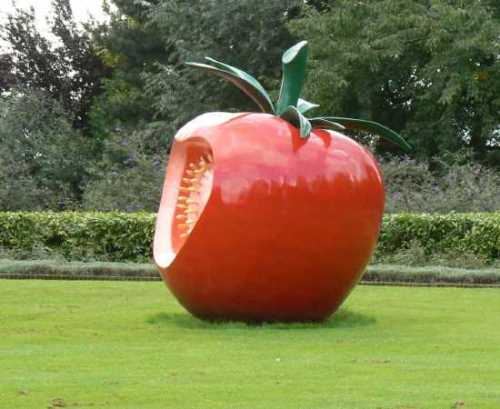 Monument to a tomato near Rotterdam, Netherlands 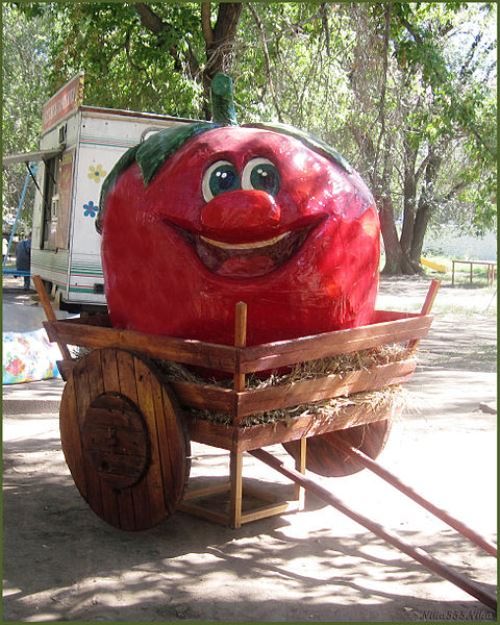 Monument to the tomato in Syzran