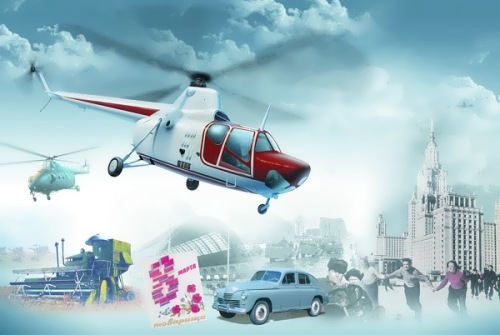 Although developed after the airplane, the helicopter grew out of an idea that is several hundred years old. In the late Renaissance, Leonardo da Vinci drew up a plan for such a flying machine. He made the first sketch of the helicopter with a brief description in 1489.
Three hundred years after Leonardo Mikhail Vasilyevich Lomonosov built the first model of the helicopter. It consisted of a fuselage and two screws rotate in opposite directions.
In the early 20th century experiments with vertical flight failed for lack of a powerful enough engine.
A French engineer named Paul Cornu designed and built a workable helicopter in 1907. It was powered by a 24-horsepower engine and actually flew for a few minutes. As a prototype it was interesting, but the design proved impractical, in subsequent years numerous other designers built helicopter-like machines. Some never got beyond the planning stage, while others flew for short periods.

The single-rotor helicopter designed and built by Igor Sikorsky in 1939 was the first successful such machine. Once he had established the principle, helicopter design and development progressed rapidly. By the 1960s it had become one of the most versatile weapons of war.
Igor I. Sikorsky’s VS-3 was America’s first practical helicopter and the first successful helicopter in the world to perfect the now familiar single main rotor and tail rotor design. The VS-300 was first flown (tethered) on September 14, 1939 and the first untethered flight was on May 13, 1940.
Testing continued, and on May 6, 1941 Sikorsky piloted the VS-300 to a new world helicopter endurance record of 1 hour, 32 minutes and 26 seconds. The VS-300 underwent several major configuration changes until December 8, 1941 when it was flown in its final configuration; a single main lifting rotor with full cyclic-pitch for both roll and pitch control and a single tail rotor for both directional control and anti-torque. On October 7, 1943 the VS-300 was presented to Henry Ford and his Edison Museum in Dearborn, Michigan. During her career the VS-300 had logged 102 hours, 35 minutes and 51 seconds.
The development of the VS-300 established the concepts and principles that were utilized in the design of the VS-316 (R-4), the world’s first production helicopter. Thus began the world’s helicopter industry. 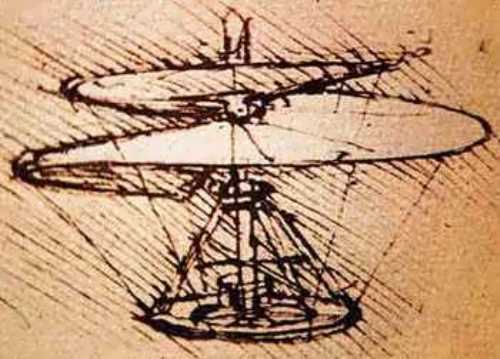 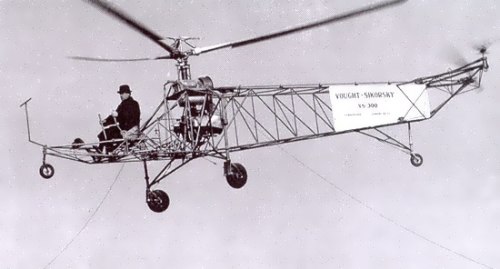 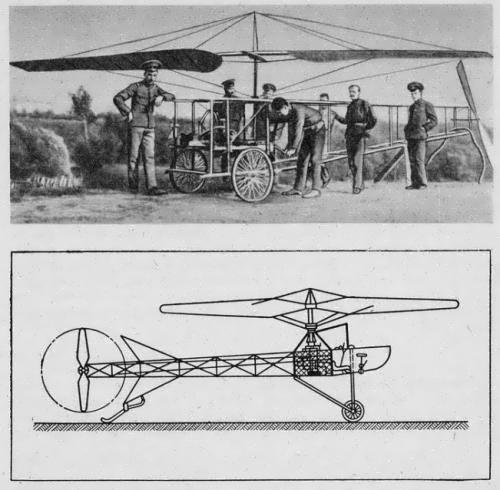 Helicopter by Yuriev and its project 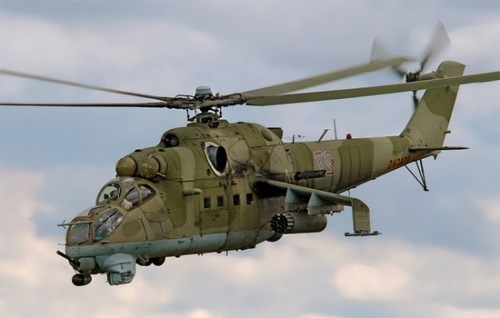