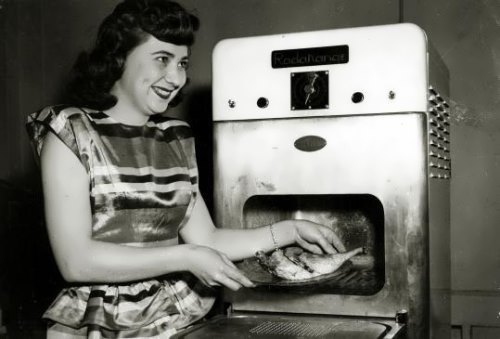 Shortly after the end of World War II, Percy Spencer, already known as an electronics genius and war hero, was touring one of his laboratories at the Raytheon Company. He stopped momentarily in front of a magnetron, the power tube that drives a radar set. Feeling a sudden and strange sensation, Spencer noticed that the chocolate bar in his pocket had begun to melt.
Spencer, who obtained 120 patents in his lifetime, knew how to apply his curiosity. So he did what any good inventor would – he went for some popcorn. Spencer didn’t feel like a snack, he asked for unpopped popcorn. Holding the bag of corn next to the magnetron, Spencer watched as the kernels exploded into puffy white morsels.
From this simple experiment, Spencer and Raytheon developed the microwave oven. The first microwave oven weighed a hefty 750 pounds and stood five feet, six inches. At first, it was used exclusively in restaurants, railroad cars and ocean liners – places where large quantities of food had to be cooked quickly. But culinary experts quickly noticed the oven’s shortcomings. Meat refused to brown.

French fries turned white and limp. To make matters worse, Raytheon chairman Charles Adams’ cook quit be-cause Adams demanded he prepare food with a microwave oven. In fact, it took decades after the invention of the microwave oven for it to be refined to a point where it would be useful to the average consumer. Today, Percy Spencer’s radar boxes melt chocolate and pop popcorn in millions of homes around the world. 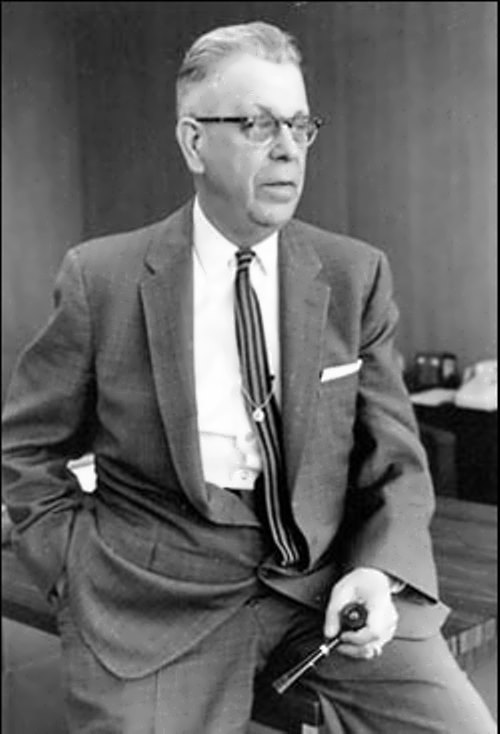 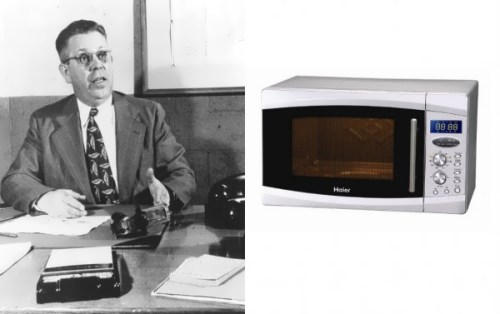 Percy Spencer and his invention 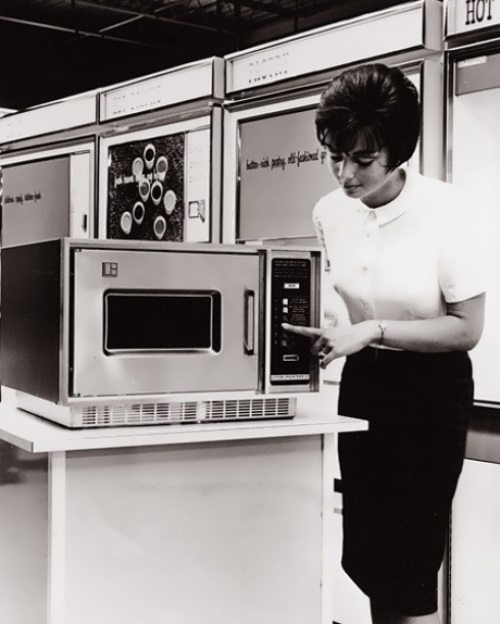 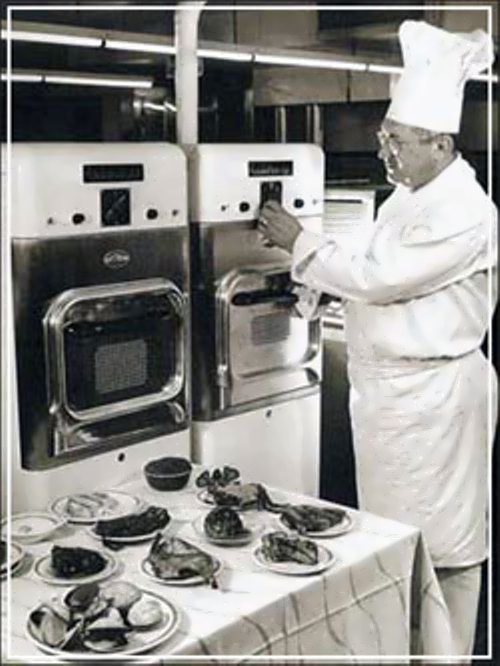