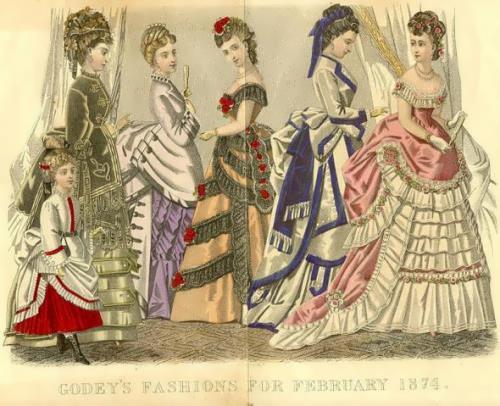 Let’s talk about clothing and cosmetics, which could harm health or even kill people in the Middle Ages, the Renaissance and modern times.
People are neglecting their health for the sake of their looks. And we used to think that it is the tendency of the XXI century. Now women and men often visit plastic surgeons to look better. However, they always came up with a lot of other entertaining ways to hurt themselves, and sometimes others. They used everyday objects.
Corset: death by suffocation
At the beginning of the XX century Paul Poiret and Coco Chanel unlaced women from corsets.
A lot of European women suffer from corsets. The degree of fanaticism at different times varied as the representation of an ideal beauty.

In the previous century if your waist was 60 cm you was a slim girl. But at the end of the XIX century the wasp waist was 33 centimeters! It was because of the popular French singer-actress Pauline Poehler who reached perfection. For example, Dita Von Teese removed the pair of ribs surgically.
But when there was no plastic surgery women had to wear corsets to look beautiful. They suffered from internal organ deformation, lung volume reduction and sometimes they weren’t able to bear a child. And they constantly fainted.
When corsets appeared in the 12th century they were worn by men, not by women. Only two hundred years later women started to adapt them — they wore corsets over their dresses and laced them at the front. When wasp waists came into fashion, ladies began hiding corsets under their clothing.
Alongside with corsets there were special padded doublets which made men seem more muscular.
Corsets did not disappear completely. The profession of corsetiere still exists, but today’s women will probably wear a boned’ dress for a few hours at a party, not for the whole day. 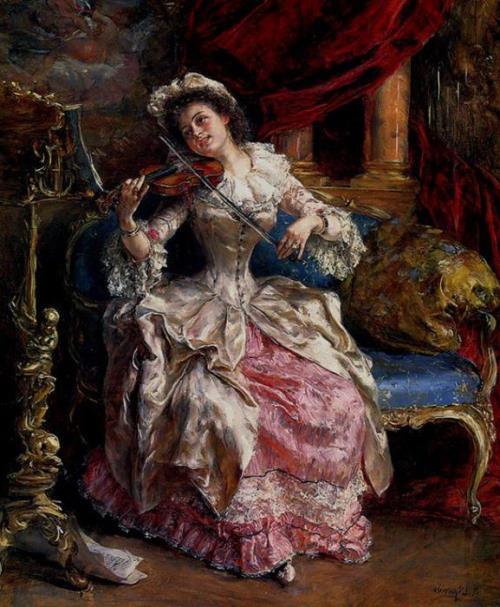 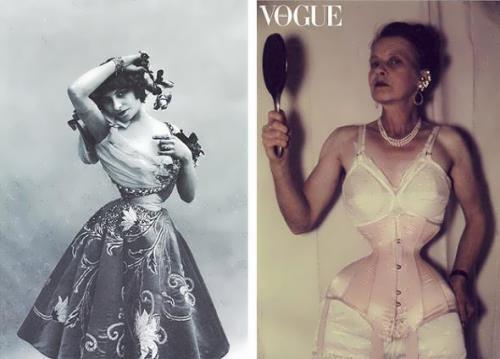 Powder and stuff for depilation: death by poisoning
In the XVII-XVIII centuries, besides wasp waist, pale face considered to be an aesthetic perfection. There were no tone creams, but people had the lead and zinc oxide, arsenic and vinegar, which they had to drink. So ulcers appeared on the skin, but it was as white as snow.
They used a mixture of lime and arsenic for depilation. 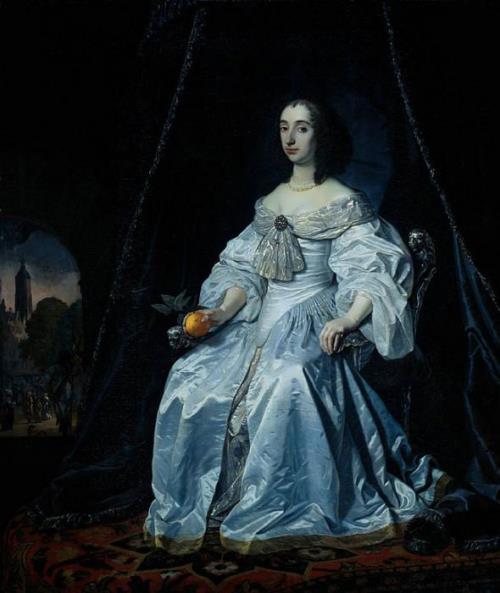 Emerald-green fabric: death by poisoning
Shimmering green colors were very popular in the Victorian era. They used arsenic to create such colours. Not only noble ladies suffered from such dresses, but also dressmakers and textile workers. It was dangerous even to sweat – secreted sweat absorbed again into the skin with poison. 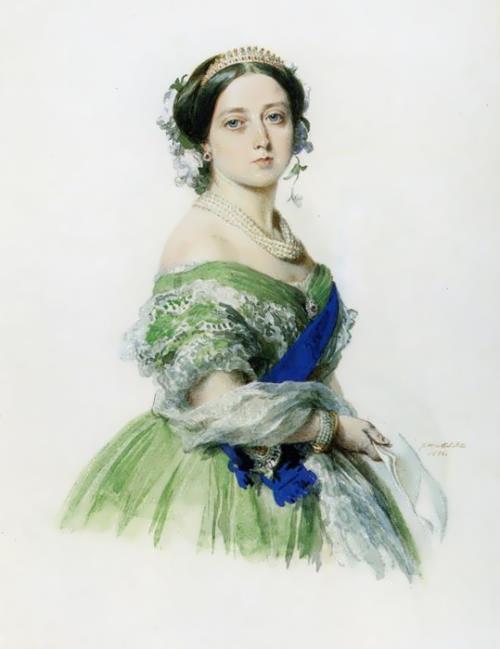 Crinolines: Chance to be burned alive
Crinolines were popular in the XIX century in England. From 1860 to 1870, about 3,000 women were killed by “crinoline fire”.
However, once crinoline saved a life. In 1885 The Times published an article about a woman who jumped off the bridge and survived thanks to crinoline, which played the role of a parachute. 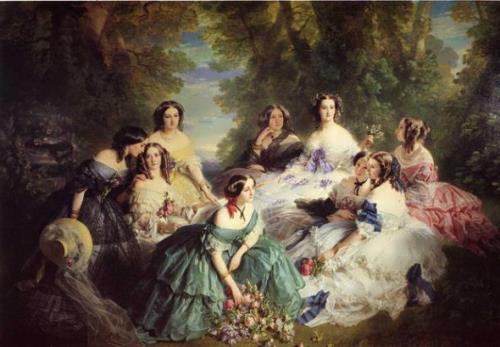 Belladonna and nightshade: loss of vision
To have a meaningful look people often dripped nightshade or belladonna into their eyes: pupils dilated and “mysterious” shine appeared. The method often led to hallucinations and blindness. In ancient Egypt they used antimony sulphide.
Bandaging and chest constriction with metal plates: deformation of breast
In the Middle Ages the Church greatly influenced on beauty standards. The art was inseparable from religion, so we can easily track the ideals of beauty of the past. The heroine of the Middle Ages had tiny hands and feet, high forehead, round belly, blonde hair, a flat chest. To make the girl’s chest flat they overtightened it with metal plates since childhood. 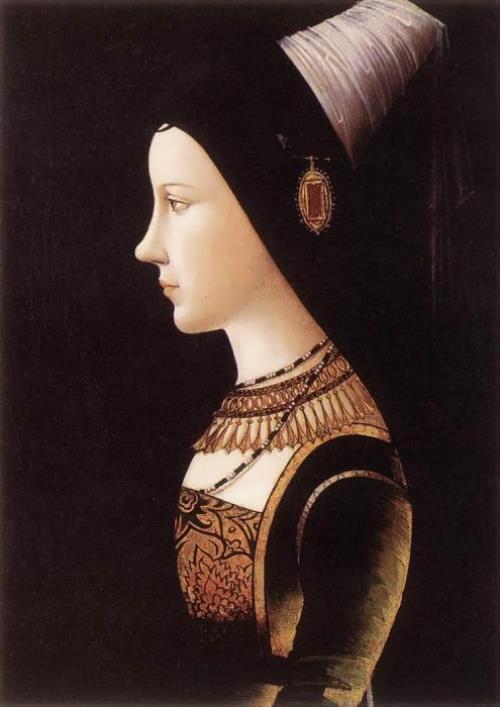 Wigs: death from infection
In the fourteenth and eighteenth centuries wigs were very fashionable. Sometimes they were too big, so many rodents lived there) Very romantic. You are dancing with a beautiful lady and a big rat jumps on your head. 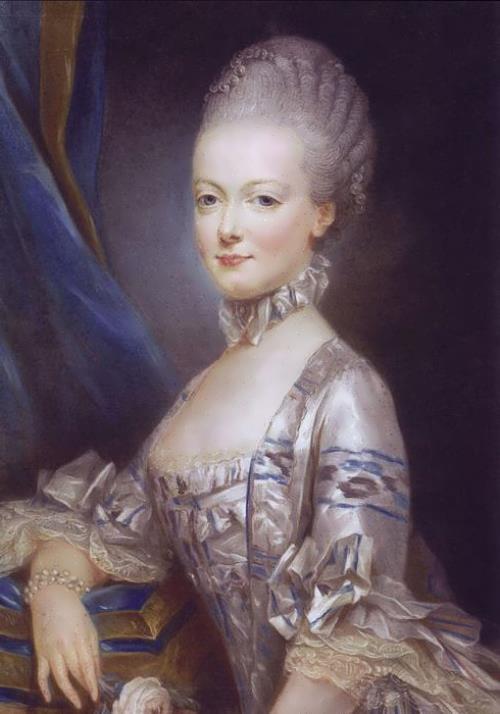 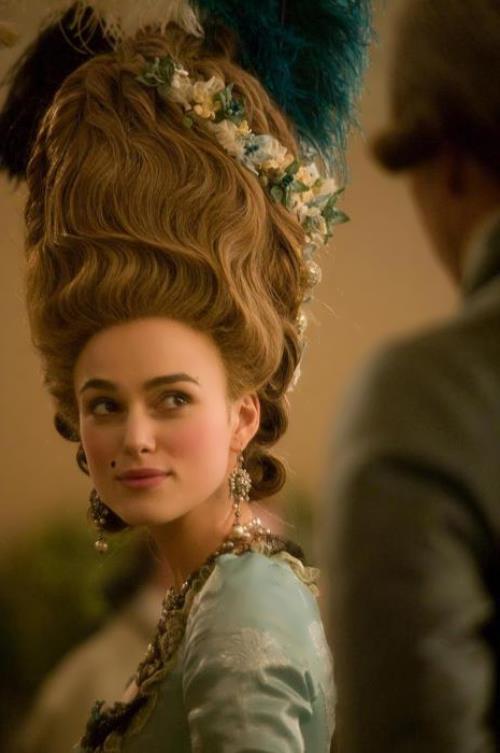 Cylinder hat: death by poisoning
Since Middle Ages many hats were trimmed with beaver fur: cocked hat, French chevalier’s wide-brimmed hats, ladies’ hats for riding, top hats and others. Few people thought that fashion accessory could lead to premature death. And this time, the victims were mostly men. Manufacture of hats used mercury in the process of felt making.
They say that Mad Hatter in “Alice” was suffering from mercury poisoning. 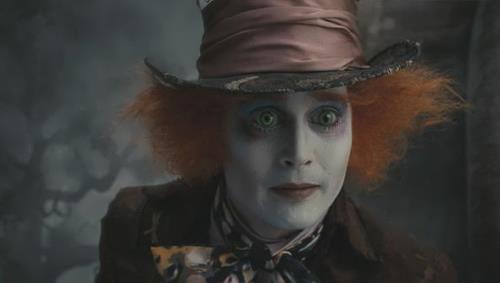 Johnny Depp as the Mad Hatter in Alice in Wonderland by Tim Burton, 2010 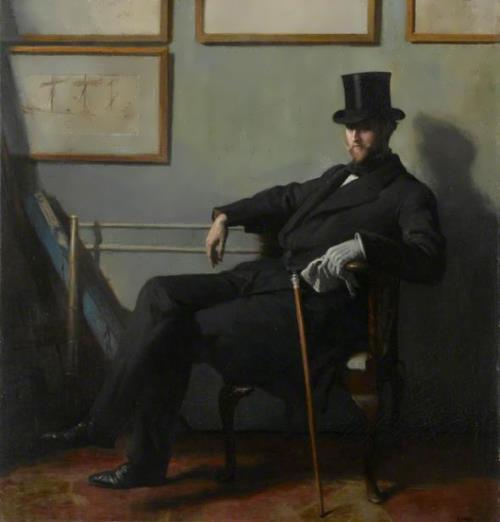 Despite of all your complexes you should remember that you have only one body and it should be protected.
Source: nnm.me/blogs/lapushka_/veshi-ubiycy/