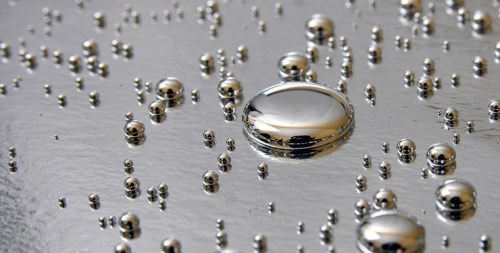 Mercury, or “liquid silver”, is known to man since ancient times and is the only metal that is in liquid state at room temperature. Alchemists considered mercury to be an integral part of all metals, the “mother of metals”.
Mercury is found in the form of small drops, occasionally in large clusters. Because of the fluidity and silvery brilliance, the Romans called mercury argentum vivum, “living silver”, and hydmgirum, “silvery water”. The chemical symbol of mercury is Hg. Alchemists called it mercury by the name of the Roman god Mercury, famous for the speed of movement. Mercury was mentioned in the works of Pliny and Theophrastus and was widely used by the Greeks in the Peloponnesian War. The Phoenicians used mercury to produce gold.

In the Middle Ages, mercury was a metal-totem for alchemists. In the 15th century, European dyers used cinnabar (the main mercury mineral) to produce red natural pigment. Since the XVI century, mercury has been used to produce the so-called American silver, amalgam. With the birth of chemistry, the properties have been thoroughly studied, and today this metal is actively exploited by the scientific community.
Mercury has a silvery white color and a very strong luster. It is extremely heavy. At a temperature of -39° C, it turns into a solid state and boils at 350° C, releasing highly toxic fumes. It is used to make thermometers, pressure gauges, batteries, mercury-vapor lamps.
The main compound of mercury in nature is cinnabar. To extract mercury from it, cinnabar is calcined with hot air at a temperature of 600°C.
Mercury was widely used for making mirrors, but later it gave way to tin and other materials with high reflectivity.
Despite the toxicity of mercury vapor, this metal was widely used in medicine. Arabs in the I millennium treated skin diseases. Paracelsus treated syphilis with small doses of poisonous mercury vapors and mercury ointments. Such methods of treatment gave good results, but their abuse led to death. Today, mercury salts are used as a laxative, antiseptic and diuretic. 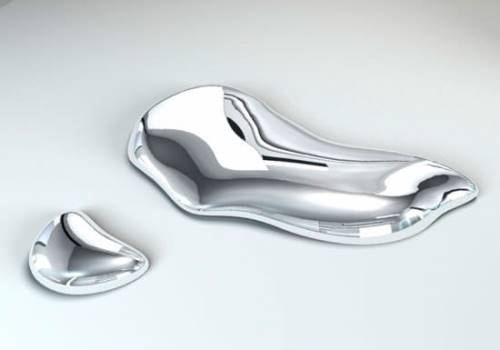