« CN Tower in Toronto
Umbrella – protection from sun and rain »

The myth of a great flood – a terrible catastrophe, sent by divine power in time immemorial to destroy human civilization – is widespread among dozens of peoples of the world. The most famous of these myths are the biblical story of the Flood and Noah’s Ark, the Hindu legend of Manu, the tale of the Deucalion Flood in Greek mythology, the Babylonian myth of Utnapishtim in the Epic of Gilgamesh.
The earliest existing legend of the Flood appeared in the Ancient Sumer. The text of the Sumerian flood poem, dated to the 17th century BC. It was found during excavations of the city of Nippur and in 1914 it was published by Arno Poebel. The poem tells how the god Enki warned the king-priest Ziusudra about the decision of the gods to destroy mankind. Enki ordered the king to build a large boat. The flood lasted seven days and seven nights, after which Ziusudra left his ship and sacrificed bulls and sheep. Then the hero was instructed to populate the land again.

Of course, we are most familiar with the version of the Flood legend from the biblical Book of Genesis, which historians date back to 1450 BC. The Flood, according to the Bible, was God’s punishment for the moral fall of mankind. God decided to save only righteous Noah and his family. He ordered Noah to build an ark and take two of all flesh. The water covered the tops of the highest mountains. After 150 days the water began to decrease, and finally the ark came to Mount Ararat. Noah released a raven, and then a dove to find out if there was a place free from water. Then his family and animals left the ark. Noah offered to God a sacrifice, and God placed the rainbow in the sky as a sign that He would never destroy the Earth by the flood again. God blessed Noah, his descendants and everything on earth. 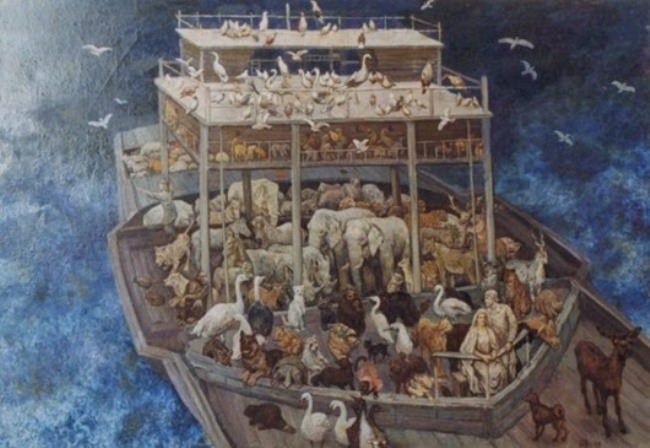 The version of the flood similar to the biblical version is also in the Quran. However, there are differences. According to the holy book of Islam, one of the four sons of Noah and his wife refused to enter the ark, thinking that the flood would not touch them. According to this version, the ark fell near one of the mountains on the territory of modern Iraq.
The ancient Greeks believed that there were three floods. Plato believed that there were many floods. 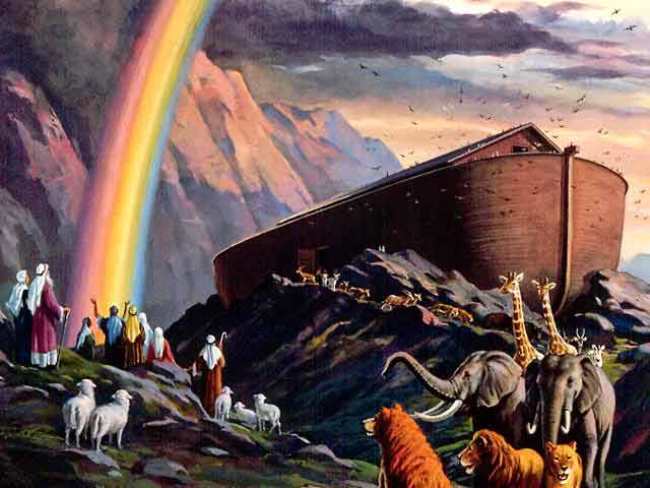 Legends and myths about the flood were recorded among the peoples of Babylonia, Palestine, Syria, Phrygia, India, China, Burma, Vietnam, Taiwan, the islands of Indonesia, the Philippines, the Andaman Islands, Kamchatka, New Guinea, Australia, the islands of Melanesia, Micronesia and Polynesia, Indian tribes from Tierra del Fuego to Alaska. However, such legends are almost never found among the peoples of Africa.
Mount Ararat, where, according to the Bible, the ark came, is a national symbol of Armenia, although, it is located on the territory of modern Turkey. The height of the mountain is 5165 meters above sea level, it is one of the highest peaks in the world. 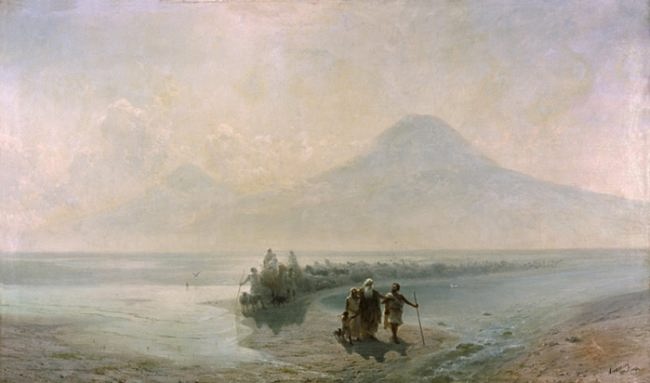 In 1916, Russian aviator Roskovitsky managed to see the contours of a huge ship during flights over Ararat. Forty years later the French mountaineer Fernand Navarra brought a piece of board from the Ararat expedition. The radiocarbon analysis of the French board showed that it was more likely a contemporary of Christ or Julian the Apostate.
However, Ararat is considered only one of the places where Noah’s Ark can be located. Another place is located 30 km to the south, Mount Tendürek. Turkish pilots managed to photograph an object, which also looked like ship. The American Ron Wyatt found fossils that looked like ship beams. 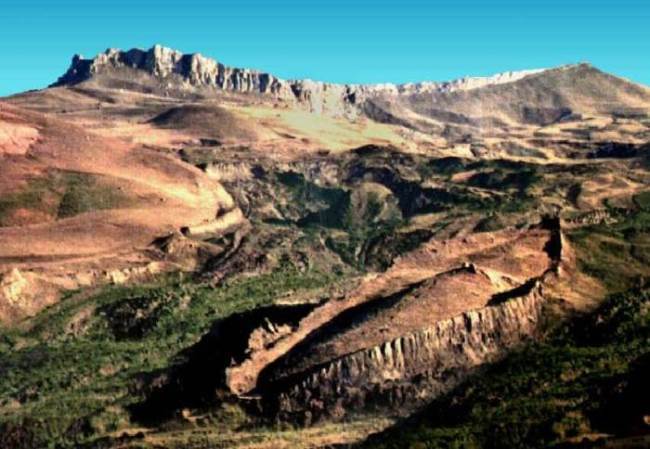 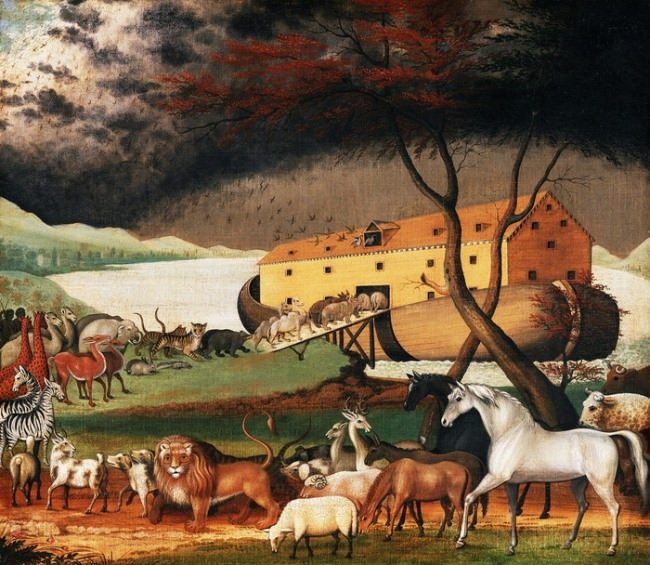 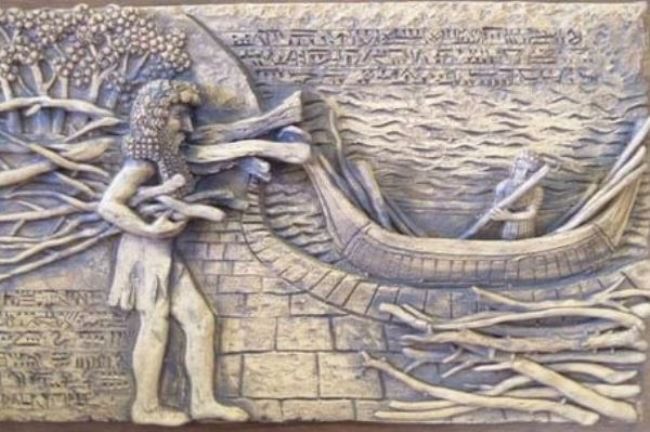 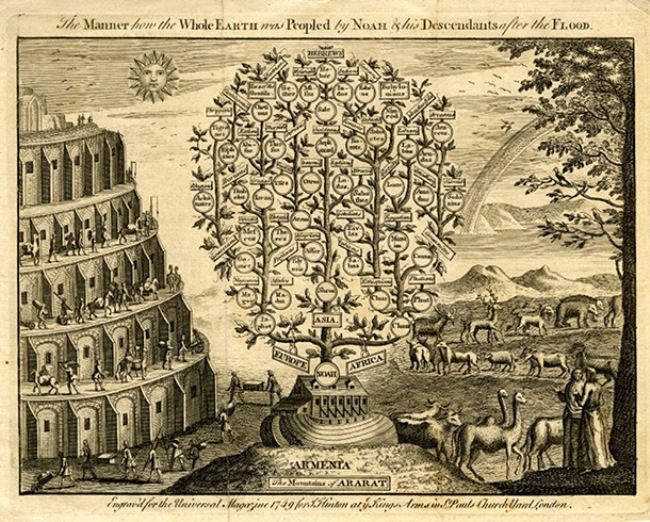 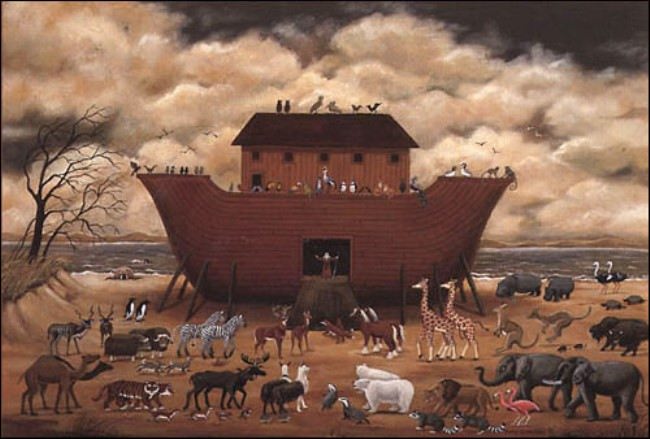 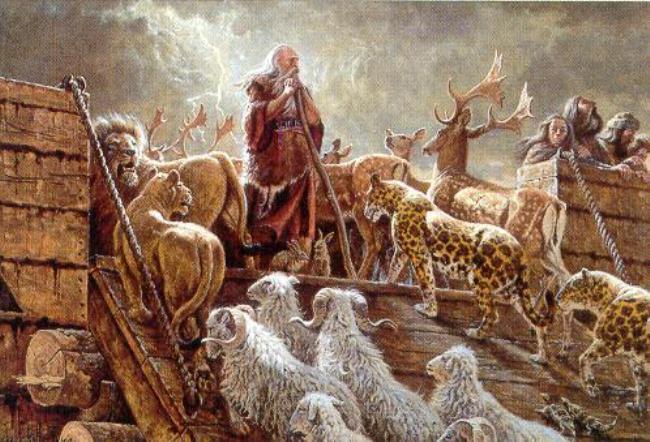 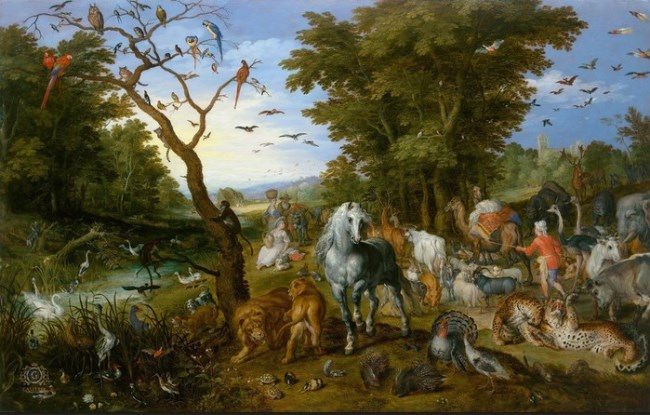 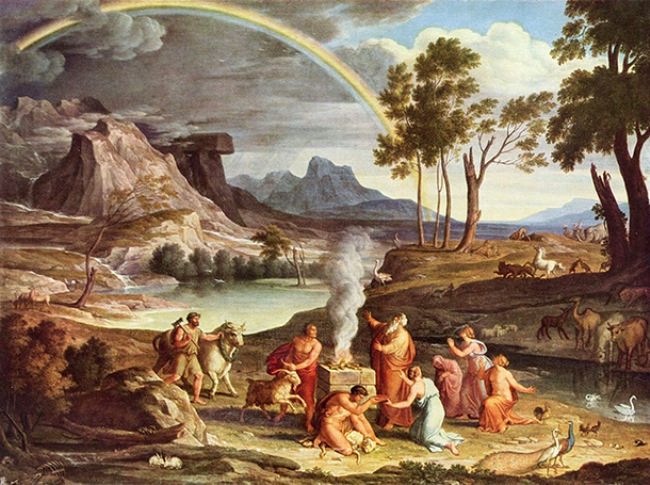 Joseph Anton Koch. Landscape with the Sacrifice of Noah, 1803 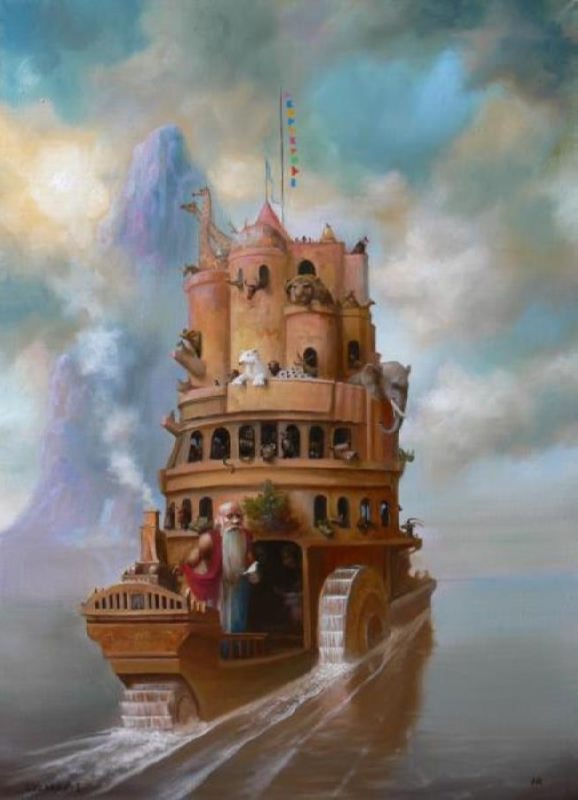 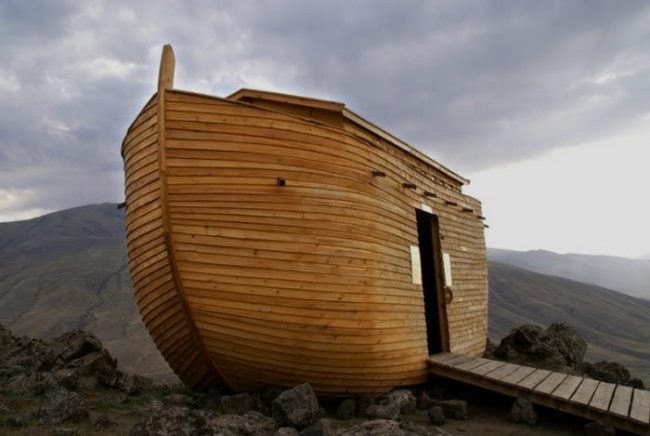 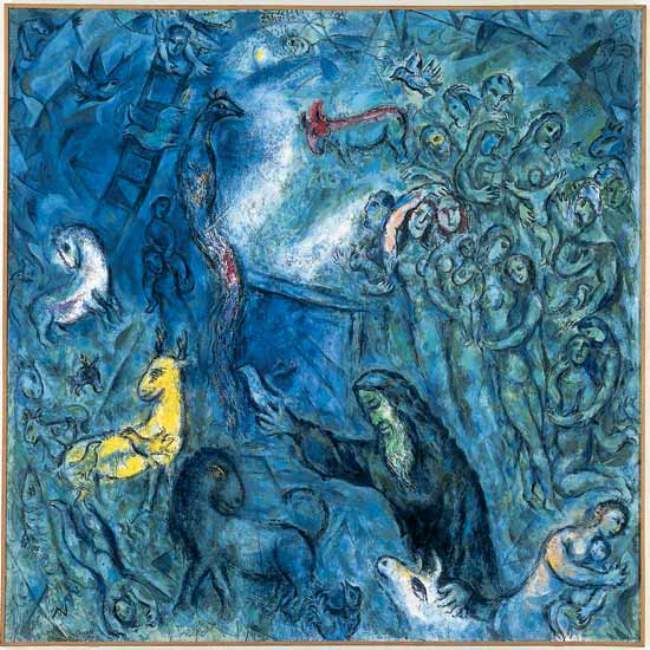 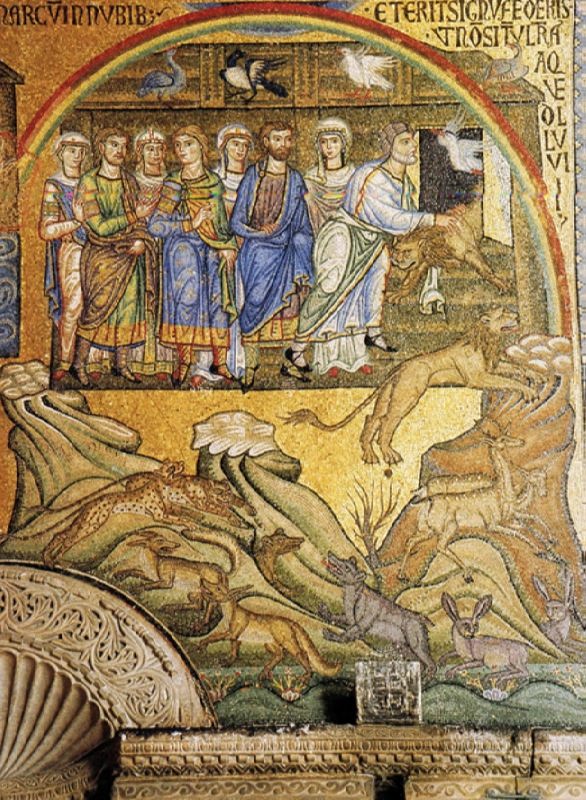 Mosaic from St. Mark’s Cathedral. Noah and the family come out of the ark 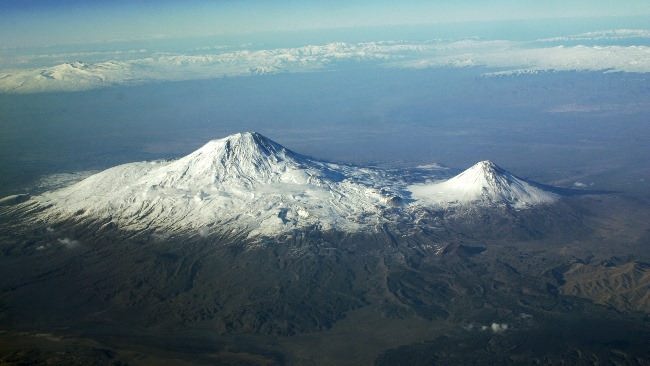 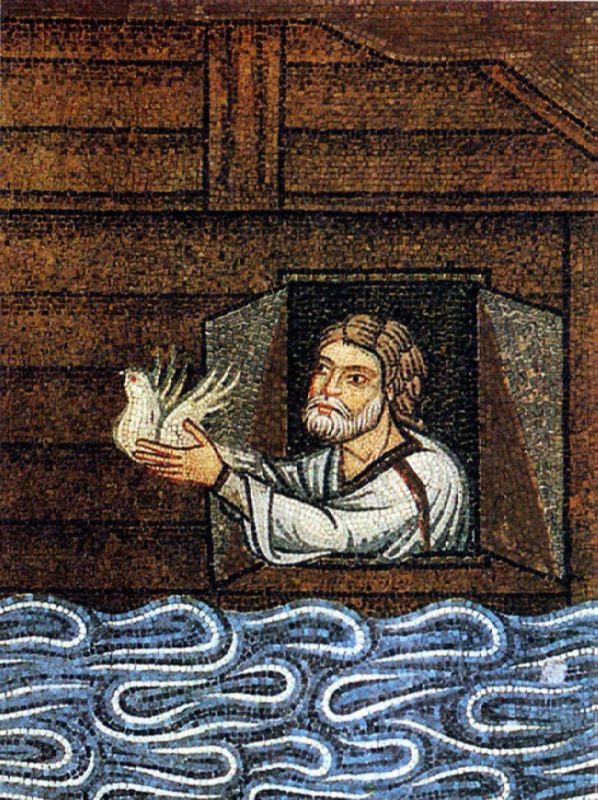 Noah lets the dove out of the ark. Fragment of the mosaic, XII – XIII centuries. Venice, St. Mark’s Cathedral 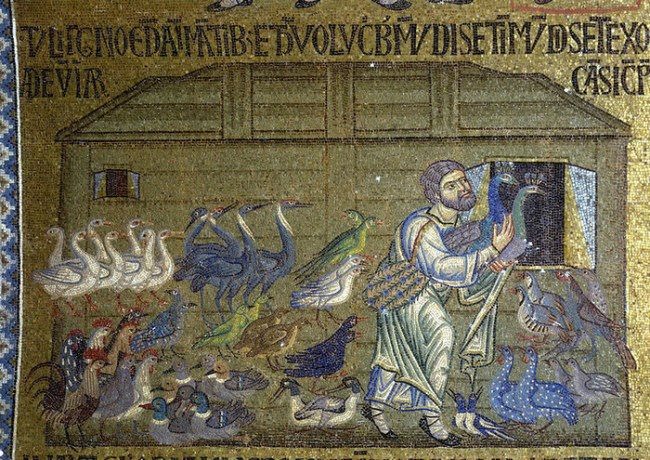 Noah takes animals to the ark 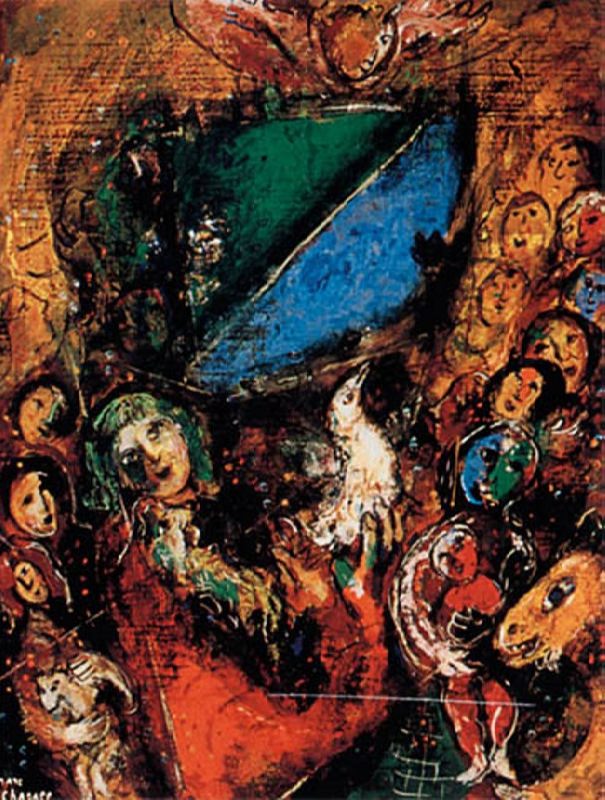 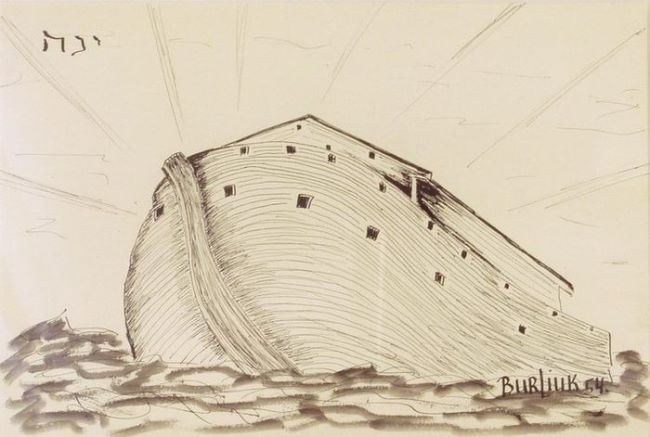 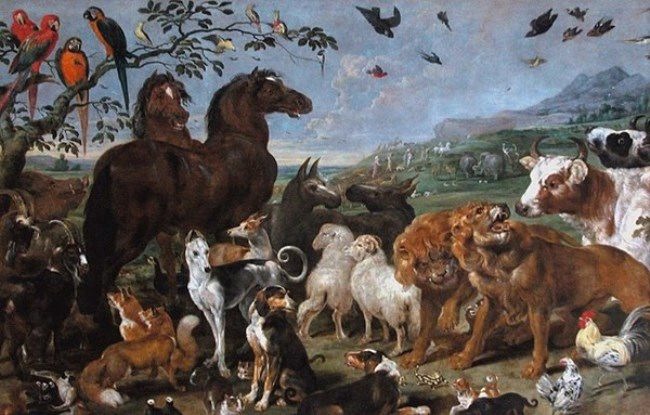 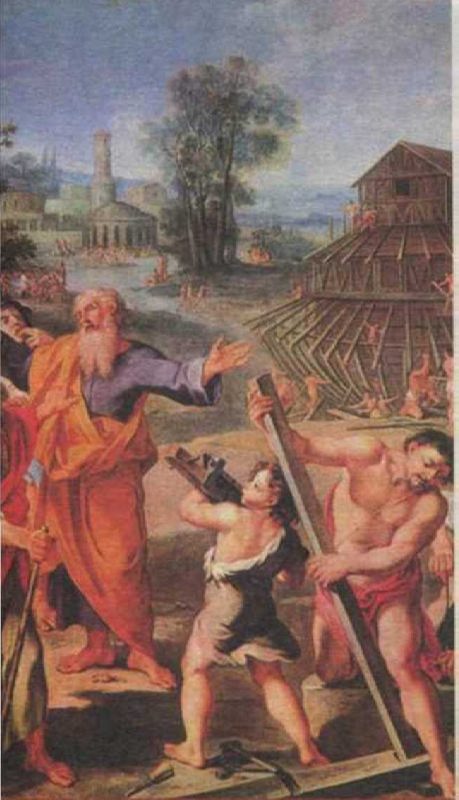 Picture of an unknown artist. Construction of Noah’s Ark. 1675 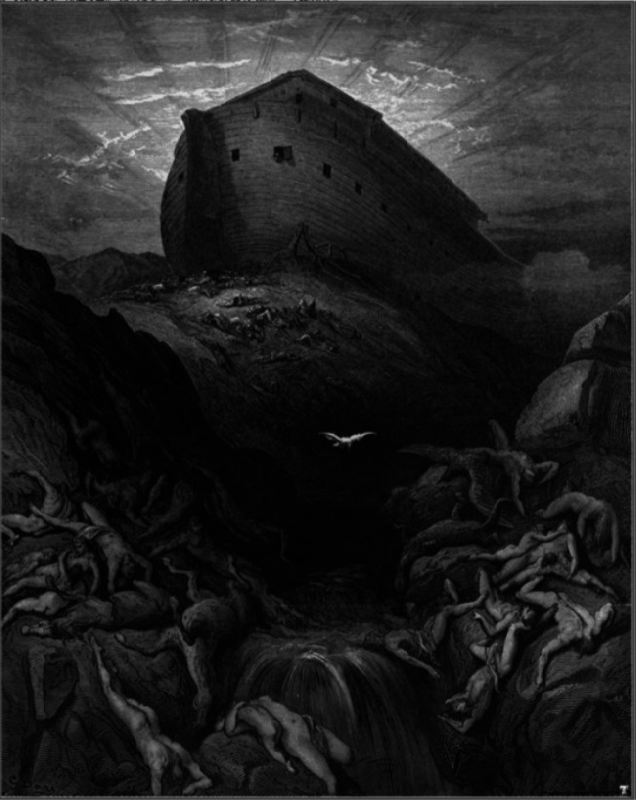 Righteous Noah lets the dove out of the ark to the ground. Engraving by Gustave Dore 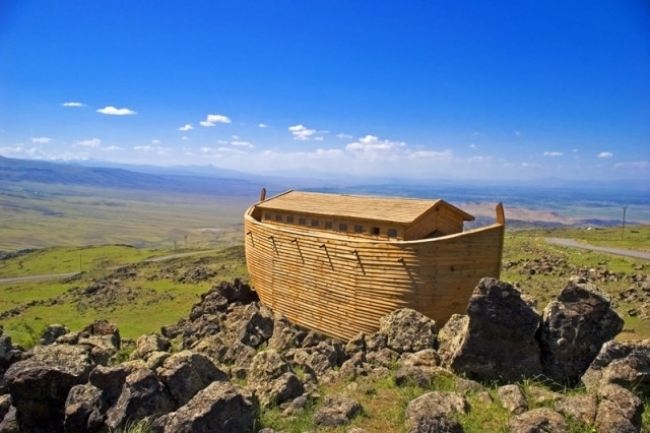 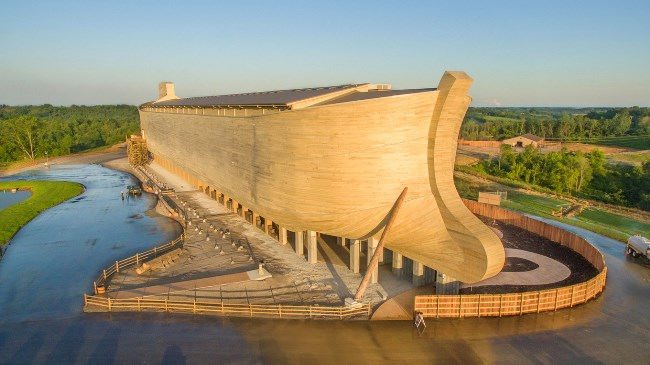 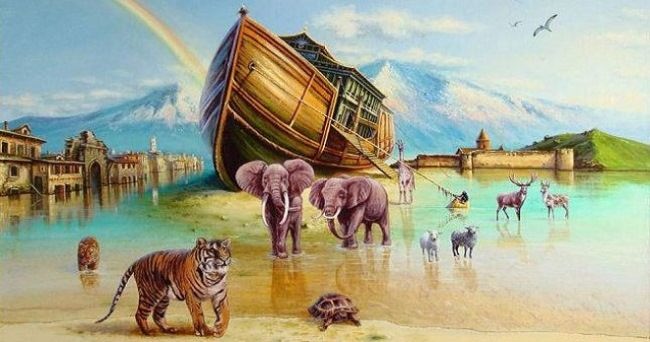