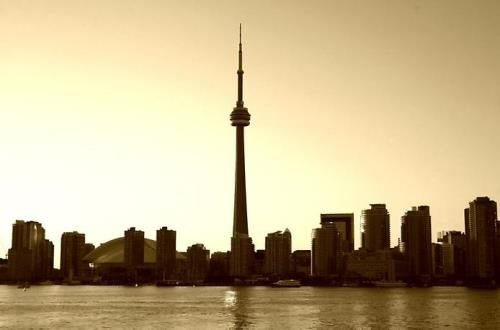 In Canada CN Tower is considered a symbol of the country, it is admired, it is photographed, it is proud of. Every year, two million tourists visit the TV tower. At 350 m, or even at 450 m a magnificent panorama of Toronto can be seen.
The tower together with the antenna is not very high – 553 m, only a couple of tens of meters higher that the Ostankino TV tower in Moscow. But in 1975, when it was erected, it became a record holder, it was the national triumph of Canadians. It took them only 40 months to build the Tower.

The initiator of the erection was, oddly enough, the Canadian National Railway. The fact was that television interference was on the screens of almost all TVs in Toronto, and the reason for this was high buildings and a nearby railway. To get rid of interference, it was necessary to build a high TV tower. They decided to make it the highest in the world, so that it became not only a symbol of the city, but also of the country. 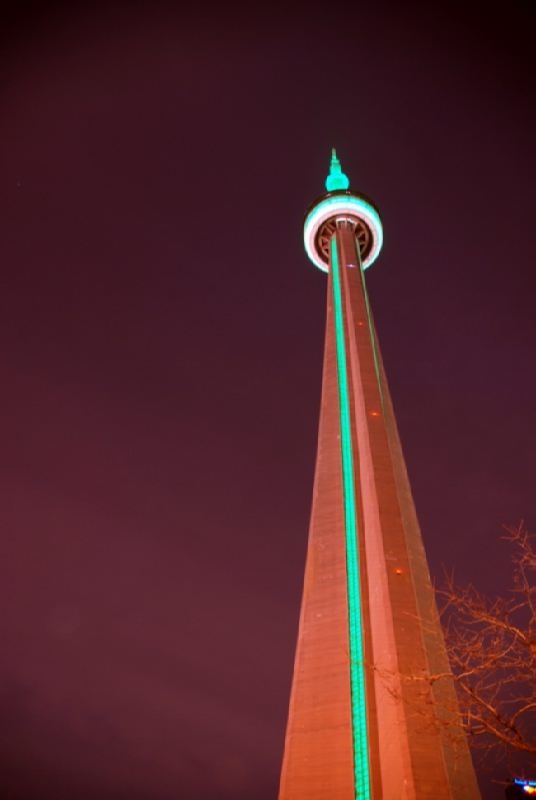 Specialists from Toronto traveled to different cities of the world, primarily to the US, to study the construction of high-rise buildings, to find out the strengths and weaknesses of stressed concrete, to choose the most suitable form for the tower.
The construction began on February 6, 1973. The preliminary cost of the works was $ 57 million. About 1500 people took part in its construction. For the tower, high-quality concrete was made, it was poured into gigantic shapes and, without waiting for hardening, raised higher and higher. The tower grew 6 m a day. Concrete was used up to a height of 450 m, then the tower was built up with steel masts. Sikorsky helicopter cranes helped in the work. In total, the whole structure weighs 130 thousand tons.
In the tower there are four elevators, they “take off” at a speed of 350 m per minute. If you want to go down on foot, there are 2570 steps. 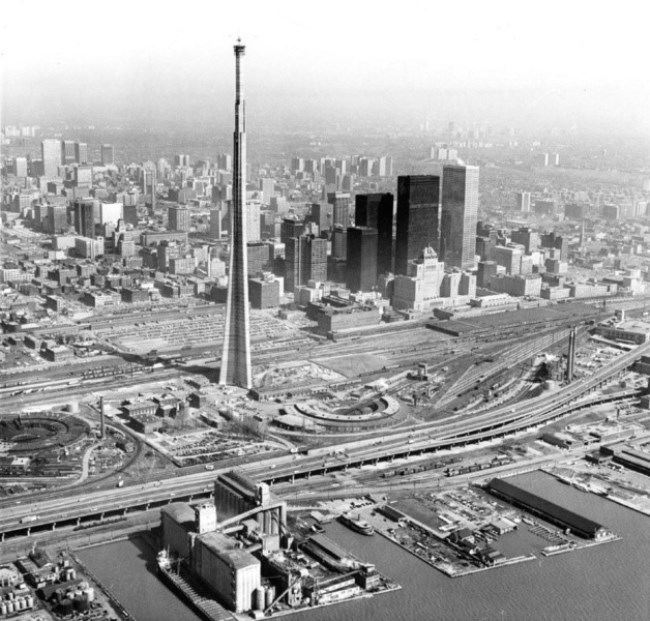 Initially the abbreviation CN stood for Canadian National (since the building belonged to Canadian National Railway Company), however, in 1995 the tower was purchased by the Canada Lands Company (CLC). Residents of Toronto wanted to keep the former name of the TV tower, so now the abbreviation CN officially stands for Canada’s National. The tower is used for telecommunication needs. 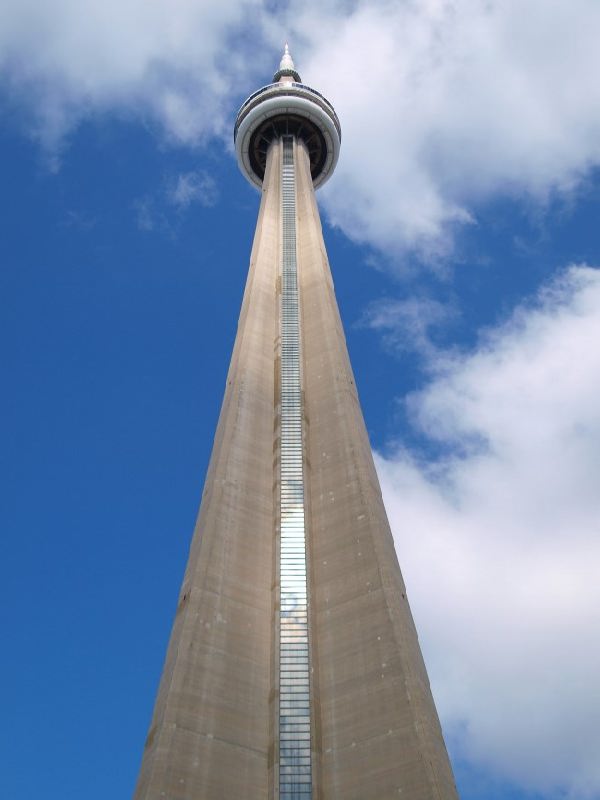 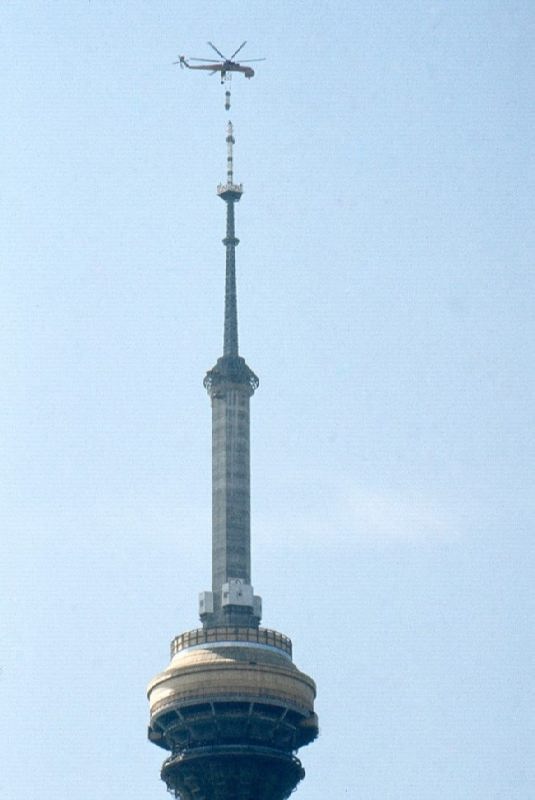 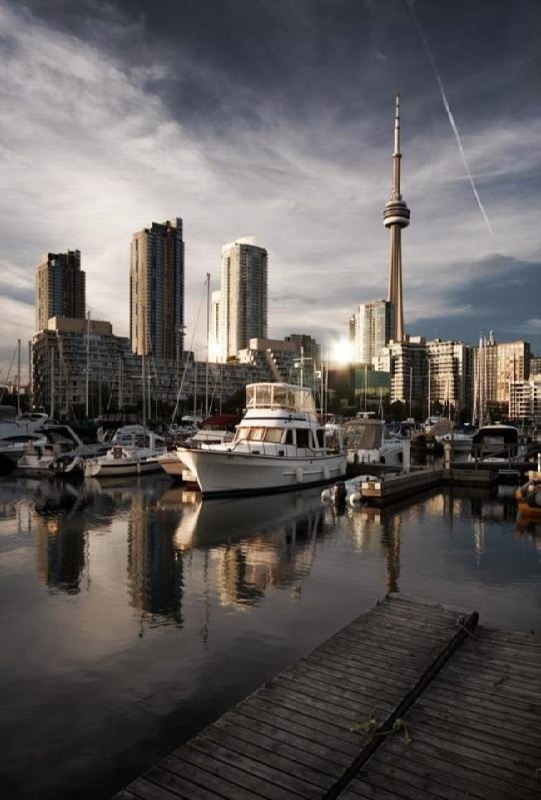 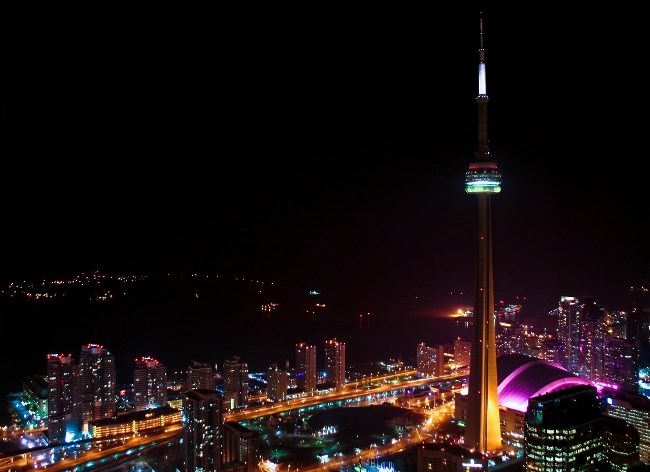 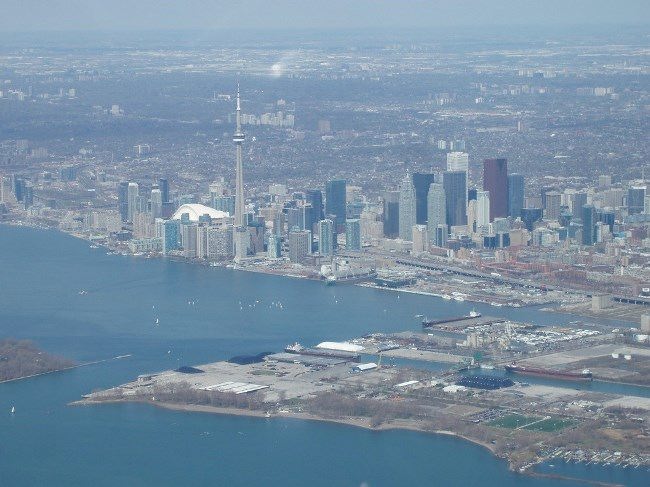 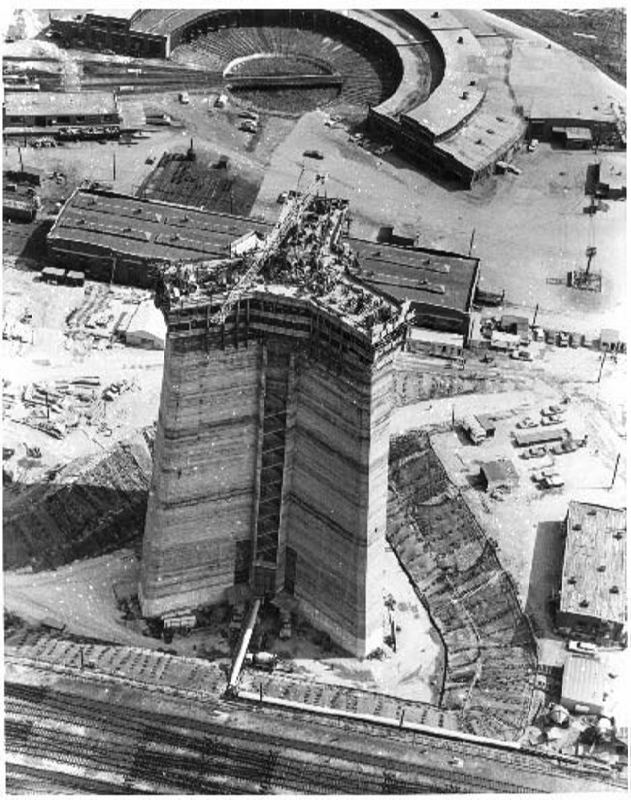 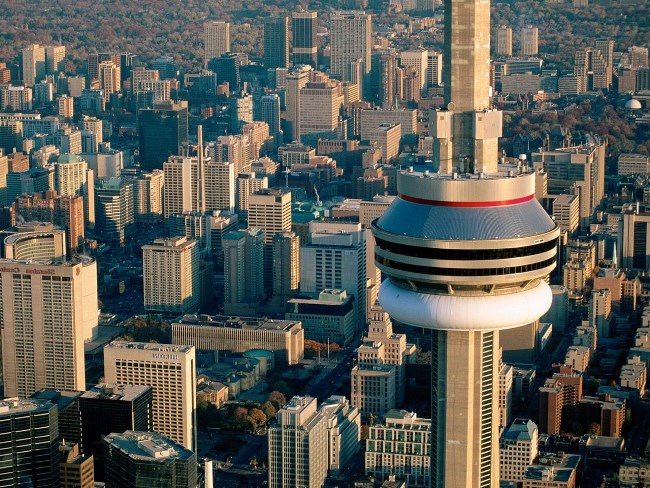 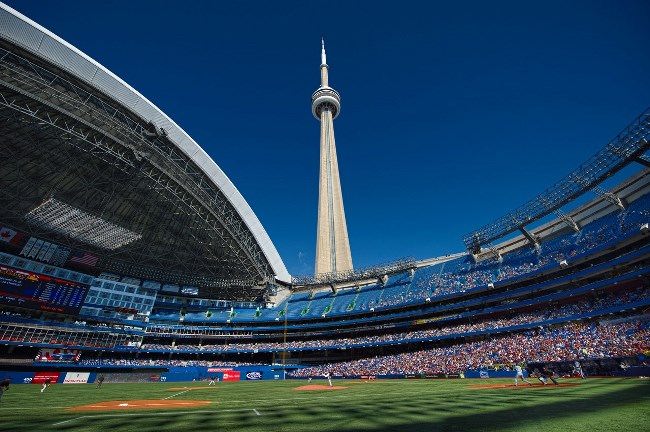 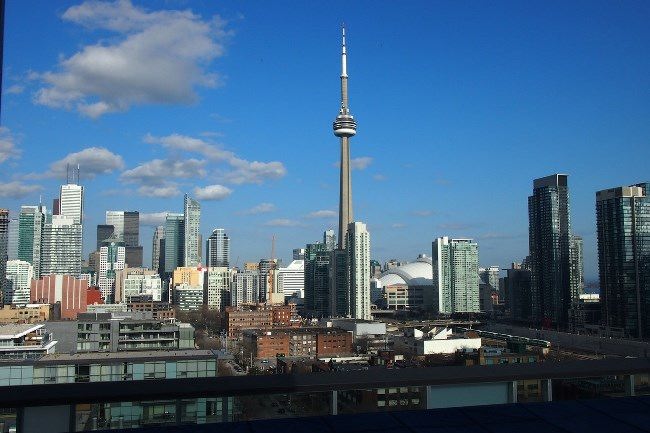 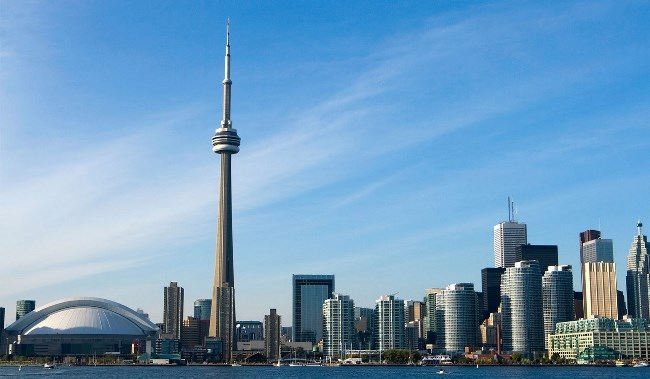 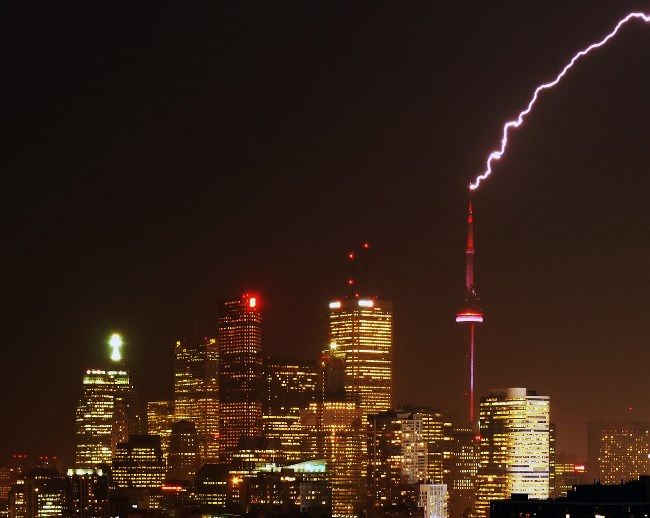 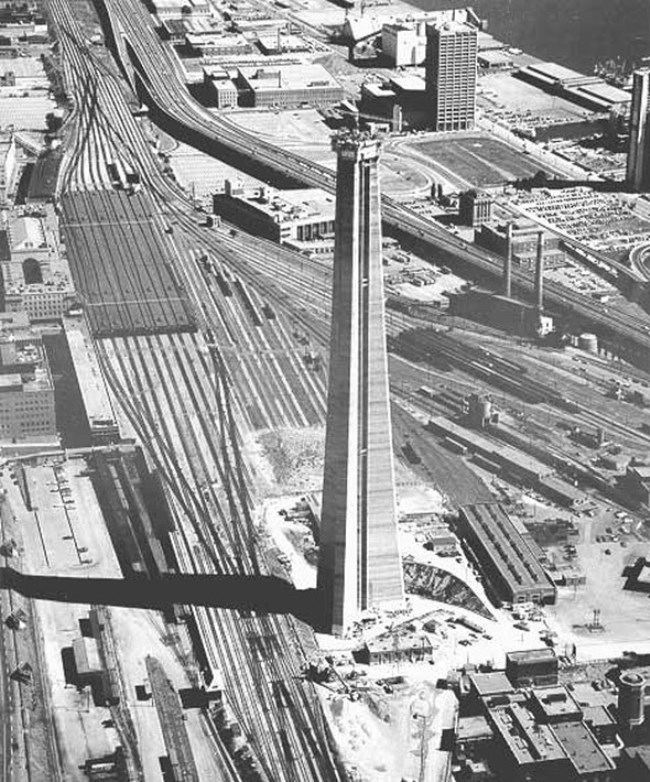 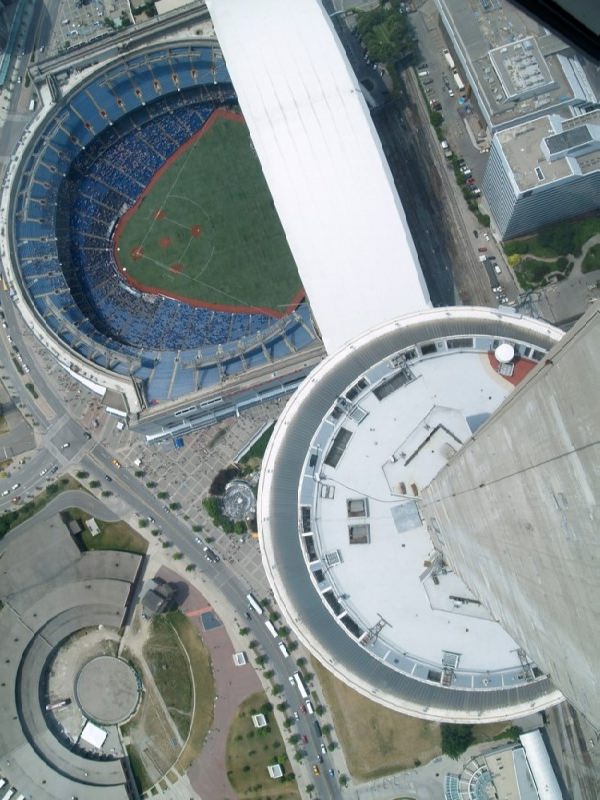 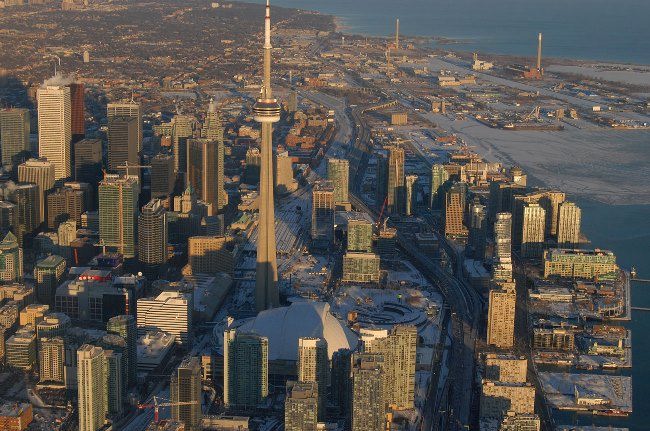 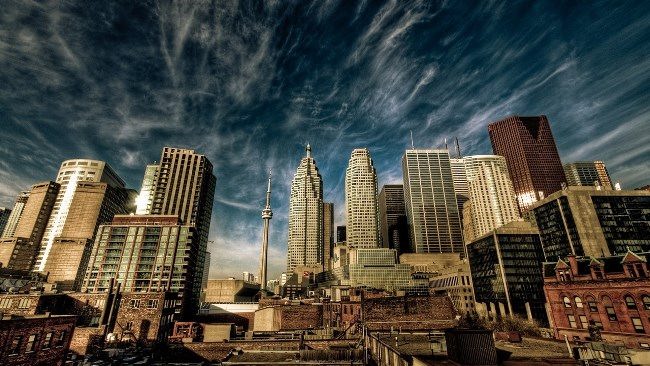 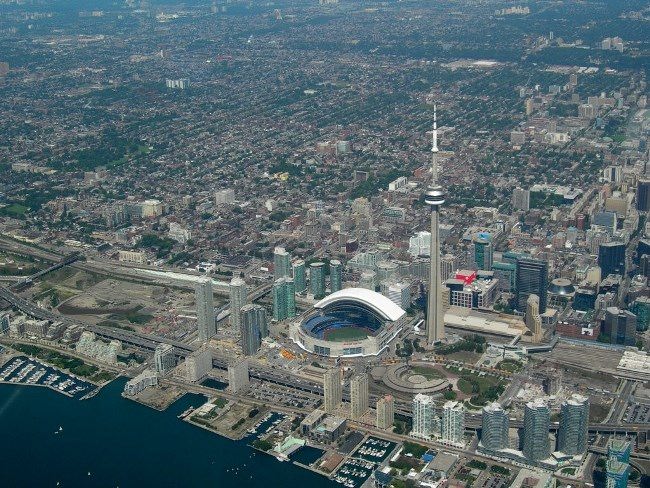