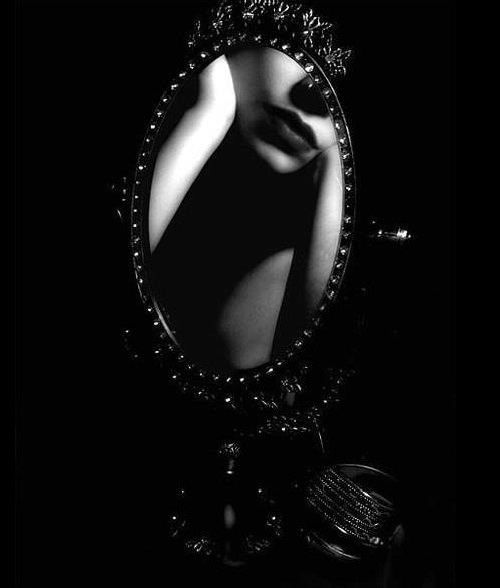 In fact, different cultures have different perceptions of color objects. And the most ancient colors first appeared in human culture, are white, black and red. However, Black color is “the absence of color”: completely absorbs all colors, without releasing them into the outside world. The black color is paradoxical: associated with infinity, with silence, with the women’s vitality, evokes a sense of mystery, security and comfort. Indeed, Black – is something special. It is a synthesis of all the colors, and this fact gives the black color special, magical powers, the ability to dominate and aggressive power.

Sometimes black is used as a symbol of the threat and evil, and in religious terms – as a sign of the devil, but still black color is mostly considered an indicator of power and authority. In art and literature black often symbolizes the betrayal and treachery (for example, a character like Dracula, wearing black) as well as associated with witchcraft and otherworldly forces.

Since ancient times, black color caused mixed feelings. For primitive people carrying the coveted black night rest, rest from the struggle for existence. Night hid them and made less vulnerable than in the daylight. Under cover of darkness they could rest and regain lost strength.

Black comedy – a play or a movie with a sardonic, twisted sense of humor. The black comedy shows us the dark, cruel and brutal world of violence and corruption. A classic example of a black film can serve a “Maltese Falcon” with Humphrey Bogart. Today, black films can be called “Chinatown” with Jack Nicholson and Faye Dunaway and “Secrets of Los Angeles” with Kim Basinger. The scenes are full of dark shadows and sharp contrasts of light and shadow. 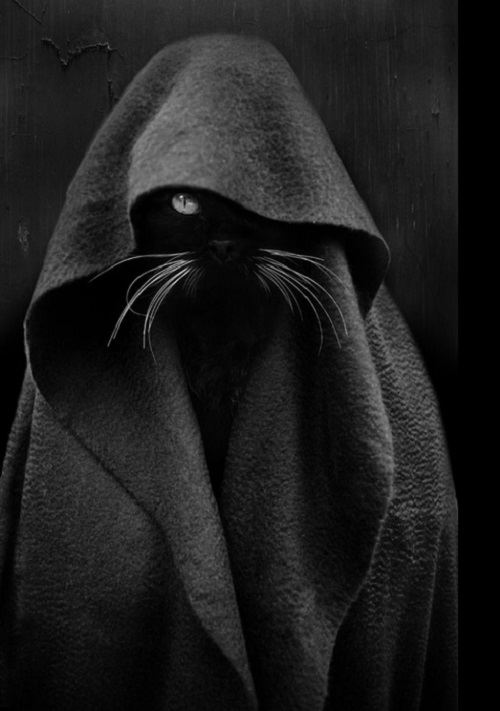 For centuries, black clothing symbolized the rejection of the sensual life of monks, mourners, priests and penitents Puritans, inconsolable widows – they all dressed in black. As Laurie Edison noted in his book “The Language of Clothes,”: “Just as white symbolizes innocence, black is associated with denial, which is often associated with the knowledge of the dark side of life – the knowledge of evil, misery and death.”

In many cultures, black symbolizes death, mourning and misery, but not only – it also means elegance, pedantry and even sexuality. Today, black clothes in most countries are considered most formal, but in ancient Egypt, black means life – the revival and resurrection from the dead. In America, black symbolizes the complex, emergency, and in China – honesty.

Writers and artists have always understood the powerful impact of black. In Chekhov’s play “The Seagull” girlfriend of Nina asks her why she always wears black. “I weep for my life,” replied Nina. Shakespeare, too, dressed suffering Hamlet in severe mourning black.

In the classic gangster movies we always see the mafia killers in black suits and shirts. George Raft – that’s a classic example of such a hero. His elegant black pinstriped suit is complemented by a white tie. 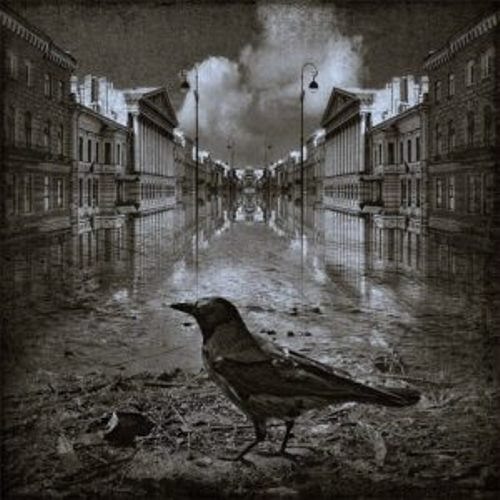 Edgar Allan Poe brilliantly used the symbolism of a sinister black. Is it possible to better convey the darkness and mystery of color than he did in his poem “The Raven”? Remember the villain, innocent beauty who snaps to the railroad tracks, Dracula rising from his coffin, or pant clad in black armor of Darth Vader – the carrier of cosmic evil. What all of these characters wear? The mysterious black cloaks symbolizing absolute evil.

In the United States and Britain the custom of wearing black in mourning appeared at the turn of the century. Black became the main color of mourning in the Victorian era. Jeffrey Gorer left his memories of the funeral of King Edward VII in 1910. On the streets one could see people dressed in black from head to toe. He also tells us about how difficult it was to persuade his mother to “get rid of these terrible clothes.” Eventually she agreed to go to polutraur (gray or violet) at home, but, appearing in society, certainly dressed all in black. In many countries, the custom of wearing black in mourning, lasts for many centuries. 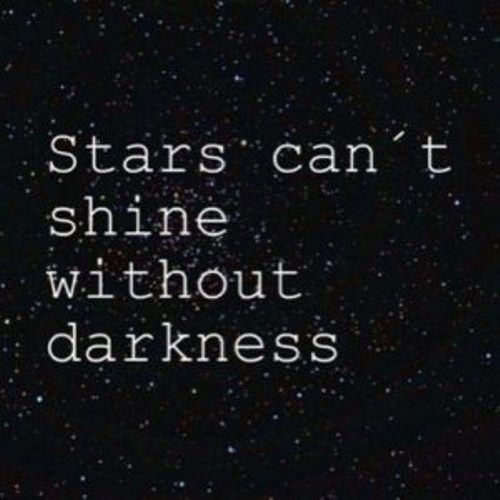 In France, in the XIV century black was used not only in clothing. During the mourning walls, mirrors and bed were covered with black curtain. Mourning is much stricter prescribing to women than to men. In the XV century queen of France a whole year stayed in the bedroom, draped in black as a sign of mourning. Princess remained in mourning room for six weeks, and the wives of knights were allowed to leave it after nine days!

In New Guinea, the widow literally bathed in their grief, immersed in a pool of black mud. In other countries, such as Greece, widows lost not only their husbands, but also the right to wear other colors. The old custom of orthodox Jews says that the woman is obliged to wear a black ribbon in the days of mourning, and on all the mirrors in the house must hang black cloth.

The ancient Egyptians believed that black symbolizes the two extremes – life and death. As the life-giving fertile silt of the Nile delta was black, black even symbolized fertility. Since the Egyptians believed in life after death, black was the color for their revival. Two black statue of Tutankhamun guarded the entrance to his burial chamber. 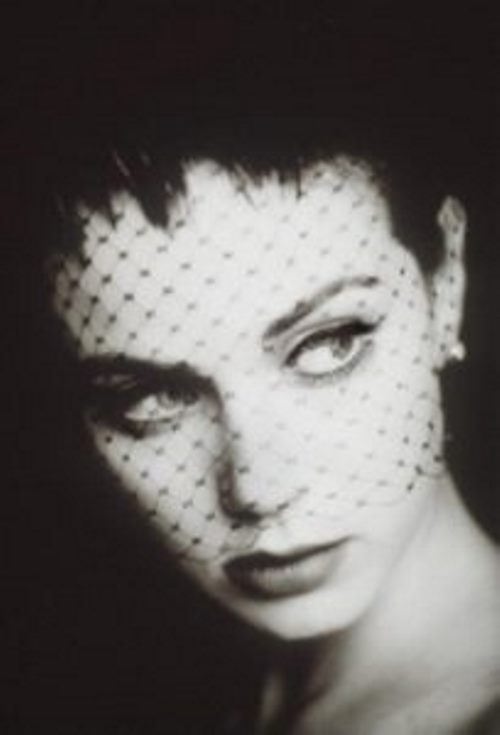 Black connotes death, mourning, and evil, and a liberal use of black has negative overtones as the color of ill omen, hell, and damnation. In old western films, the black hat and white hat were the symbolic headgear for the “bad guys” and the “good guys.” For the ancient Egyptians, however, black (the color of the Nile Delta soil) meant life, growth, and well-being. In our own time, the African- American “Black is beautiful” campaign urges a return to this more positive orientation toward black.

Black has always been associated with night (the absence of light), and, for this reason, is also associated with unknowing, mystery, and intrigue. Perhaps that association explains the preference for “basic black” as a sophisticated fashion statement in clothing and the fear of black cats crossing one’s path. In the Western world, black became the color of the clergy and, at the same time, the color worn by widows and graduating college students.

Black and white contrasts form the clearest of messages: good versus evil, right versus wrong, future versus past, success versus failure, good luck versus bad luck. On a scale of values, black also represents the lowest possible value, meaning the complete exclusion of light. 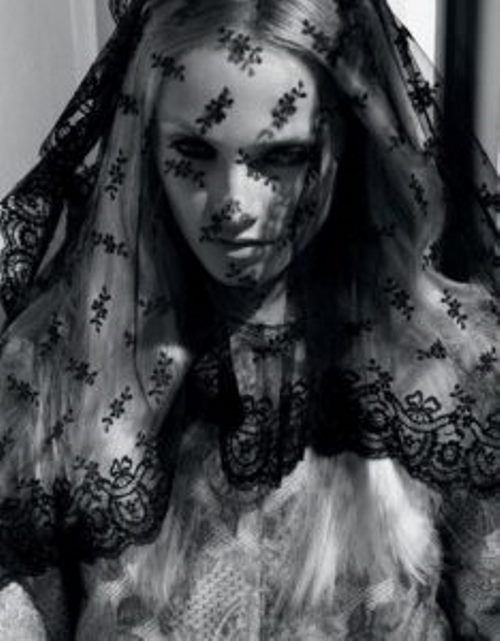 The mourning black clothes are traditional in most nations

However, in the darkness of the night hid new dangers. Fear of the dark – a subconscious reaction. It is unknown, death. It is a black hole, a bottomless pit, unexplained and mysterious. Because of this duality of emotions, black often symbolizes the mystery of supernatural forces, good or bad. Black – the power of self-restraint and strict abstinence.

When told that the public wanted colored automobiles, Henry Ford, the company’s founder, responded,“They can have any color they want, as long as it’s black.”

“From 1950 until his death in 1967, Reinhardt purged his paintings of color, eventually arriving at his black paintings, the solemn, reductivist canvases for which he is perhaps best known.”
Source of images: vk.com/club_black 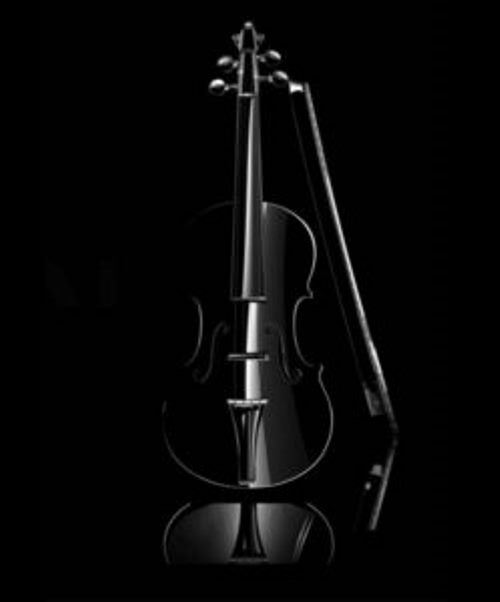 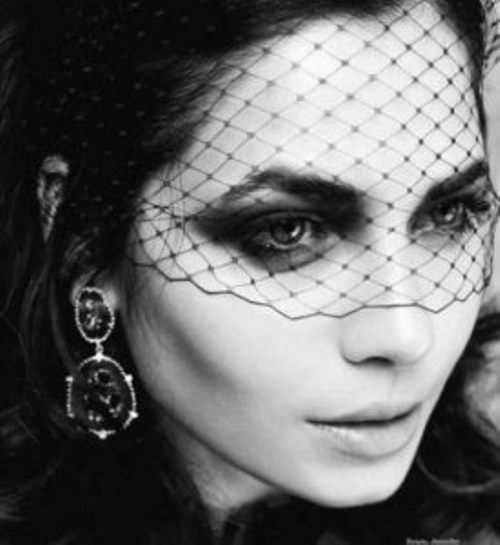