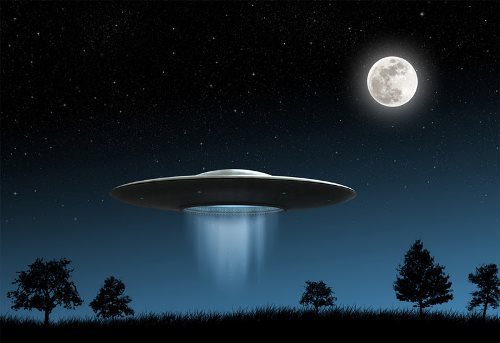 Unidentified Flying Object is a light or object in the air. People think that UFOs come from space, from more developed civilizations.
People have reported aircraft, satellites, birds, insects and weather balloons as UFOs. Some UFOs are called flying saucers.
Some scientists say that UFOs are creations of the human mind.
Since primitive humans first went out of their caves and looked at the star-filled night, humankind has been intrigued by the unexplained mysteries of the universe. Early myths and legends tell of mysterious objects in the heavens. Every religion relates visitations from angels, demons, devils, and gods who descended to Earth in ancient times.
Some UFOlogists believed humankind’s gods, angels, devils, and demons were nothing more than alien visitors from some superior civilization on some far planet.

The very first mention of UFOs, according to scientists, refers to the 10 – 15th century BC. We are talking about rock carvings where objects look like UFOs can be seen.
Pharaoh Ramses III saw fireballs in the sky. 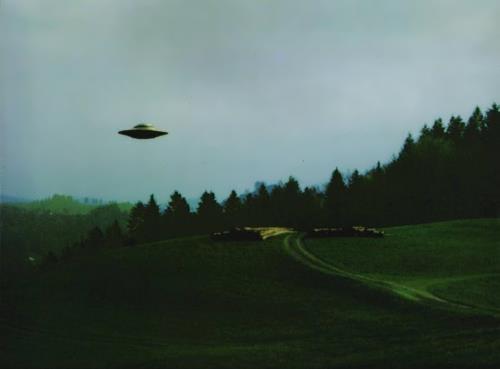 First photos of UFOs were made in 1883 in Zacatecas, by Mexican astronomer Jose Bonilla.
The first mass sightings of UFOs in the United States came in 1896, when a number of people from California to the Midwest reported seeing mysterious aircraft.
Another wave of UFO sightings were reported in 1909 and 1910, and, during World War II, several Allied pilots claimed to have spotted glowing objects that paced their airplanes.
In the late 1930s, Orson Welles broadcasted War of the Worlds and hundreds of Americans believe that their country really was invaded by aliens.
The modern UFO era began in 1947, when the pilot Kenneth Arnold reported that he saw nine objects in the shape of a disk over Mount Rainer in Washington. Arnold called them “flying saucers”.
For the first time the term “UFO” was used in 1953 in a book Flying Saucers From Outer Space by Donald E. Keyhoe.
About half of the reports about UFOs flying over the United States in the late 50s and 60s of the last century, were later disclosed as reports about the U-2, world-famous spy plane.
The first report of alien abduction is dated 1961, when Betty and Barney Hill said they had been abducted by aliens on a highway in New Hampshire. 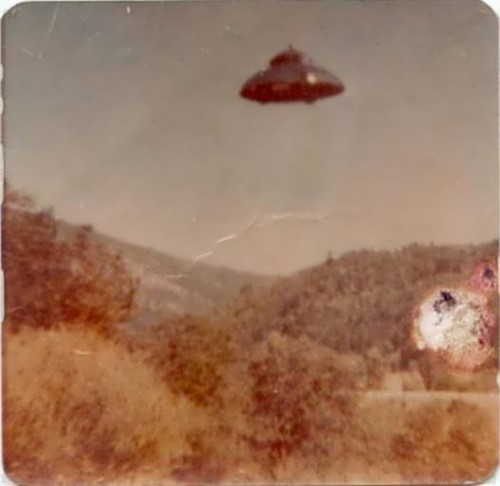 People who believe in space beings state:
1. Humankind is not alone in the solar system.
2. The space beings want humankind to become eligible to join an intergalactic spiritual federation.
3. The space beings are to assist the people of Earth to lift their spiritual vibratory rate so they may enter new dimensions.
4. If the earthlings should not raise their vibratory rate within a set period of time, severe Earth changes and major cataclysms will take place.
Very often, the UFO phenomenon receives a scientific basis, but sometimes scientists cannot explain the events. There are evidences that the aliens abduct people.
Many contactees are told that they were selected because they really are aliens, who were planted on Earth as very small children.
Most UFO contactees agree that the space beings’ most prominent characteristic is wisdom. 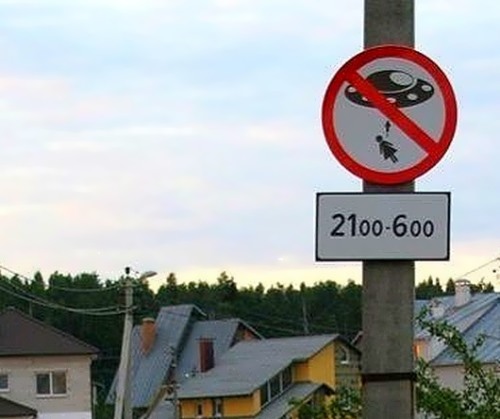 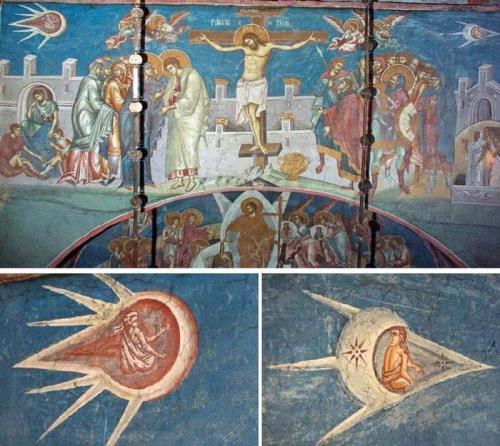 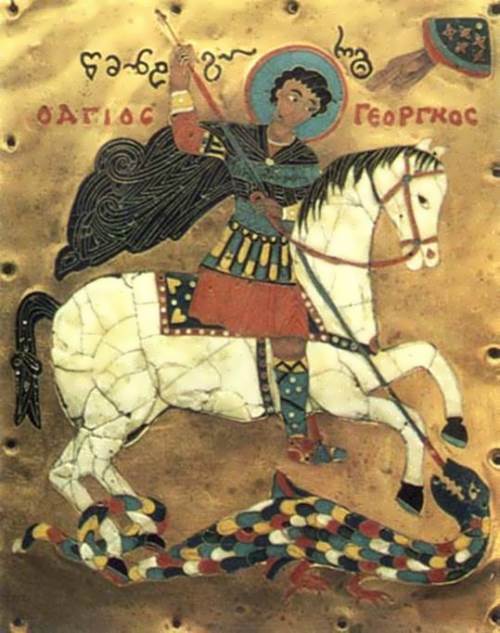 Enamel miniature of St. George, the 15th century, the Georgian National Museum of Art. Look at the upper right corner 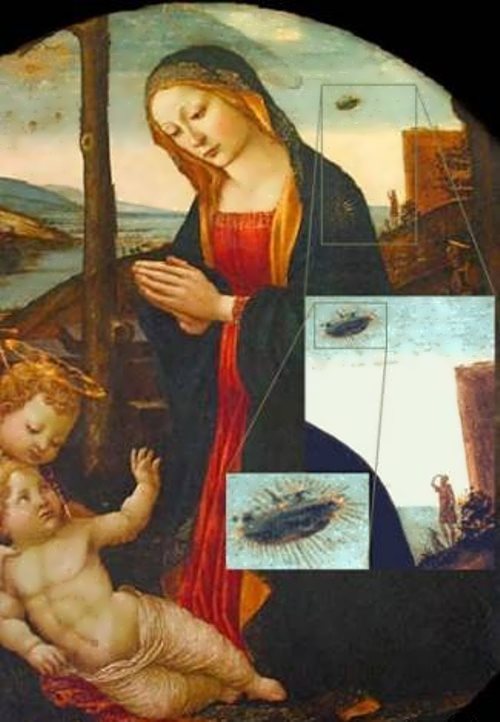 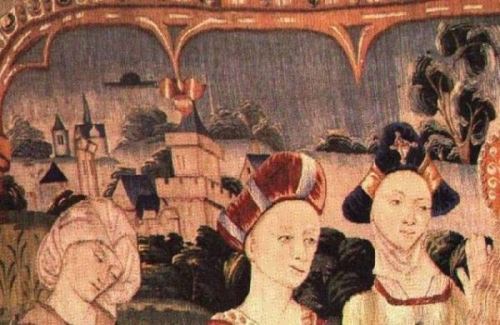 Strange flying hat on the background 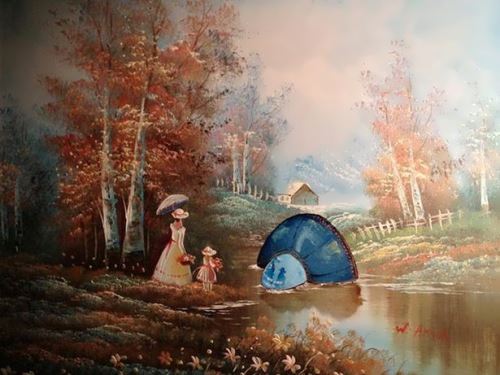 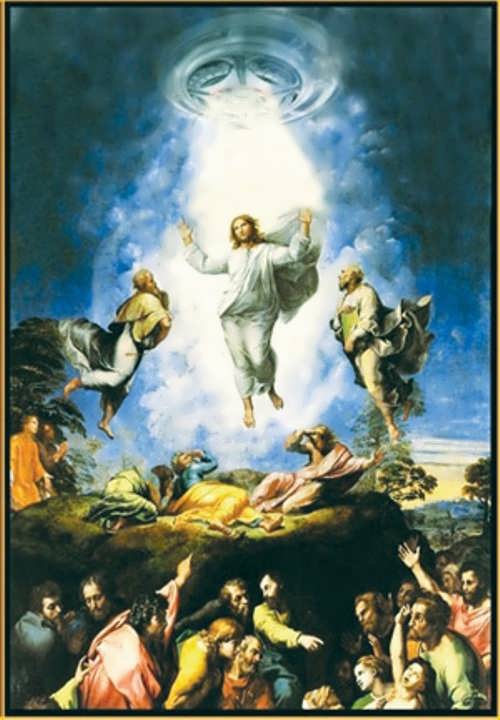 Painting by an unknown artist 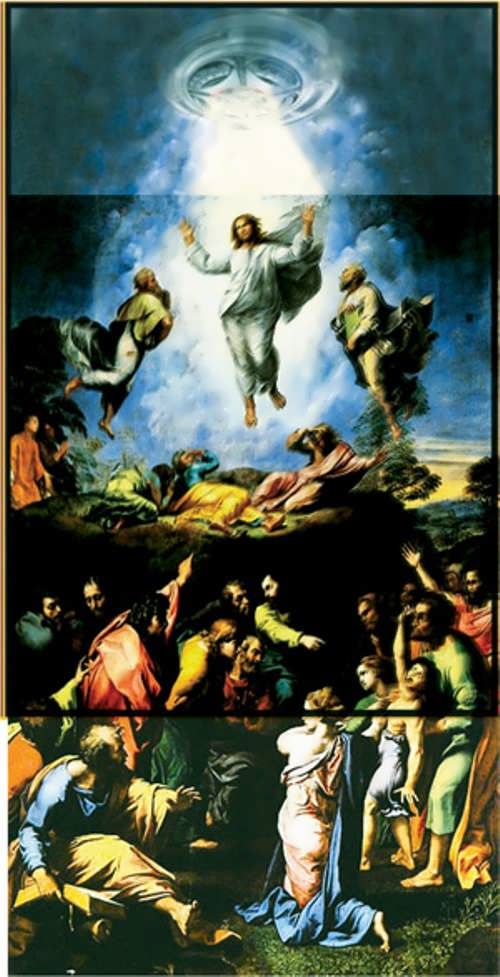 The combination of two pictures 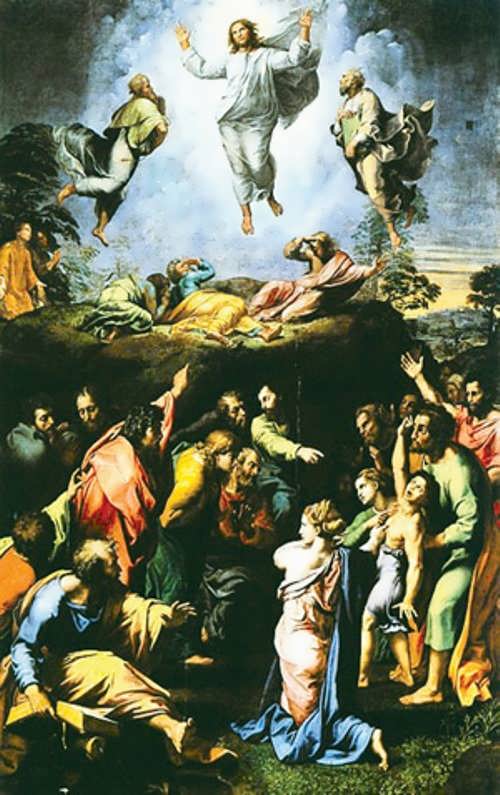 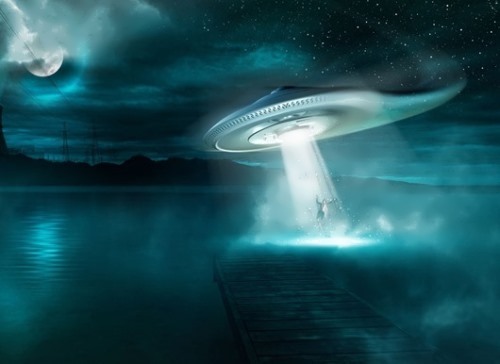