« The World of Teddy Bears
Inside the Hive » 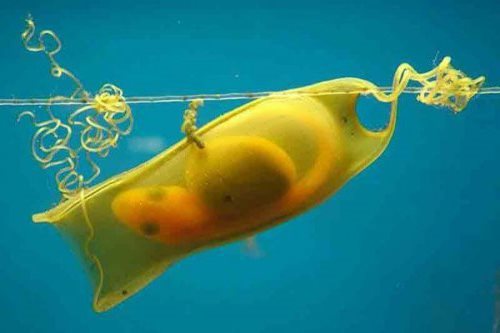 In many myths, the egg is a symbol of the universe, in Ancient Greek mythology Helen of Troy hatched from the egg, death of Koshchey the Immortal was hidden in an egg. Anyway, the egg is associated with the birth of new life.
Let’s look at the most unusual eggs.

Eggs of these menacing sea creatures have a very strange shape. It is also called a mermaid’s purse or devil’s purse. The egg is in a thin capsule which is filled with collagen. Shark eggs are usually as large as a human palm. But there is a fixed record of 2 meters. The shark leaves the eggs at the bottom. It happens that there are several sharks in the same egg and the strongest eats the others. 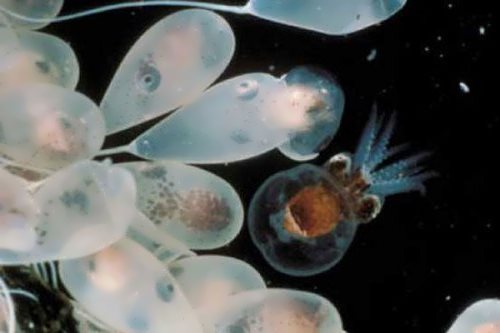 Octopus eggs are soft and half transparent. These creatures with tentacles leave them on coral or rock ledges. Females lay hundreds of thousands of eggs at a time. But unlike sharks, these creatures stay close to their eggs until the birth. After all, it is necessary to protect the eggs from those who want to eat defenseless food. Often this can last for so long that the female eat some of its eggs. 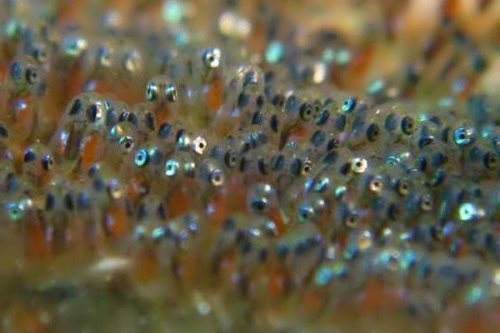 Female lays millions of eggs at a time. Sometimes fish lay eggs even on unprotected surfaces, such as rocks. Most fish eggs in general drift right into the water, traveling hundreds of kilometers. 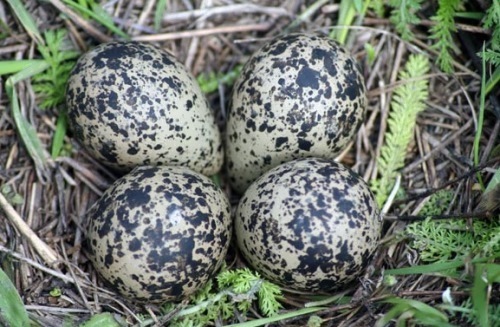 Typically, females, like most reptiles, incubate their fertilized eggs. Parents protect their young until the moment of their birth in a specially built nest. But even after the birth the chicks are still helpless.
There are birds who do not want to look after their eggs and toss them to other, more gullible parents. 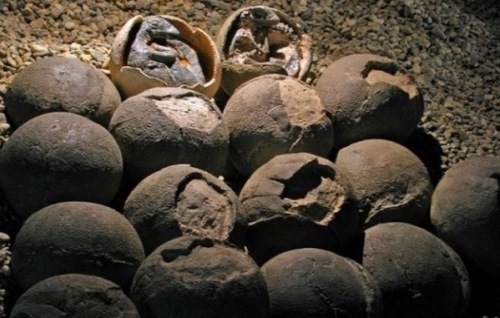 Despite the fact that these animals have long been extinct, scientists are faced with their fossil eggs. It turned out that the eggs of dinosaurs had quite different forms. Some of them were in the form of elongated sphere, others were like the tears and round like a sphere. Some species of dinosaurs laid many eggs and protected them, but there were also those who laid their eggs and went away.
Dinosaur eggs were much larger than that of any other living creatures. The largest of found eggs was about 60 centimeters high and 20 centimeters in width. 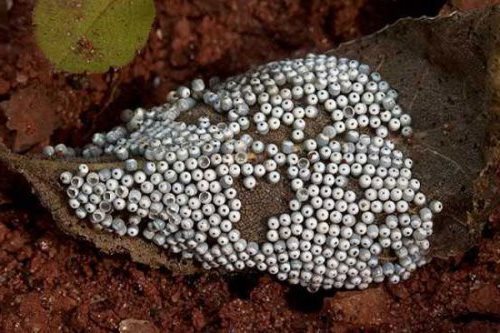 Insects usually lay a lot of eggs that can be of a very unusual shape. To save them from predators, insects learned to mask the future offspring. 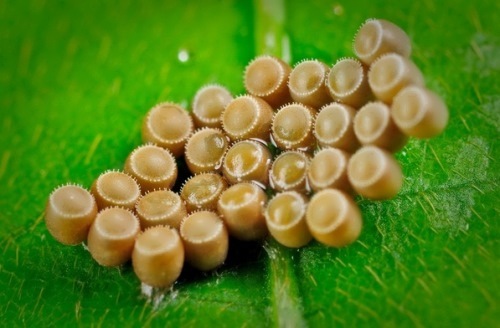 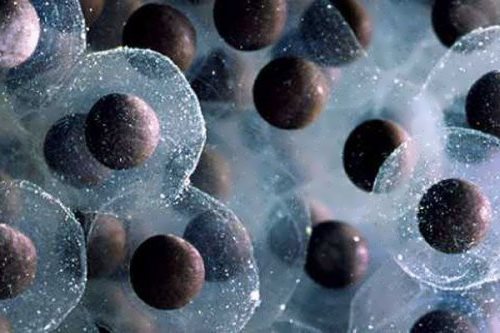 These amazing animals begin their life journey in water, only adults live on land. The egg is not only home to amphibians, but also food. 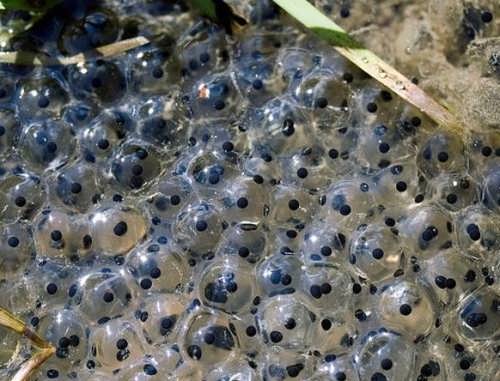 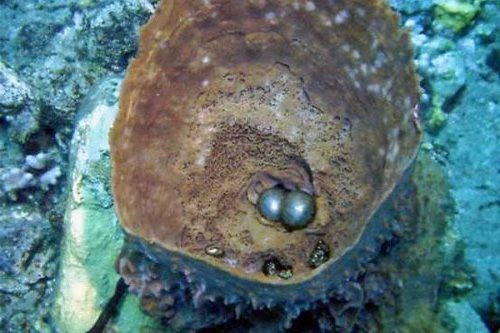 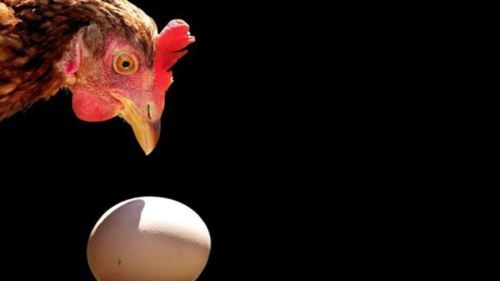 The egg gives the chicken inside it all the nourishment it needs. The egg is good food for us too. There are proteins, vitamins, minerals and fats in it and just in the right proportion.
The amount of vitamins A and D in the egg depends on the feed the hen gets, that of D vitamin depending also on the hen’s exposure to the sun.
The egg is rich in amino-acids (protein). It is very good in combination with cereal foods because cereal foods lack many amino-acids. Combined with the protein of the egg the cereal protein is made better use of by our body.
Its physical and chemical properties are such that the egg can be used in a large number of dishes.
We usually keep eggs in a refrigerator. For frying it is best to take them directly from the refrigerator, for the white will spread less at fridge temperature. But when used for cakes they should be at room temperature for they will mix better with other ingredients.
Eggs are similar to fish as the protein in both is cooked at about 70° C. That is why it is so easy to overcook them. When we boil an egg the water does not actually have to boil.
When frying an egg use butter. Oil reaches a higher temperature and makes the white of the egg and unpleasant to eat. 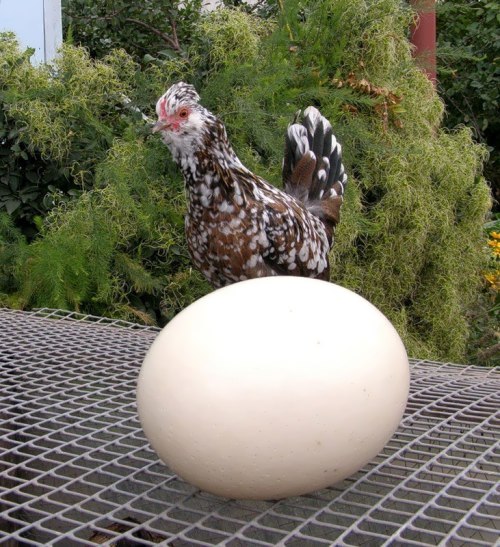 Interesting facts about the egg
– In 1910, in Pennsylvania, a person ate144 raw eggs for breakfast. This record isn’t broken until now.
– London confectionery firm La Maison du Chocolat released the most expensive Easter egg in the world. The egg is made of chocolate and decorated with gemstones. The egg costs about 100 thousand dollars and is filled with chocolate.
– At the auction in Bordeaux, France, three dinosaur eggs dating back about 120 million years were sold. The price of the largest of them reached 520 euros (or $ 460 at the moment). One of the buyers, who paid $ 300 for a rarity, said that it was his dream since childhood.
– The biggest omelette in the world was made in Madrid by Carlos Fernandez. It was made of 5000 eggs, and weighed 599 kg. 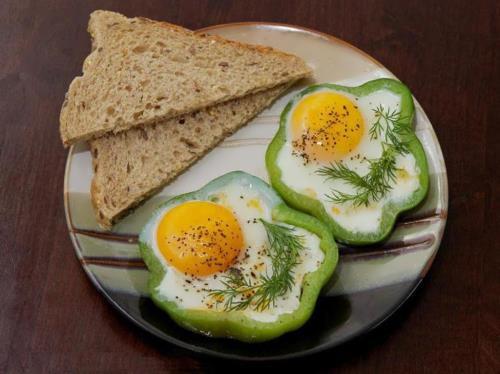 – On April 23, 1971 in United Kingdom two kitchen workers Harold Whitcomb and Gerald Harding pilled 1050 dozens of boiled eggs for 7.25 hours (1 egg per 2 seconds!). They both were blind.
– In Chinese culture, the egg is a symbol of life. Eggs are dyed red when the child is born. It is believed that this attracts good luck to the newborn.
– The hummingbird egg is the smallest in the world, and the ostrich egg is the largest.
– Women’s egg is the largest cell in the human body.
– The raw egg floats in salt water and drowns in fresh water. 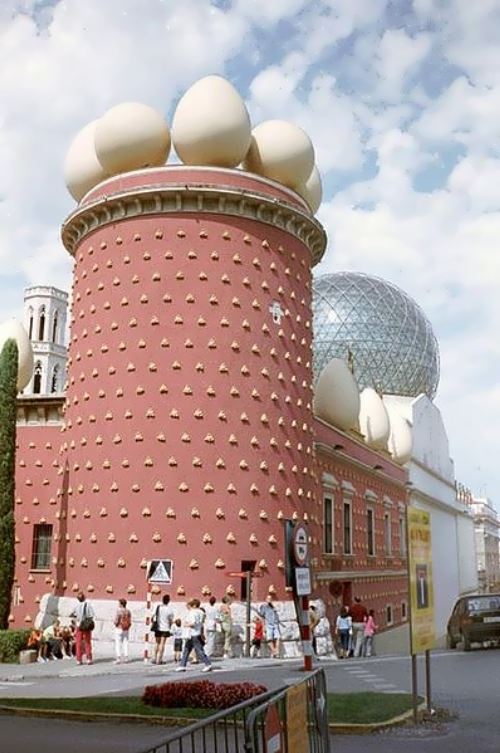 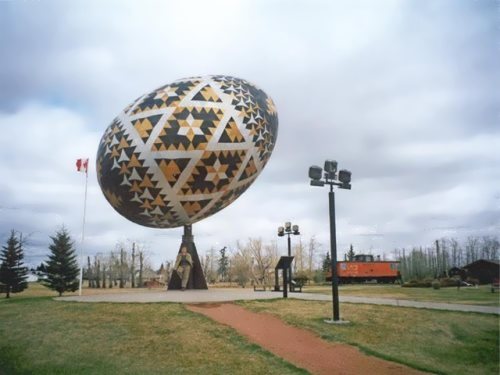 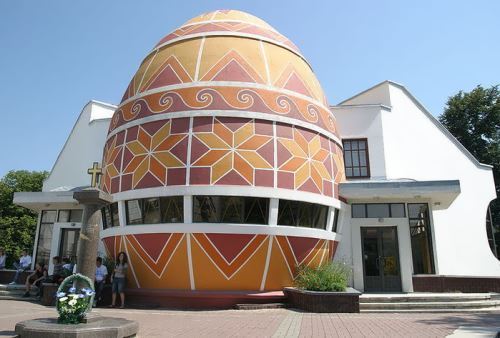