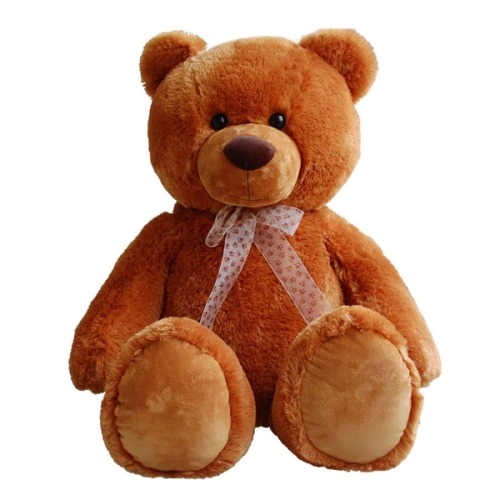 Everyone knows Teddy Bear. But why he was called Teddy? Why not Harry or John or Jane?
The story goes back to 1902, when Theodore Roosevelt was President of the United States. The press and the people called him Teddy. He didn’t like the name, but accepted it. It made him seem more informal to the people he served. In November 1902 President Roosevelt decided to go out hunting for the day. After several hours, he still hadn’t bagged anything. Then one of his aides discovered a lost bear cub wandering through the woods. But Roosevelt couldn’t bring himself to shoot the defenceless cub. The newspapers were filled with cartoons depicting him with a bear. The story became fable.

Mr and Mrs Michtom, owners of a candy store in New York, saw the cartoon and made a little toy bear cub. They put it in their shop window with a copy of the cartoon, and a handwritten notice saying ‘Teddy’s Bear’. The toy was a hit. So the Michtoms designed and produced a bear to be presented to the White House, accompanying a request to use the President’s name for their bears. Roosevelt gladly gave his permission.
The Michtoms closed their candy store, and founded the Ideal Novelty and Toy Co — still one of the biggest toy firms in the world.

Meanwhile, in Germany, Richard Steiff was working in stuffed toy business. He often visited the Stuttgart Zoo to draw animals. In 1902 the Steiff firm made a prototype of a toy bear based on Richard’s designs. The toy first appeared in 1903 at the Spring Toy Fair at Leipzig. The legend says that an American toy buyer came up to Richard at the end of the fair and ordered 3000 bears for shipment to the US.
In the world began Teddy Bear- mania. Society ladies carried their teddies everywhere, and children had pictures with their favorite toys. Roosevelt adopted the bear cub as his mascot for a successful re-election campaign.
Over the years, the cuddly toy has taken many shapes and varieties.

Teddy became more popular thanks to the artist Mike Payne, who illustrated greeting cards under the name Miranda. One day, Mike came up with a story about Tatty Teddy Bear. The story began in the fall of 1987 in the English village of Sussex. There was an old ramshackle house, whose owners left it long ago. Unnecessary things were left in the garden. And there, in the middle of the pile, was a small Teddy Bear. He was forgotten, and seemed the loneliest bear in the world. Winter came. Because of snowfalls Teddy’s fur turned gray and little nose turned blue from the cold. In the spring, one little girl found the bear. Despite the fact that the bear was not new and covered with patches the girl still loved him more than her other toys.
This simple but touching story won the hearts of all the children, and Payne’s bear gained worldwide popularity.
British company Carte Blanche began to produce bear under the label Me To You. 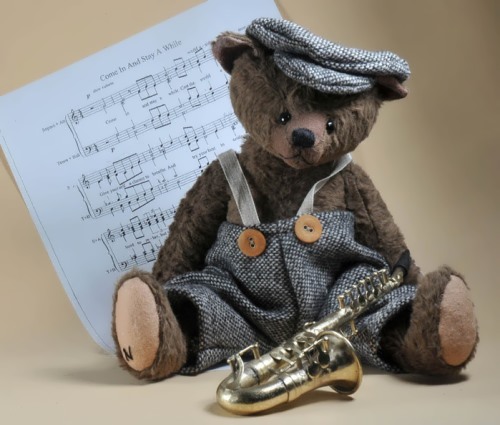 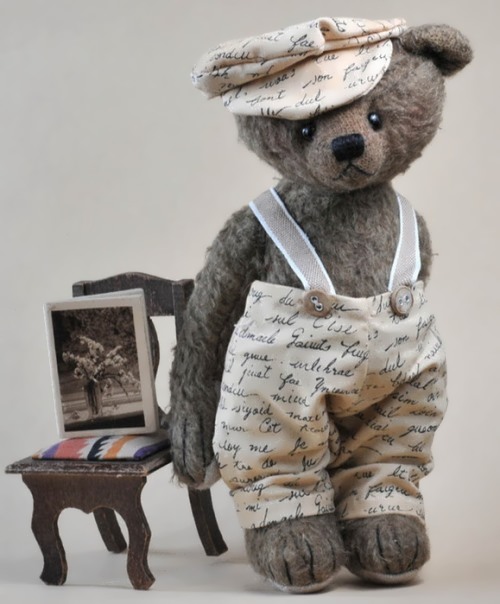 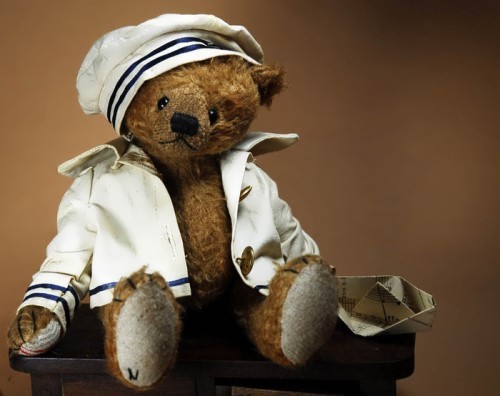 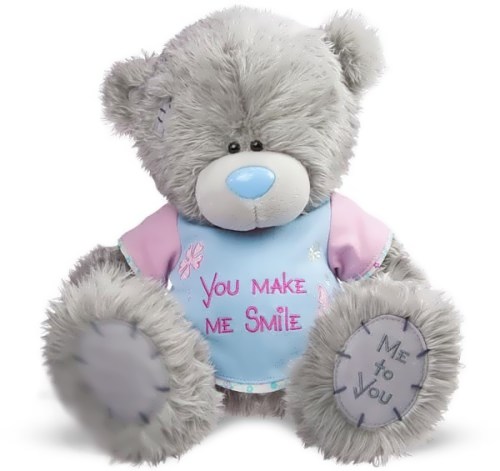 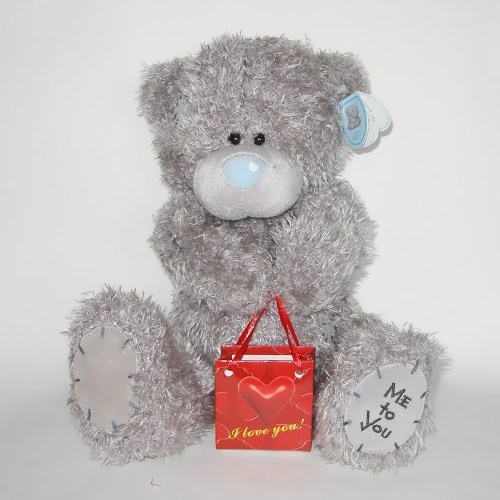