« Most interesting facts about animals
Cat – tiger in your house » 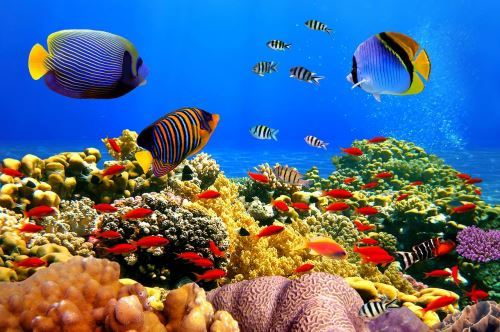 Many strange and amazing animals live in the deepest parts of the ocean – vampire squids, sea angels, sea spiders… It is very cold down there and there is no sunlight- only the light produced by some of the creatures. Still, thousands and thousands of known and unknown species live there.
The deep sea is full of mysteries. People know more about the surface of the moon and the planet of Mars than they do about the bottom of the ocean!
One of the strangest creatures found by the scientist is a new species related to the octopus. It’s about 2 meters long, has 8 legs and fins that flap like an elephant’s ears. It’s beautiful and graceful. It lives between 1,000 m to 3,000 m deep. The sea biologists called it Jumbo Dumbo because it looks like the fictional flying elephant.
Many deep-sea creatures look like real monsters. Vampire squid looks like something that swam out of a late-night science fiction film. It has big eyes, eight arms and very big white teeth. 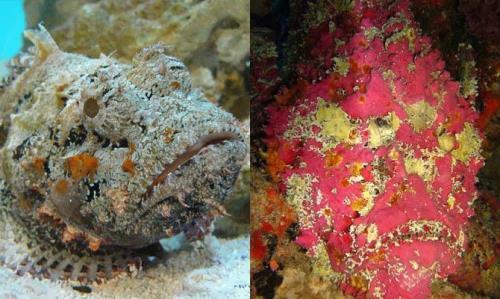 Interesting facts
– Starfish is the only animal that can turn its stomach inside out.
– Newborn barnacle is similar to daphnia (water fleas). It is also called sea tulip. In the next stage of development, it has three eyes and twelve feet. In the third stage of development, it has twenty-four feet and has no eye. Barnacles attach themselves to a solid object and remain there for life.
– When the abalone (shellfish) feed on red algae, their shell turns red.
– Sea worms mate in the following way: in the mating season males and females gather together. Suddenly females attack the males and bite off their tails which contain sperm. It travels through the digestive tract and fertilizes the female egg. 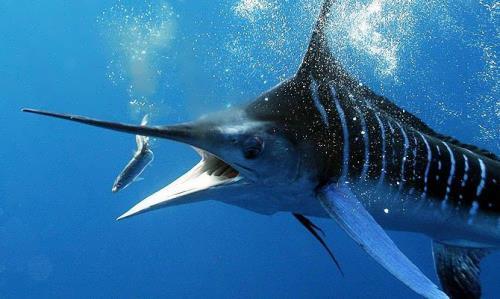 – Snails mate only once in their lifetime. Mating can last up to twelve hours.
– Leeches belong to the class of animals. They can live more than 20 years. Leeches can go without food for a long time – up to two years (!). After every meal they grow right before your eyes. Leeches live only in the cleanest waters of the planet. Unfortunately, due to air pollution leeches are dying. They are in the Red Book and protected by law.
– Jellyfish don’t have lungs and gills, just like any other organ of respiration. Oxygen molecules freely penetrate the jelly-like “skin” directly into the internal organs. Thus, jellyfish are breathing with the entire surface of their body. 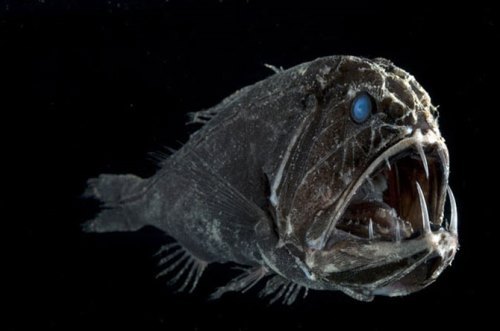 – Farmers in the Caribbean use a certain kind of jellyfish venom as a poison for rats.
– Beautiful, but deadly Australian sea wasp (Chironex fleckeri) is the most poisonous jellyfish in the world. Without medical care the victim died within 1-5 minutes. 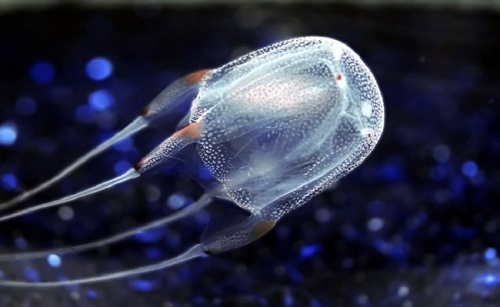 – Heikegani crabs live at the coast of Japan. The pattern on their shell looks like the face of an angry samurai. Many generations of Japanese fishermen thought they were rebirths of killed samurais.
– Barreleye’s eyes can rotate in all directions. It has transparent head. 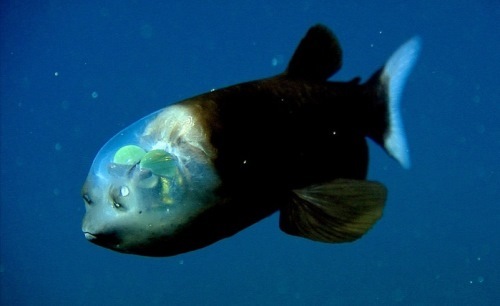 – A variety of starfish called Lunckia columbiae can fully reproduce the body from the particle in a 1 centimeter long.
– Mesonychoteuthishamiltoni is an Antarctic giant squid. It can reach 10 meters, and weights nearly half a ton. After studying the mollusk researchers found an incredible fact: its digestive system is passed through the brain.
– Mudskipper is the special fish that can live not only in water but also on land. Moreover, they are able to “walk” on their fins!
– Marine snails have up to 25 thousand microscopic teeth. 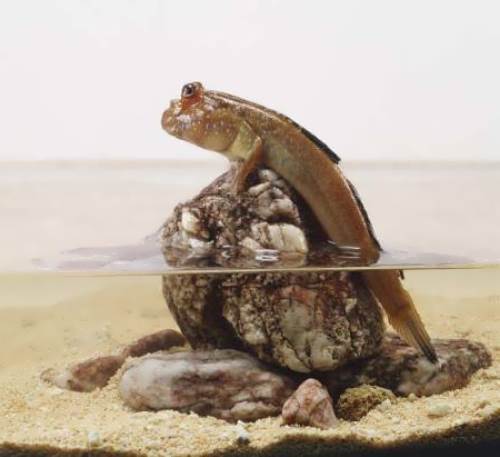 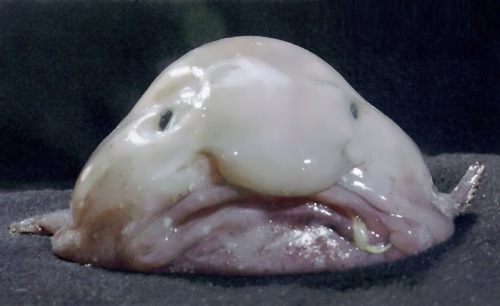 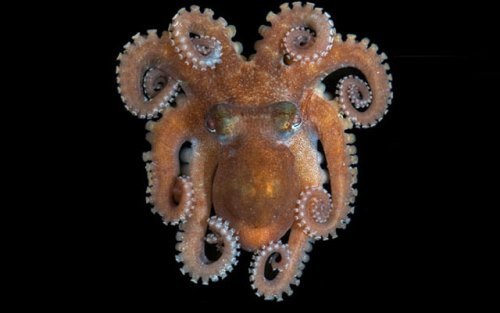 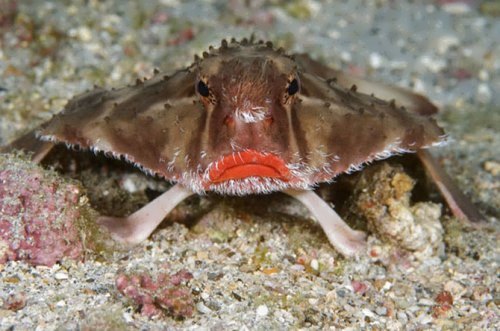 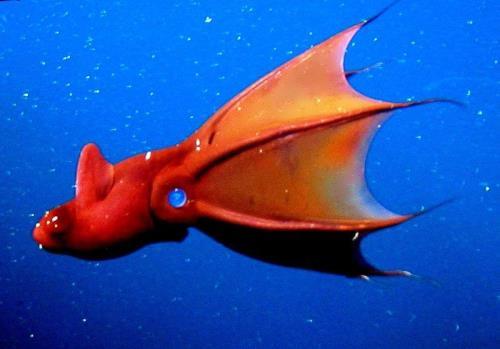 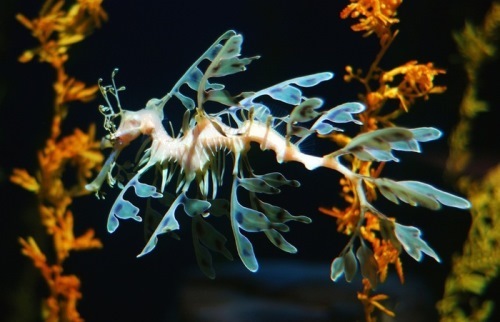 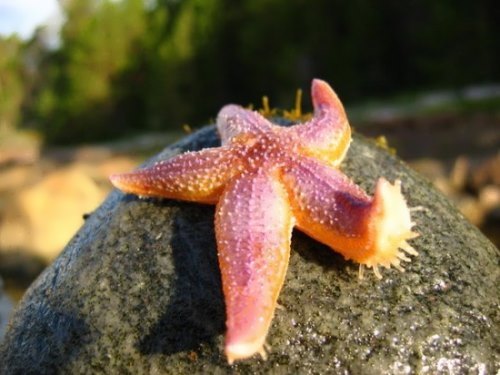 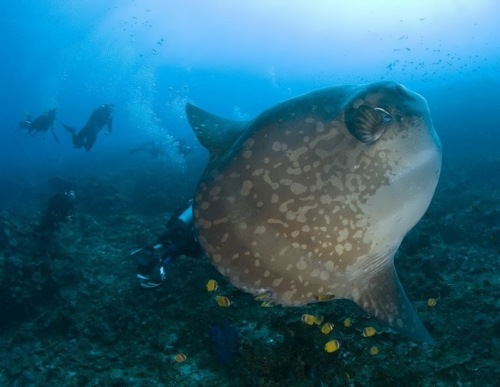 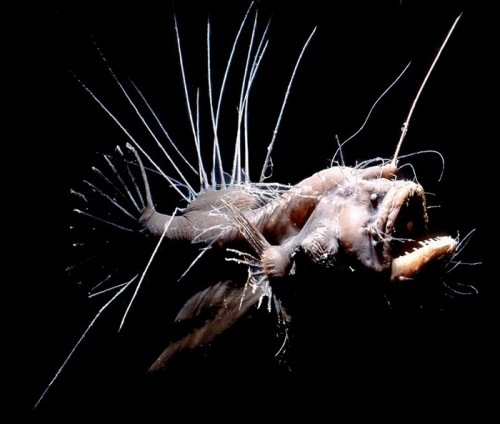 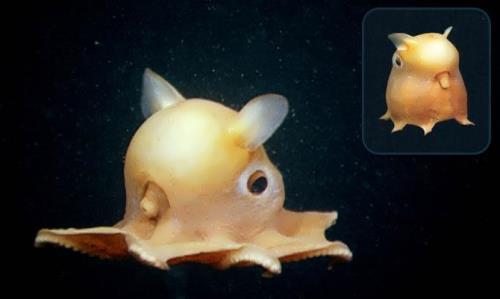 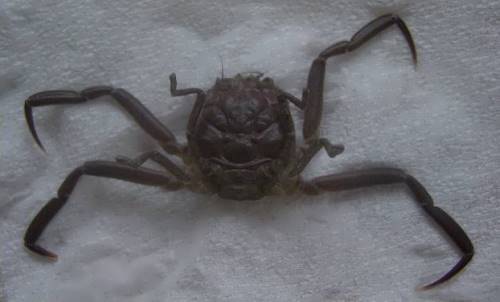 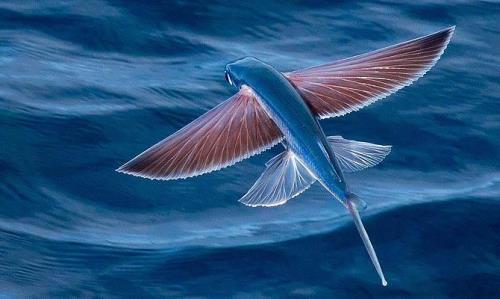 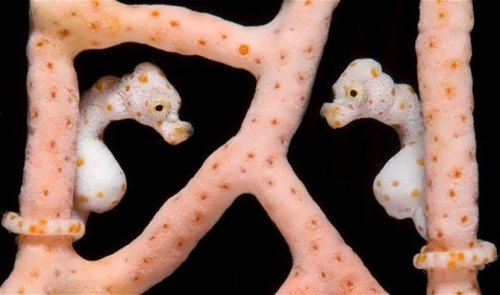 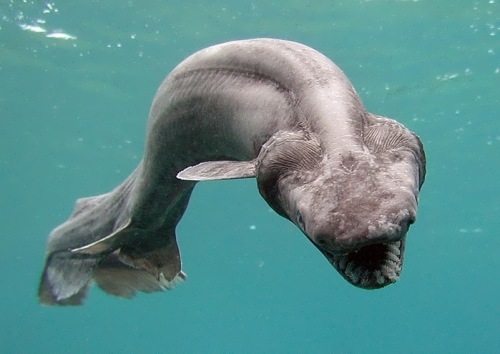