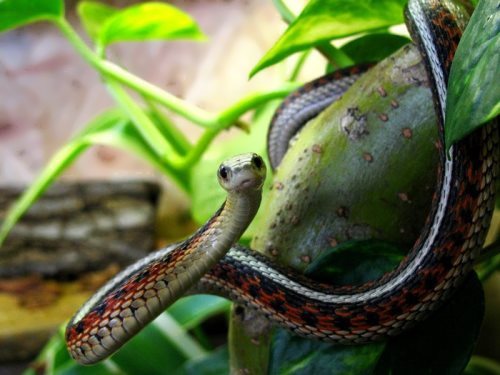 Scientists believe that there are about 2,700 kinds of snakes.
Snakes are cold blooded; it means that their body temperature is determined by the environment.
The eyes of a snake are always open. This is because it has no eyelids. Instead its eyes are covered by transparent scales, or ‘spectacles’, which protect them from grass, rocks and sand. The ‘spectacles’ are renewed about four times a year when the snake sheds its skin.
Snakes eat only animal food and swallow their food whole. After a snake has swallowed an animal, it hides away and digests its meal. This may take a few days or a week.
Their forked tongues are not poisonous. A snake also hears with its tongue, which feels vibrations from the smallest sound.

Elapid snakes are extremely venomous snakes such as cobras, mambas, kraits, tiger snakes, and coral snakes. They have a wide distribution from warm temperate climates to tropical climates, and are found on all continents except Antarctica. Elapid snakes bite to subdue their prey, and when attempting to protect themselves from their own predators.
Most elapid snakes lay eggs, that after a period of incubation hatch into young that are small replicas of the adult animals. 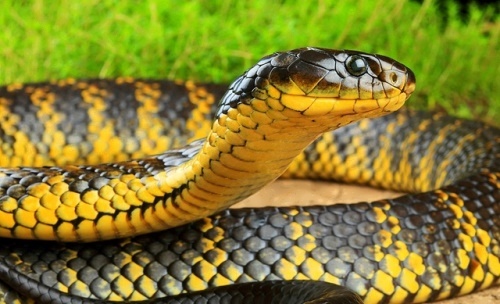 Sea snakes have very toxic venom, but most species are not aggressive, and they rarely bite humans. They are probably the basis of folk legends about sea serpents.
Any bite by a poisonous snake should be treated as a medical emergency.
Snakes are a valuable component of natural ecosystems. They are helpful in controlling rats and other rodents. 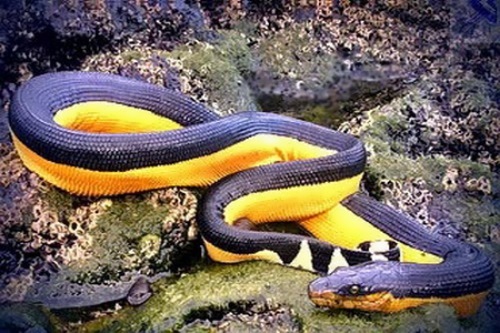 Snakes move in the mysterious ways. The body seems to “flow” along the ground. It seems they have no bones. The fact is, however, that a snake is simply full of bones! A snake has a sectioned backbone, and to this backbone are attached pairs of ribs. Some snakes have as many as 145 pairs of ribs attached to that very flex- ible backbone.
Ball-and-socket joints attach the sections of the backbone to another, and each rib to a section of the backbone. So great freedom of movement of that backbone and the ribs is possible.
Snakes also have bones in their heads and jaws. A snake can open his jaws pretty wide when it is swallowing its dinner. This is because all the bones around the mouth and throat are loosely attached so the mouth can be stretched very wide. 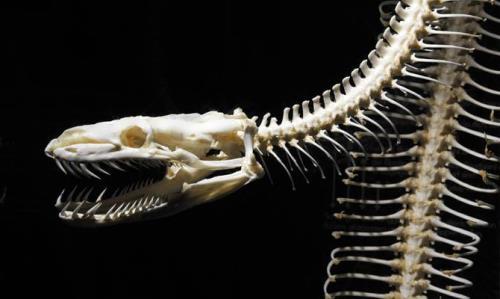 Skeleton of a snake

Interesting facts and records
– The largest poisonous snake is the king cobra, growing to more than 5 meters. Its fangs have more venom than any other snake – one bite can kill an elephant in four hours. 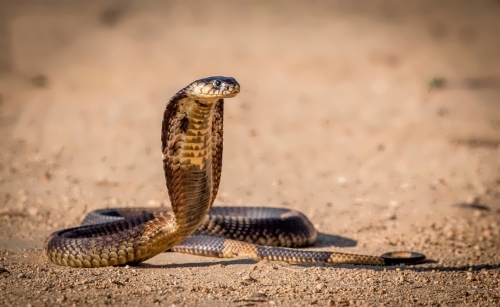 – The rattlesnake warns intruders by a rattling noise made by the hard rings in its tail. This gives an approaching animal time to escape and also saves the snake from being stepped on by large, hoofed animals. To sound the alarm, the snake vibrates its tail about 50 times a minute and the noise can be heard up to 30 meters away. 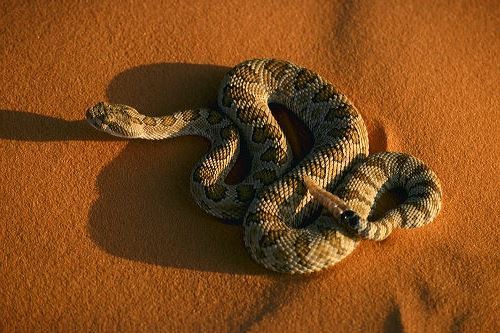 – The giants of the snake world are the python and the anaconda. Both can grow to be over 9 meters long. They twist their bodies around their prey and squeeze it until the victim stops breathing. Then they swallow it. A big python can eat a pig or even a deer. 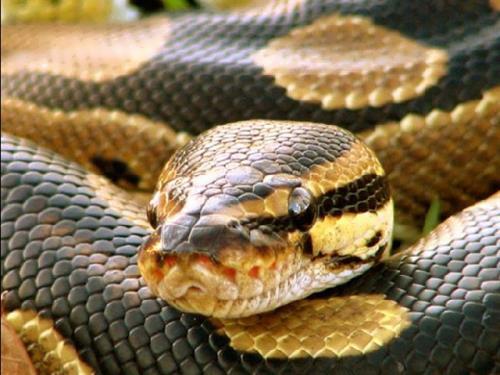 – One of the smallest snakes is the Brahminy blind snake, which lives in the tropics and grows only 15 centimeters long. Their eyes are covered by head scales.
– The fastest snake is probably the black mamba of Africa. It can move at the speed of 11 kilometers an hour over a short distance. 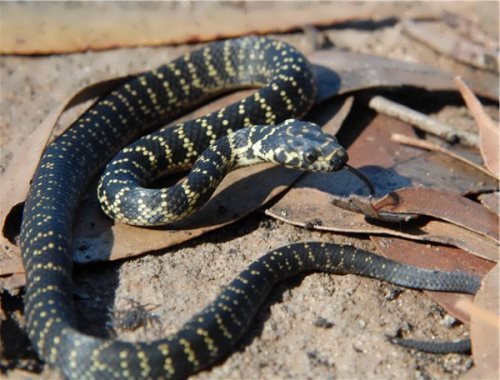 – The record length is 10 m for a reticulated python (Python reticulatus) shot in Celebes, Indonesia, in 1912.
– A common boa named ‘Popeye’ lived for 40 years 3 months and 14 days. He died at Philadelphia Zoo, Pennsylvania, USA, on 15 April, 1977.
– The only snake which reproduces without needing to be fertilized is the Brahminy snake, which is found in a variety of tropical environments.
– The longest prehistoric snake was the python – like Gigantophisgarstini, which inhabited what is now Egypt 38 million years ago. Parts of a spinal column and a small piece of jaw discovered at Fayum in the Western Desert indicate a length of about 11 m. This is 1 m longer than the longest present-day snake. 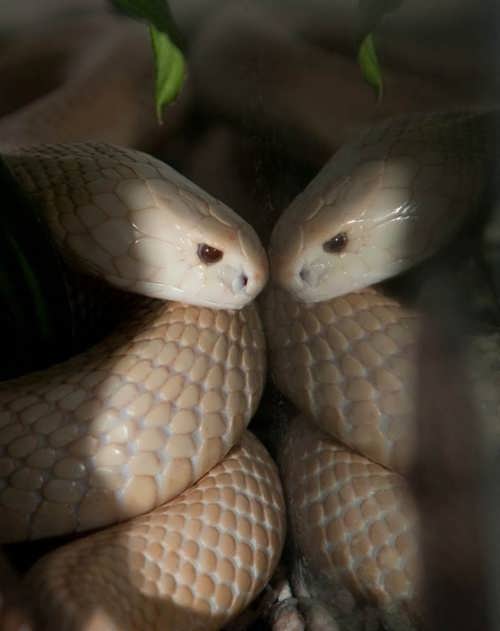 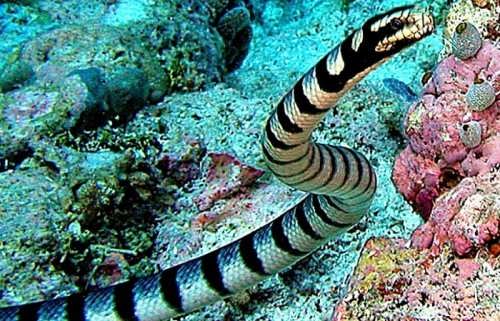 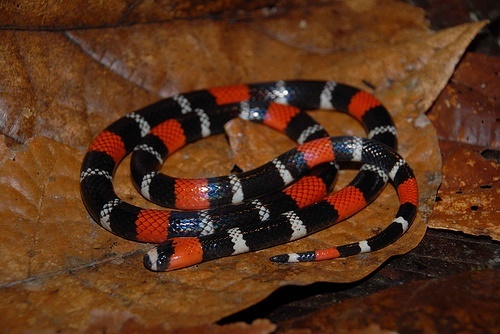 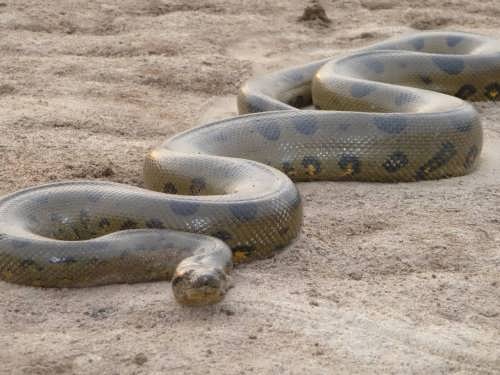