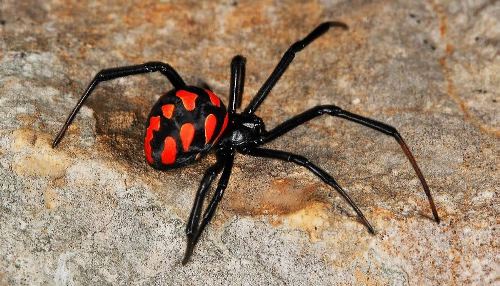 Unfortunately, the spider to human – one of the worst of living creatures. However, people can’t avoid encounters with spiders. Because they are everywhere: in the woods, in the meadows, and in our homes. Wherever you are, as a rule, within a radius of meters away from you, there is at least one spider, albeit small, but predatory. After all, 38,000 species of spiders found on the ground – the predators, and some of these little predators are poisonous … Anyway, the most poisonous spider on the planet is Black Widow spider, whose venom is 15 times more potent than the venom of a rattlesnake. And without medical care a bitten person dies within a few days. Besides, poisonous Black widow spider is fatal to horses and even camels.

Lesko – a beautiful town located on a hill at the foot of which runs a picturesque San river. Despite the fact that the city is not very popular with tourists (for a very good reason), there still exists a couple of attractions. One of them is Sobienie Castle. It is with these magnificent ruins of the once residence of the Polish-Lithuanian nobility related interesting and mysterious story of a black widow.

Even in ancient times of the first owners of the castle Sobienie, the old dynasty of Kmit, the servants began to notice that at night, through the dark corridors of the residence was walking a strange creature. The ghost of a young woman wrapped in a black robe. Tall, slender. Her head was covered with a black widow’s veil falling over her face.

The Black widow was often seen. She slowly strolled through the castle in front of the amazed servants. Sometimes, especially at the full moon appeared on the steep slope of the hill at the ruins of the so-called Black Tower, which was destroyed by fire in 1704.

According to the memoirs of Anna Ponimirsky, Polish noblewoman who lived at the turn of XVII-XVIII centuries, the first Black Widow appeared in Sobienie on the eve of the Three Kings (Epiphany), January 6, 1702. It is this evening in Sobienie was held an invited ball. A mysterious figure in a black robe silently passed through the room filled with music, where the merry company of aristocrats was ready to be polonaise.
Surprised guests parted before her, the orchestra stopped playing, and a cold wind suddenly extinguished all the candles lit, although all the windows in the room were closed. The widow silently passed through the room and disappeared behind the other door. 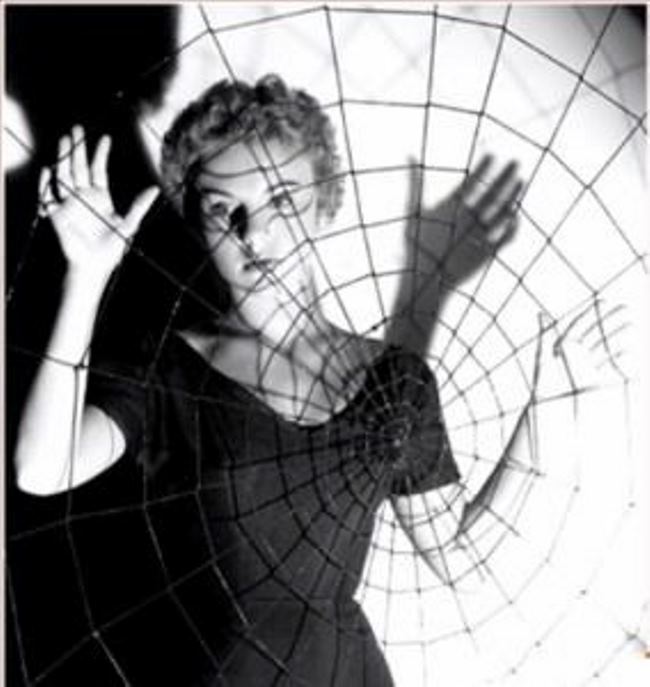 The guests were frightened to death. Ladies literally fell into a swoon, men stood, as if petrified. Fortunately, the owner of the castle was able to quickly recover and immediately ordered his servants to immediately close all doors and, in the company of brave men rushed to search his residence. But the corridors and rooms were completely empty, and the snow in the yard looked so clean and pristine, it immediately became clear – no human foot has been there.

The locals repeatedly hear about the ghost of the Black Widow, some even state they had the luck to meet this extraordinary phenomenon. One of them was a mechanic, who before the World War II changed the locks in the Kmit – another architectural and historical attraction of Lesko.

Busy with his work, mechanic ignored the creak of an opening door and turned just at the moment when he felt someone’s presence. Before him stood a fragile tall woman in black. Face was not seen because it was covered with a thick veil. Initially, the locksmith took the woman for someone from the visitors of the castle, but she suddenly disappeared, as if dissolved in air.

Who is this Black Widow and why she moved from Sobienie to Kmit Castle? Most likely, this unfortunate woman was the wife of Kmit, who died in the war. It is possible that a noble could not survive the death of a beloved spouse and vowed to wear mourning for the deceased. Her oath was heard by the heavens.

Species of Black widow live worldwide. In Australia Black widow spider is called the red-back. The females are shiny black, usually with a reddish hourglass-shaped design on the underside of the spherical abdomen and with a body about 1 in. (2.5 cm) long. The Black widow spider preys on insects. The male is about one-fourth the female’s size. Especially poisonous are female spiders with globular black belly and red dots on top. They tend to eat partner after fertilization. Actually for what it got a nickname – the black widow.
sources:
rech-pospolita.ru
kinopoisk.ru 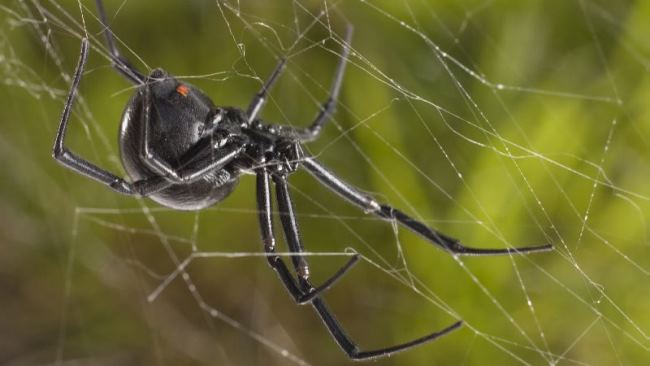 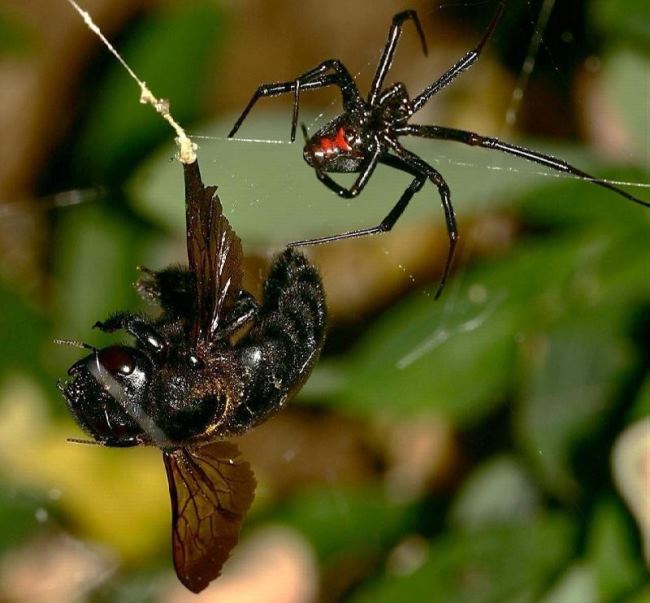 Black Widow and its prey 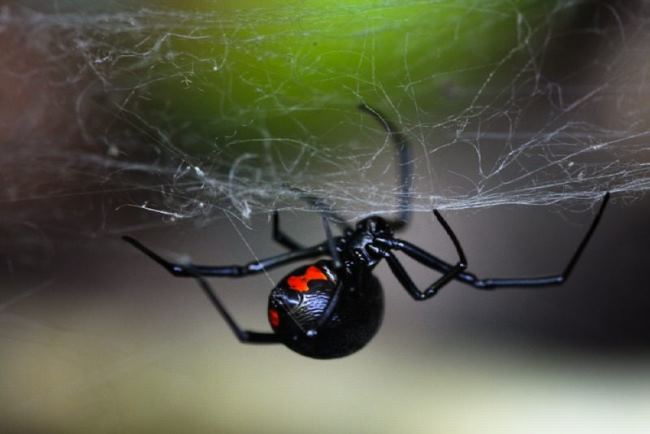 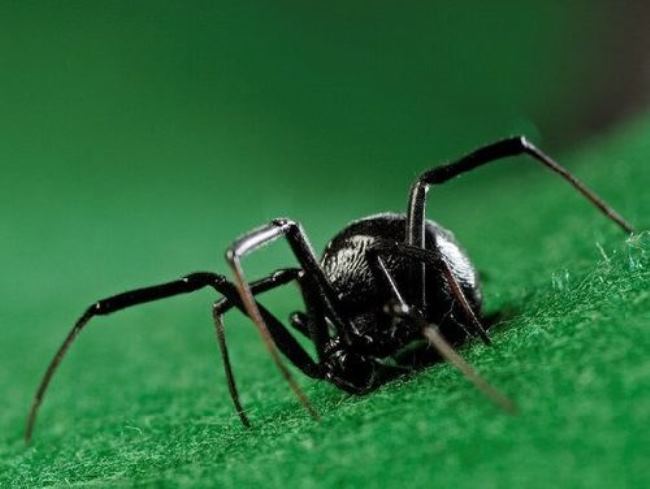 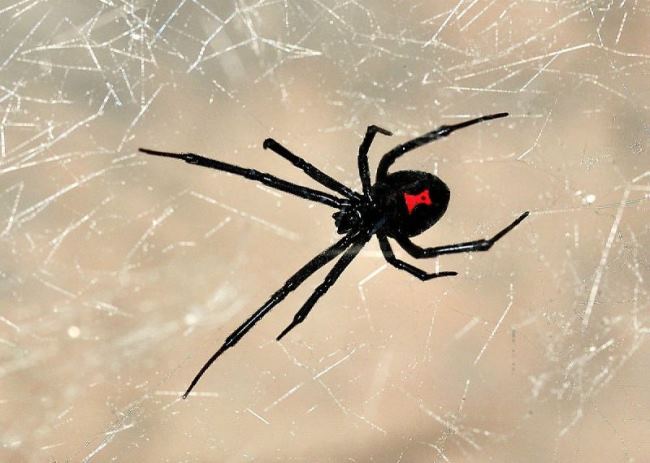