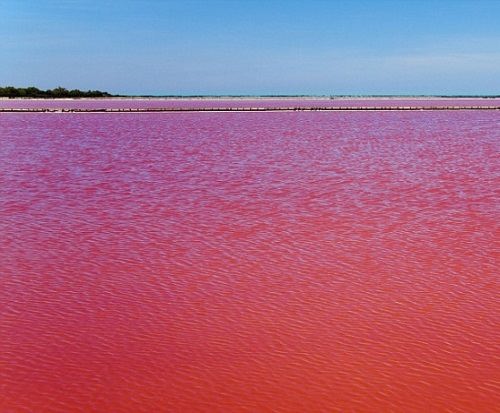 Captured by photographer Sam Dobson (Moscow) the bizarre sight is, in fact, the breathtaking natural phenomenon that takes place in Camargue, southern France. The microorganisms that cause the dramatic blood red color aid in the formation of salt by absorbing more sunlight and are in most solar salt operation. They contribute to the color of the crustaceans that the famous pink flamingos of the Camargue region eat. No biblical plagues, no end of the world and nothing particularly unique… Just the wonders of nature at work. Meanwhile, te sinister red water stretches as far as the eye can see. 51-year-old photographer from Moscow Sam Dobson stumbled across the strange scene while driving through France. The salty crystals can be seen everywhere. Every small branch is covered with crystals and with the red water as a background it looks like something extra-terrestrial. The strange thing is there are lakes on the left and on the right of this one and they are absolutely as you’d expect with normal water. According to Sam Dobson, he was just overwhelmed with emotions the whole time he was there. “Despite my numerous travels, I have never seen anything like this before.” 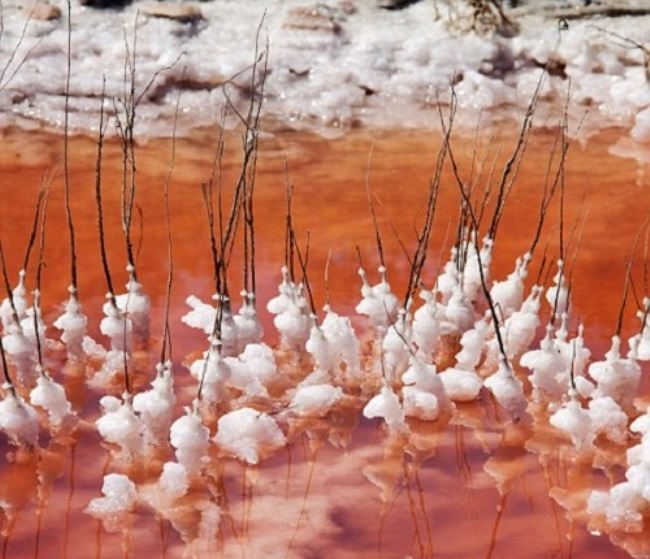 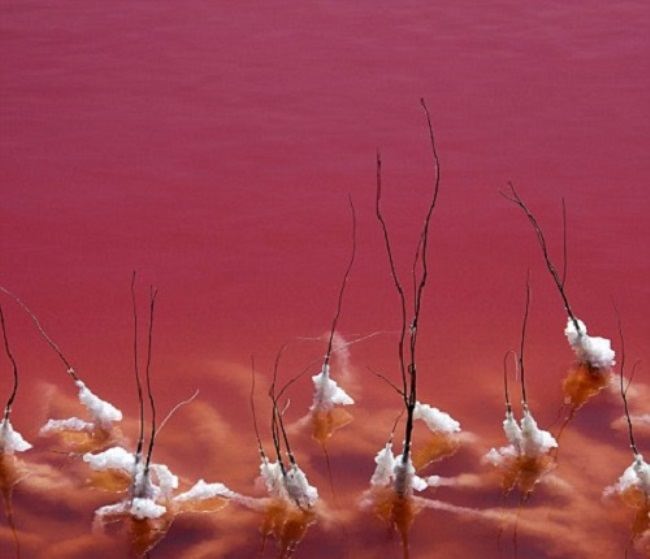 Salt crystals gathered in clumps around stems of the plant life 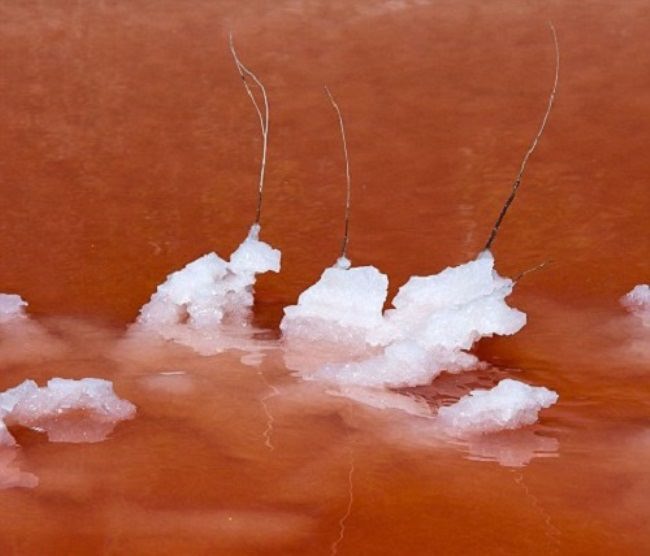 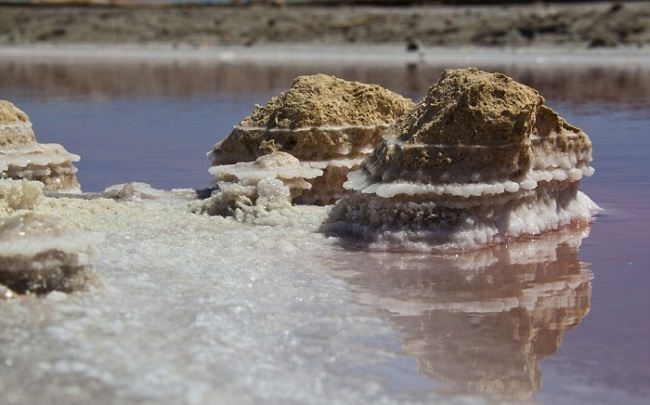 The contrasting blue and red – sky and lake 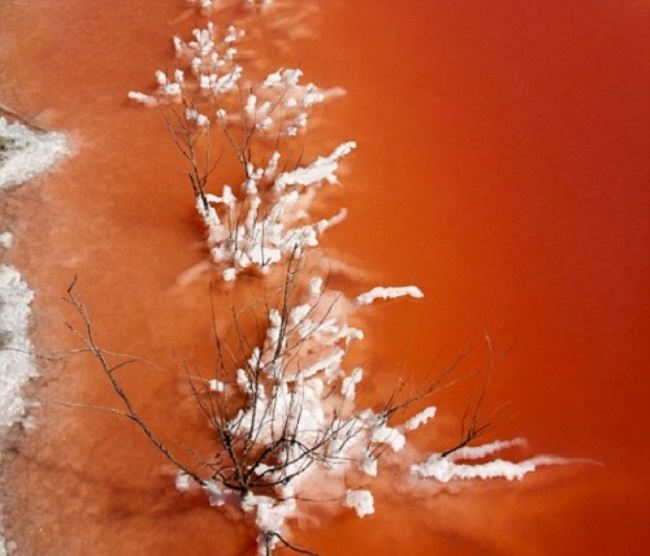 The formation of salt 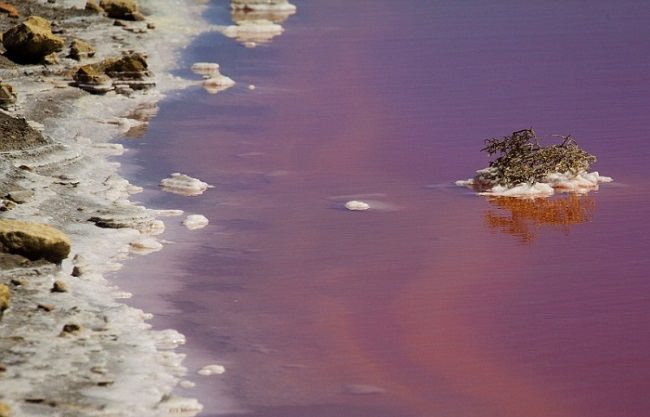 Transformed into a deep shade of red waters of the lake 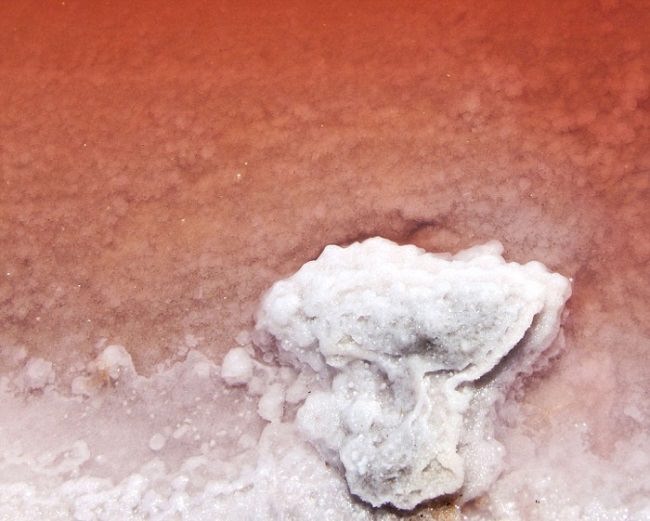