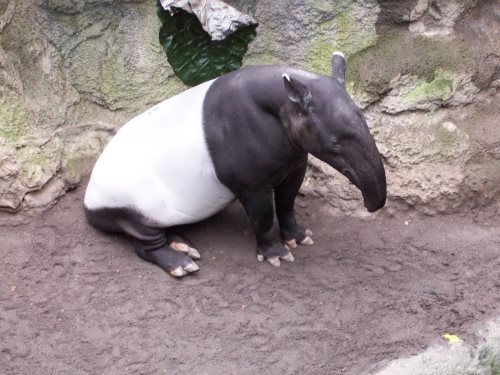 Tapir is a large animal with a brown or black with some white parts coat. It is related to the horse and rhinoceros, but it looks more like a pig. Tapirs are found in Myanmar, Malaysia, Thailand, Sumatra, Central and South America. Three kinds of tapir live in Central and South America. Another kind lives in Southeast Asia.
An average tapir is 91 to 107 centimeters tall, 2 to 2.4 meters long and weighs between 250 and 300 kilograms. The tapir has a heavy body, short legs and tail, a large head with a short flexible snout, and a short neck. Its feet have hooves.
This animal is a good swimmer and spends much time in water or in mud. The tapir lives in a variety of humid habitats, including marshes, mangrove swamps, and tropical rain forests.

It feeds on grass, leaves, and a variety of fruit. Tapir’s main predators are jaguars, tigers and mountain lions, and, of course, people are its greatest enemy. People cut down forests for wood and clear land to grow crops, destroying the home of many animals. People also hunt tapirs for food and sport. 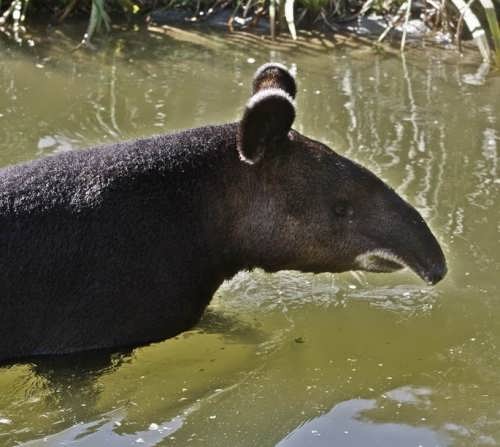 A female tapir gives birth to a single calf after a gestation period of 390 to 405 days (about 13 months). The young tapir has light-colored stripes and spots on a dark reddish brown background.
They are nocturnal and solitary animals. These animals sleep most of the day. At night they come out to eat.
The family to which the modern tapirs belong, the Tapiridae, can be traced back as far as the Early Oligocene, about 40 million years ago. Tapirs have been called “living fossils”.
The mountain tapir is the smallest of the four species and it is also the rarest of the tapirs.
The Malayan tapir walks on the bottom of rivers rather like a hippopotamus.
Tapir can live for up to 30 years. 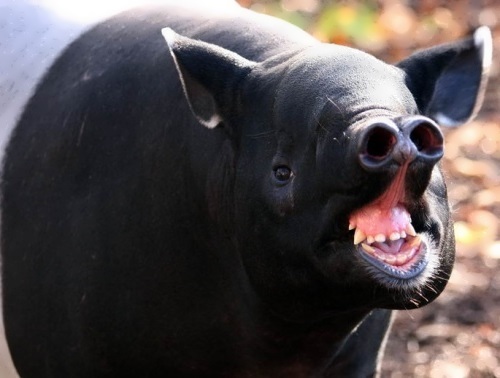 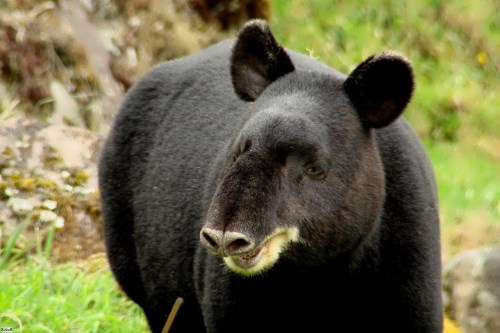 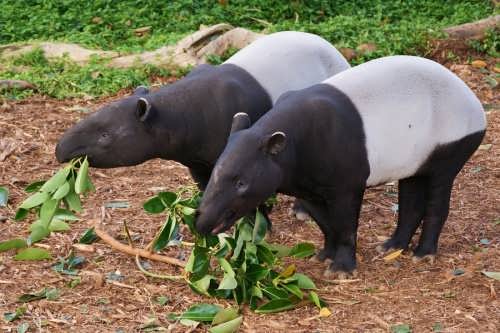 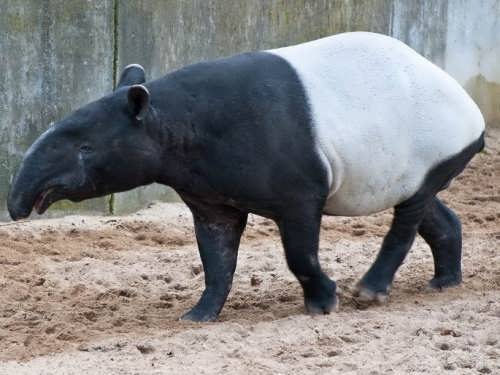 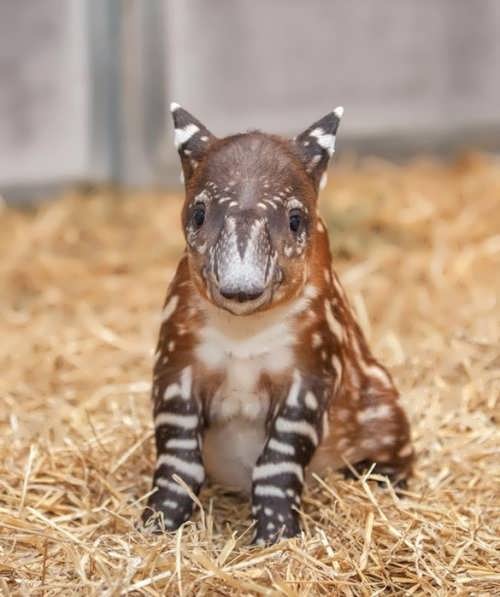 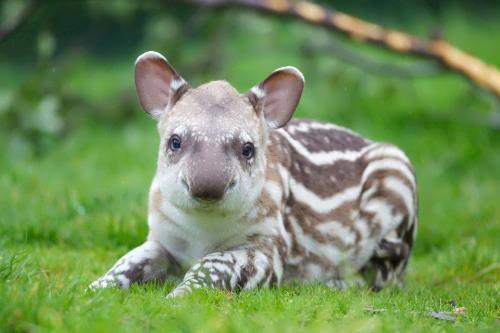 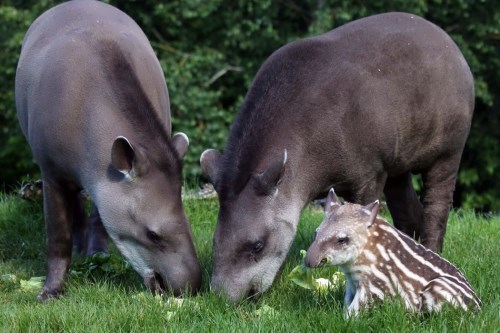 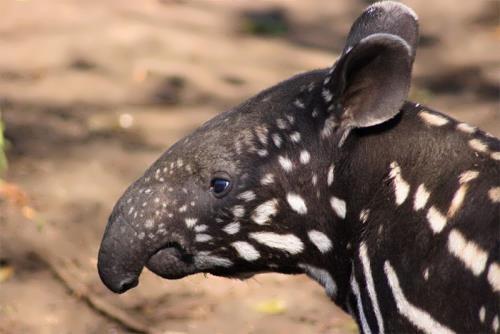 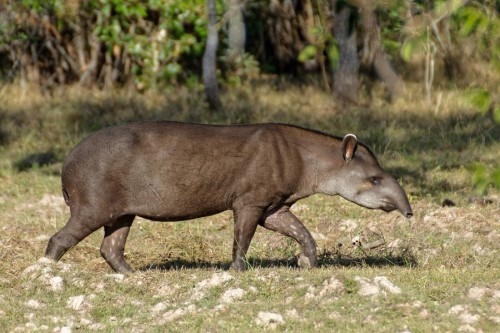 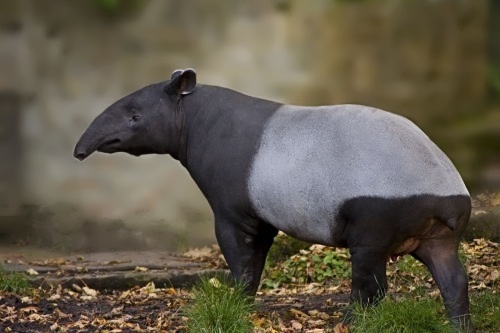 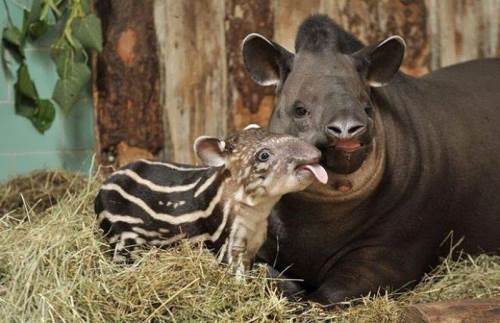 Little calf and its mother 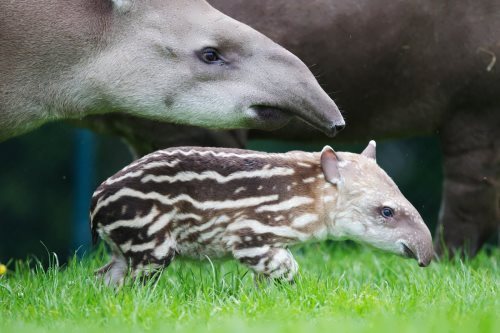 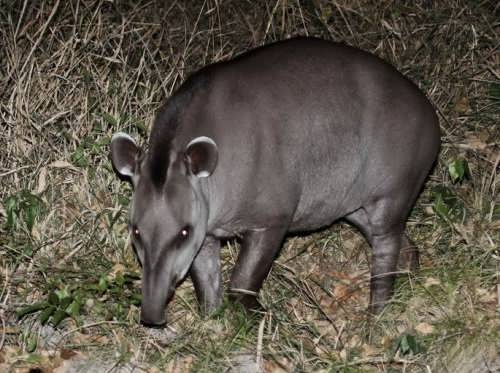 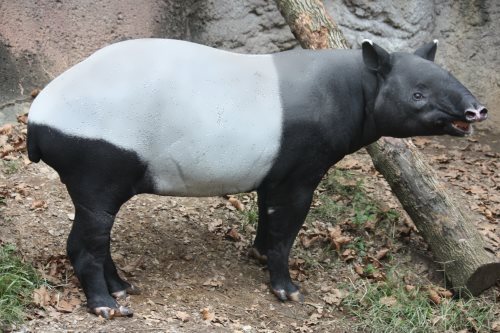 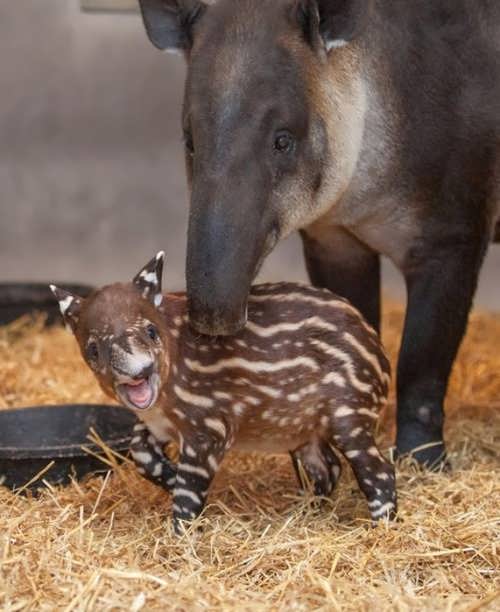 Mother and its baby 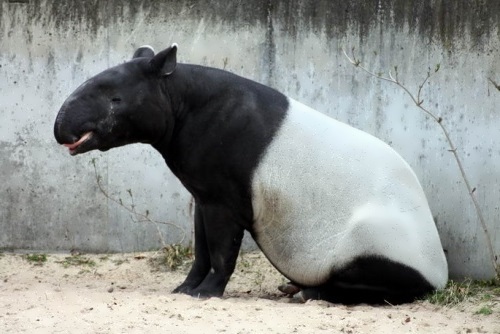 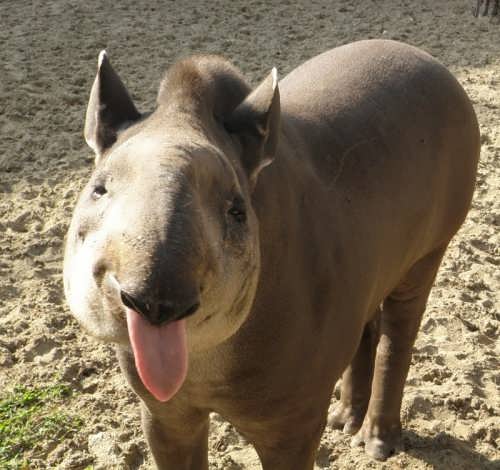 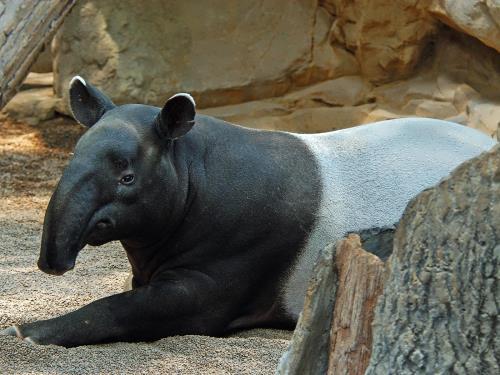 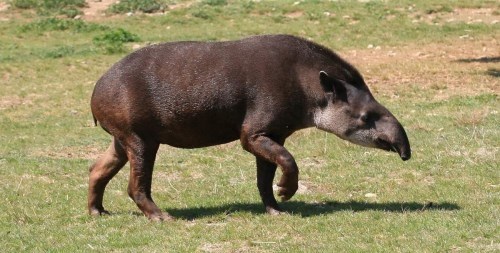 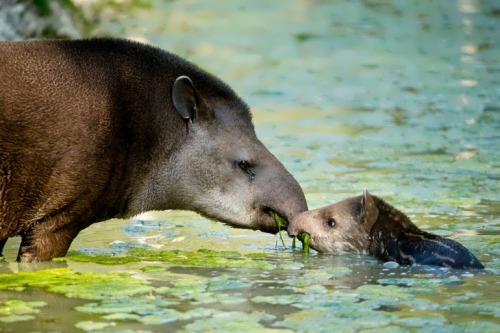