An eclipse happens when one object in space blocks another from view. For example, during a solar eclipse the Moon comes between Earth and the sun. The Moon blocks the sun for a time so that people on Earth cannot see it.
Solar eclipse is one of nature’s most breathtaking eclipses. It happens when the Moon moves in front of the Sun for a few minutes, blocking its light and underneath the Moon’s shadow darkness falls. There are three types of solar eclipses: total, partial, and annular. Total solar eclipses are rare.
Unlike a solar eclipse, where the Sun is hidden, we can still see the Moon during a total lunar eclipse. This is because there is enough scattered light from the Earth to illuminate the lunar surface, but in a deep blood red.
Eclipses are very short, with totality lasting just a couple of minutes. Others can last six or seven minutes. You can see the planets during an eclipse.

There is always a lunar eclipse either two weeks before or two weeks after a solar eclipse. This is because the alignment between the Sun, Moon and Earth is still close enough that, a fortnight before or after a solar eclipse, when the Moon is on the other side of the Earth, the Moon can fall into Earth’s shadow.
In the past, total solar eclipses have often deemed to be bad omens or portents of doom, or the anger of the gods, prompting both wars and peace to begin. However, as far back as the ancient Babylonians and Chinese in the 25th century BCE, astronomers have been able to predict the motion of the Moon and the Sun and when eclipses would occur.
In the 1880s the Viennese astronomer Theodor von Oppolzer calculated all of the eclipses that did and will occur between 1208 BCE and 2161 CE. 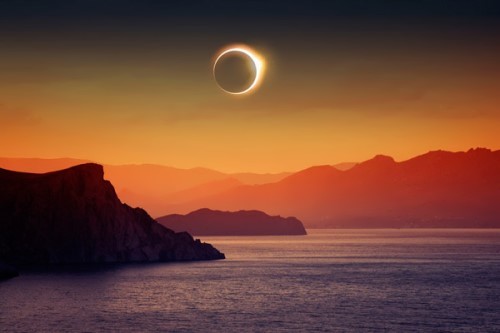 Legendary solar eclipses
Eclipse stopped the battle and served as inspiration for new discoveries that changed the course of history.
– Perhaps the most famous eclipse in human history is the legendary eclipse at the crucifixion. According to the Gospels, Christ was crucified on a Friday, in the afternoon.
– The first eclipse in history was recorded in China, on October 22, 2134 BC.
– The ancient historian Herodotus reported that a total solar eclipse that occurred during a battle between the Lydians and the Medes in 585 B.C. caused the soldiers to throw down their weapons and leave the field.
– After explorer Christopher Columbus became stranded in the Caribbean, he and his crew became dependent on food from the local tribes. He ‘predicted’ the lunar eclipse since he knew it would secure the respect of the superstitious natives.
– On August 18, 1868, during a total solar eclipse, astronomer Jules Janssen saw an unusual spectral trace in the solar chromosphere. So Helium (in honor of Greek god Helios), the lightest inert gas, new chemical element was discovered. 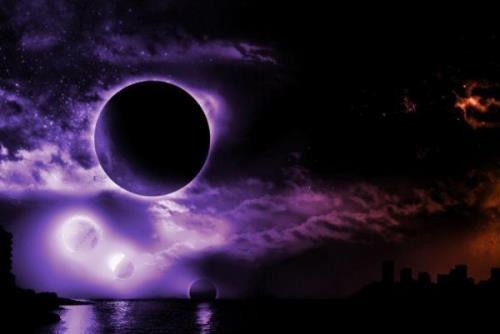 Eclipses on other planets
Solar eclipses do occur on other planets and moons in our Solar System, but because they do not have the size ratio that we have between the Earth and our Moon, their eclipses are not as spectacular. Mercury and Venus cannot have eclipses because they do not have any moons. Mars’s two moons are too small to totally obscure the Sun. We can also see Jupiter’s moons go into eclipse in the shadow of Jupiter. Similar eclipses can take place on all of the giant planets of the outer Solar System, and even on the dwarf planet Pluto where its largest moon Charon can eclipse the distant Sun a couple of times each century. 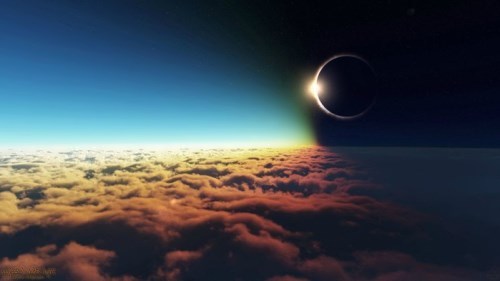 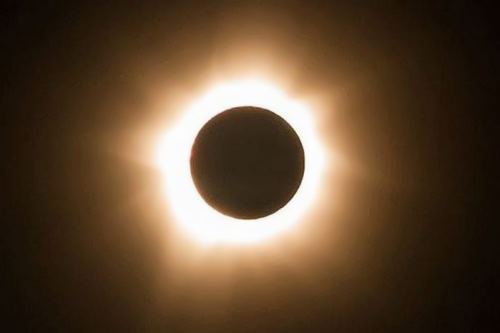