Ethiopia is a country in East Africa. It has been a country since ancient times. Ethiopia is bordered by Eritrea, Djibouti, Somalia, Kenya, and Sudan. The land is a mixture of highlands and lowlands. It looks like an animal’s horn on a map. Its area is 1,127,127 square kilometers. Its official name is Federal Democratic Republic of Ethiopia.
Ethiopia is one of the world’s poorest countries. The main food crops are corn, sugarcane, sorghum, wheat, and barley, but poor soil and droughts make farming difficult. The country grows coffee to sell to other countries. Ethiopia is the place where coffee first came from.

National parks and reserves protect some of Ethiopia’s unique animals: the walia ibex (a type of mountain goat), the Simien jackal, and the gelada monkey. Ethiopia’s lions, elephants, leopards, buffalo, zebras, giraffes, and rhinoceroses are endangered. There are 20 special parks and sanctuaries to protect the remaining animals. 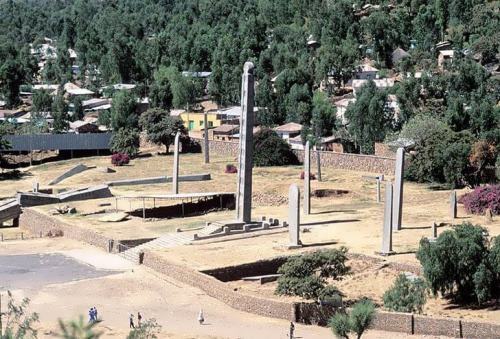 The kingdom of Da’amat ruled the region in the 600s BC. The kingdom of Aksum seized control by around AD 300 and soon adopted Christianity. In the 1500s the Portuguese helped the Ethiopians defeat invading Arab armies. In 1935 Italians attacked Ethiopia and made it a part of a territory known as Italian East Africa. The territory lasted until 1941, when British troops forced the Italians out of the area. In 1974 Ethiopia’s military removed Emperor Haile Selassie from power and ended the country’s ancient monarchy. In the 1970s and 1980s rebel groups fought against the military government. In 1992-93 the Ethiopian government had to ask countries to donate food for its people. Although many countries helped, hundreds of thousands of Ethiopians still suffered. From 1998 to 2000 Ethiopia fought a border war with Eritrea.
The capital of the country is Addis Ababa, which means “New Flower.” It is the highest city in Africa, about 8,000 feet above sea level. Today Addis Ababa is the headquarters of several international organizations. One of them is the United Nations Economic Commission for Africa. Another one is the African Union. 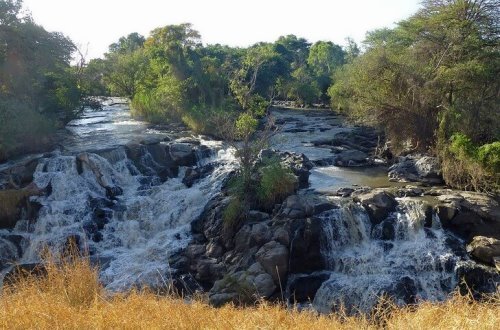 Addis Ababa became the capital of Ethiopia in the late 1800s. Before that the capital was Entoto.
Mount Ras Dejen is the highest peak (4,620 meters).
Danakil Depression is the lowest point (125 m below sea level).
The Blue Nile is the nation’s major river.
Shabeelle is the longest river (2,011 km).
Laka Turkana is the largest lake (6,405 sq km).
There are sixty-seven volcanoes in Ethiopia, more than any other country in Africa. The most famous is Erta Ale. 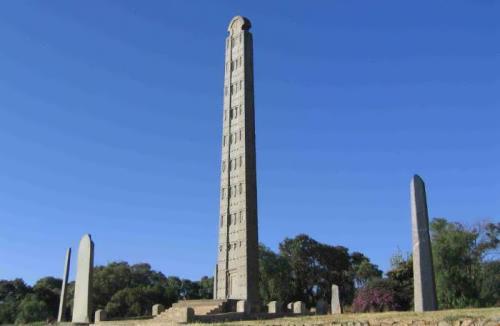 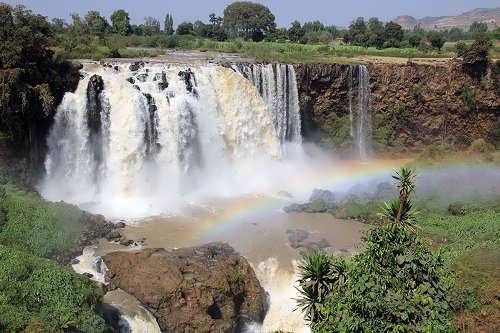 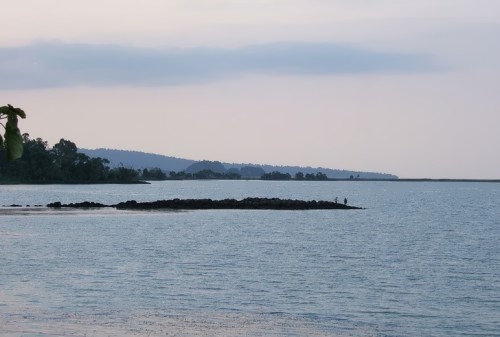 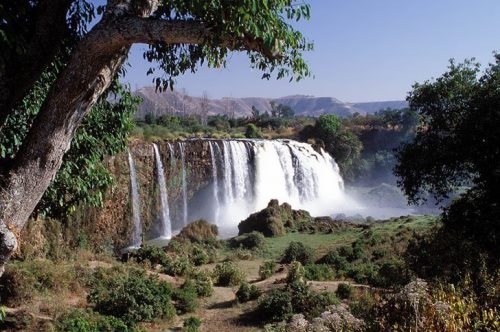 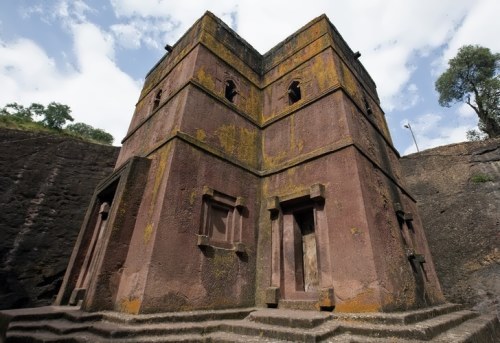 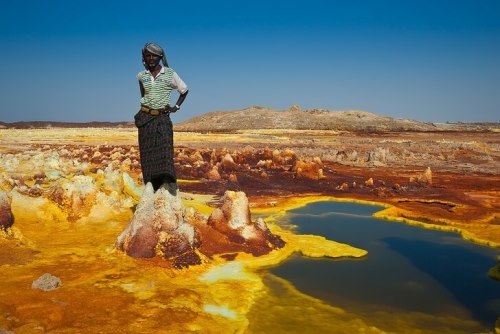 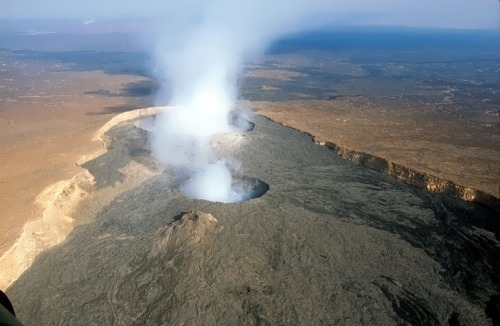 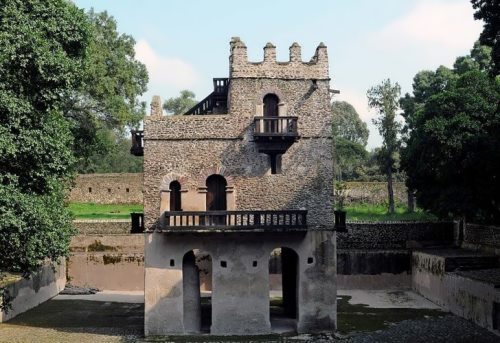 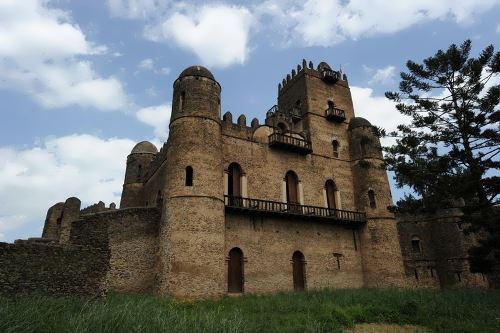 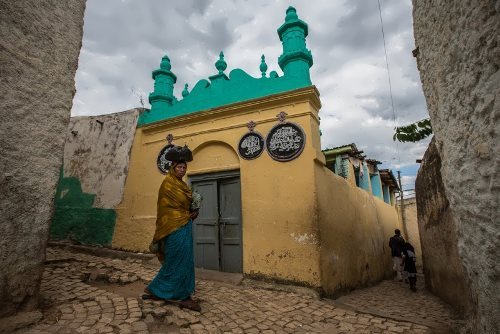 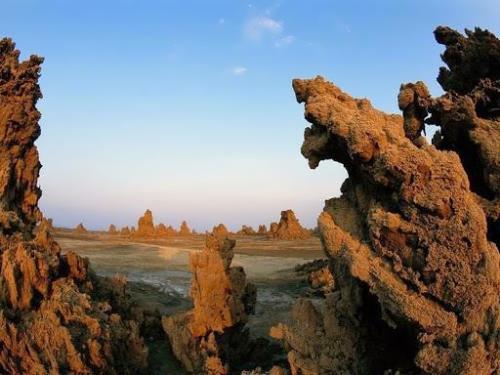 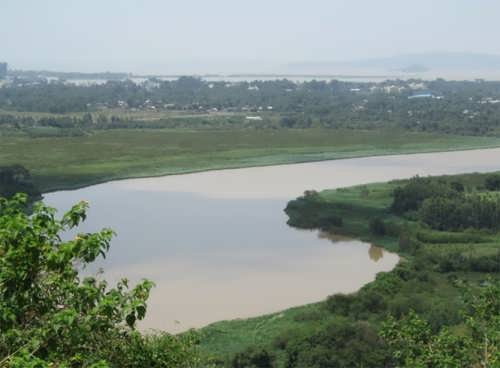 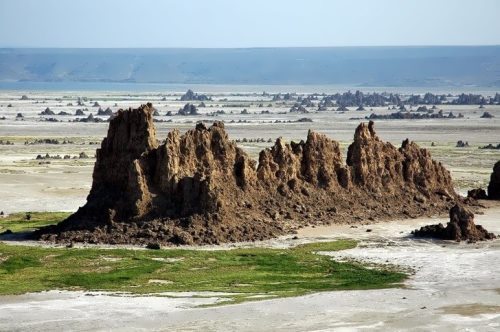 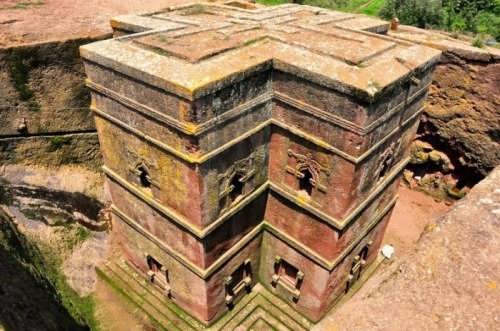 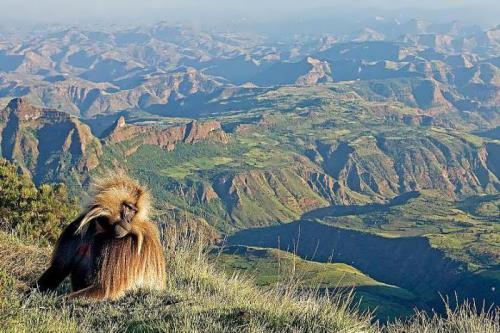 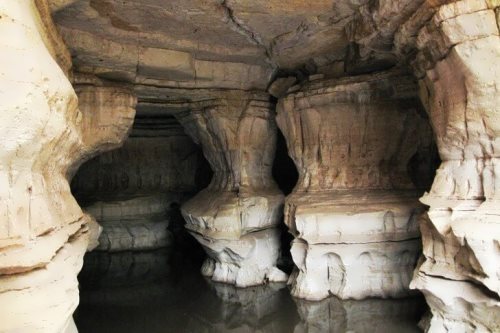 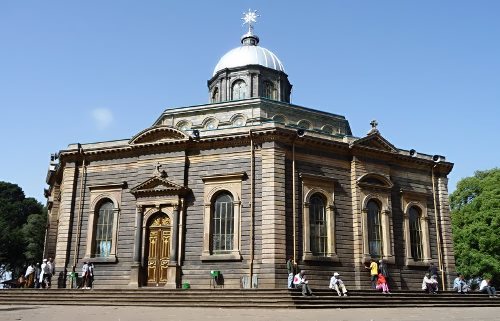