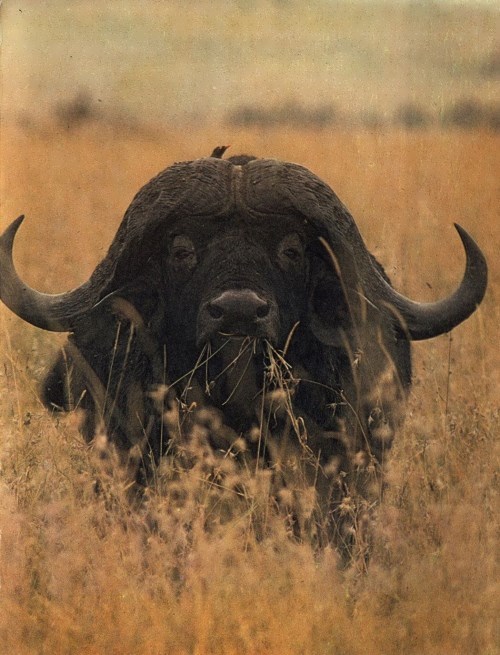 The buffalo are large animals with big horns. The American bison is often called a buffalo, but it is not a true buffalo.
Buffalo live in warm places in Asia or Africa. The best known among them is the Indian buffalo which is also called a water buffalo. These animals love to lie in the water or in mud. It helps them to stay cool and protect them against biting insects.
Most buffalo are mainly black, brown, or gray. They eat mostly grasses and other vegetation.
People use buffalo to carry loads, pull carts, and to plow fields, especially in India and East Asia. They also eat meat and use skin for making leather goods. Many things are made from the buffalo’s horns.

All buffalo have horns, but they are different – some curve backward and some curve inward. The Asian water buffalo and the African Cape buffalo have the biggest horns.
The Cape buffalo is the only kind of buffalo that lives in the wild in Africa.
Buffalo live in herds that may consist of up to several hundred individuals. Earlier the buffalo herds were much larger and lived across the savannah.
Big wild cats (leopards, tigers, lions) prey on young buffalo. Crocodiles catch them in rivers and lakes. When a lion attack adult buffalo will pursue a predator and can even kill him.
A female buffalo gives birth to a single infant after a pregnancy period of 310 to 340 days. The infant is then nursed for up to nine months.
Mozzarella cheese used to be made from water buffalo milk. 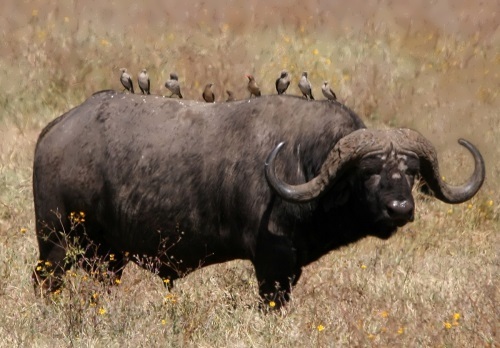 Buffalo are disappearing because of excessive hunting, the destruction of their habitat to create agricultural land, and diseases transmitted by cattle and other domestic livestock.
Buffalo is a symbol of peaceful power in India, Asia and North America. In India and Southeast Asian water buffalo is a sacred animal. Yama, the Hindu and Buddhist god of death, rides a buffalo. Buffalo’s heart is a symbol of death in Tibet. 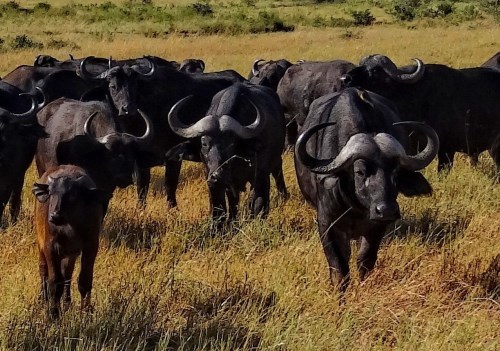 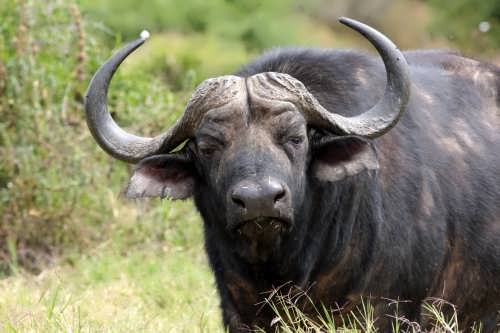 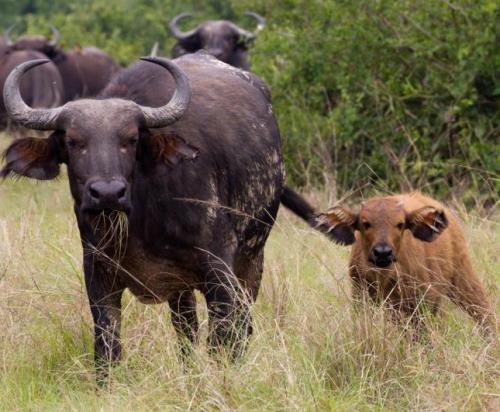 Buffalo and a calf 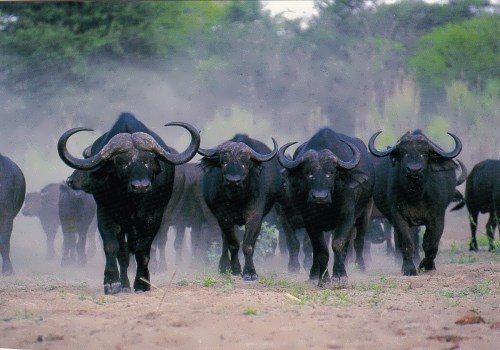 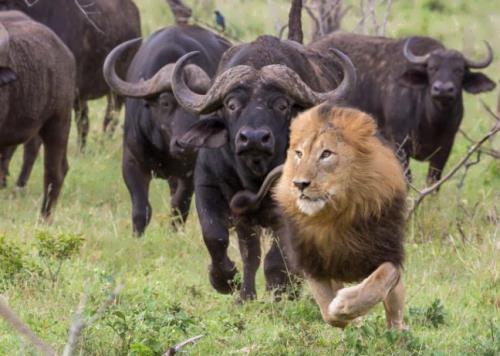 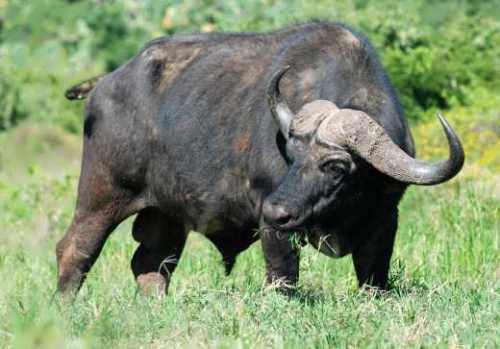 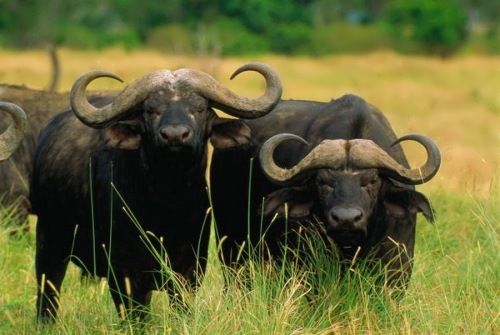 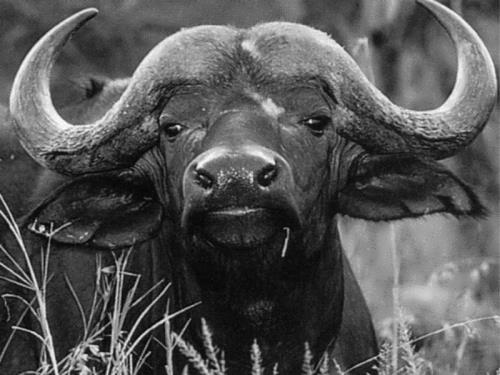 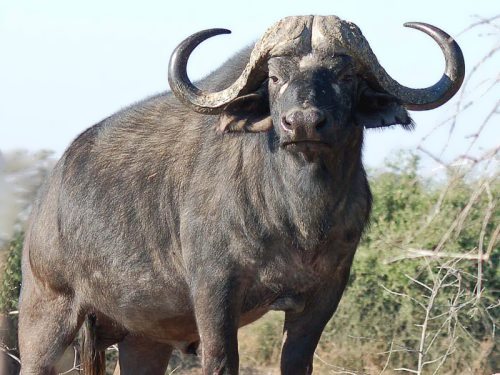 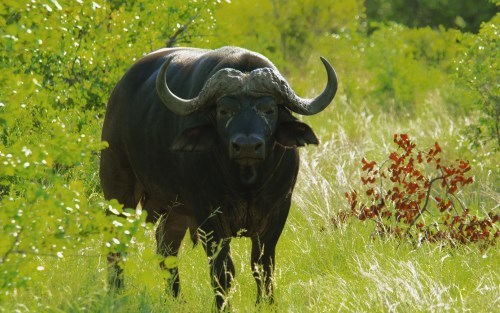 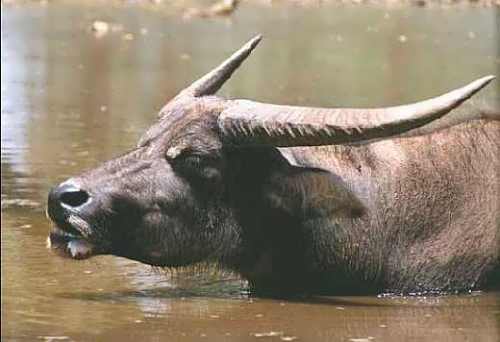 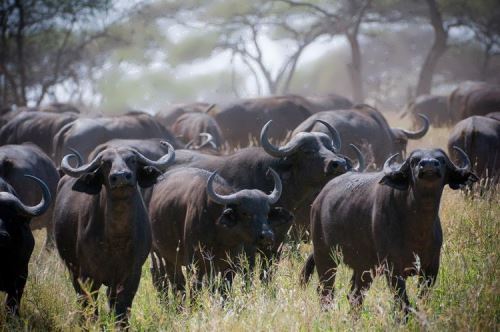 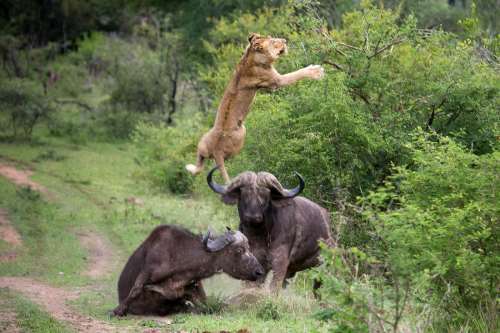 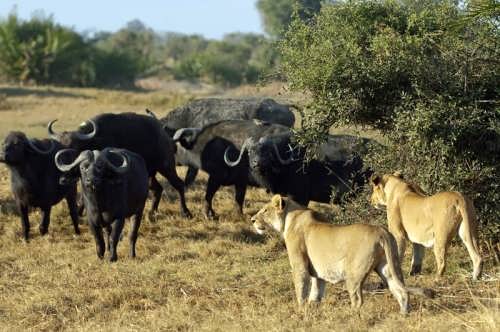 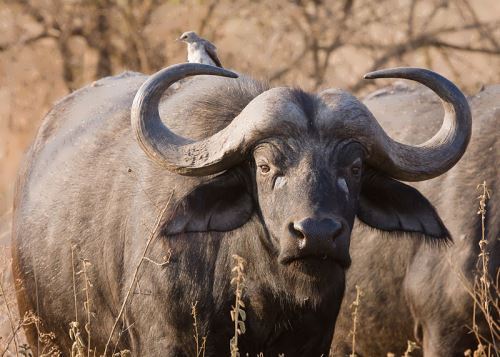 Little bird on a large buffalo 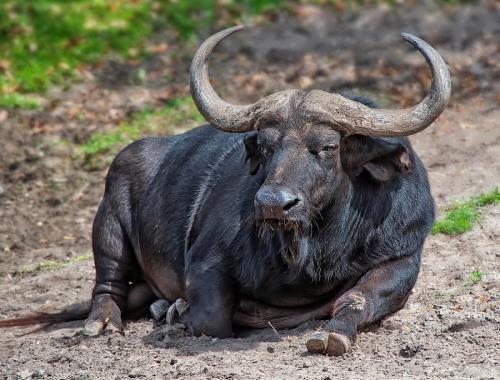 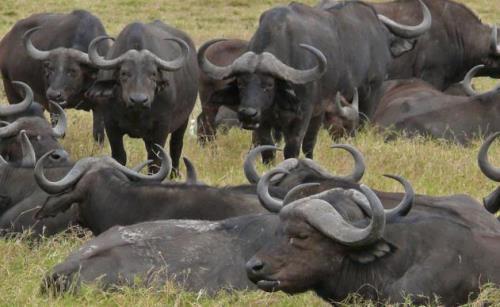 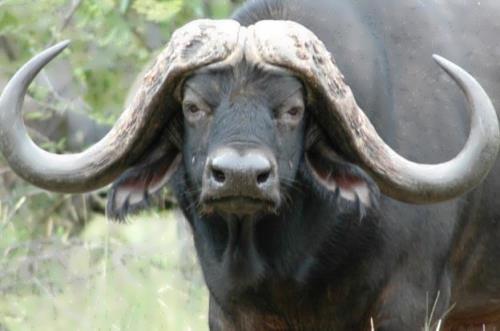 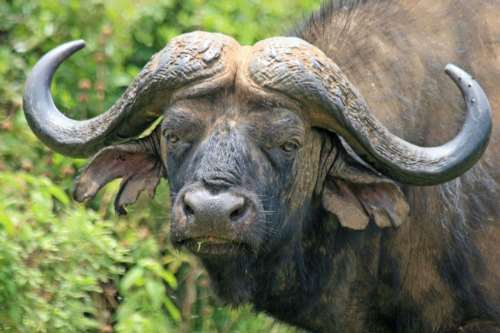