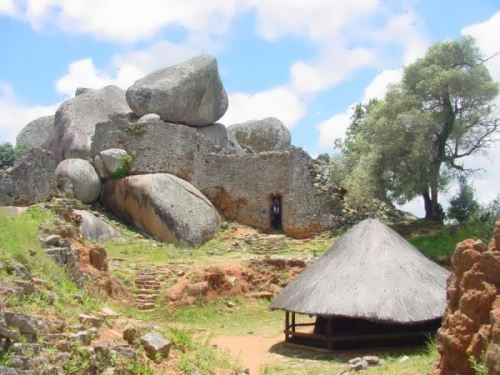 Zimbabwe is an African country. For many years it was called Southern Rhodesia. English is the official language, because the region spent many years under British colonial rule. In 1980 Zimbabwe officially gained independence. Zimbabwe is a Bantu word meaning “stone houses.”
Zimbabwe’s area is 390,580 square kilometers. It shares borders with Zambia, Mozambique, South Africa, and Botswana. The official name is Republic of Zimbabwe.
Victoria Falls, one of the world’s mightiest waterfalls, was formed by the Zambezi River. Lake Kariba, one of the world’s largest artificial lakes, was created when the huge Kariba Dam was built over the Zambezi River. 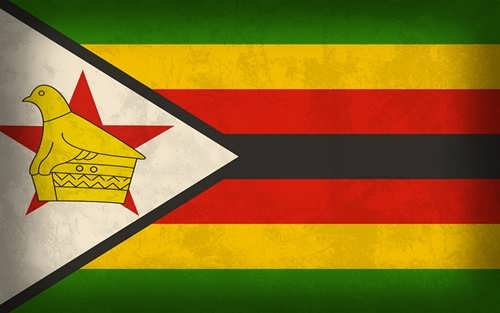 The capital city is Harare. It is Zimbabwe’s center of business, banking, and industry. The University of Zimbabwe is located in Harare. The city is also home to the National Archives, which displays historical documents. At the National Gallery of Zimbabwe you can see an impressive collection of African painting and sculpture.
Zimbabwe is rich in many natural resources, the major ones being gold, chrome, coal, copper, and nickel. Reserves of chromium ore, asbestos, iron ore, vanadium, lithium, tin, and platinum are also found in Zimbabwe.
The highest point on mainland is Mount Inyangani (2,592 meters).
The lowest point on land is Junction of the Runde and Save Rivers (162 meters).
Between the AD 400s and 900s Bantuspeaking peoples came to the region. They built a city of stone in the southeast which was the center of a rich trading empire from about 1100 to about 1500. The stone ruins at the site are called Great Zimbabwe. The complex of buildings was discovered only in 1867. Many adventurers wanted to find gold of ancient kings there. Alas there wasn’t much gold in Great Zimbabwe. However, this architectural monument is a real treasure of national African culture. 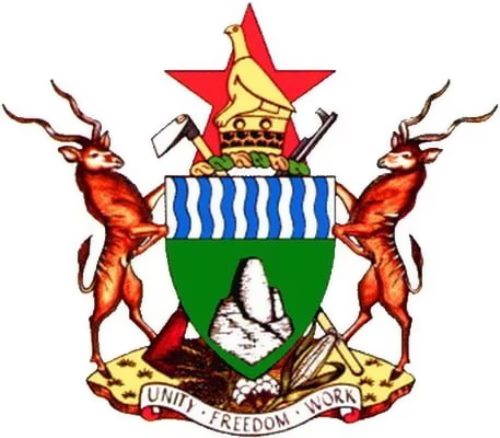 Coat of arms of Zimbabwe

Interesting facts
– You can see Kalashnikov rifle on the coat of arms of Zimbabwe.
– The first president of the country had the surname Banana and he even passed a law banning jokes about his name.
– In 2009, the inflation rate was 321 million percent. The bank notes were one hundred trillion Zimbabwe dollars. As a result US dollars became national currency.
– Unemployment in Zimbabwe is about 80 per cent.
– Crocodile meat is the national cuisine. 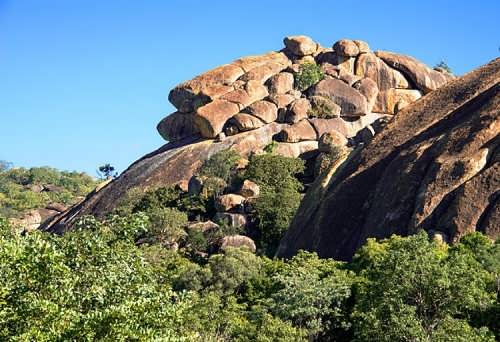 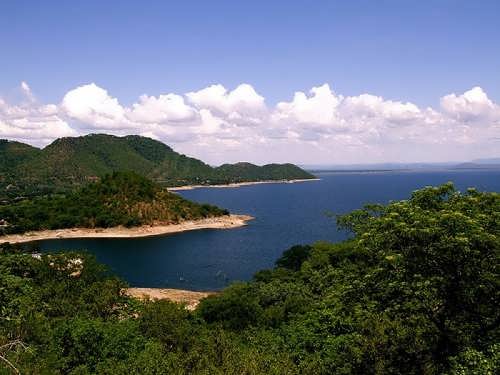 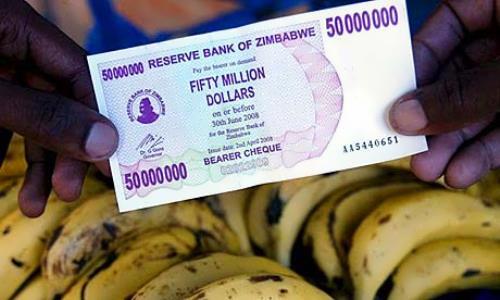 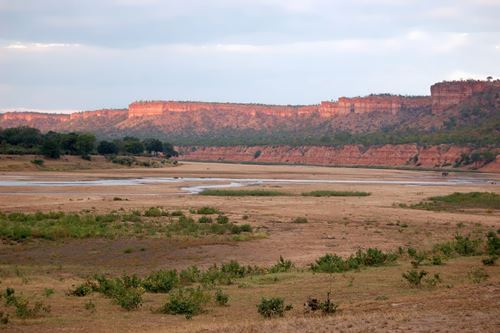 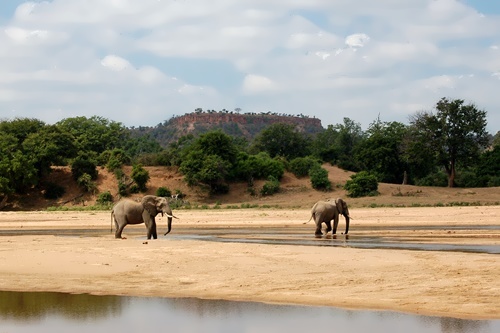 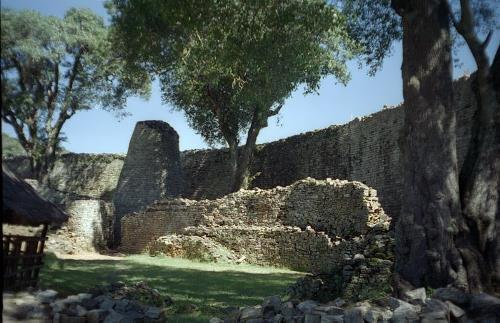 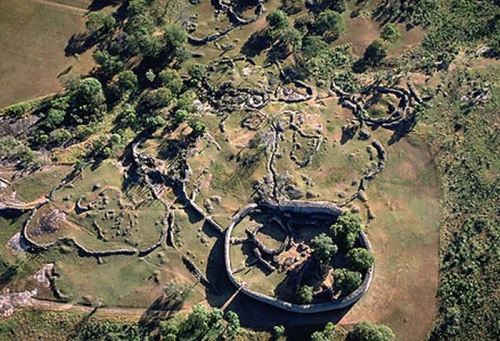 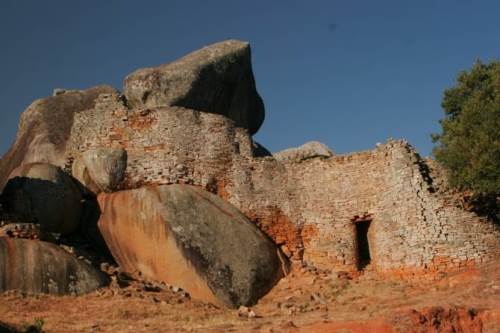 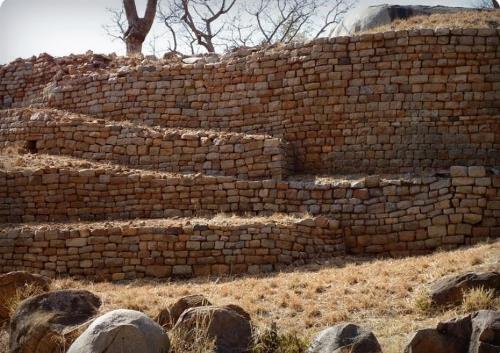 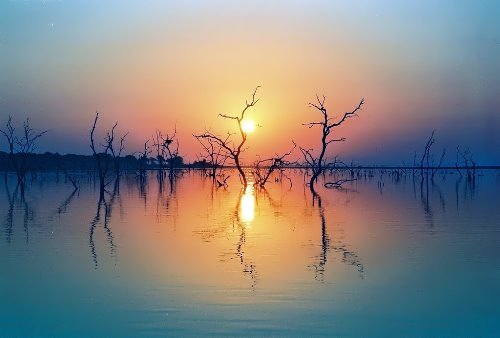 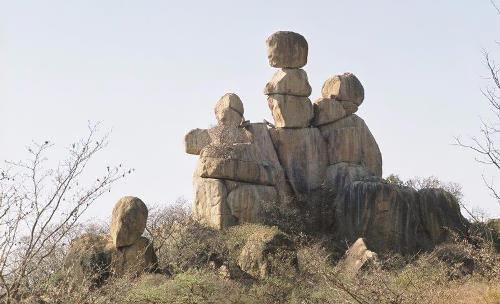 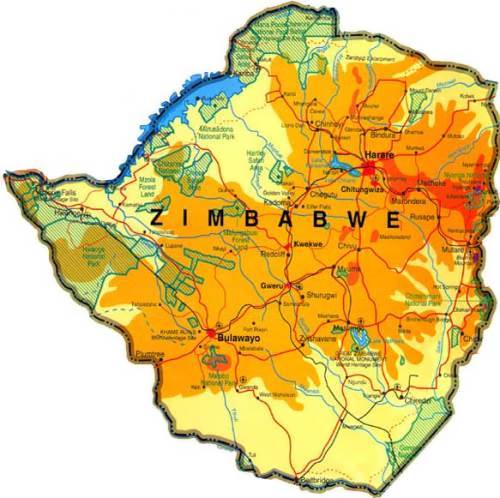 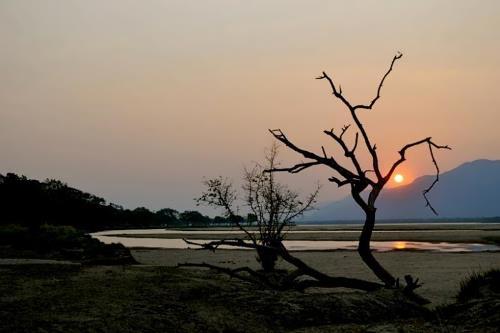 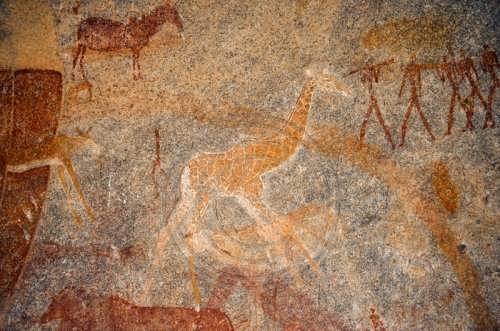 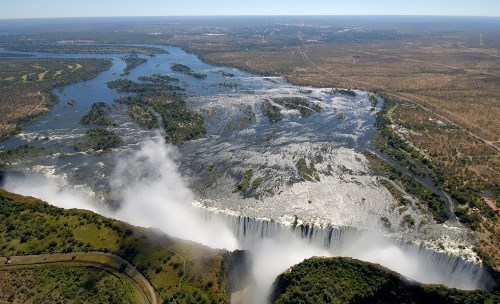 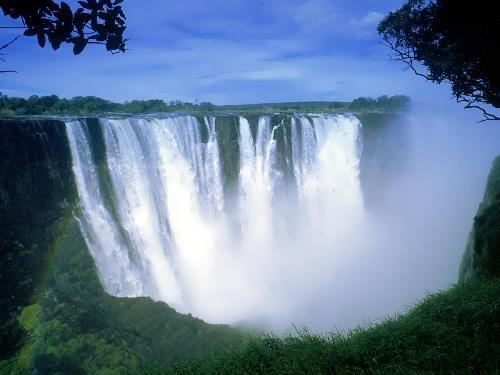 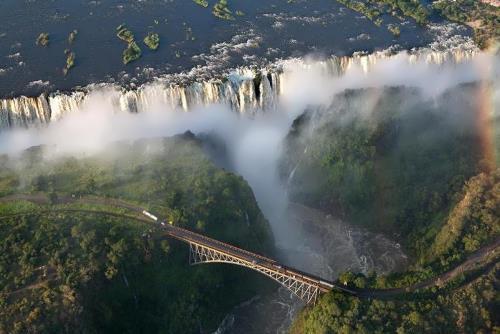 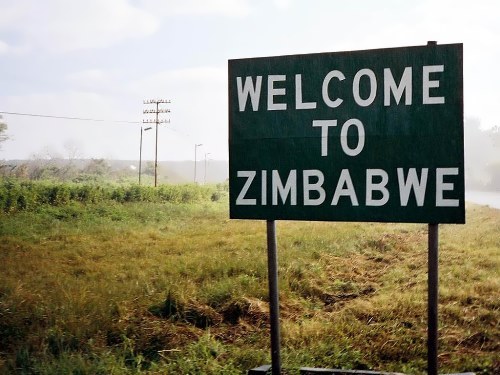 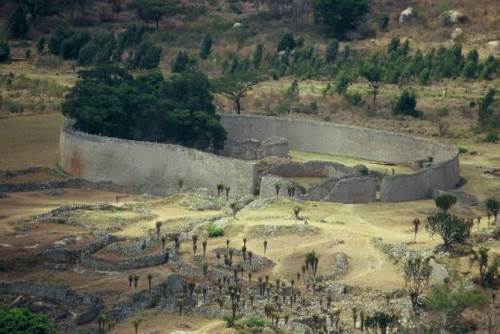