« Different calendars
How do freckles form »

Cotton is the most important and widely used natural fiber in the world. It is primarily an agricultural crop, but it can also be found growing wild.
Cotton was one of the first cultivated plants. There is evidence that the cotton plant was cultivated in India as long as 5,000 years ago.
The cotton plant is cone or pyramid shaped and grows to a height of 0.9–1.8 m. The fruit of the cotton plant is called the boll. Different kinds of cotton plant produce fibers of different lengths. The longest fibers may be 6.5 centimeters long.
Cotton plants grow in warm areas in many parts of the world. Some of the top cotton-growing countries are the United States, Pakistan, India, and Uzbekistan. China is the world’s biggest producer of cotton. 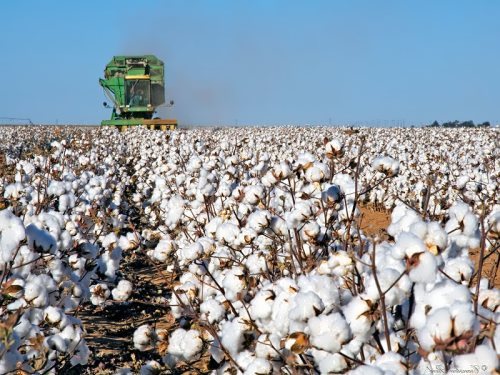 For centuries, harvesting was done by hand. Cotton had to be picked several times in the season because bolls of cotton do not all ripen at the same time.
When bolls are picked the seeds are separated from the cotton fibres. Cotton oil made from the seeds is used for salad cream and in the production of soap. The fuzz round the seeds is used in the production of rayon.
The cotton is taken to cotton mills, where several machines pull at the tangles in the fibres. Strong currents of air pull away dirt and pieces of seed until the cotton looks like a filmy fleece.
The fibres are next separated on the rollers of a carding machine and then they pass through thin tubes to form flat ribbons or slivers. The slivers go into a drawing frame, where they are put evenly side by side with several hundred of them made into one fat sliver. This fat sliver is drawn out through rollers to make a fine strong thread. The thread is then wound on a bobbin. Two threads are twisted together on a spinning-machine and wound into spools ready, for weaving.
Weaving cotton is more difficult than weaving wool, for the threads are much thinner. But the principle is the same. The warp threads are threaded up through bobbins on a special frame while the weft threads are woven through at right angles to the warp threads.
The cloth is then passed on to be bleached, dyed or painted. Before bleaching it passes through red-hot copper plates to single the fluffy fibres off the surface. Then the cloth is placed in a chlorine bath which makes it white. After that it is washed thoroughly. Next it may be placed in a bath of sodium hydroxide (caustic soda) to get a sheen. Finally it goes to be dyed or printed with ink dyes between very big rollers.
In 1793 Mrs. Samuel Slater became the first woman to file for a U.S. patent. The patent was for a new kind of cotton thread.
People use cotton to make clothing, sheets, towels, carpets, sails, and many other textiles, or cloth goods. 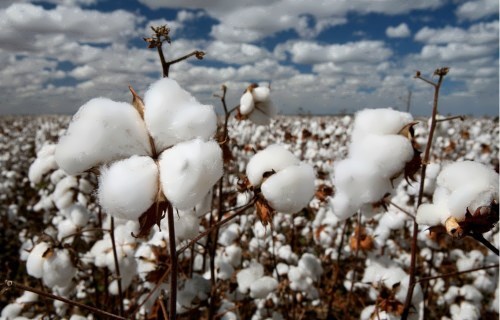 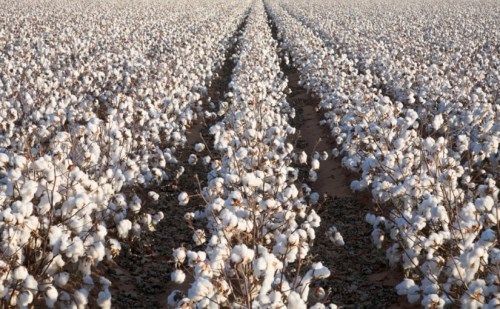 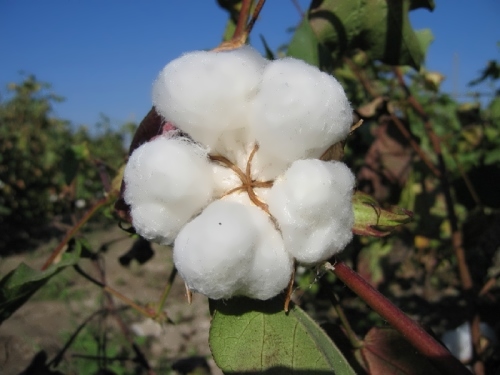 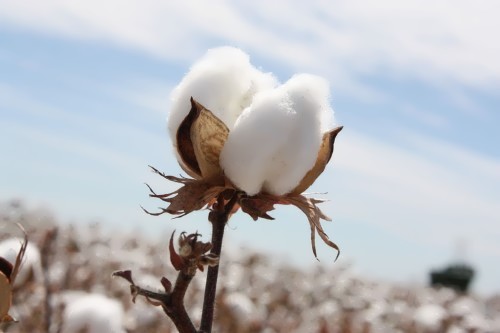 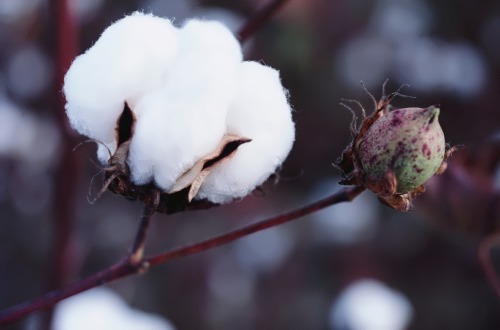 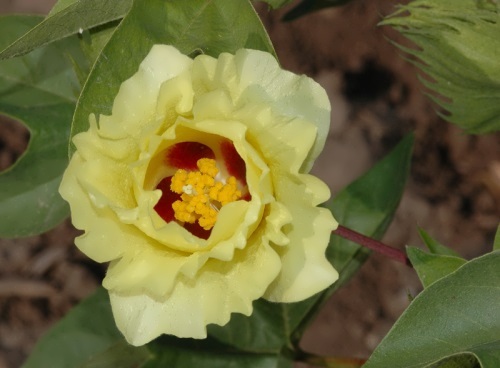